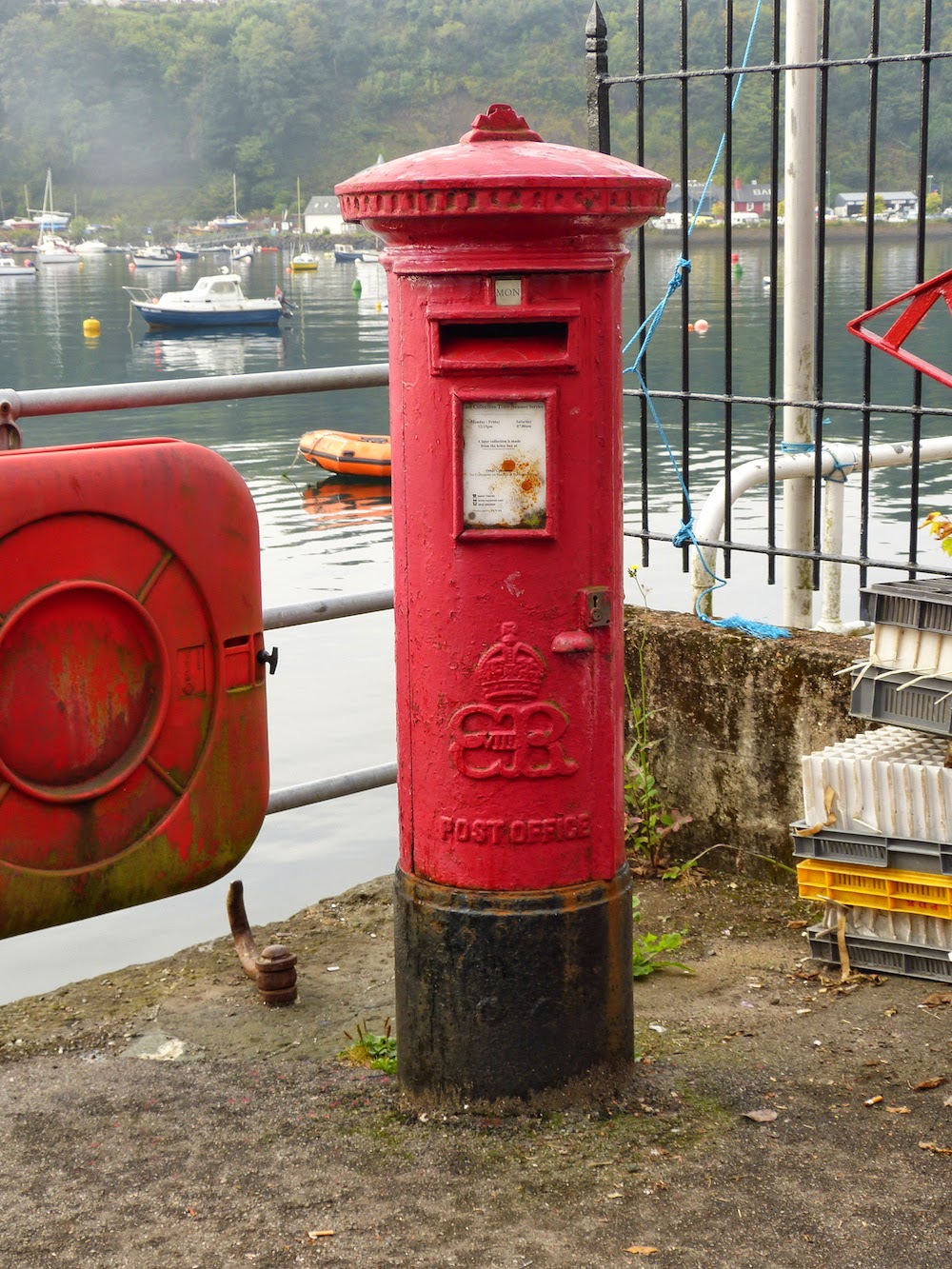 Many thanks to Alasdair Thornton for drawing my attention to this post box, which sits on the pier at Tobermory.  Both he and I have never noticed it, but his far more observant friend, Mike Brooks, points out that it very special indeed.

Most of us, had we taken the time to find it, might have noticed that it had ER on it, and presumed this referred to the present queen.  But, look more closely: it's EVIIIR, Edward VIII, the king who abdicated within a year of his coronation in 1936.  Obviously, there were very few post boxes made in the short time he was king, but Tobermory has one - and, according to a comment on this blog site, may even have two.  The writer, humbugshouse, has found 74, and includes photos of them, but there may be more, with one other in Scotland, in Glasgow.


Many thanks to Alasdair for photo and story.
Posted by Jon at 07:30