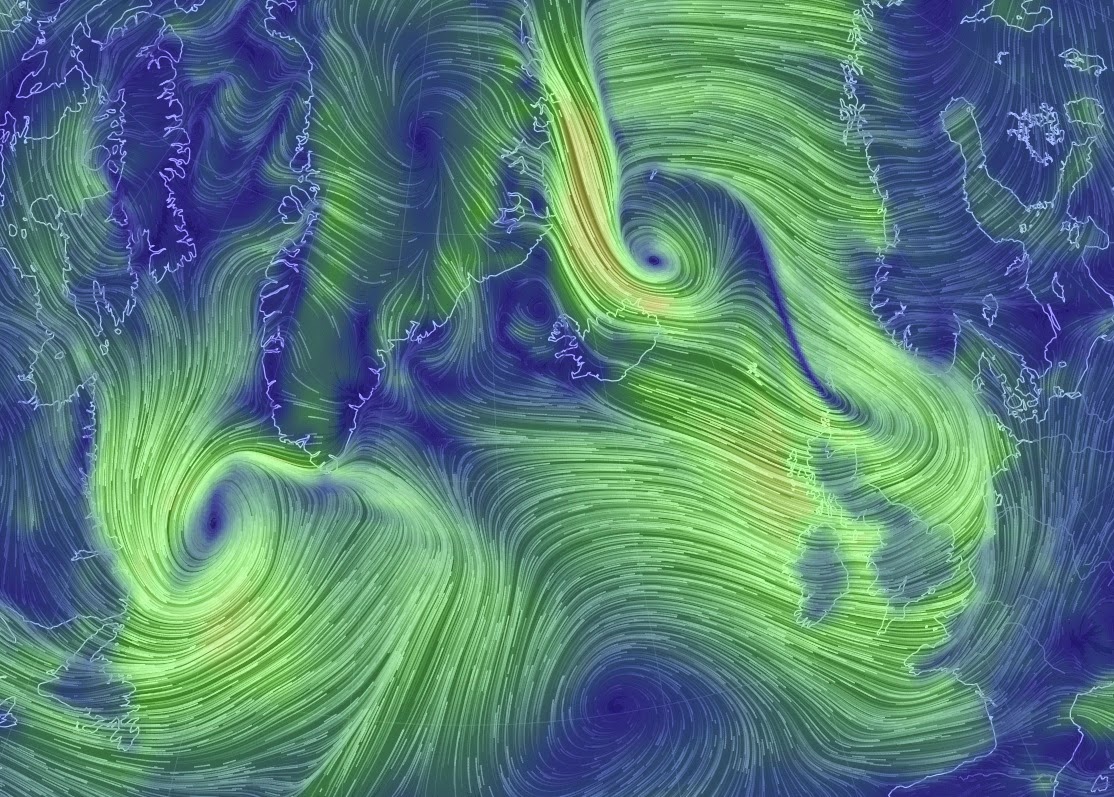 The Atlantic was a pretty lively place today - picture shows a clipping from the excellent site run by Cameron Buckle, here.  The slightly red tinge indicates very high wind speeds.  Ours were high, but the north coast of Iceland had even higher. 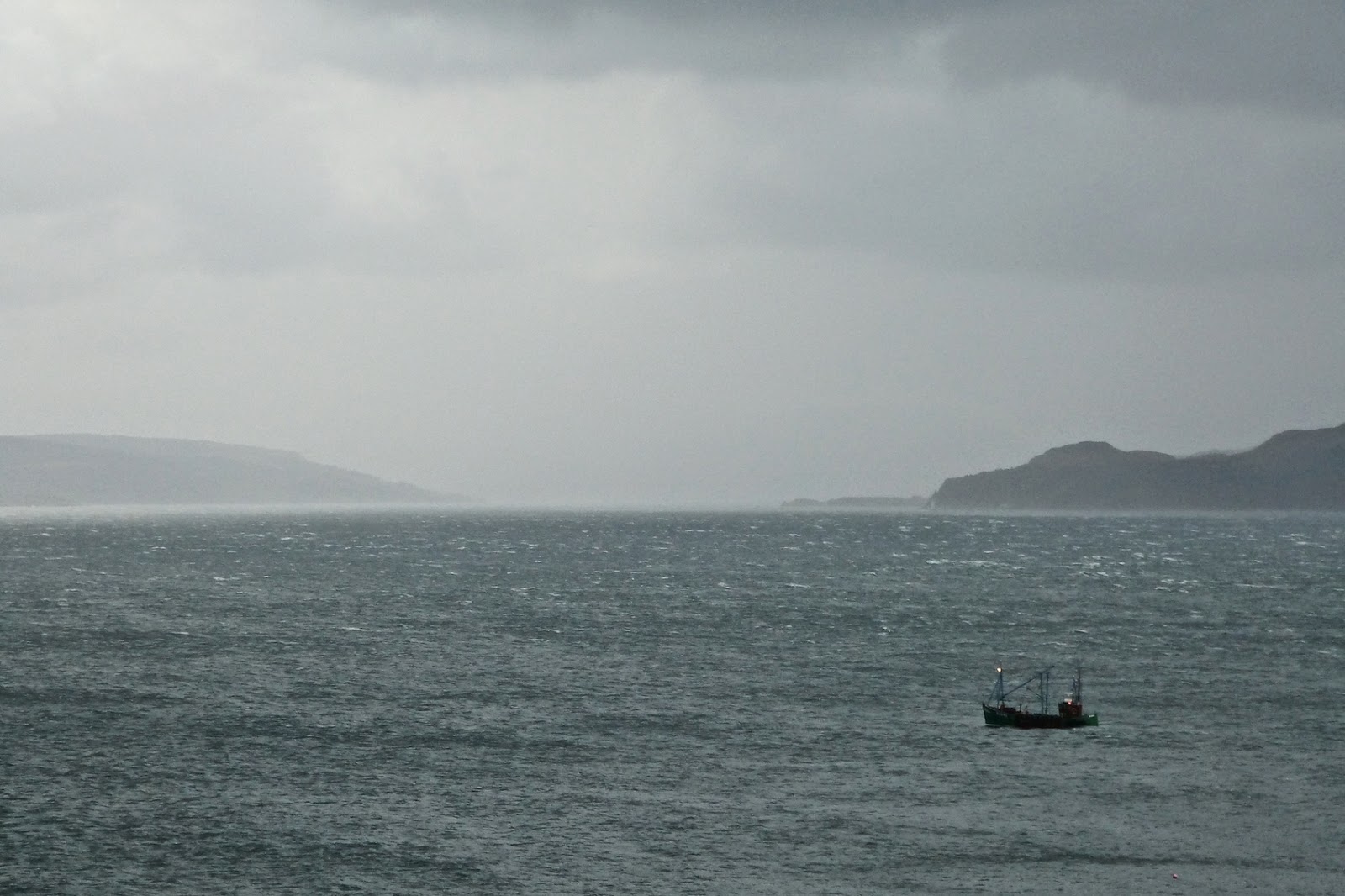 Not that one would have known there were storm force winds on their way at seven this morning, when the clam dredger Vervine bustled across from Tobermory and began fishing off Ormsaigbeg.... 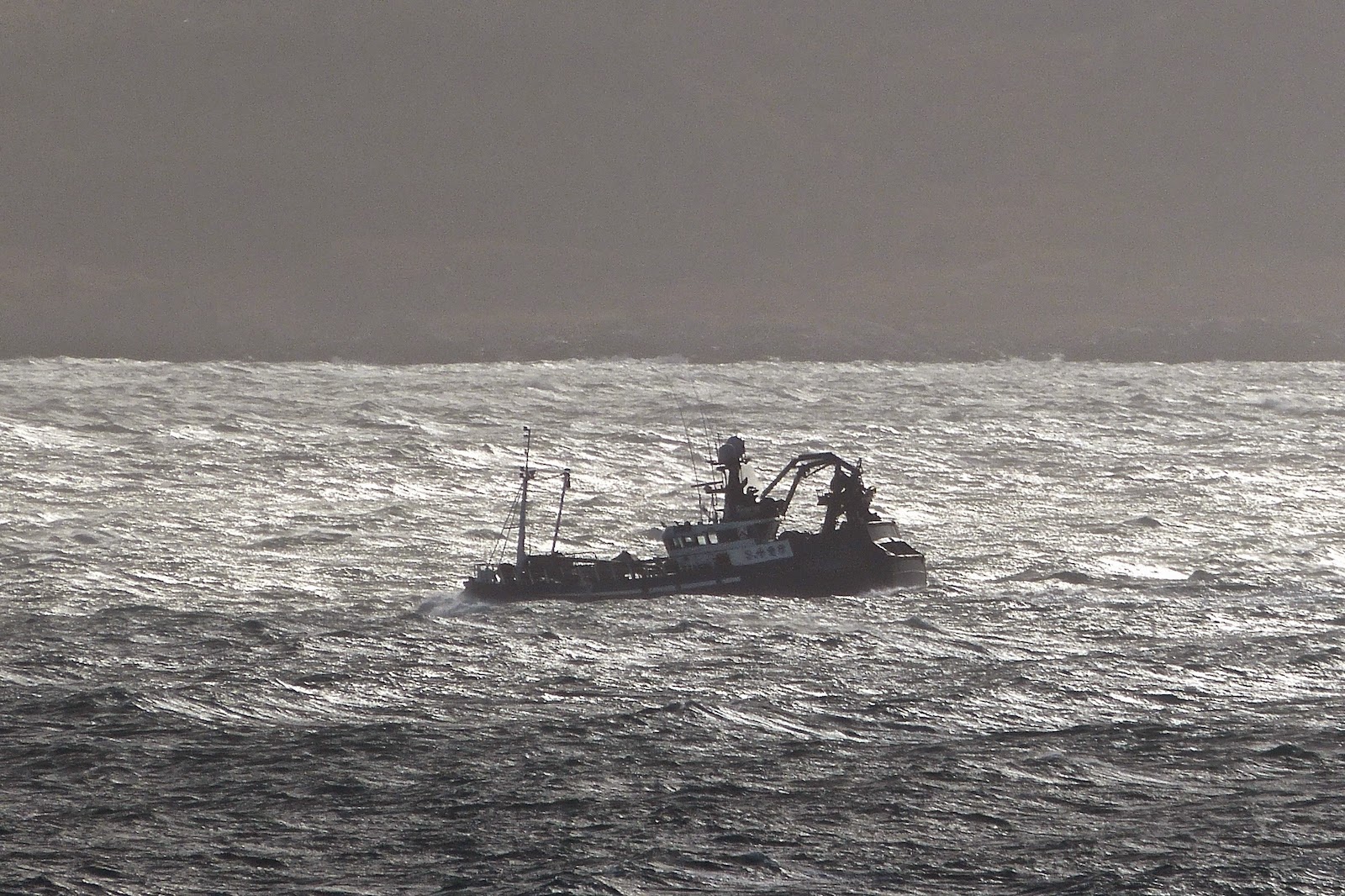 ....but by lunchtime, anyone at sea would have been experiencing the full force of ex-hurricane Gonzalo.  Not that this deterred two Irish-registered fishing boats from rounding Ardnamurchan Point and coming into the Sound.  This is S448, the Rachel Jay, a Skibbereen-registered trawler.... 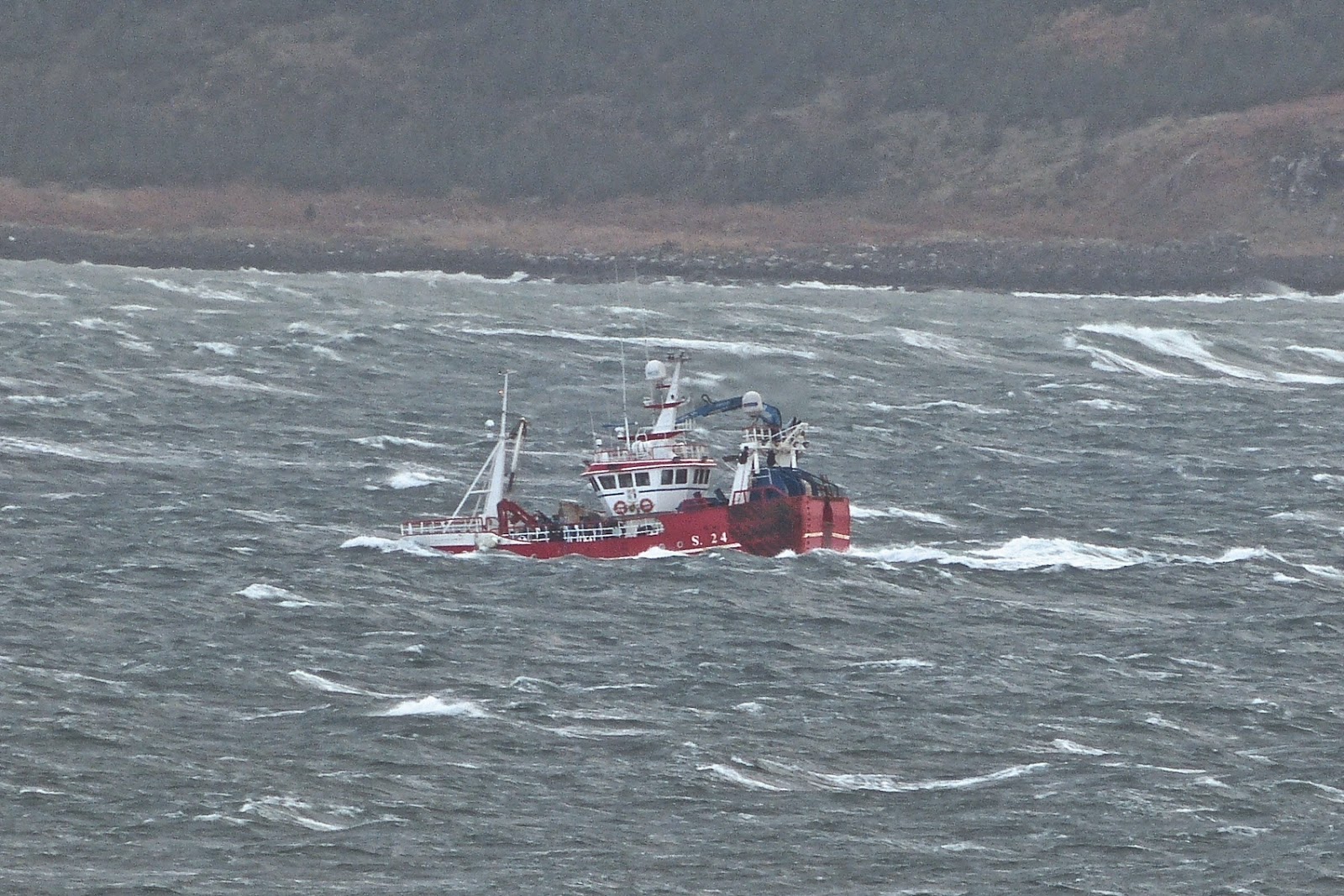 ....followed by S24, the trawler Dillon Owen.  As can be seen, the Sound, despite lying largely in the lee of Ardnamurchan, was a lively place, but to appreciate.... 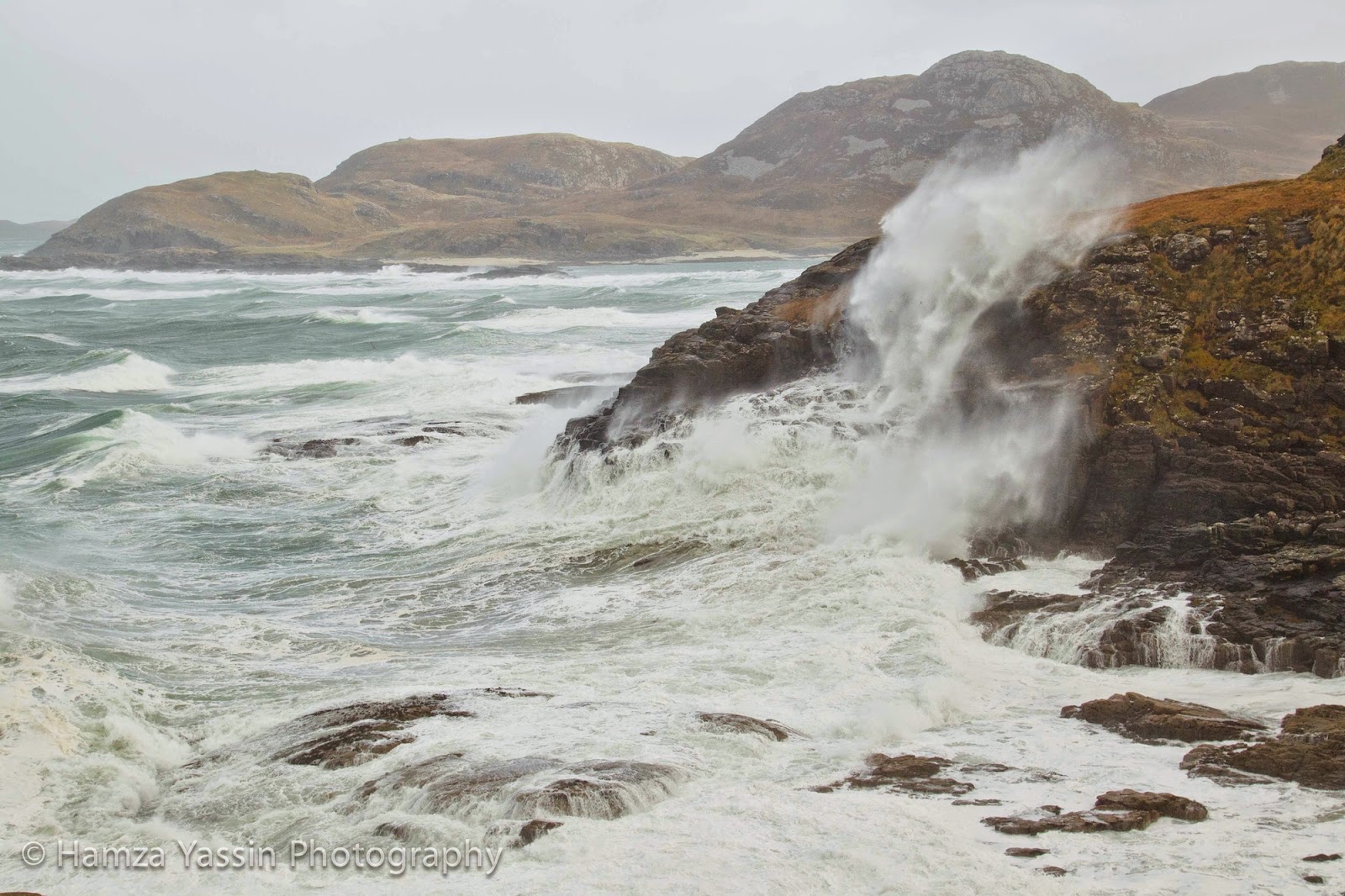 ...the full force of the elements one had to venture, as Hamza Yassin did, to Ardnamurchan Point.

Dominic Cooper, who lives on the north coast but whose weather station was relatively sheltered, recorded winds varying from 50mph to gusts of 62mph, strong gale force 9 to storm force 10.  CalMac is reporting twenty-four west coast routes with ferries cancelled or disrupted.  Unusually, as the Loch Linnhe seems to sail in pretty dreadful weather, Kilchoan-Tobermory sailings are cancelled.


Many thanks to Hamza Yassin for the lighthouse photo.
Hamza's Facebook page is here.
Posted by Jon at 15:01