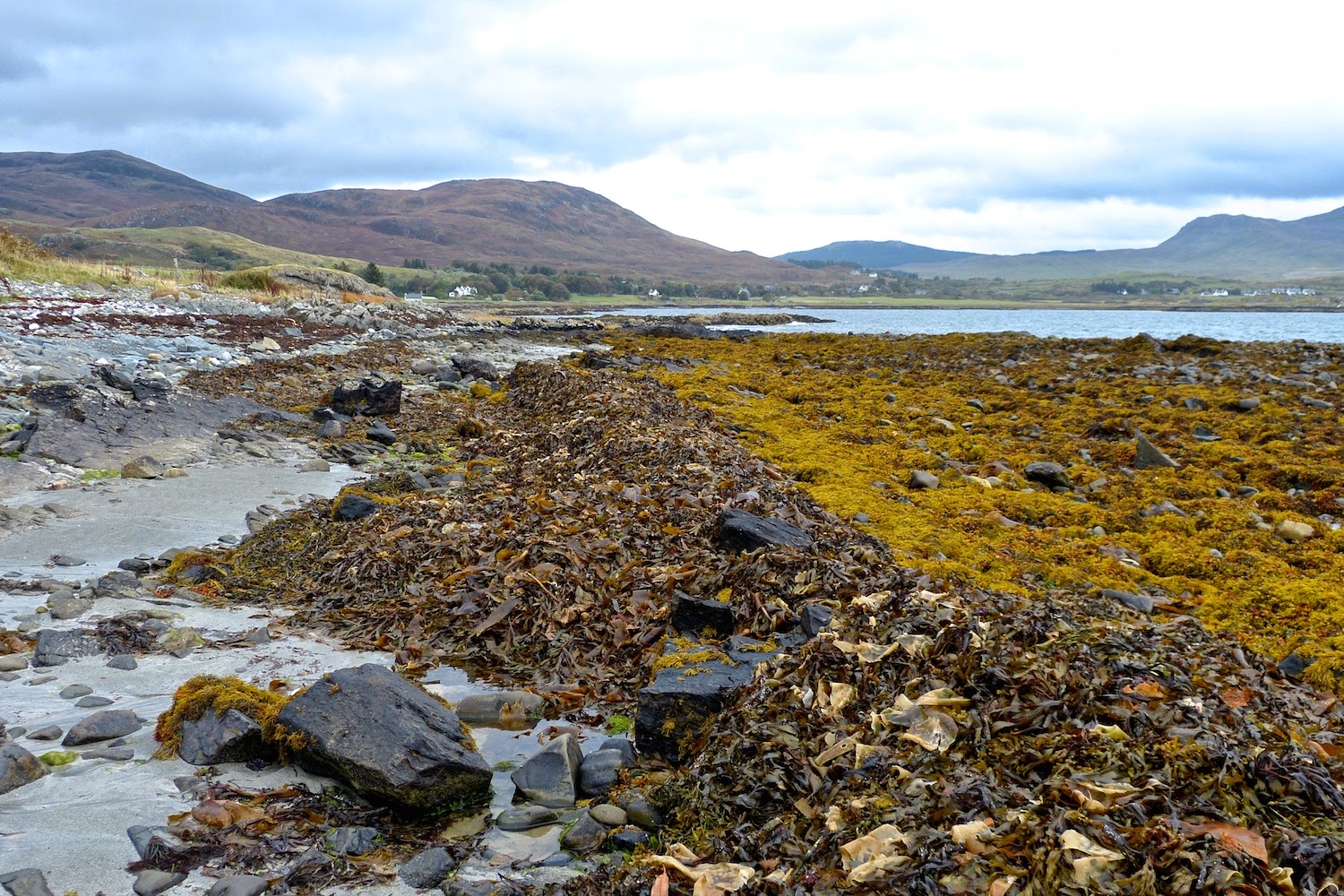 Our first walk since returning to Ardnamurchan had to be a gentle one as we've become too used to the carefully signposted and often immaculately maintained 'trails' that the Canadian National and Provincial Parks provide for their walkers.  So we wandered along the beach below Ormsaigbeg, which shows evidence, in the piles of kelp, of the first strong winds of the winter, which came in on Thursday. 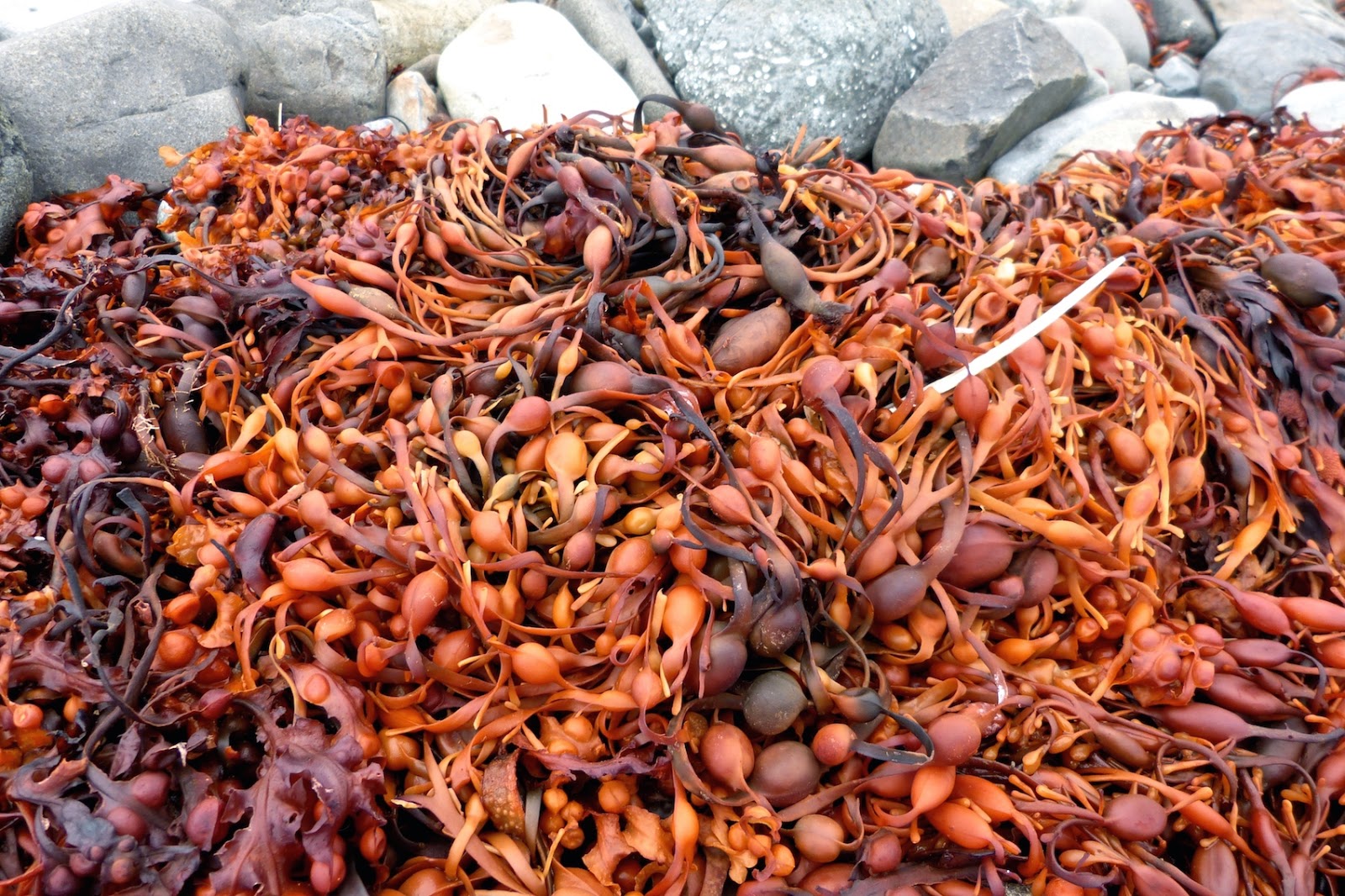 Not all the beached seaweed was kelp.  Some feet above the kelp line was an earlier high-tide mark which was littered with this unusually orange weed, perhaps a bladder wrack which had been baked in the fine weather which Ardnamurchan has enjoyed almost throughout our absence. 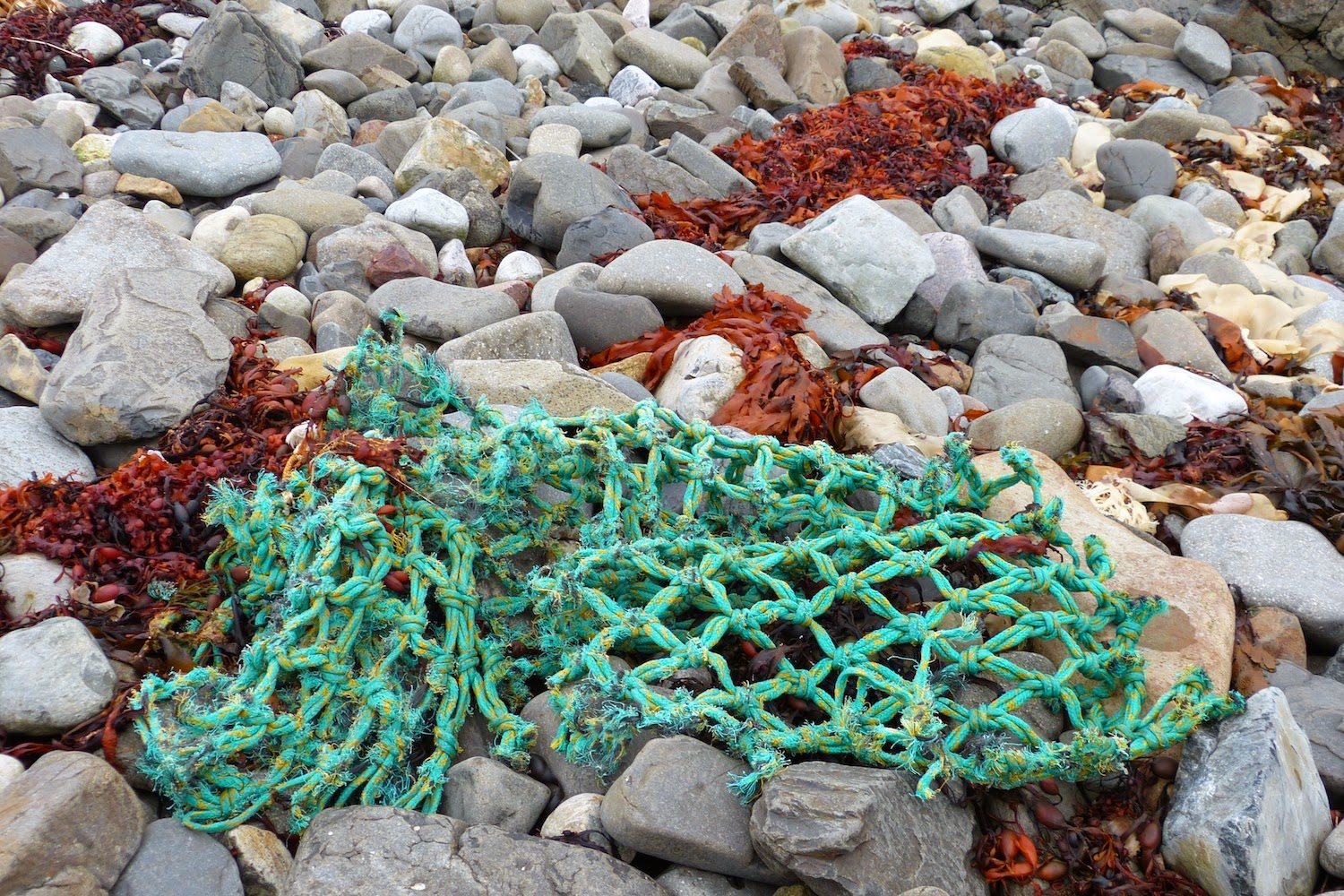 Each time we walk along the beach there's something new in the way of flotsam. Much of it is human debris, such as a piece of fishing net, broken fish boxes, old rope, a plastic vitamin pill container, a glove, a pot noodle container, and.... 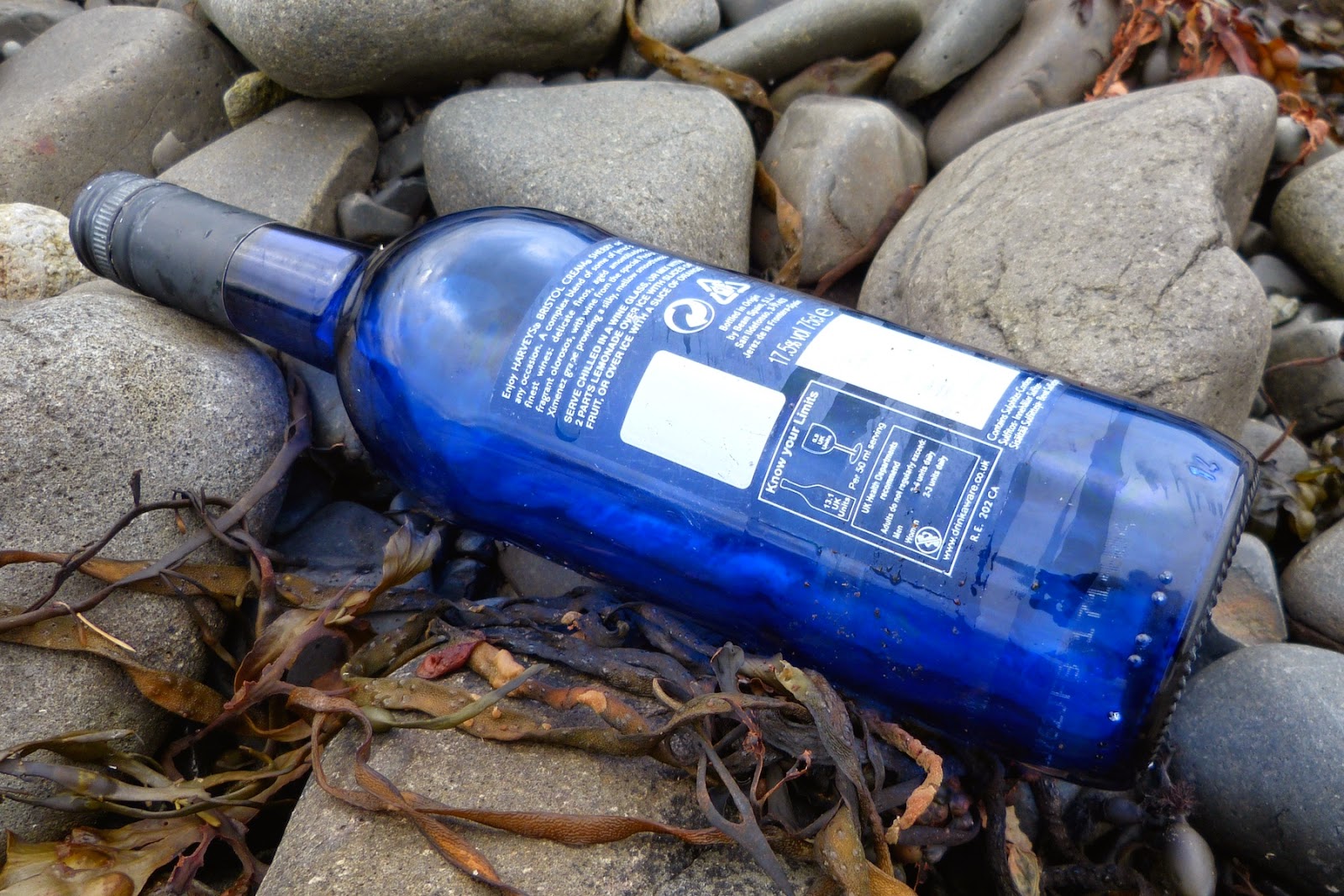 ....the very distinctive blue glass bottle of Harvey's Bristol Cream - it's so heartening to see the good taste of some of those that throw their rubbish overboard. 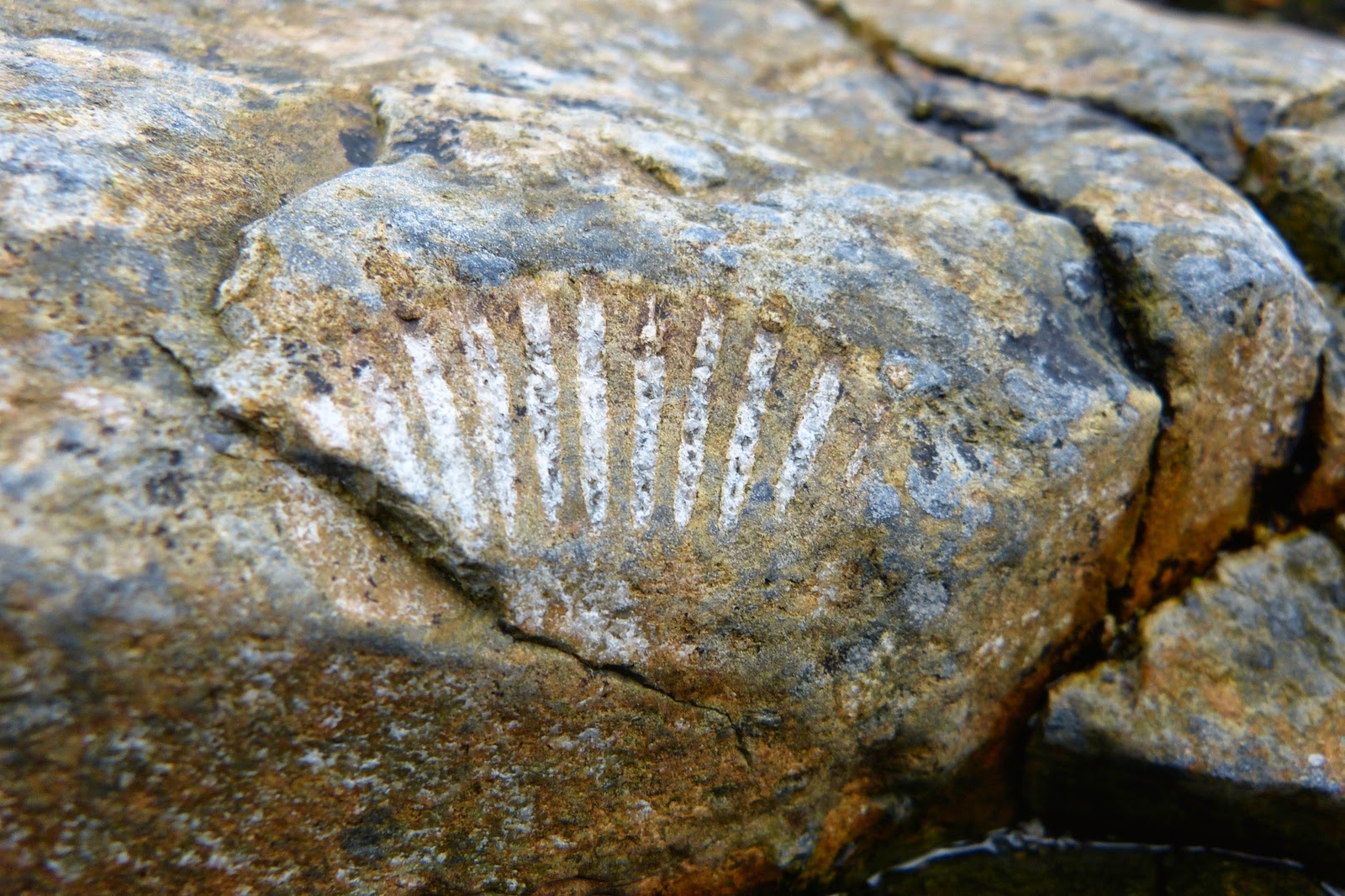 The cobbles that form the Ormsaigbeg shore are largely derived from the local igneous rocks of the Tertiary volcanic complex and the huge variety of material brought in by the ice, but some of the local rocks are Jurassic limestones and contain fossils.  This could be a pecten - scallop - shell. 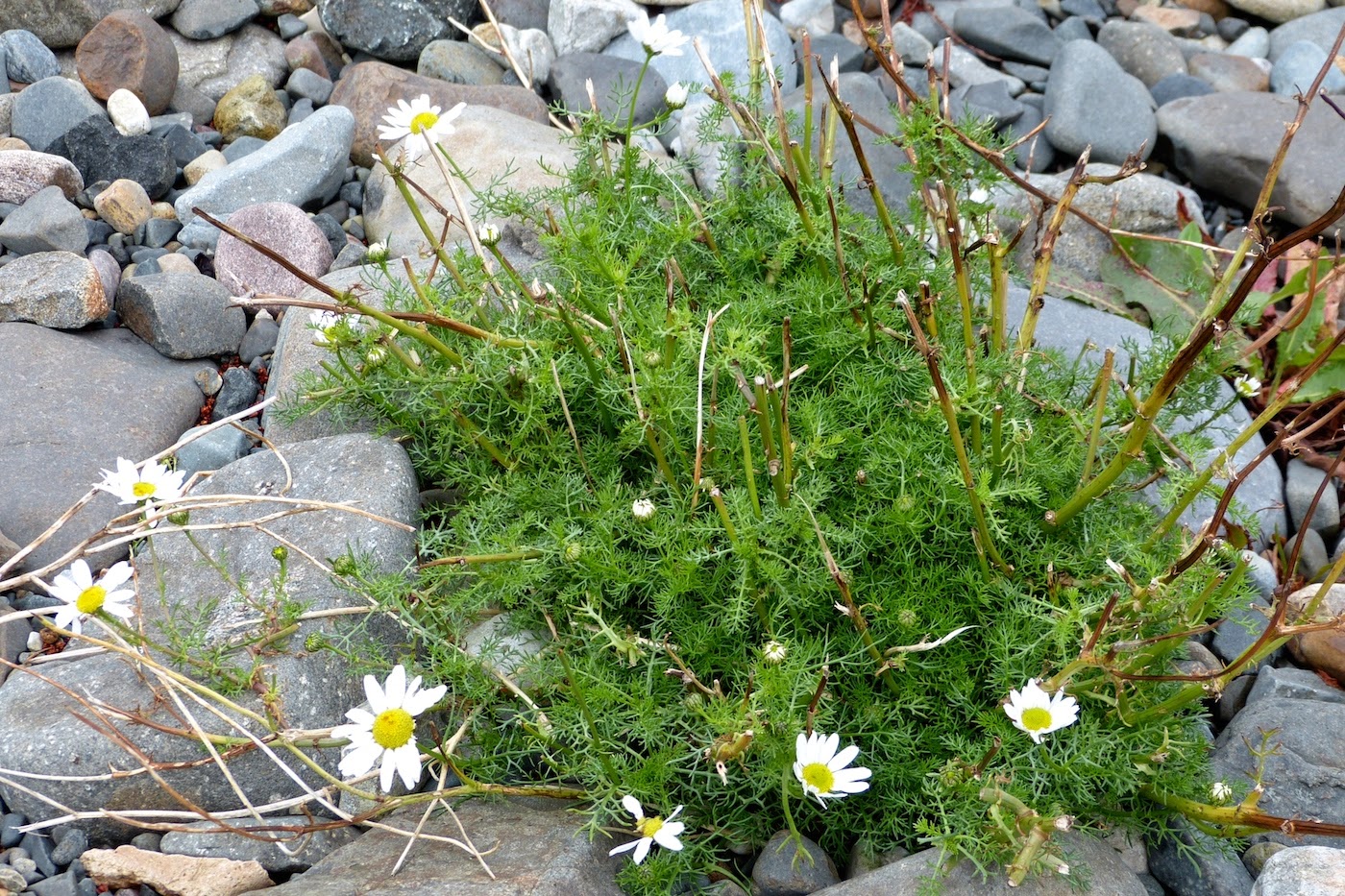 There are still flowers in bloom just above the high-tide mark, including one very solitary thrift, which really ought to have finished ages ago, and this daisy-like flower, which may be sea mayweed, growing in between the pebbles in what looked like impossibly barren conditions. 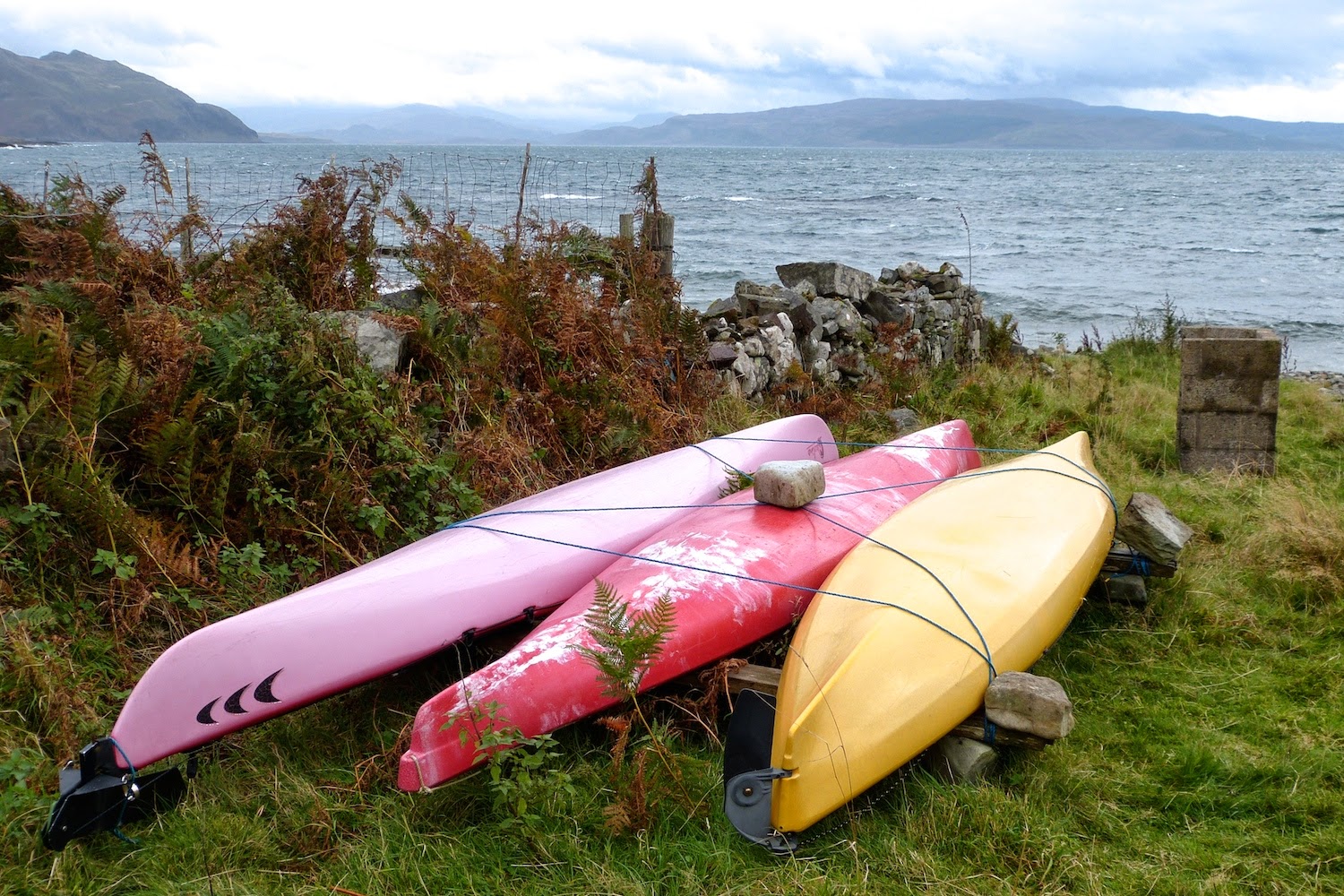 There was a further purpose to our walk along the beach.  The weather forecast for the early hours of tomorrow morning promises the first full gale of the winter, along with some heavy rain, so we checked the lashings on the kayaks we keep at the back of the beach.  We still use Yr No for forecasts, though the BBC Weather site is hugely improved, and both have the same warning.  But for sheer elegance.... 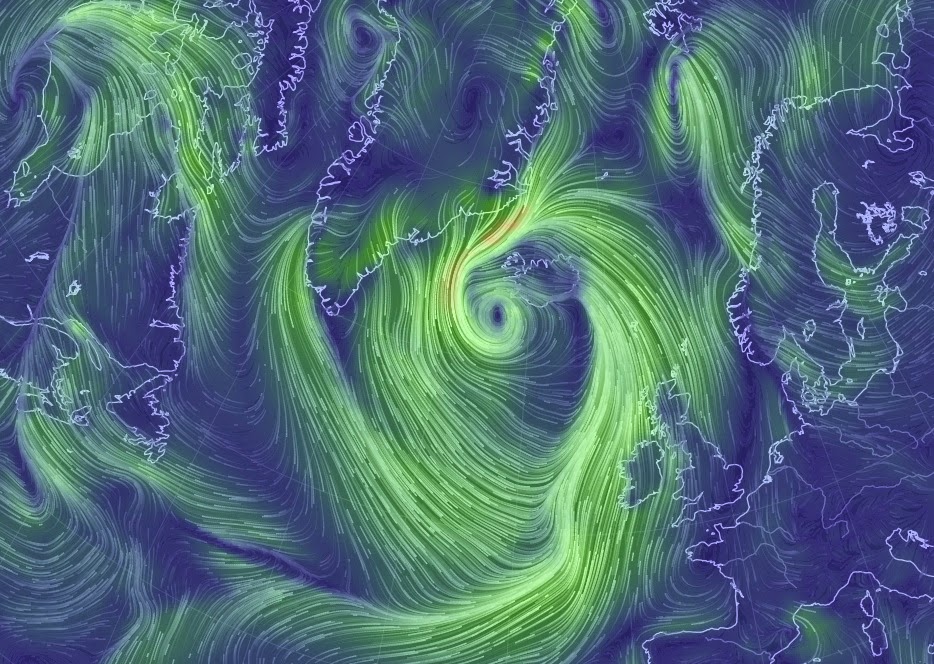 ....there's nothing to beat Cameron Beccario's elegant Global Winds website from which this clip is taken.  It shows the nasty little depression, currently causing severe gales in the Denmark Strait between Iceland and Greenland, which is on its way towards us.  There's a link to the site here.
Posted by Jon at 15:53