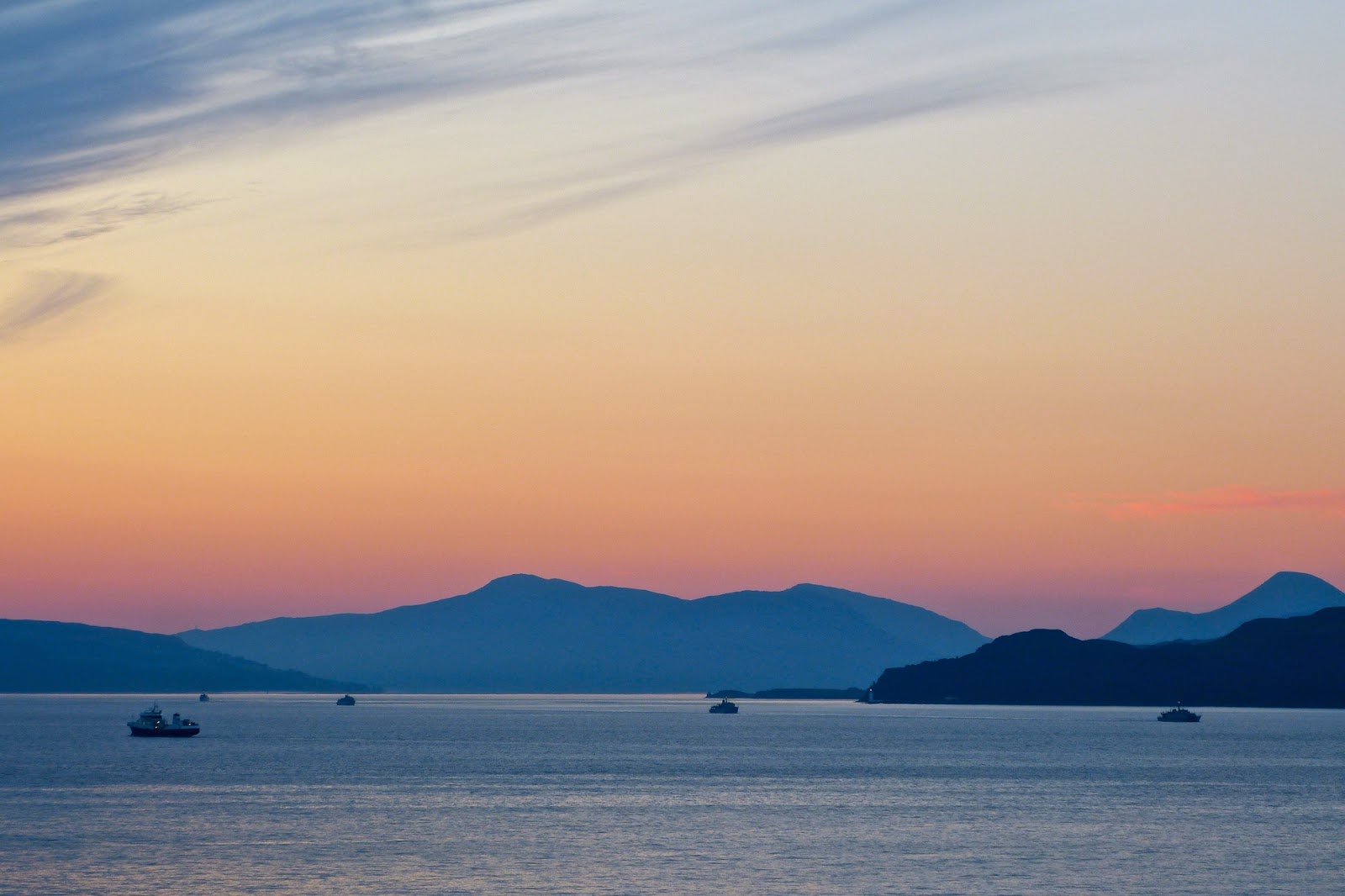 The Royal Navy put in an appearance this morning as a dawn patrol of four vessels sailed up the Sound at about 7.30.  From right to left, they were the Sandown Class mine countermeasures ship HMS Pembroke, M107, the Hunt Class mine countermeasures ships HMS Middleton, M34, and HMS Brocklesbury, M33, and the Dutch mine hunter, HNLMS Makkum, M857.  The ship in the left foreground is the well boat Ronja Commander on her way to Loch Sunart to pick up salmon from one of Marine Harvest's fish farms. 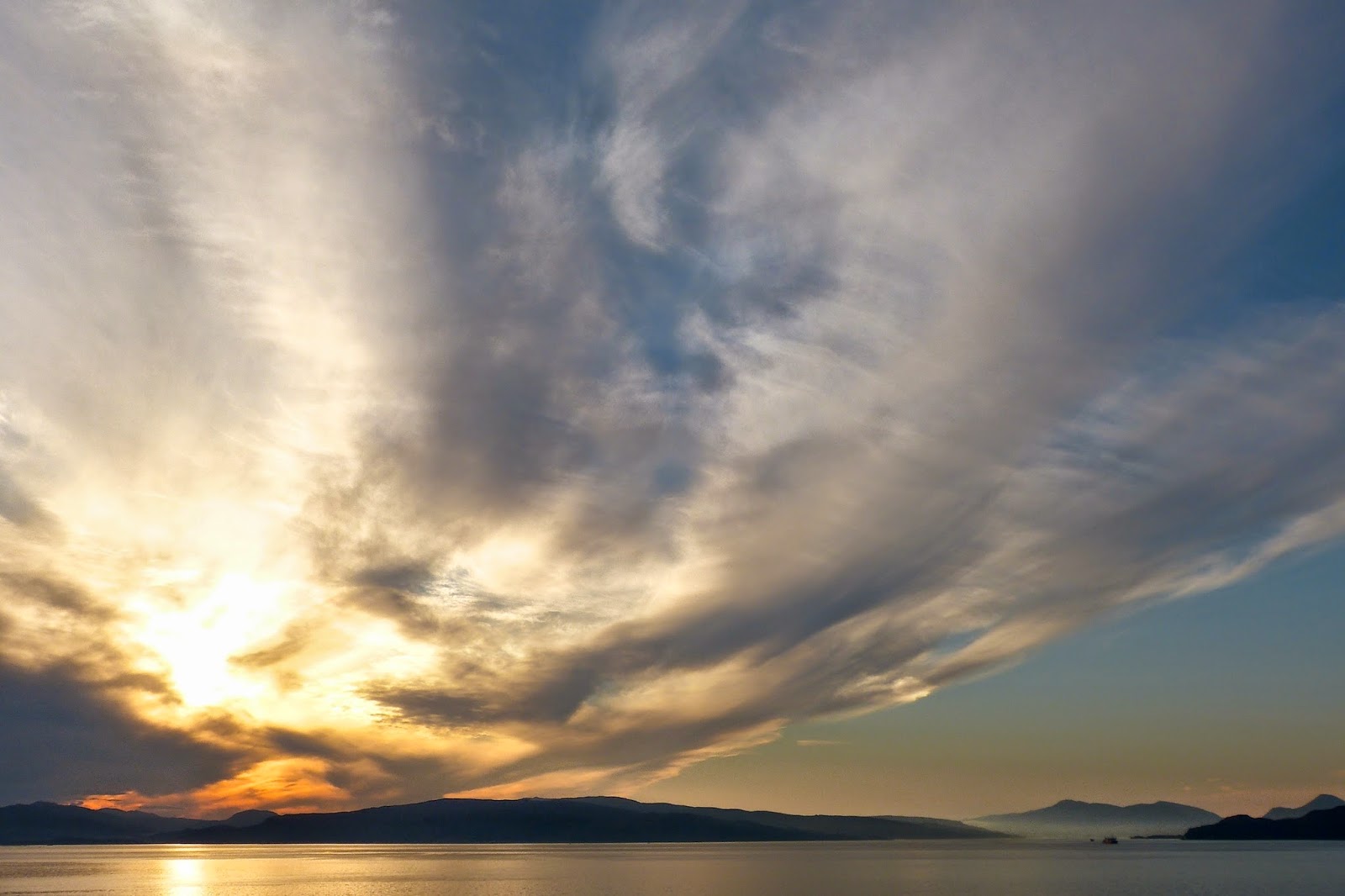 An hour later the sky had become a little more exciting, with the mist still lying across the distant Sound, through which the Trans Dania can just be seen. 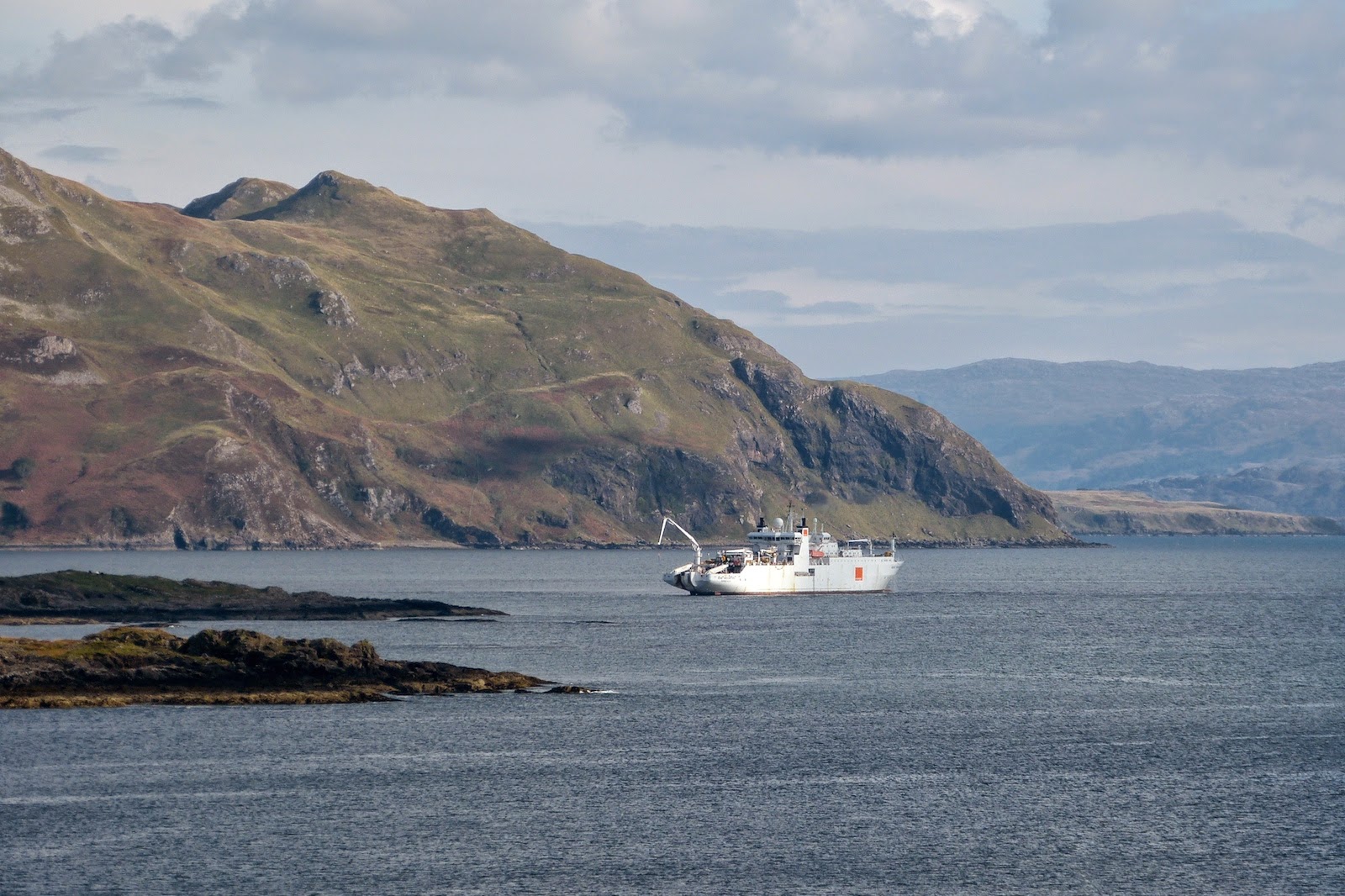 The Rene Descartes spent most of her day off Mingary Pier, with two tenders moving between her and the shore.  With the wind settled firmly in the north, we've had a beautiful day.
Posted by Jon at 15:12