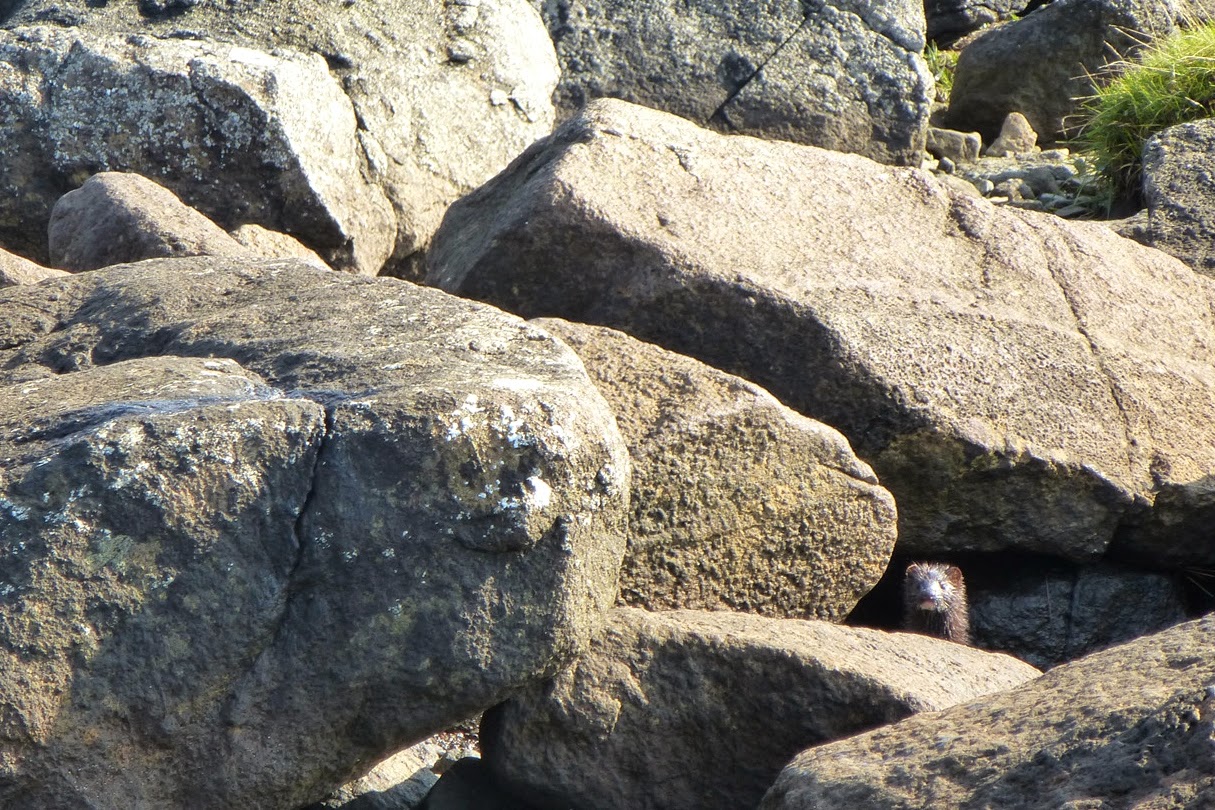 Barbie Paterson first approached the Diary three weeks ago after she'd taken some pictures of an animal by the burn at Sanna which might have been a mink or a pine marten.  Sanna isn't really pine marten country, and.... 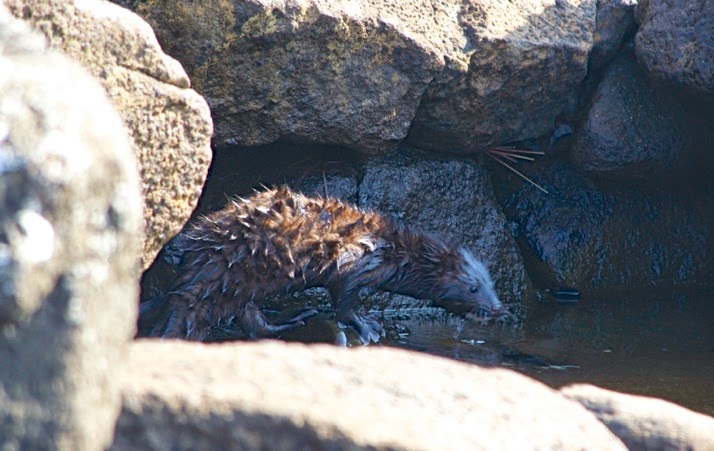 ....Barbie's photographs suggest it's a mink - but what a bedraggled beast!  Normally they have a fine coat - which is why they were originally brought over to Britain from North America - but this one looks as if something rather large has chewed it up before spitting it out. 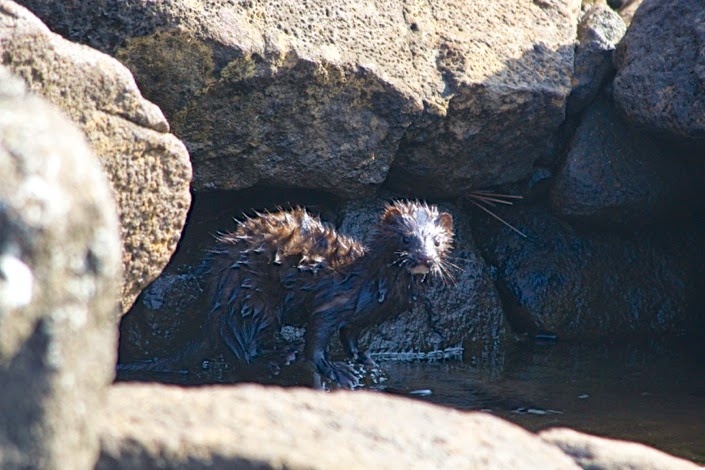 It certainly looks forlorn and sorry for itself.  Most people locally have no time for mink: they're an introduced animal, they play merry hell with both wild and domestic animals, and they're vicious.  Pity it wasn't a pine marten.

Can anyone suggest why it's in this state? 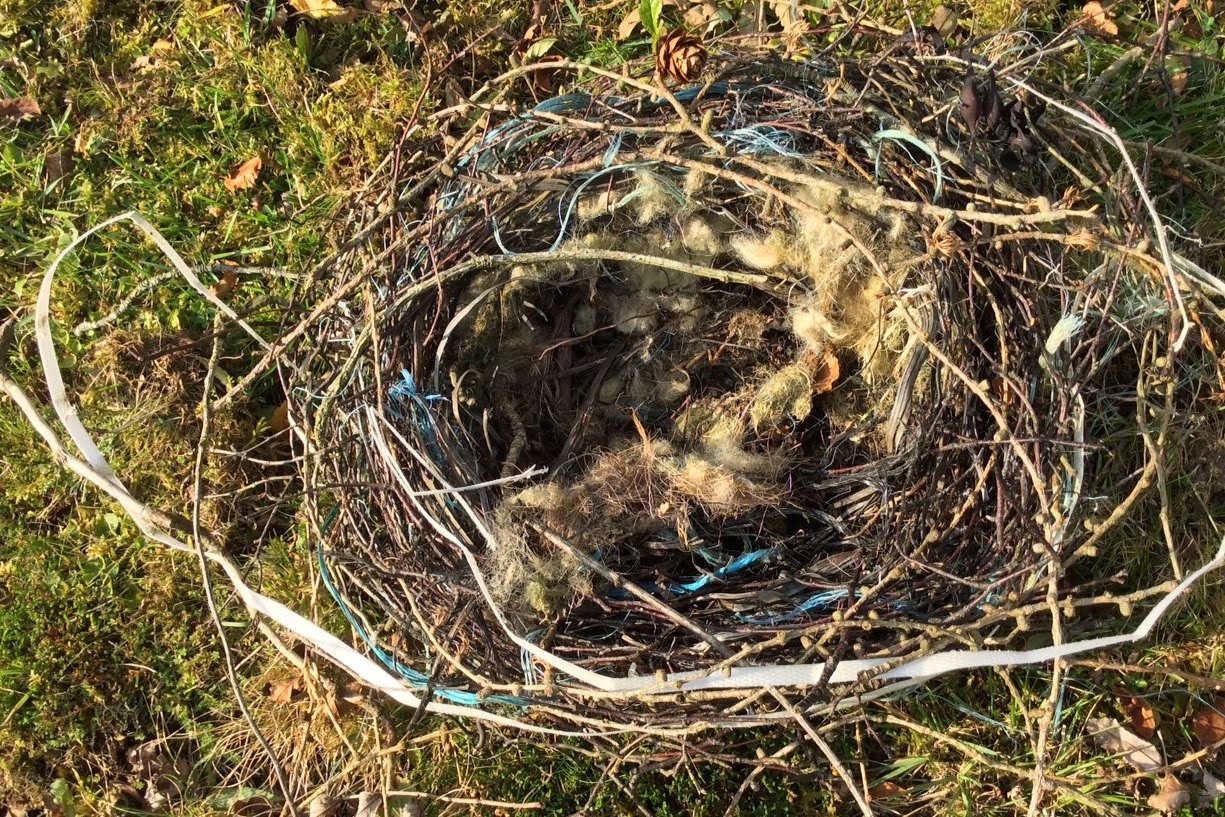 This picture was sent to us by Alison Tootal who stays in Glenborrodale.  She says, "We found this large birds nest on the ground below the tall fir tree at Sron nam Brathan corner after the gale on Monday. It is made of birch twigs, seaweed, blue nylon string and white plastic parcel tape and lined with sheep's wool.

"I haven't a clue whose nest it is, but wonder if it's a crow or a hoodie.  It's very untidy but I think the crow family like a bit of decoration and colour.  It amused us to see the variety of materials used and the incorporation of our rubbish!"

Can anyone identify it owner?
Posted by Jon at 16:02