A Boat in Bay MacNeil 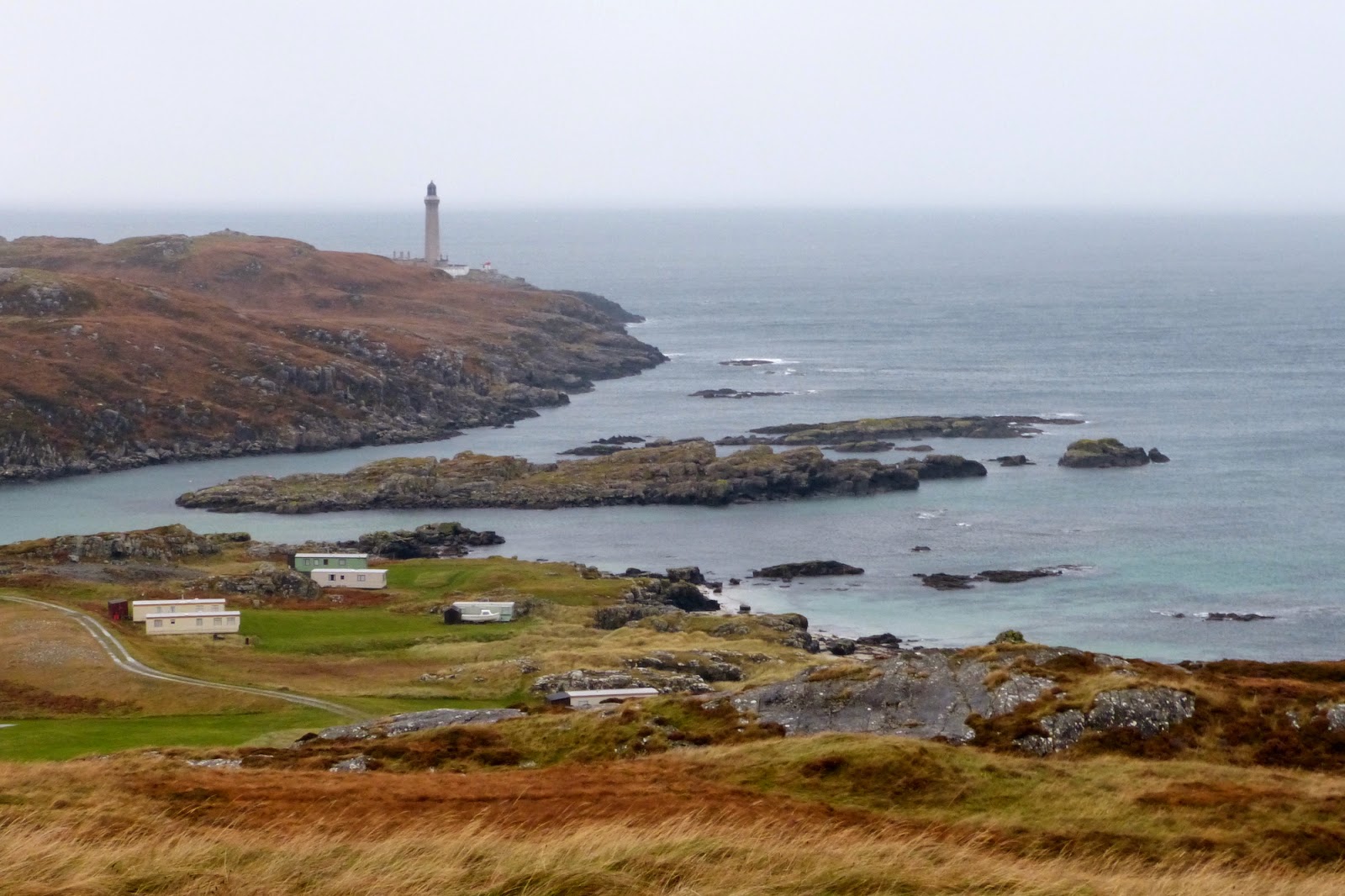 After a few days of clearer skies, the weather has reverted to grey and rainy with a southeasterly breeze - but warm, with the temperature at eight this morning already 14C.  Despite the rain and a ground which is already saturated, we set off for Bay MacNeil, leaving the car at the small parking point on the lighthouse road but, instead of following the path through the caravan park, we struck out along the low ridge that runs to the north, which gave us views across to Ardnamurchan Point lighthouse and.... 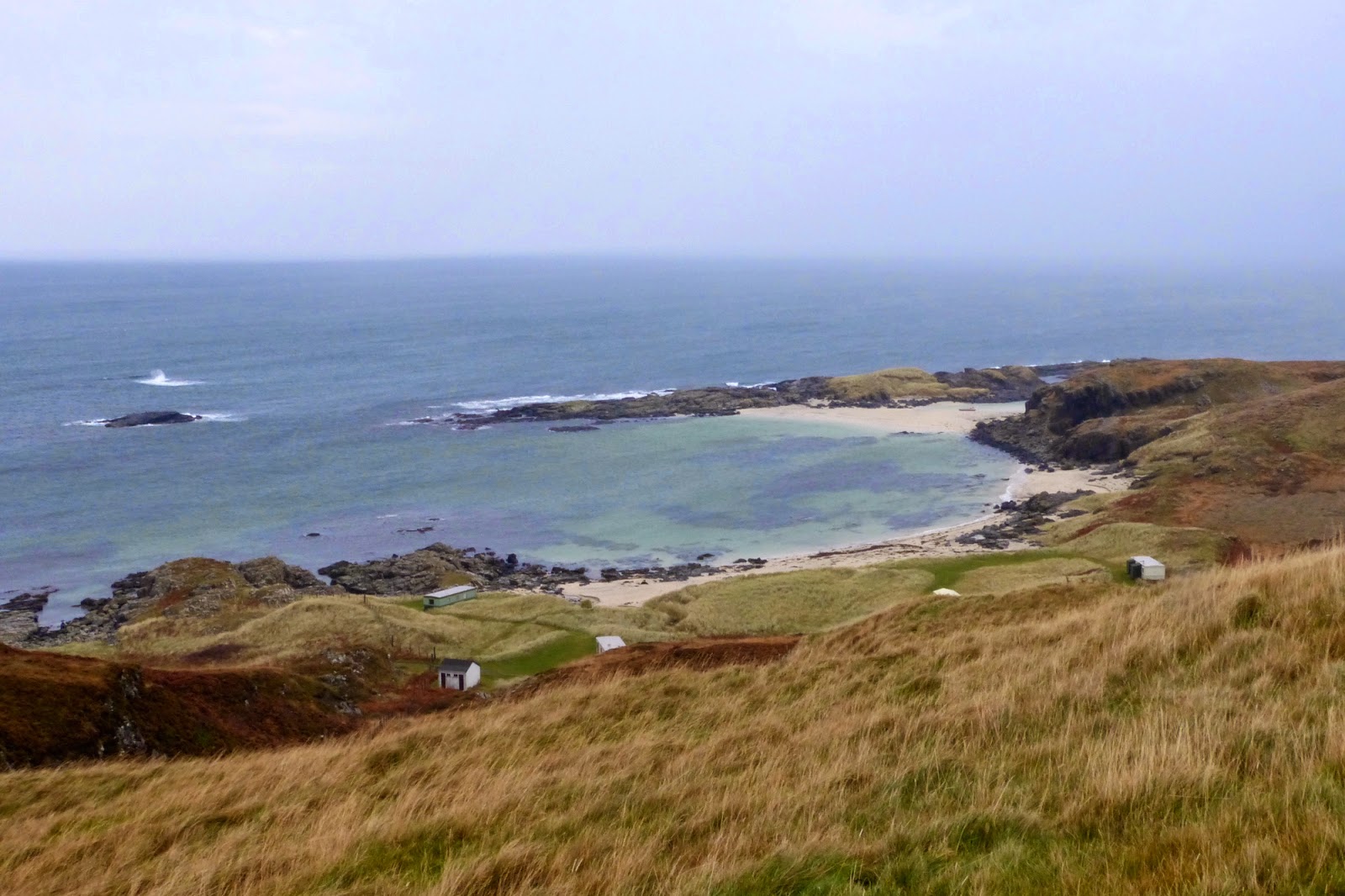 ....around the curve of the bay towards Bay MacNeil.  Bay MacNeil itself isn't visible, being tucked behind the low headland to the right of the picture. 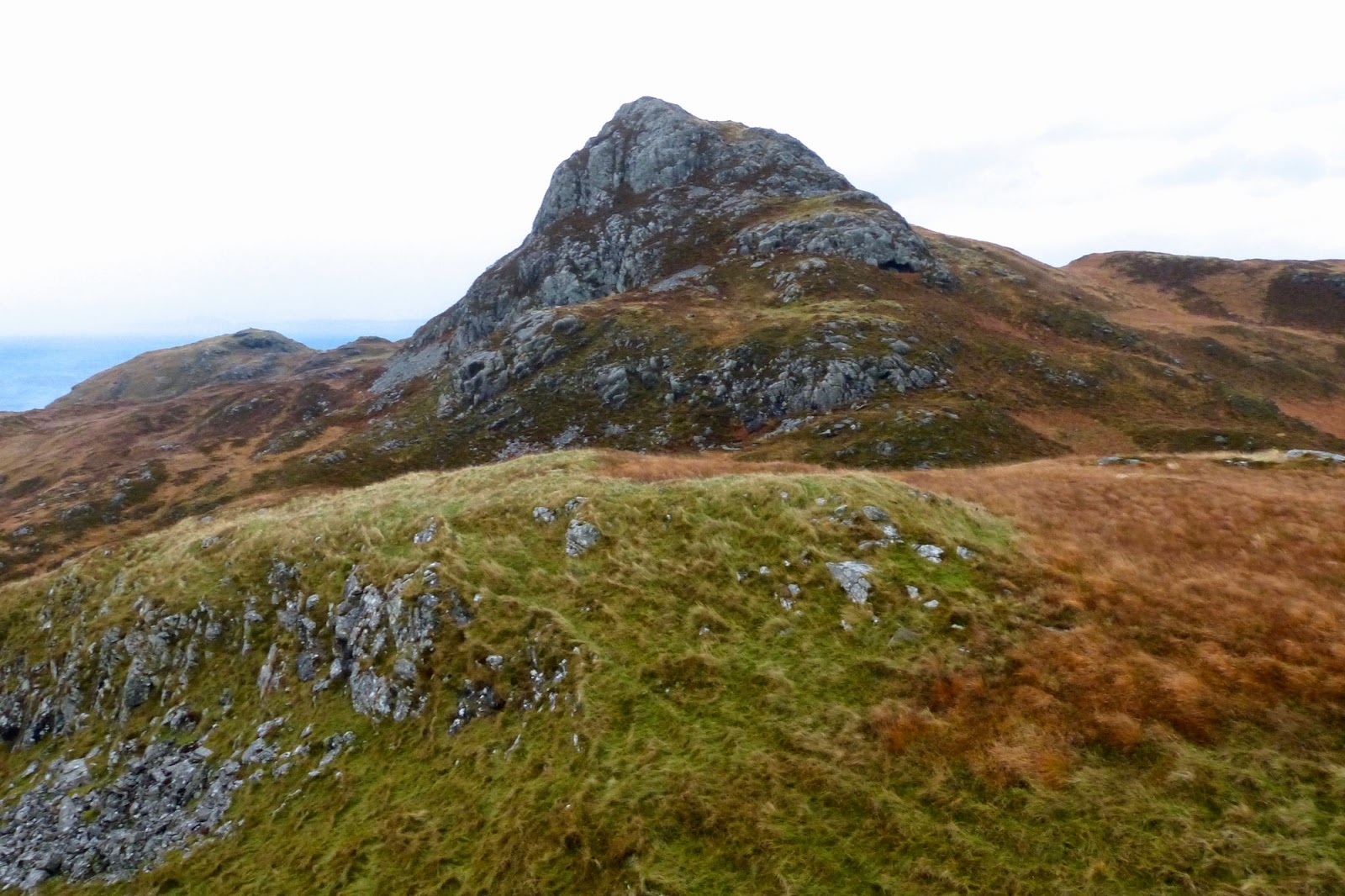 The ridge we were following runs towards the distinctive feature of Sgurr nam Meann; sgurr means rocky peak or steep sided hill, while meann is a kid or young roe deer.  On the right flank of this hill a cave can be seen which is said to have been occupied as far back as the mesolithic, at a time when sea level was some ten metres higher and, therefore, the shape of the coast quite different - see previous post here. 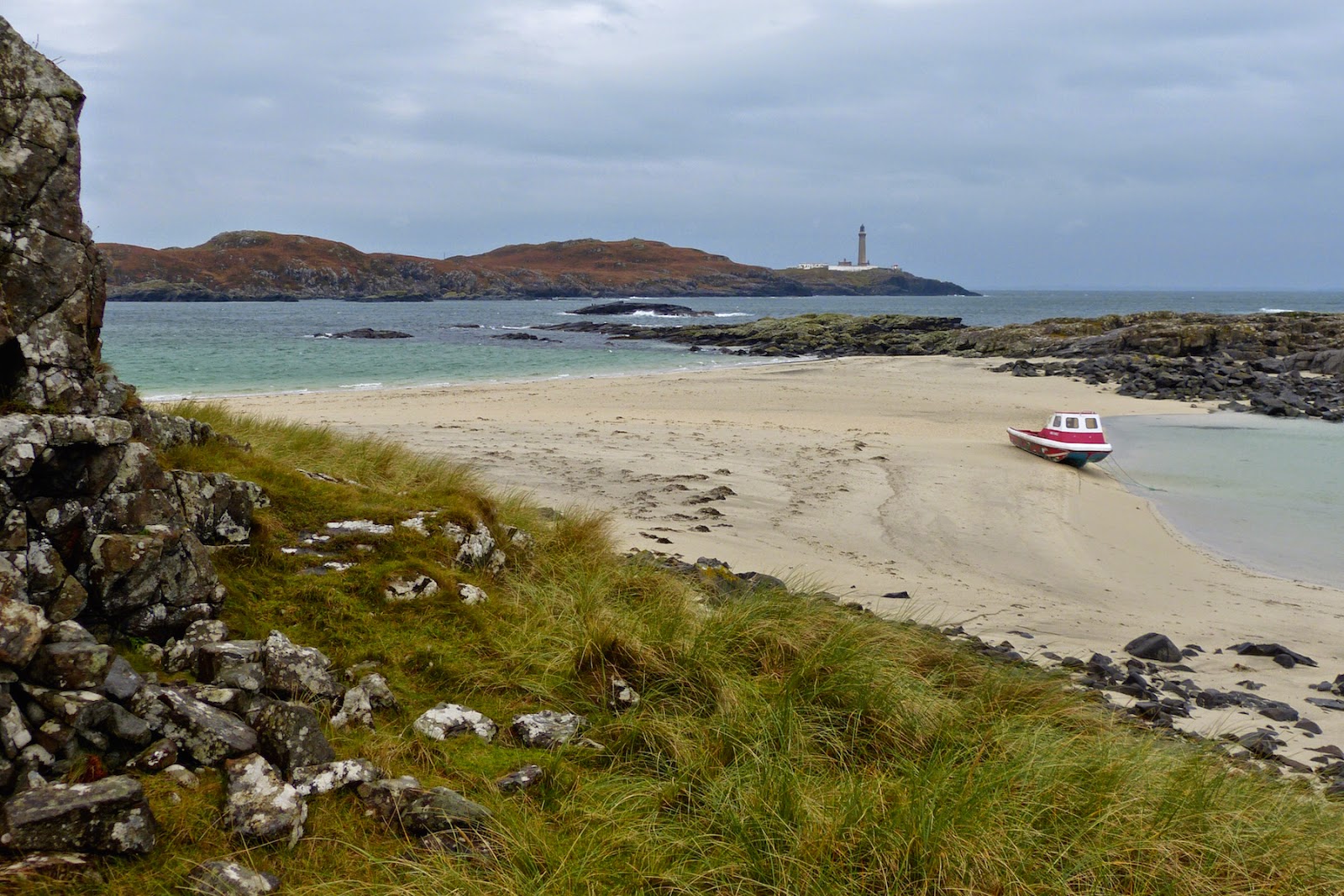 We descended to the beach, to find an old fibreglass fishing boat anchored at the back of the bay.  It's the first time we've seen a boat in the bay, yet it was once used by boats from Barra which brought the MacNeils' cattle to the mainland, after which they were driven along the old drove roads to market at places like Falkirk.  In the left foreground of this picture is a stone structure which we've always imagined was used by the MacNeil sailors while they waited for the drovers to arrive to take their cattle, but.... 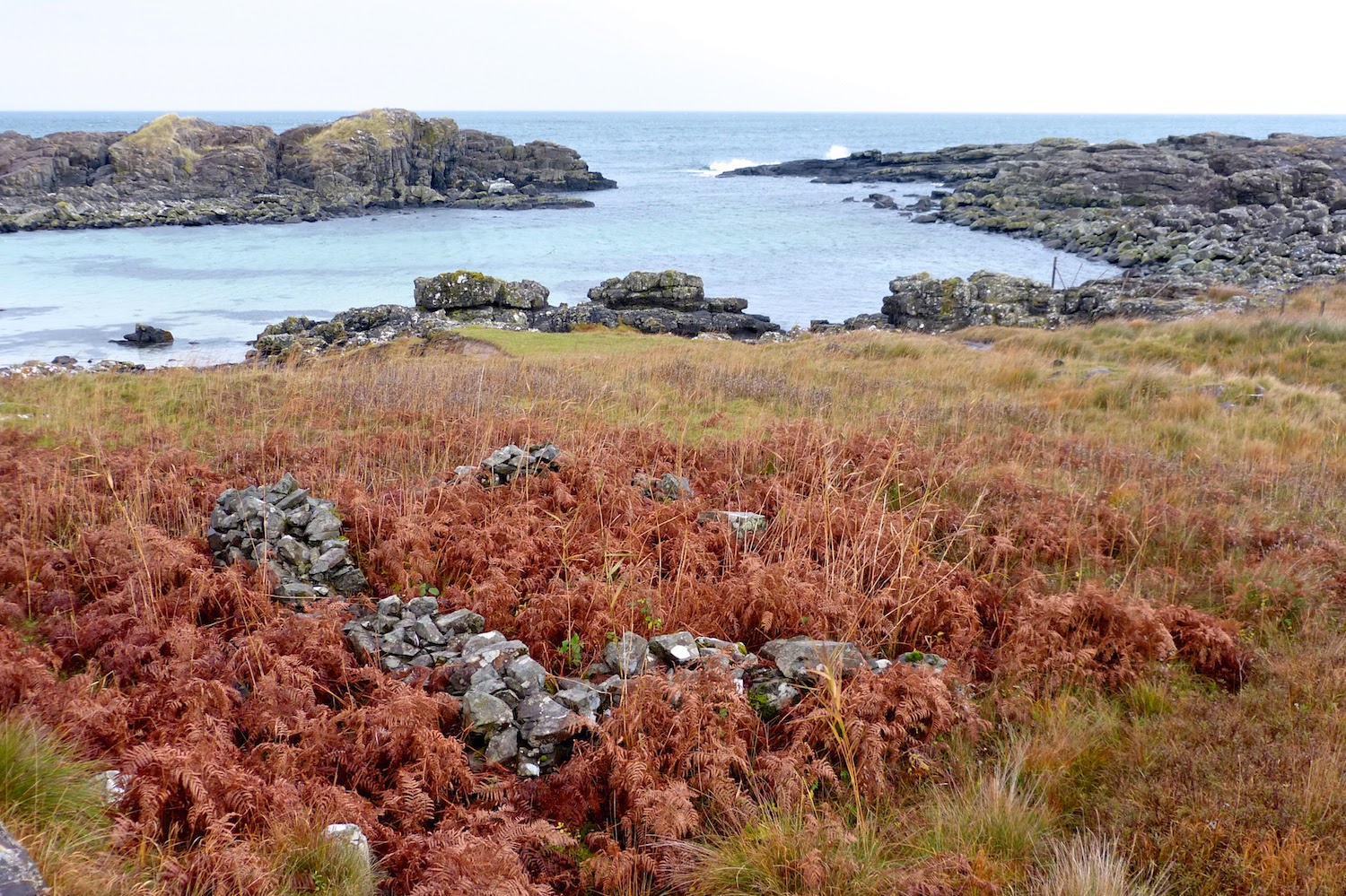 ....nearby we found the remains of another, much more substantial structure which might well have been a house or a byre.  I don't know how we've managed it but, despite many visits to the bay, we've never noticed it before. 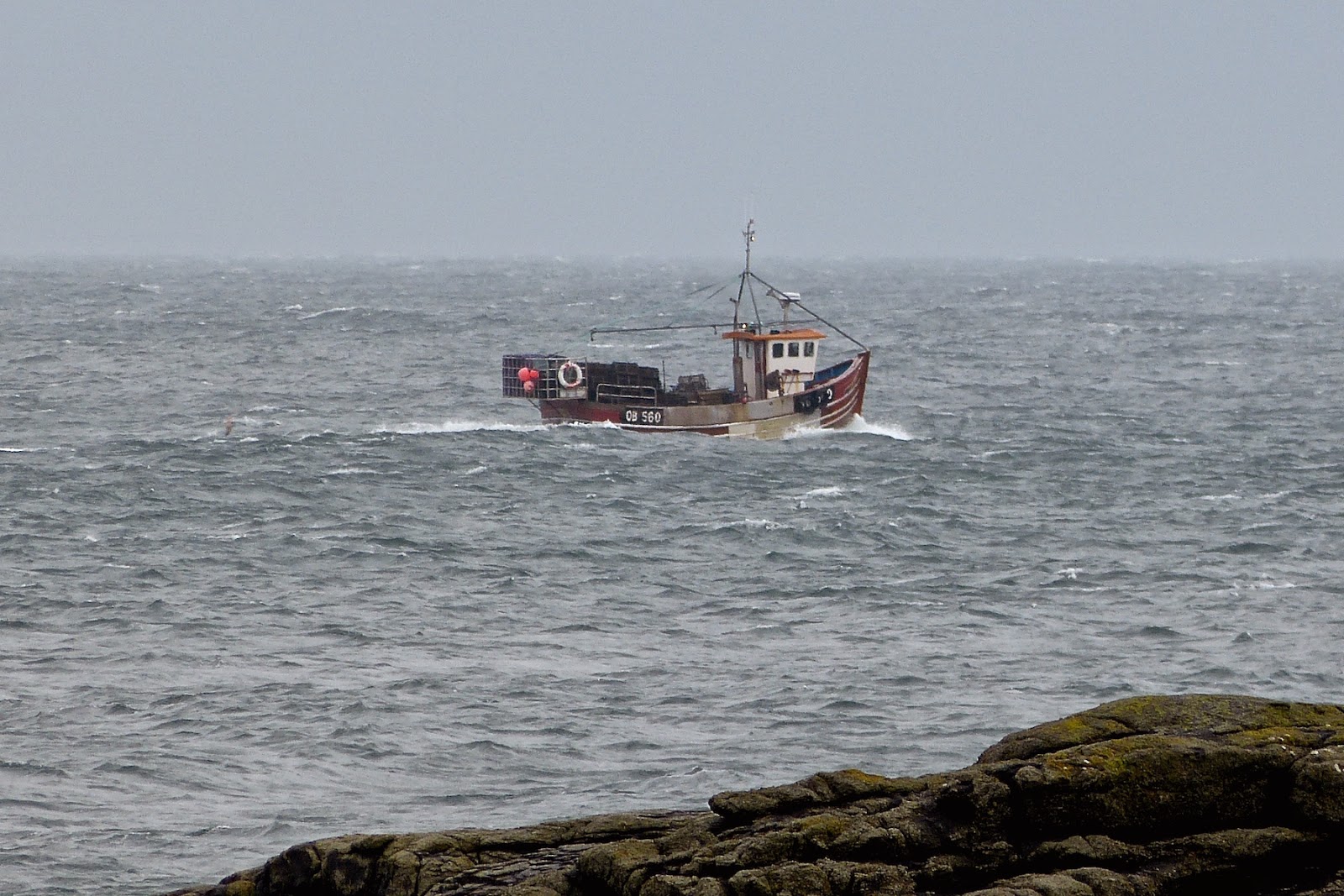 The berlinns of the MacNeils may be long gone, but working boats still pass the bay that's named after them.  This is the creel boat OB560, Jacobite, which works out of Tobermory. 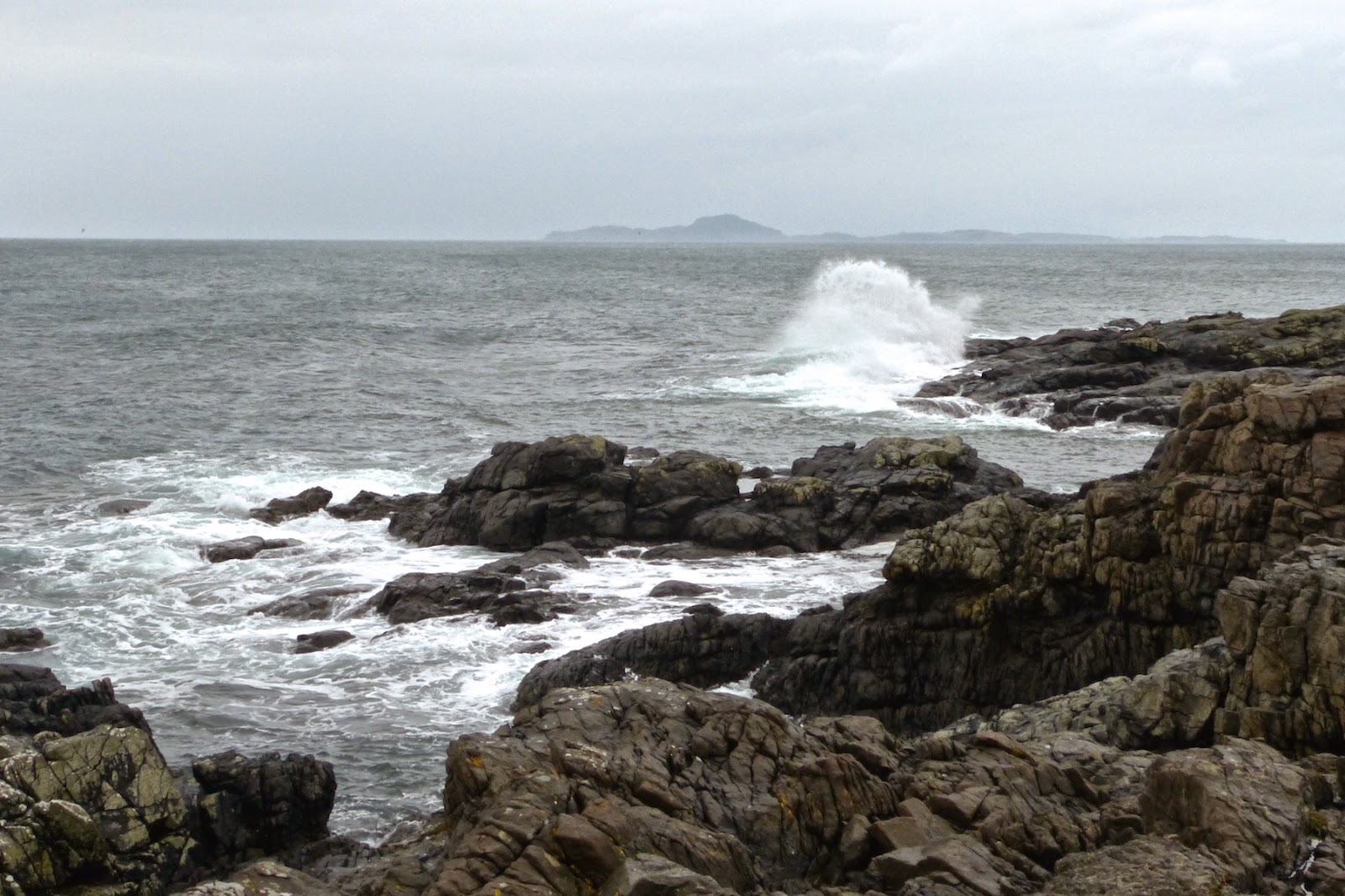 It was raining, but we sat for some time on the island that protects Bay McNeil, Eileen Carrach, watching the great Atlantic waves destroy themselves on the rocks, before turning back for the car.
Posted by Jon at 15:34