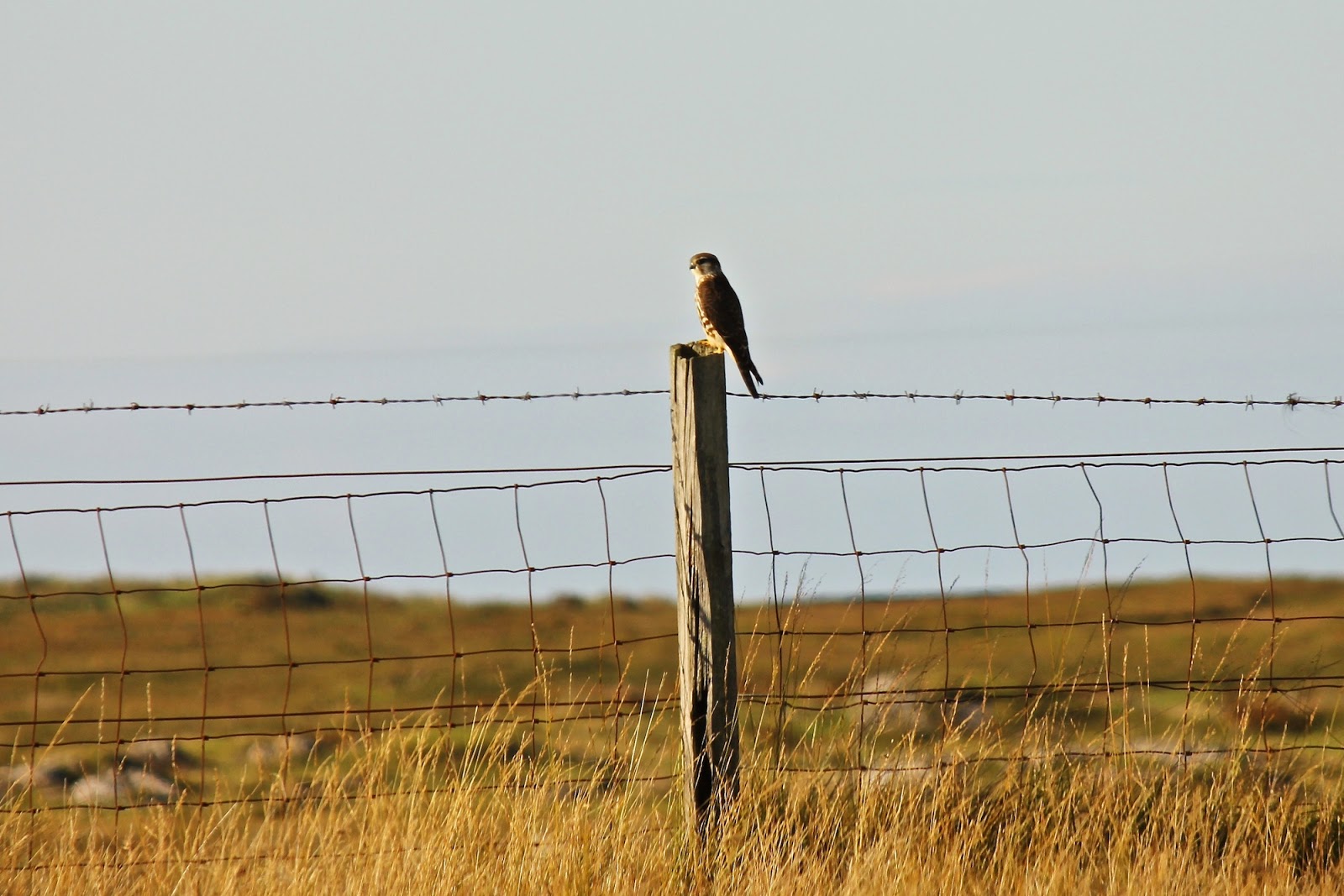 Many thanks to Peter Southern who was on holiday here last week for sending me this picture of what he thinks may be a hobby.  The bird was sitting on a fence post along the narrow road that leads to Fascadale, where Peter and a group of friends were staying in one of Ardnamurchan Estate's houses. 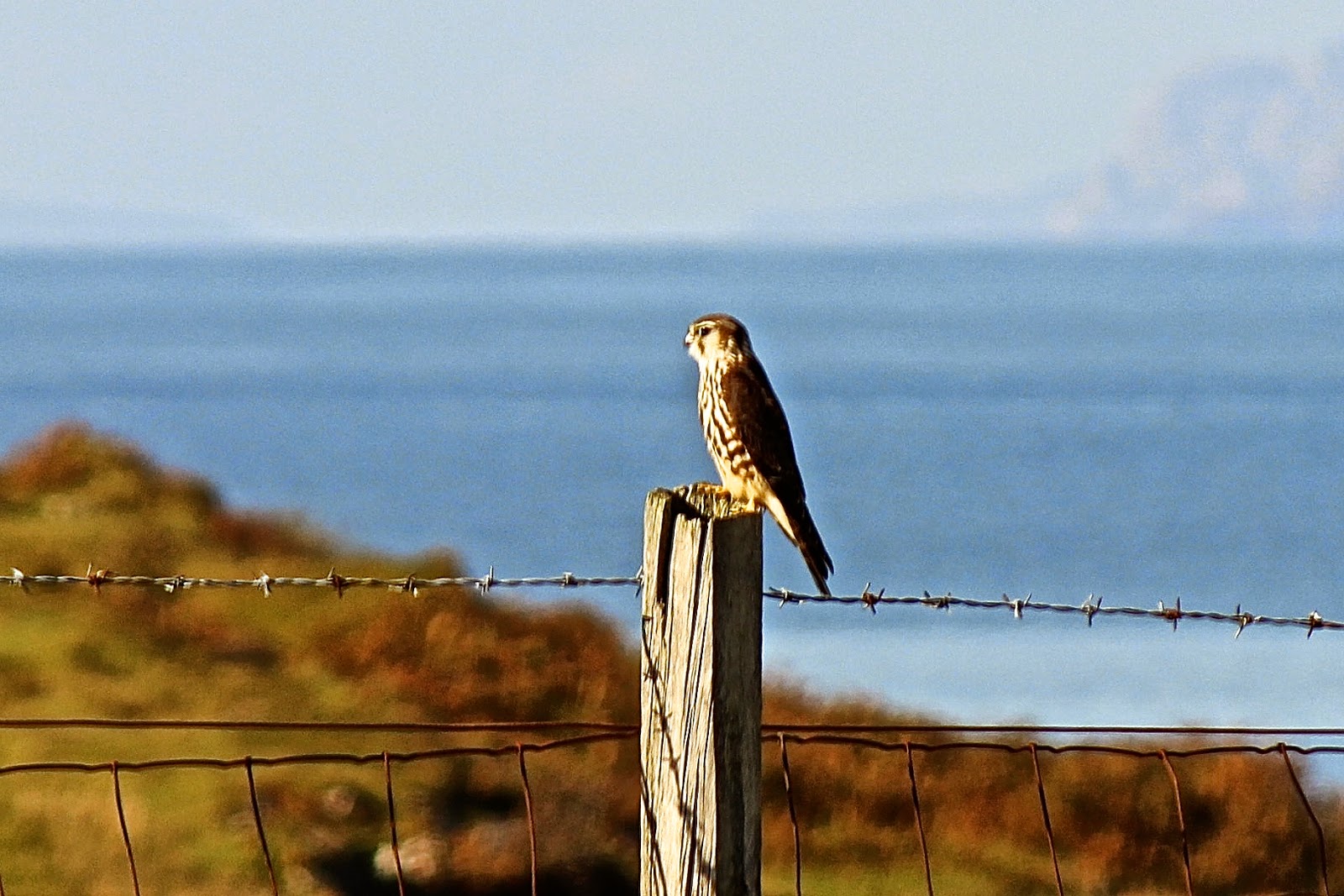 I've tried to magnify Peter's second picture to give a close-up of the bird, I hope without ruining it.

Hobbies certainly aren't common here - I have never seen one, though the Raptor thinks he has - see this Diary post from 2012, where there was considerable discussion about the identification.  As both Peter and the Raptor point out, according to the distribution maps on sites like the RSPB, if this is a hobby it's way out of its normal area. 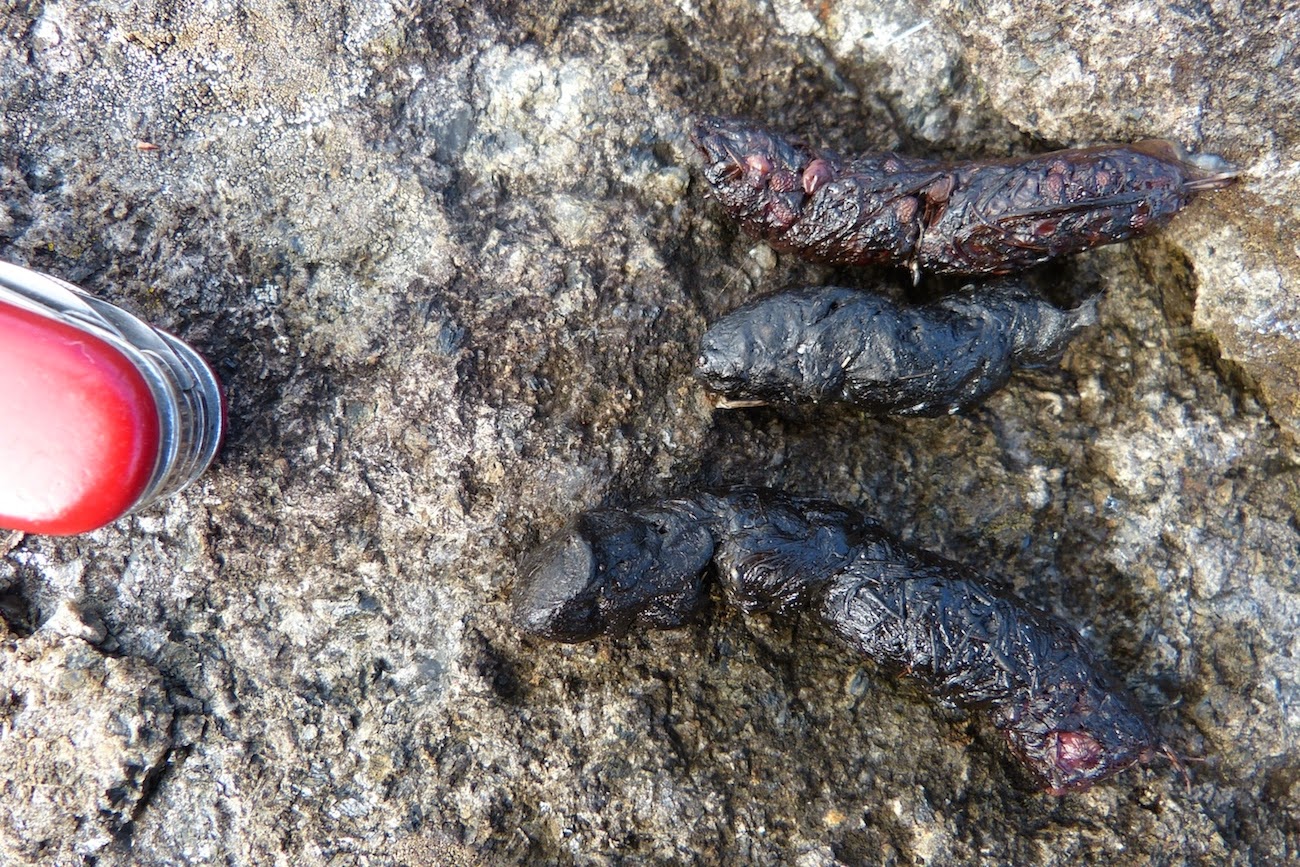 On a slightly less pleasant note, I'd be grateful for any opinions on this little pile of scat, found at the back of a bay at Sanna yesterday.  It was in a very prominent position on a rock beside a small burn, about ten metres back from the beach. 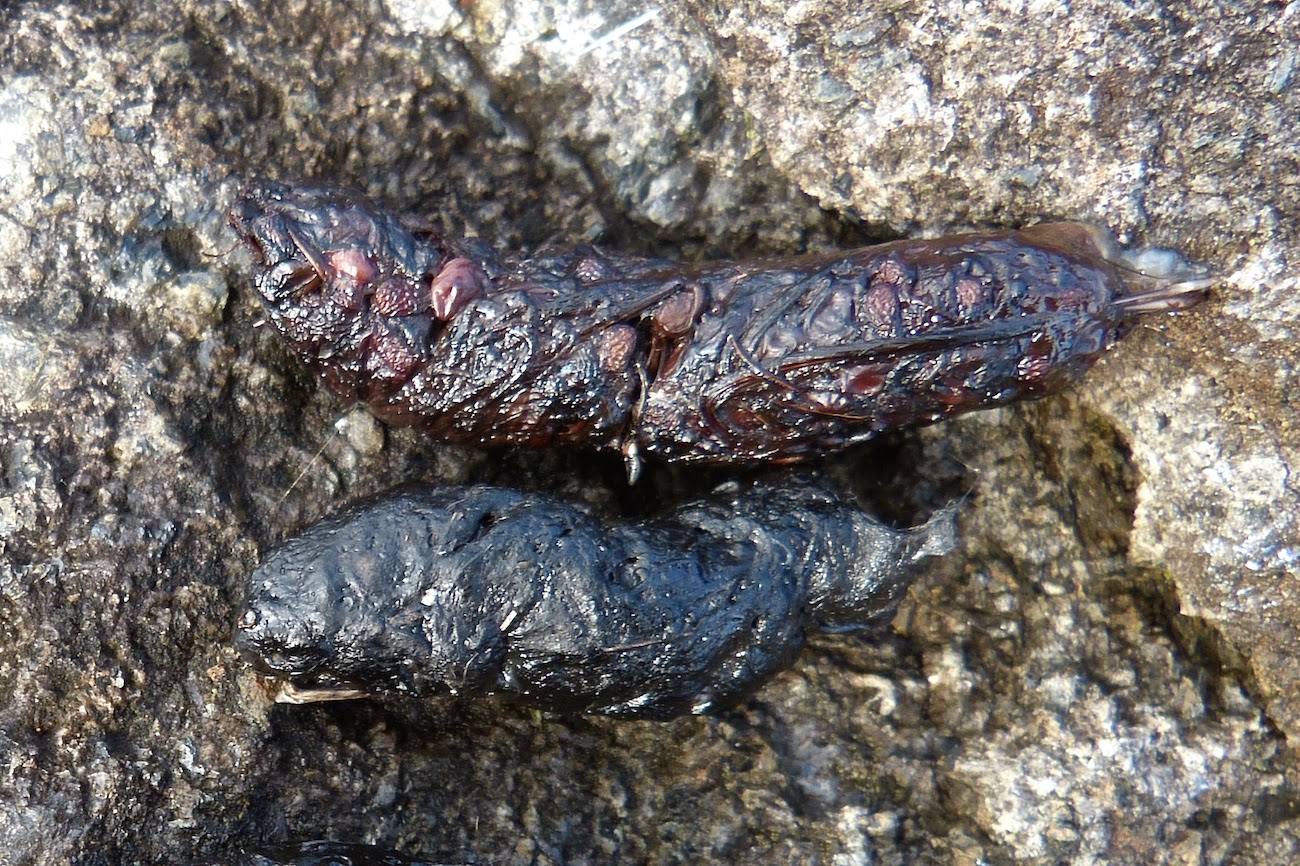 The colour and contents reminds me a little of a raw black pudding.


Many thanks to Peter for the pictures of the hobby.
Posted by Jon at 06:00