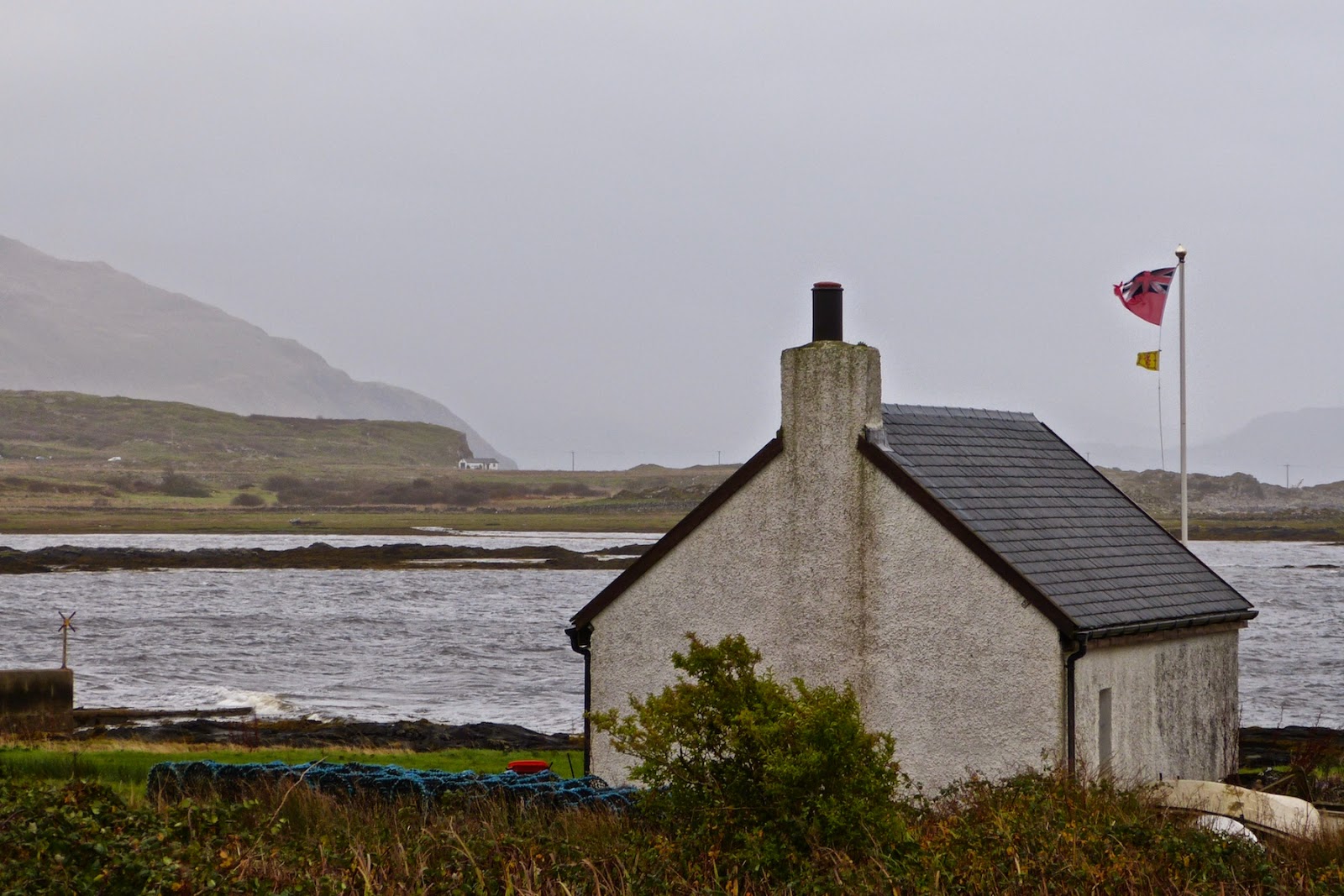 We're sitting in a run of relentless westerlies, some touching gale force, which bring in pulses of heavy rain.  Since Tuesday's gale, after which the winds backed into the southwest, we've had over 100mm, four inches, of rain.  The place is sopping, the red ensign which is raised over Shore Cottage in time for the annual regatta is in tatters, and the human population is squelching around the place wondering when this is going to stop. 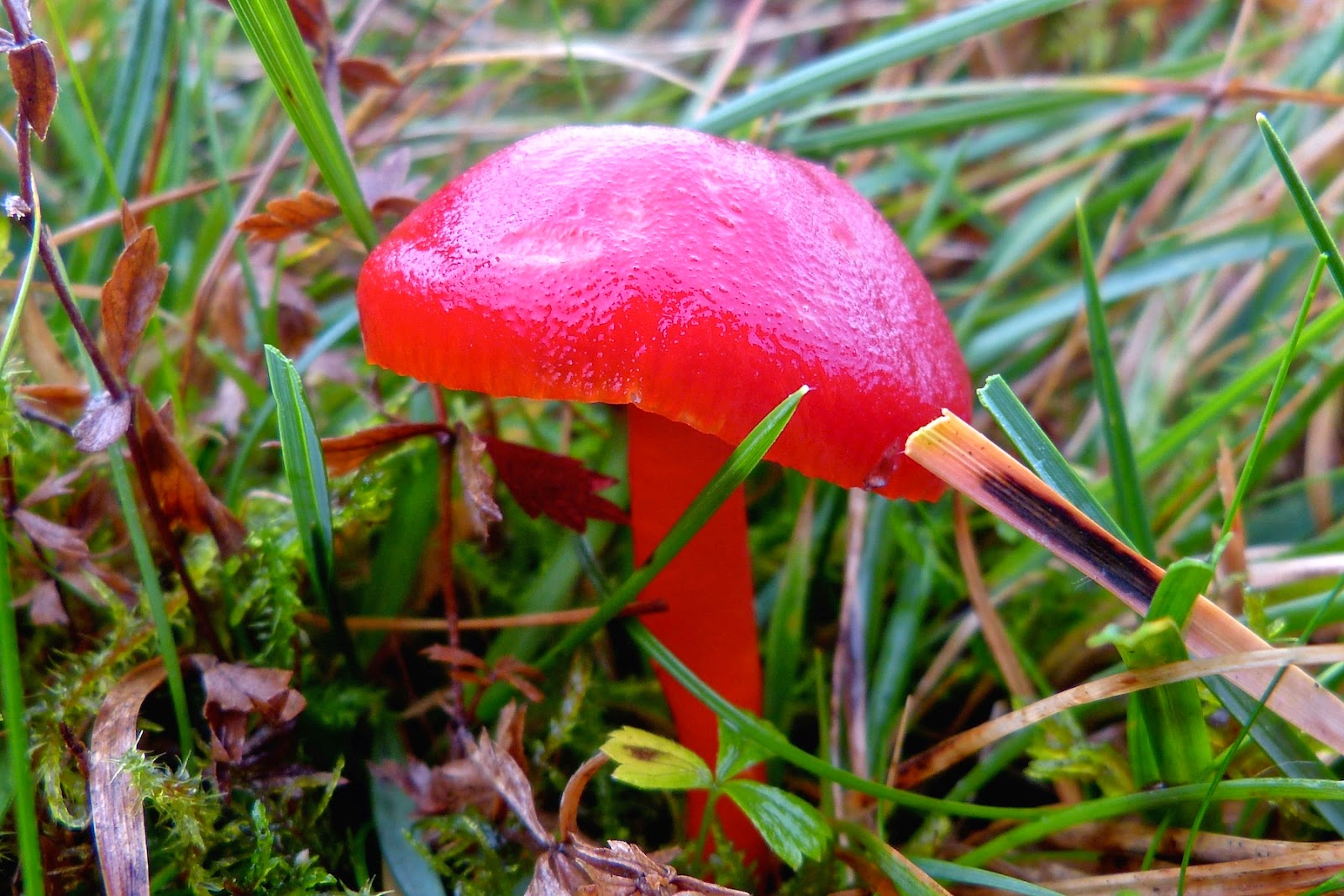 In this environment some things are thriving, including the local fungi.  This brilliant pinky-red toadstool was found by the track down to Glendrian and, as seems to happen so often, was growing in the company of at least two other species, one yellow and the other brown.  A search to identify it threw up one species that looked similar, Hygrocybe coccinea, the scarlet waxcap. 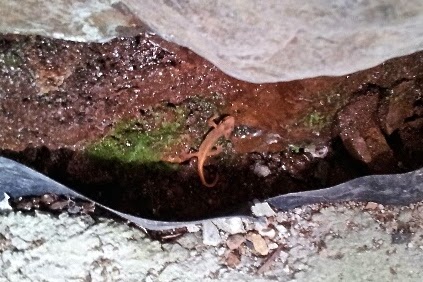 Many thanks to Ian McKee for this picture of what we take to be a common newt.  Now this is one species which one would have expected to be enjoying this weather, but two very small ones have moved into the McKee's garage.  We've never seen a newt here before. 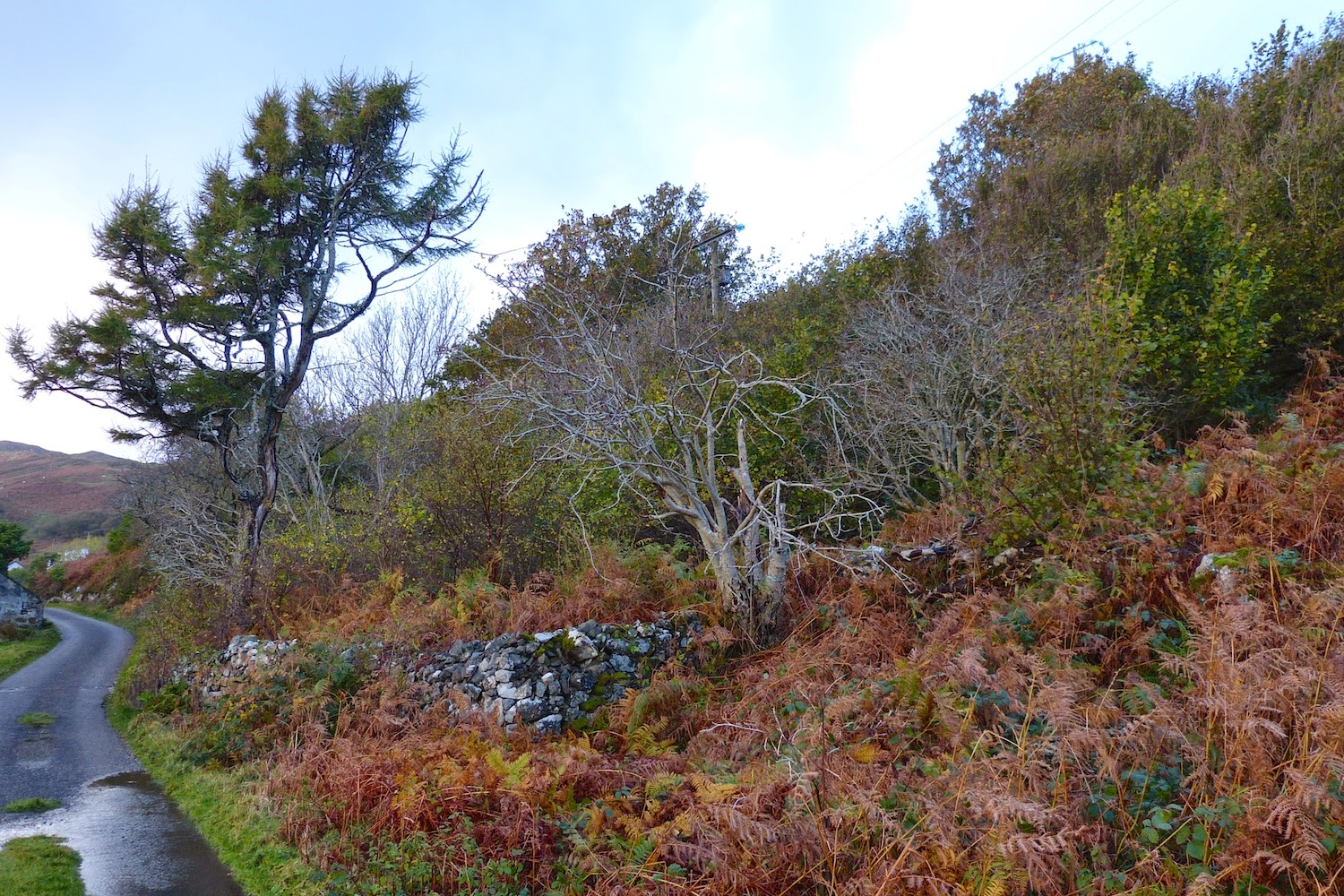 Every winter is different, and one thing we've noticed about the start of this year's is the lack of berries on the trees.  The prolific berry producing trees, like the rowan, didn't do too well this summer, but the blackberries were laden with fruit.  Now there's nothing, which is bad for the local birds and even worse for any flocks of migrants which may come our way, such as the redwings and fieldfares which often arrive about this time. 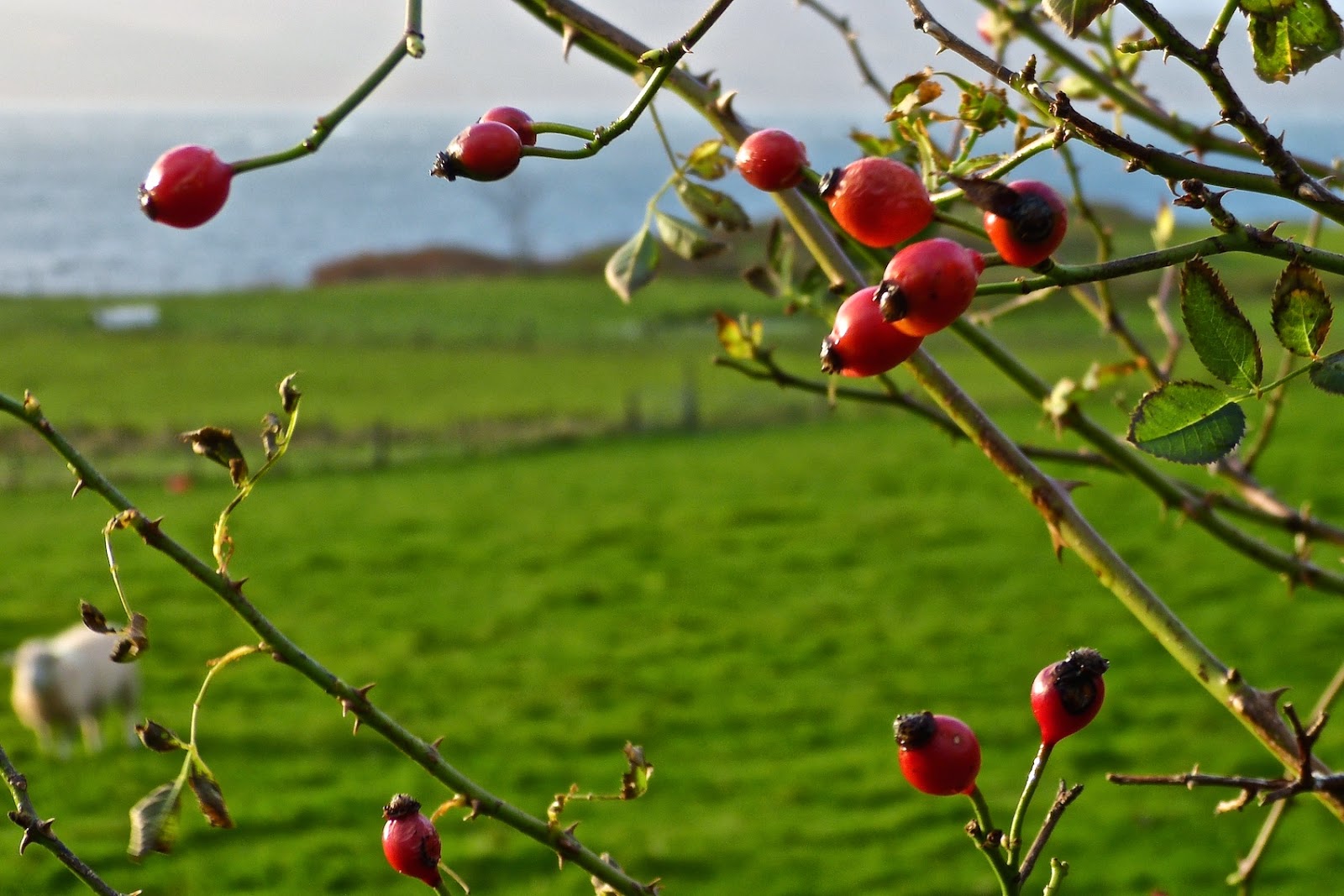 The only berries I could find along the Ormsaigbeg road were these rose hips, a berry which seems to be a last resort for the birds.  This particular bush is special to us as it's the only place we've ever seen a waxwing, on Christmas Day, 2010.  Now that's a bird we would like to see again.


Many thanks to Ian McKee for the newt picture.
Posted by Jon at 11:54