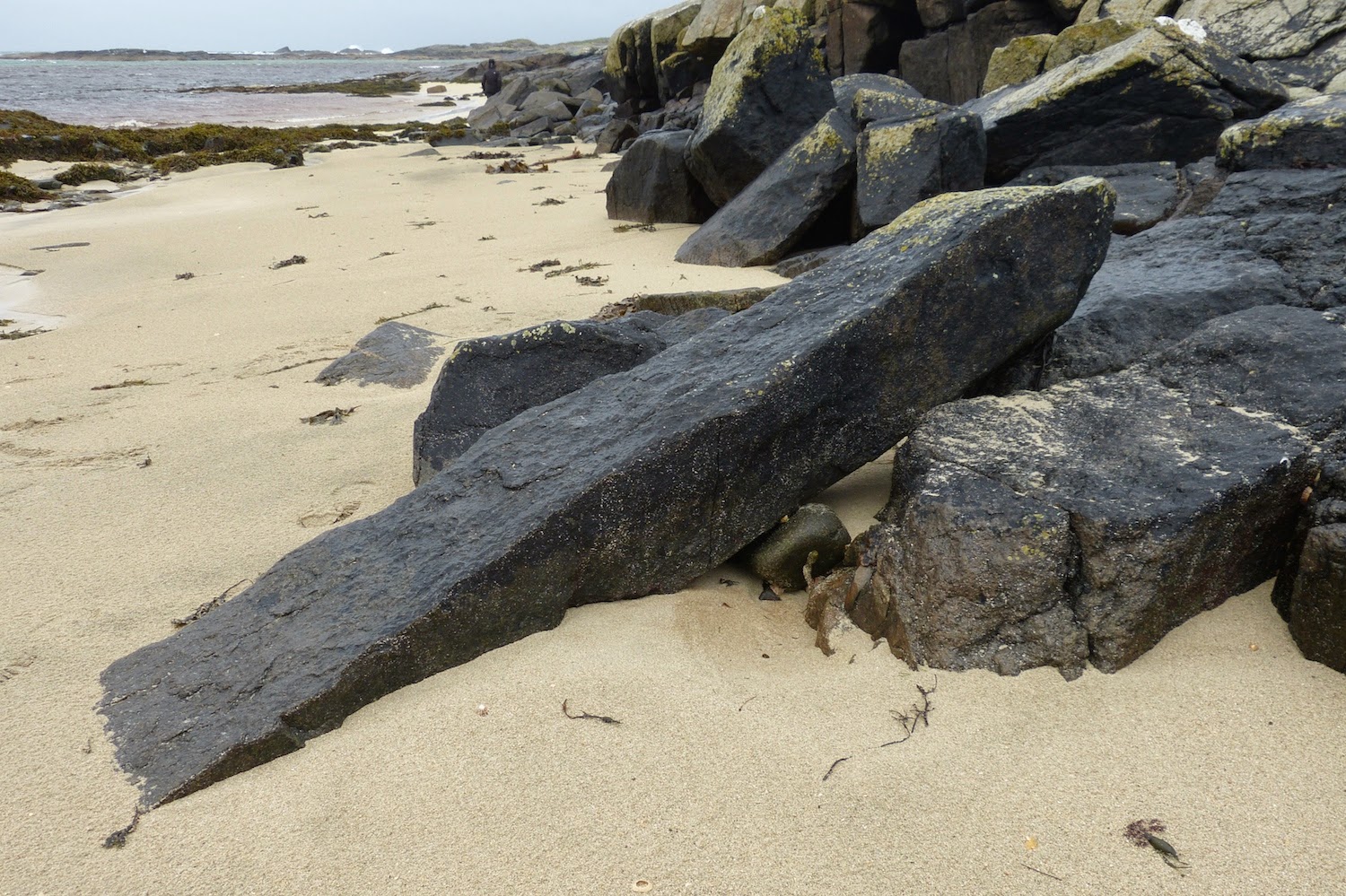 Mull is littered with standing stones while, so far, the western end of Ardnamurchan has two definites - at Branault and Camas nan Geall - and a couple of possibles.  Ardnamurchan really ought to have more.

Amongst the tumbled rocks along the northernmost of Sanna's beaches is this rock which, if only it stood on its end in a nice grassy field, would in all likelihood be identified as a Bronze Age standing stone.  It's dimensions are perfect.  It has a square cross-section, and the exposed length is just over two meters - compare with Branault's 2.2m above ground - with more almost certainly under the sand. 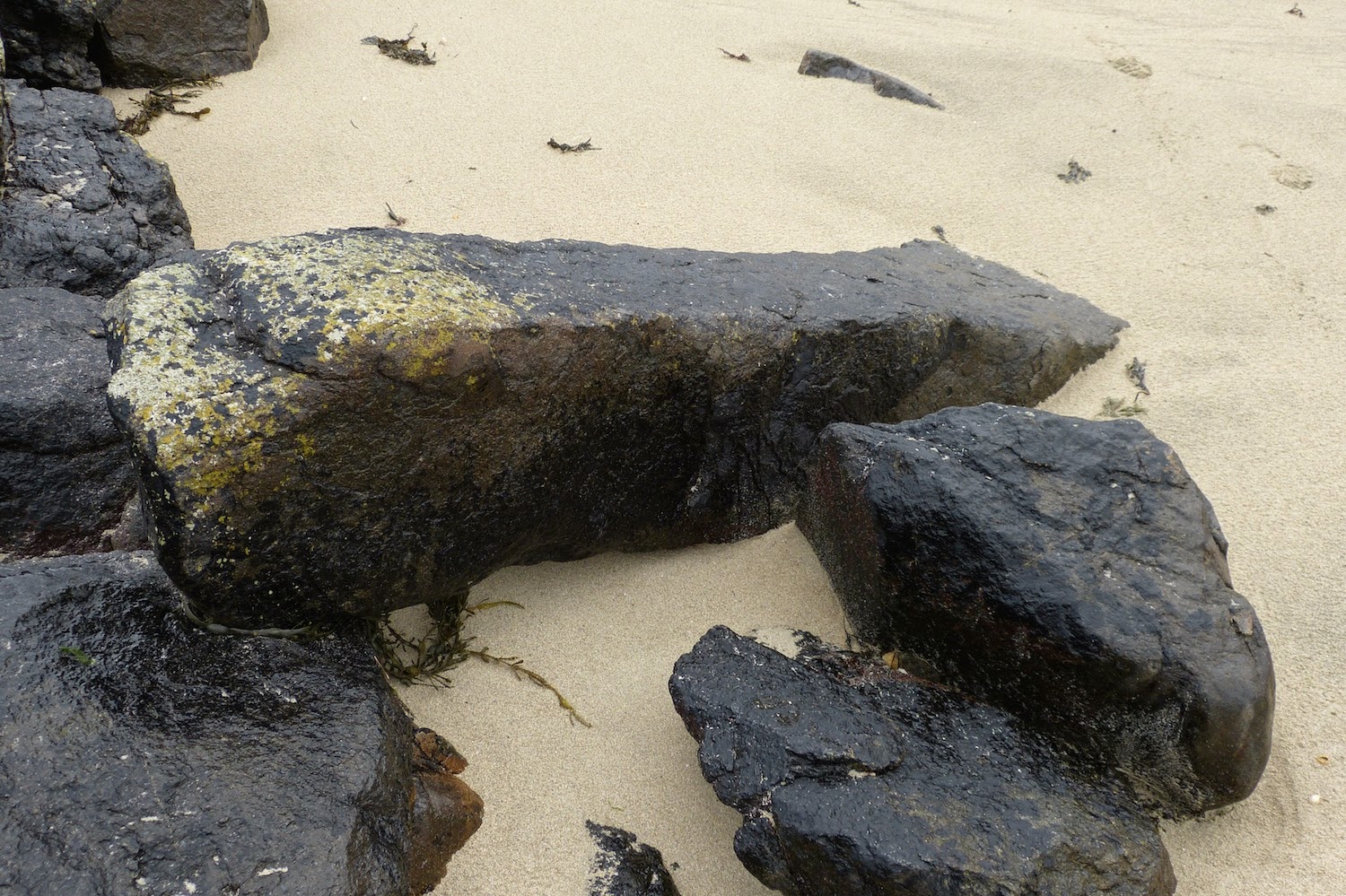 On the other hand, it might be just like all the other lumps of rock lying around on that stretch of beach, a leftover from thousands of years of erosion.

This looks like a job for the sleuths of Ardnamurchan Community Archaeology.
Posted by Jon at 17:25