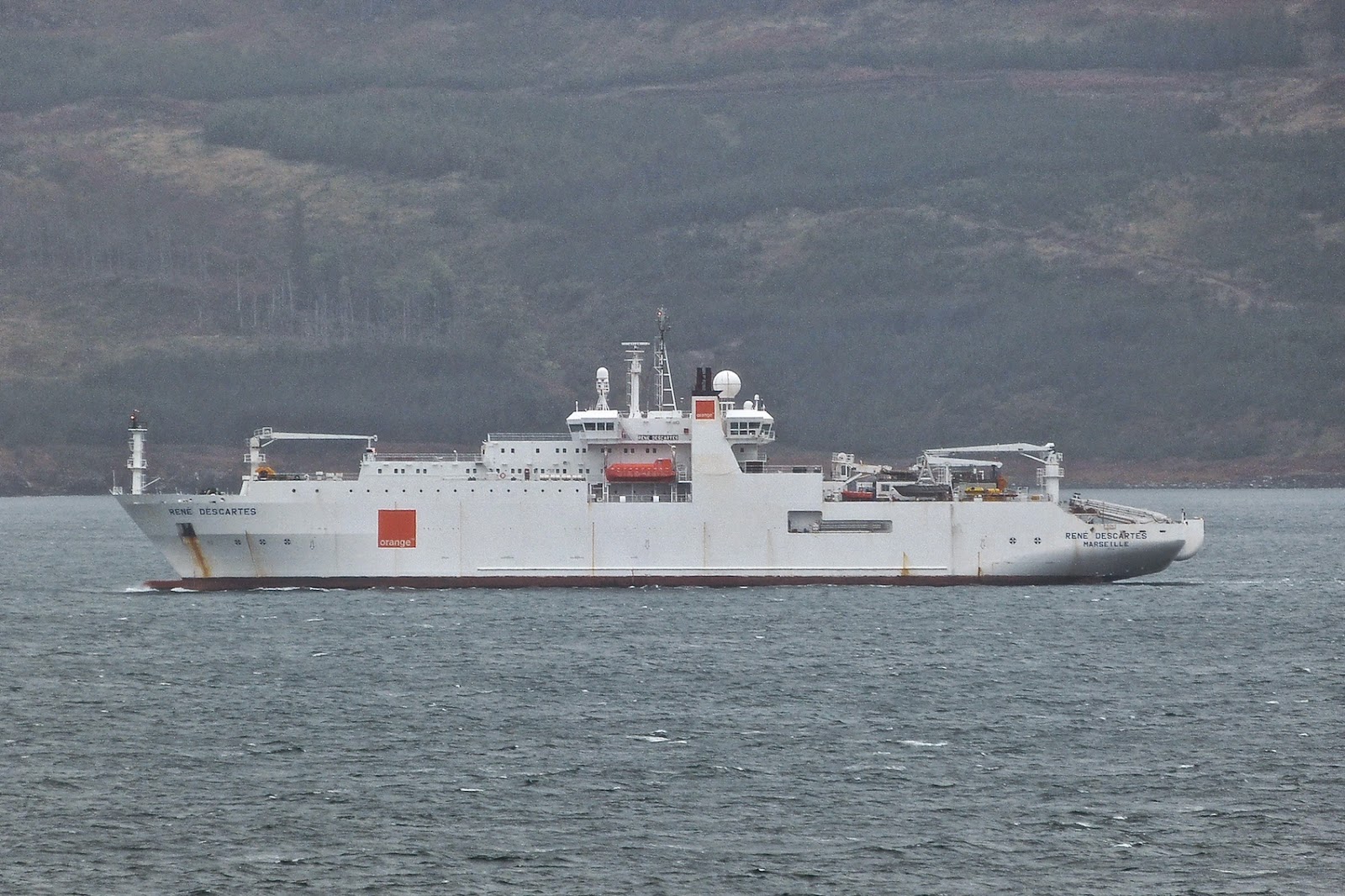 The Rene Descartes, a modern cable-laying ship, sailed into the Sound of Mull shortly after five yesterday evening.  We've been expecting her for some time, to carry out the laying of the superfast broadband cable from Mingary Pier across to Tobermory.  Work on the land connection through to Fort William is progressing - they're now digging up the verges along the B8007 near Strontian, though there's justifiable worry in the community over localised damage to the edge of the tarmac.

As we understand it, the broadband cable is a BT contract, so it might seem little strange that the Descartes is advertising Orange. But Orange Marine, which operates the ship, is a subsidiary of Orange SA, once France Telecom SA, which has six cable ships servicing the huge industry which keeps us connected across the world's oceans. 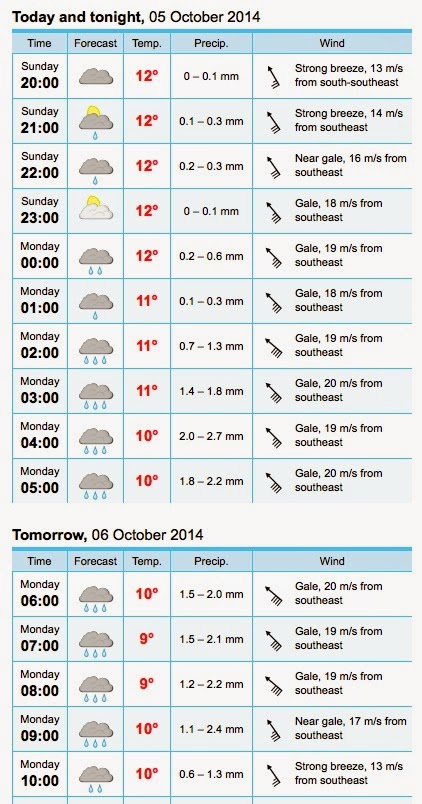 The Rene Descartes started by heaving to off Tobermory.  Her arrival coincided with the above forecast from YrNo, which turned out to be extremely accurate, but this didn't prevent the ship from.... 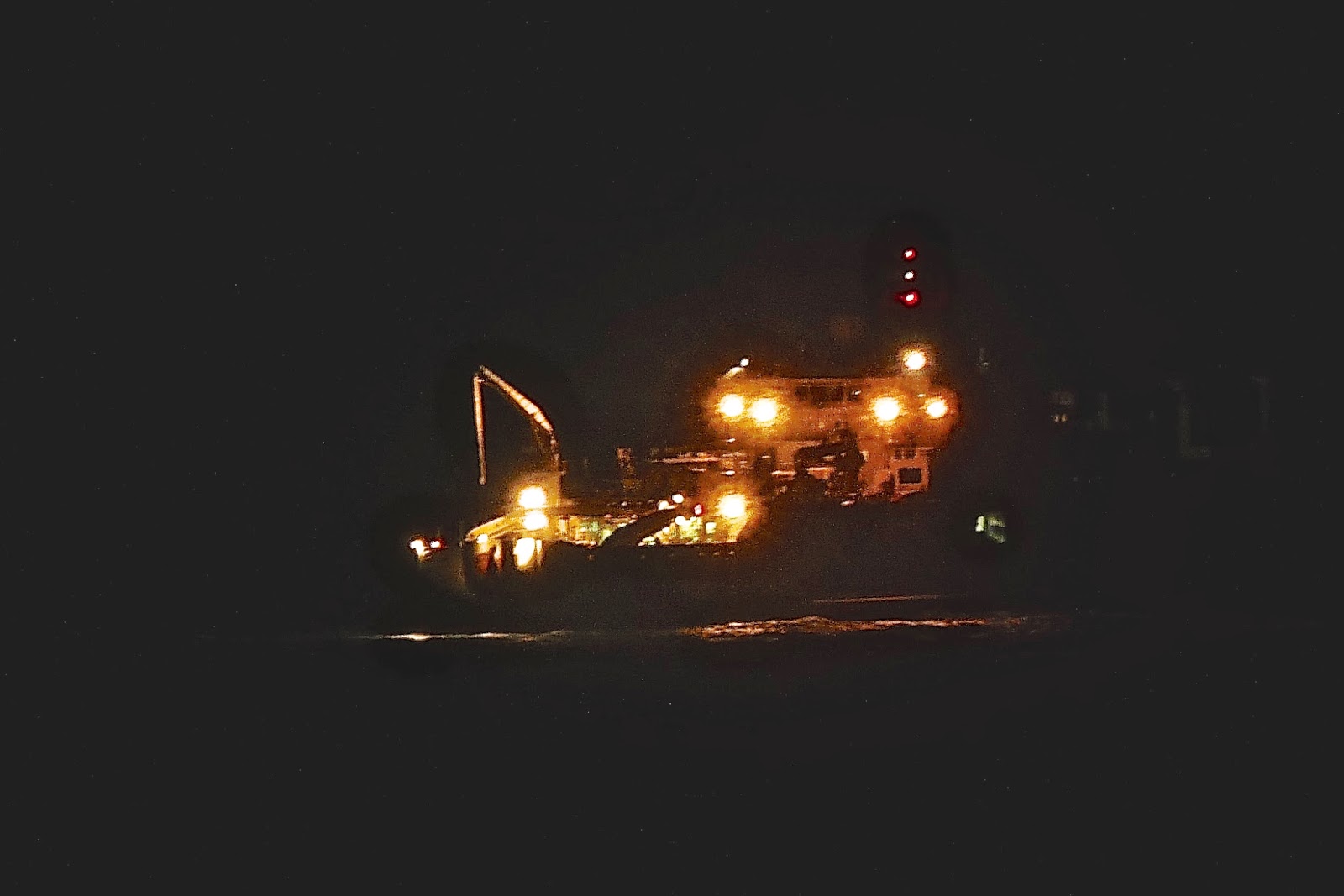 ....sailing over to our side of the Sound by about 10.30pm, by which time the wind was building.  What followed in the next twelve hours was a deluge, with 31mm falling by 9am this morning, and a further 10mm in the following hour and a half.  The gale that brought the rain stayed, as forecast, firmly in the southeast until about eleven, when the wind dropped remarkably quickly and swung into the west.

Dominic Cooper, who lives at Swordle and will have been sheltered from the southeasterly, recorded a maximum wind speed of 50mph, force 9, but logged an even higher speed, 68mph, last Thursday. 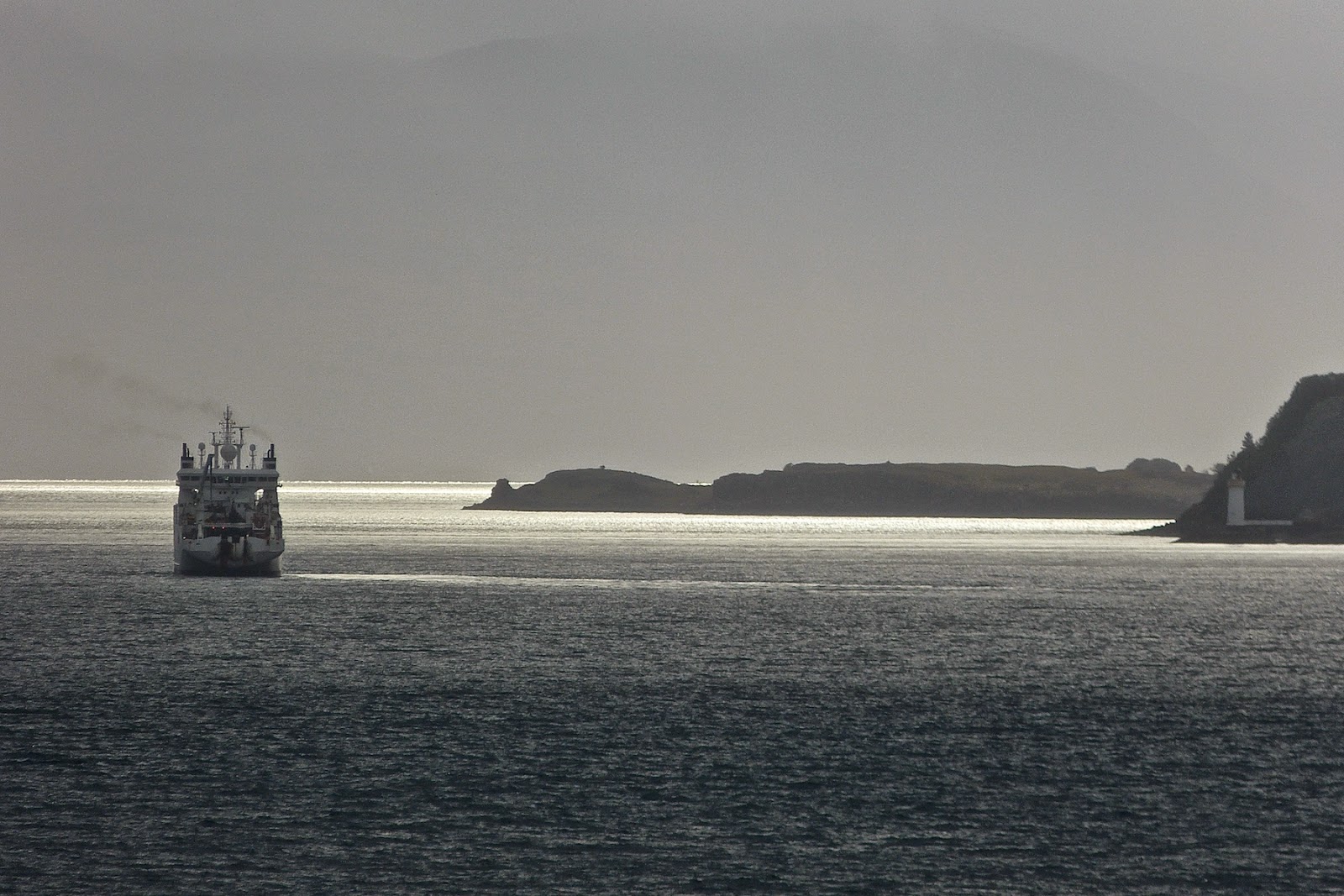 The cable-layer was off Tobermory as the weather cleared this morning and, shortly after this picture was taken, disappeared into Tobermory Bay, perhaps to pick up the first cable she'll be laying. 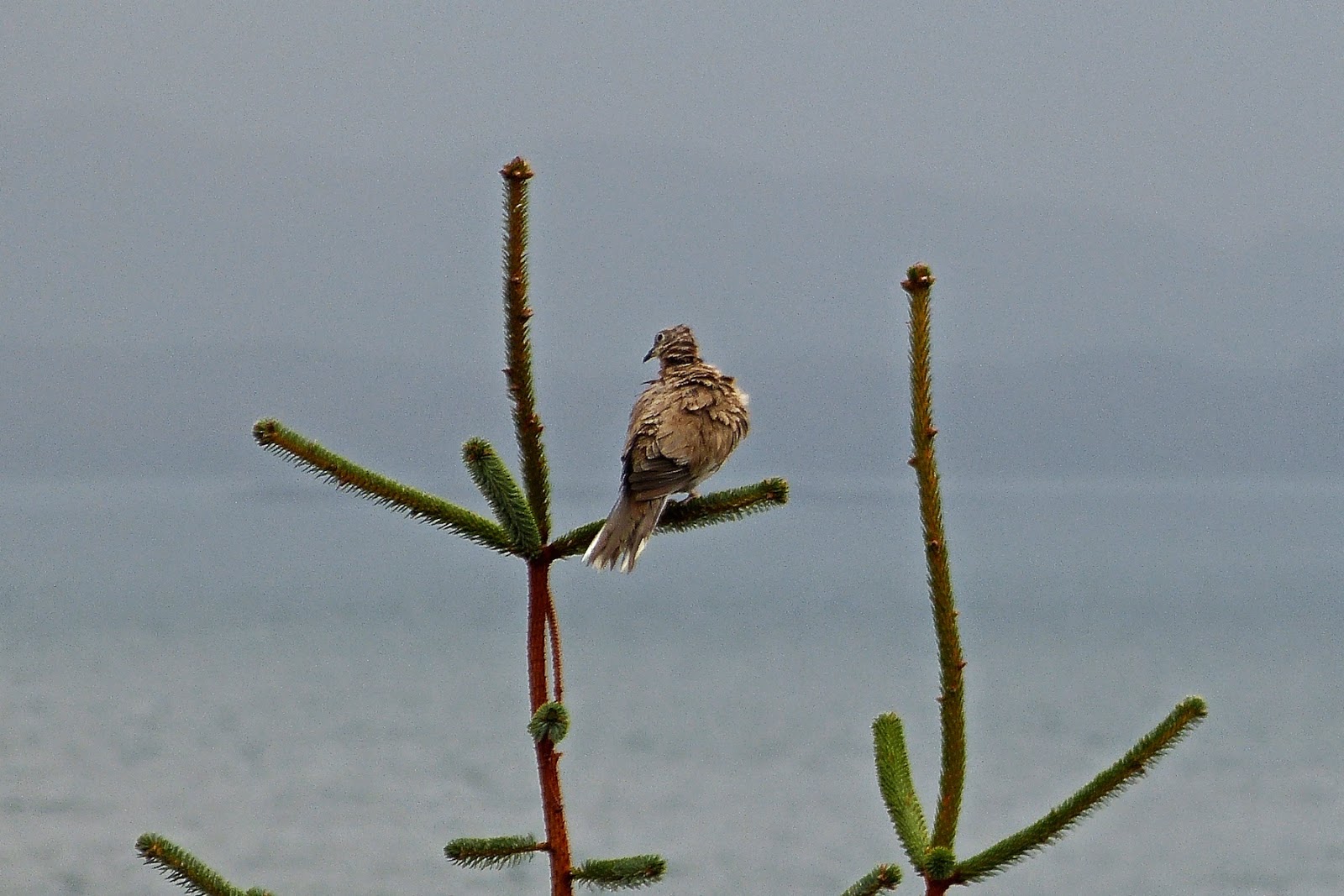 The overnight rain left behind a very bedraggled collection of birds, including this dove who seemed so battered and dejected that it couldn't raise the energy to preen its feathers.
Posted by Jon at 14:46