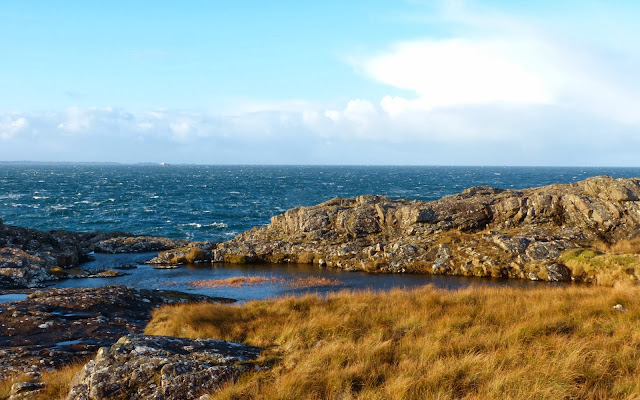 Two bodies of water seem to merge in this picture.  In the foreground is the mildly ruffled surface of a small lochan while beyond it lies the blustery North Atlantic.

The picture was taken on the headland called Corrachadh Mor, which is special because it's the most westerly point on mainland Britain.  The lochan is, therefore, a little special as well, as it must be the most westerly body of fresh water - except that it's probably not that fresh.  It may be over 20m above mean sea level, but the hundred-mile an hour winds which hammered across this exposed lump of land a few hours after this picture was taken will have added enough salt to keep its waters undrinkable for months to come.
Posted by Jon at 15:00