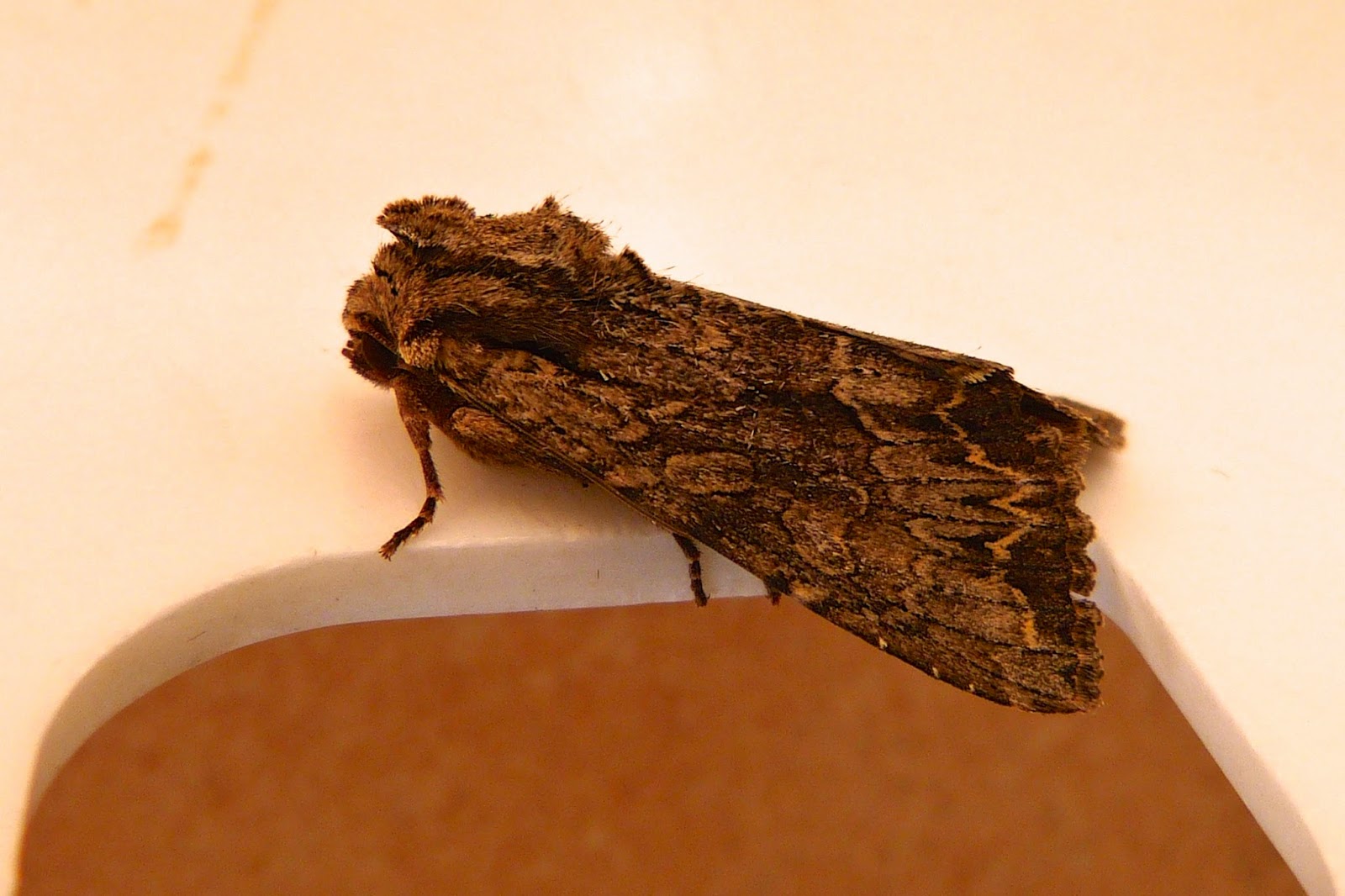 I'm becoming increasingly wary of photographing moths.  It isn't that they're any less beautiful than the rest of the wildlife we have around here - many are stunningly beautiful - it's just that, each time I process yet another moth picture on the computer, I'm coming to dread trying to identify it.

There are said to be about 2,400 moth species in Britain.  A good site like UKMoths has pictures of over 2,200 of them, but the prospect of wading through that number to try to identify something that I found on the plastic washing basket in the utility room appals me. 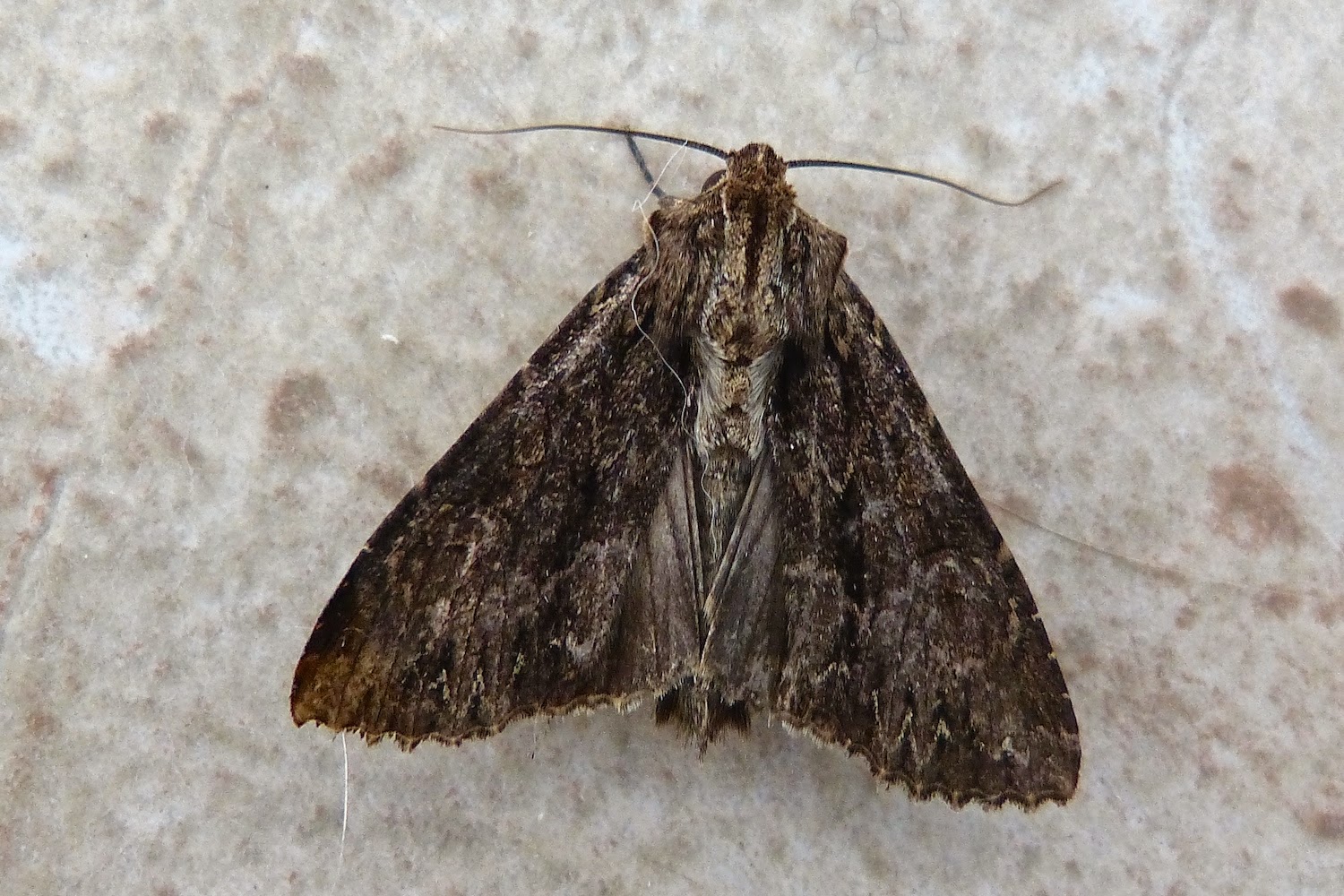 I keep trying.  I think both of these are rustics, though I wouldn't hazard a guess as to which of the several types of rustic they are.  If they're both rustics, they both liked our utility room, this one trying to camouflage itself against the tile floor. 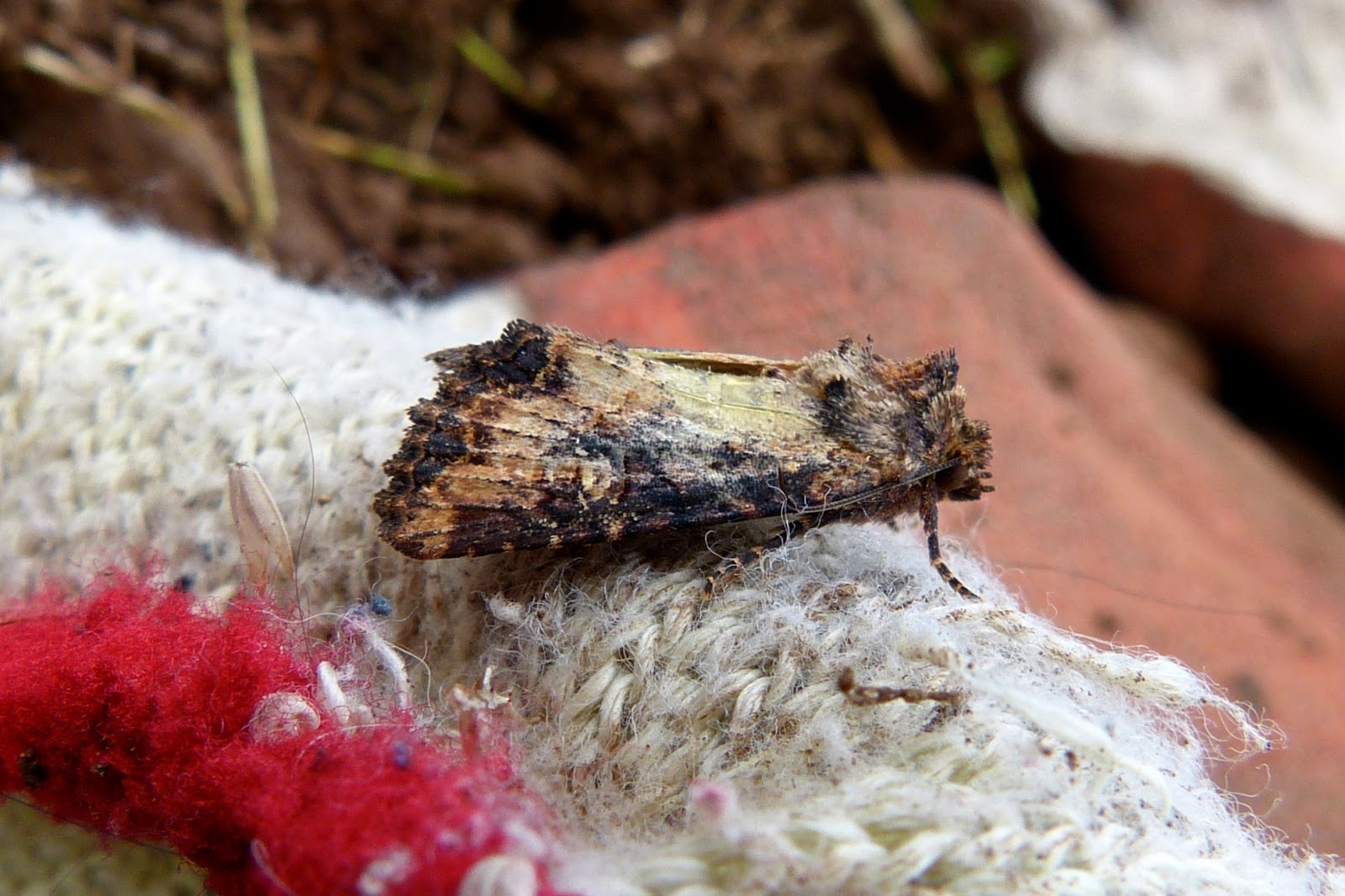 I gave up on this one, though it seems to have the same sort of coronet on his head as the other two. It, at least, stayed outdoors. 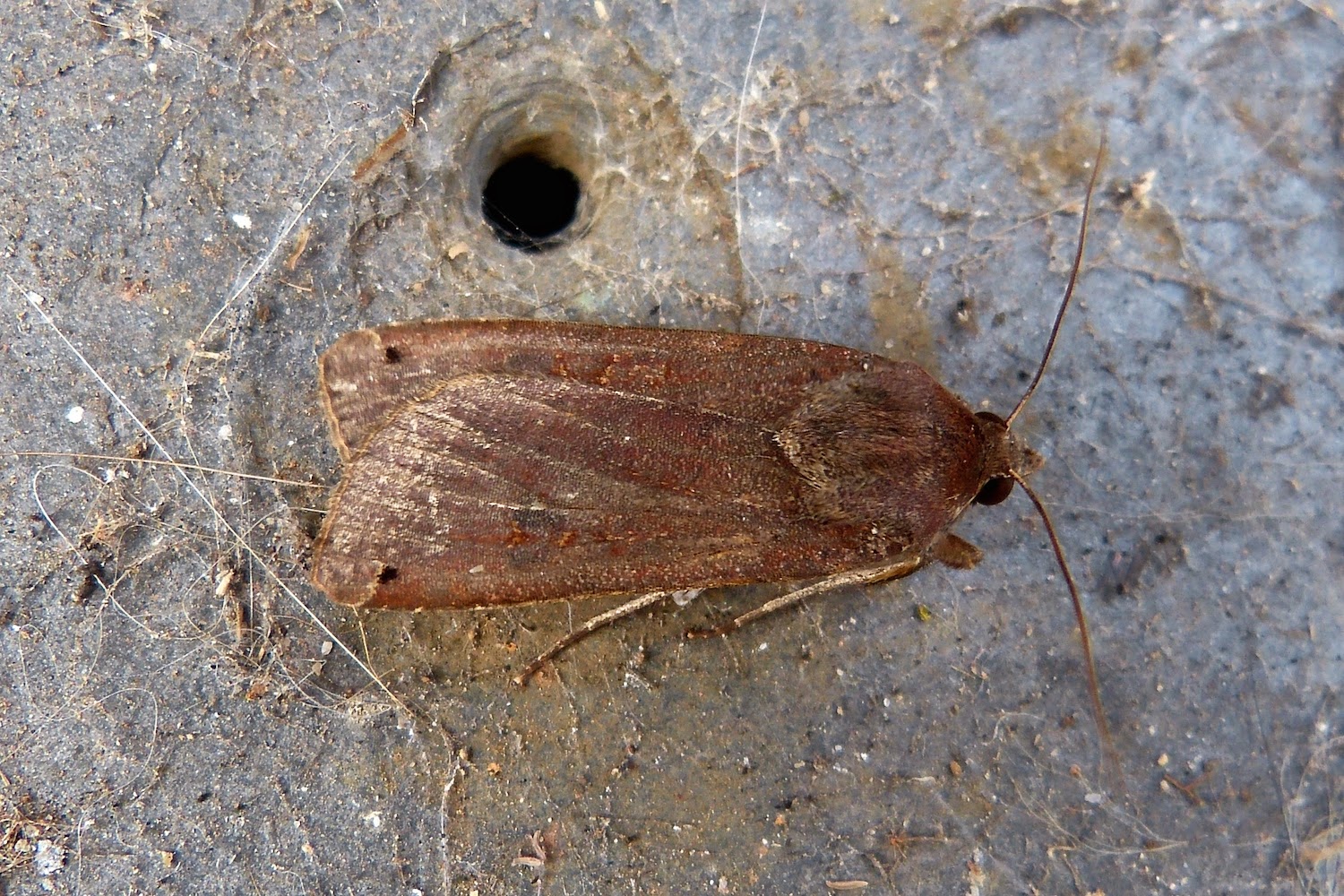 But the prettiest of the recent finds is this one, another one for which, try as I have, I cannot find an identification.  It was a lovely coppery hue, and had two very distinctive dark spots on its wings.

With autumn arriving, I've considered setting up a moth trap using a light and a sheet, but daren't, dreading the time it would take to try to identify those that flew into it.
Posted by Jon at 06:00