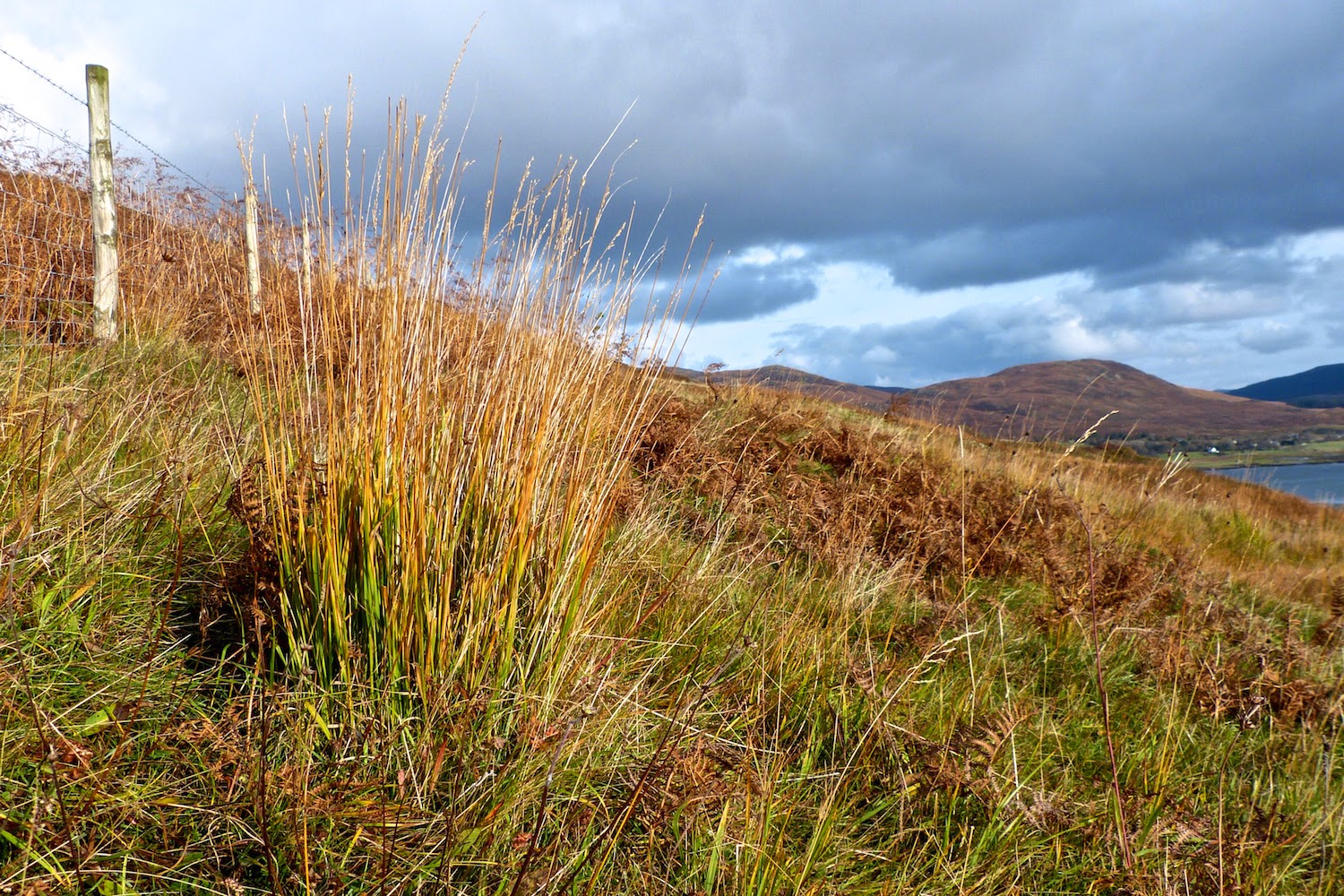 Up at the back of a neighbouring croft is a small area of damp grassland, a meadow, which we've been visiting through the summer to appreciate the rich wildlife such a small area can support - see previous entry here.  One anonymous reader objected to the use of an English term to describe a Scottish field, so the word 'meadow' in the title is, rather tentatively, replace by the Gaelic 'miadan', a word derived directly from the English.

At this time of year the land is dominated by the grasses, many of them in muted yellow-browns when caught by the sun.... 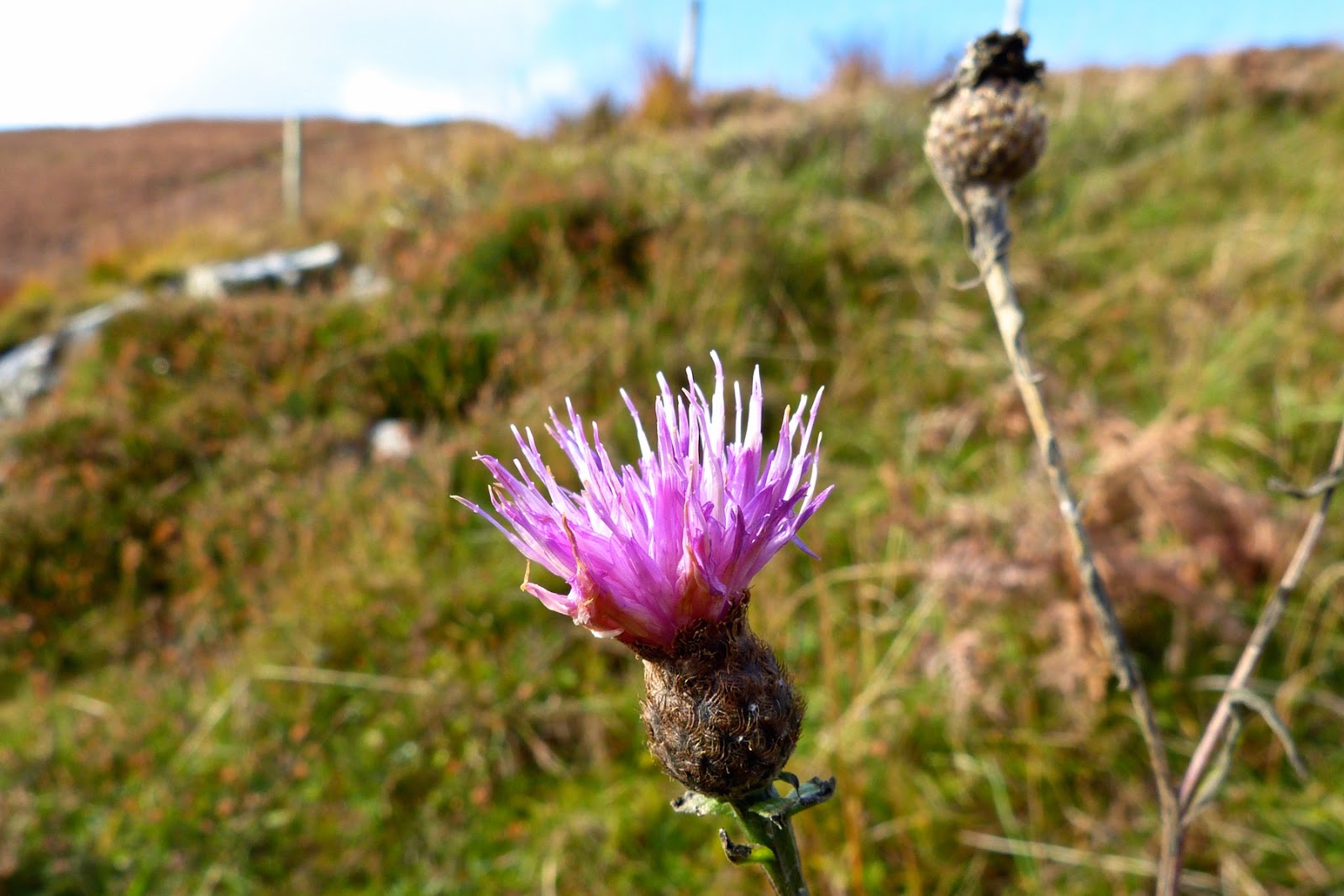 ....but there are still some flashes of brighter colour, almost all from the leftovers of summer, such as knapweed and.... 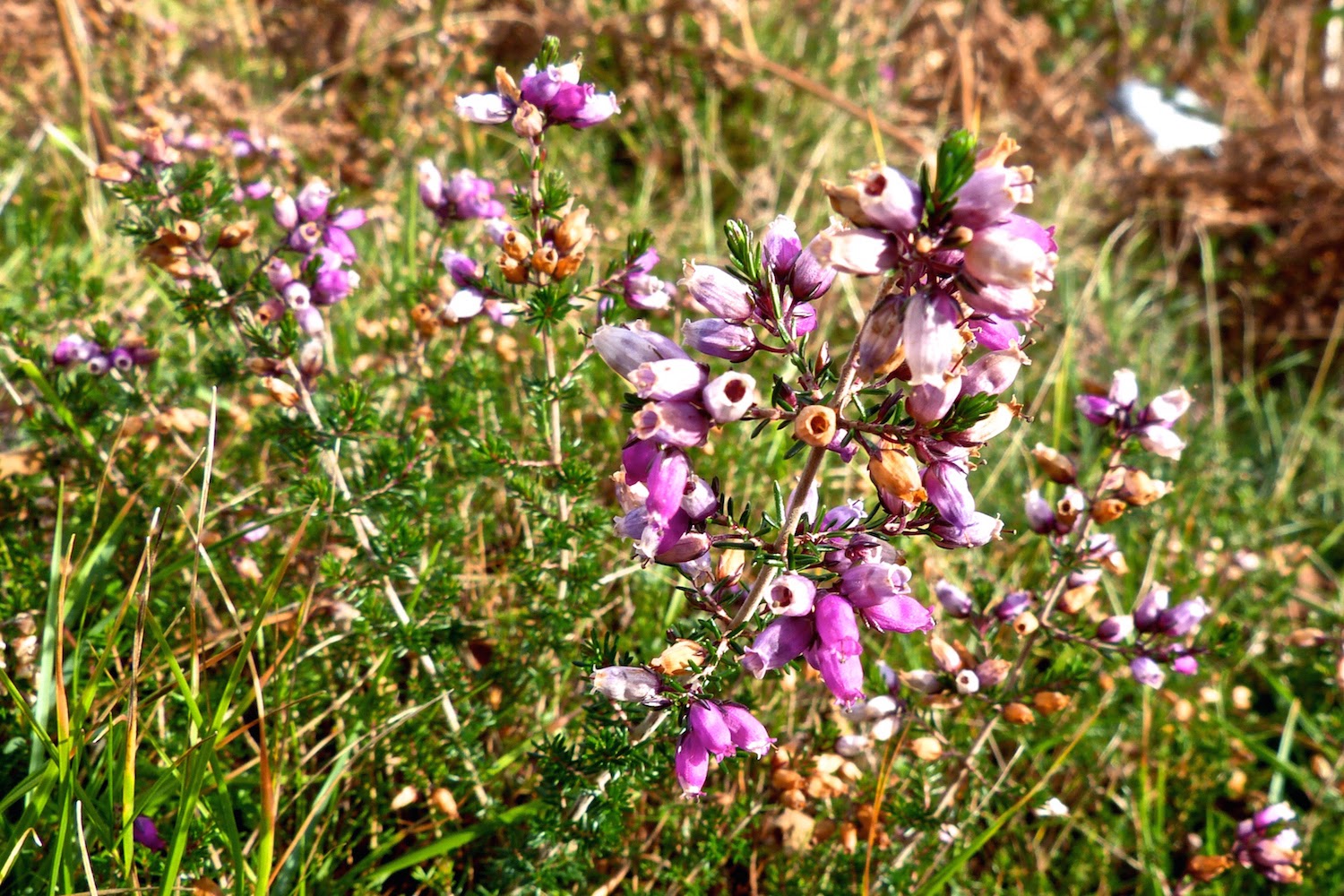 ....bell heather, some of whose flowers have a bluish tinge as if they're feeling the cold. 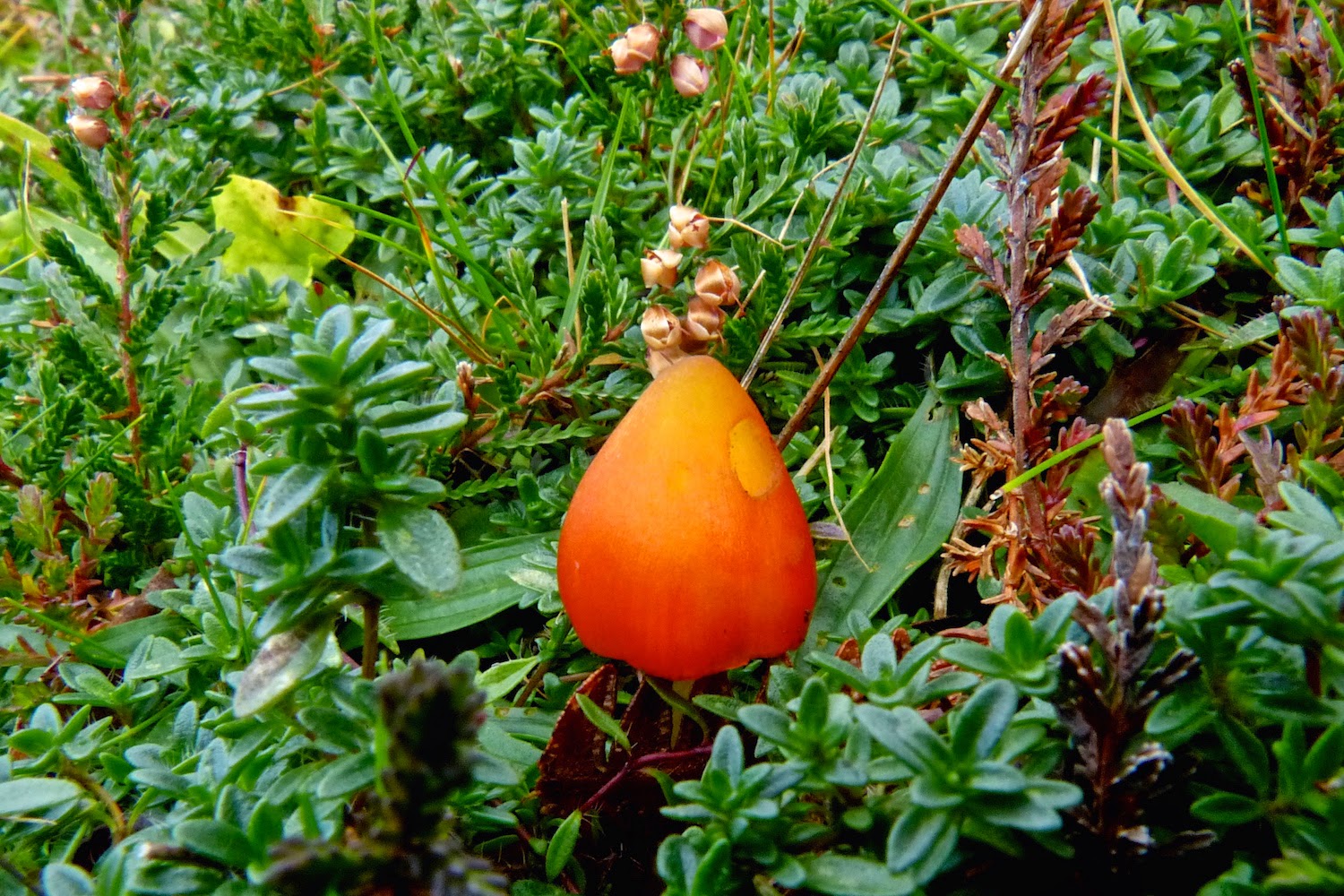 The most startling colour is found by grubbing around on ones hands and knees.  This is one of several delicate little fungi growing amid the greenery, possibly a waxcap. 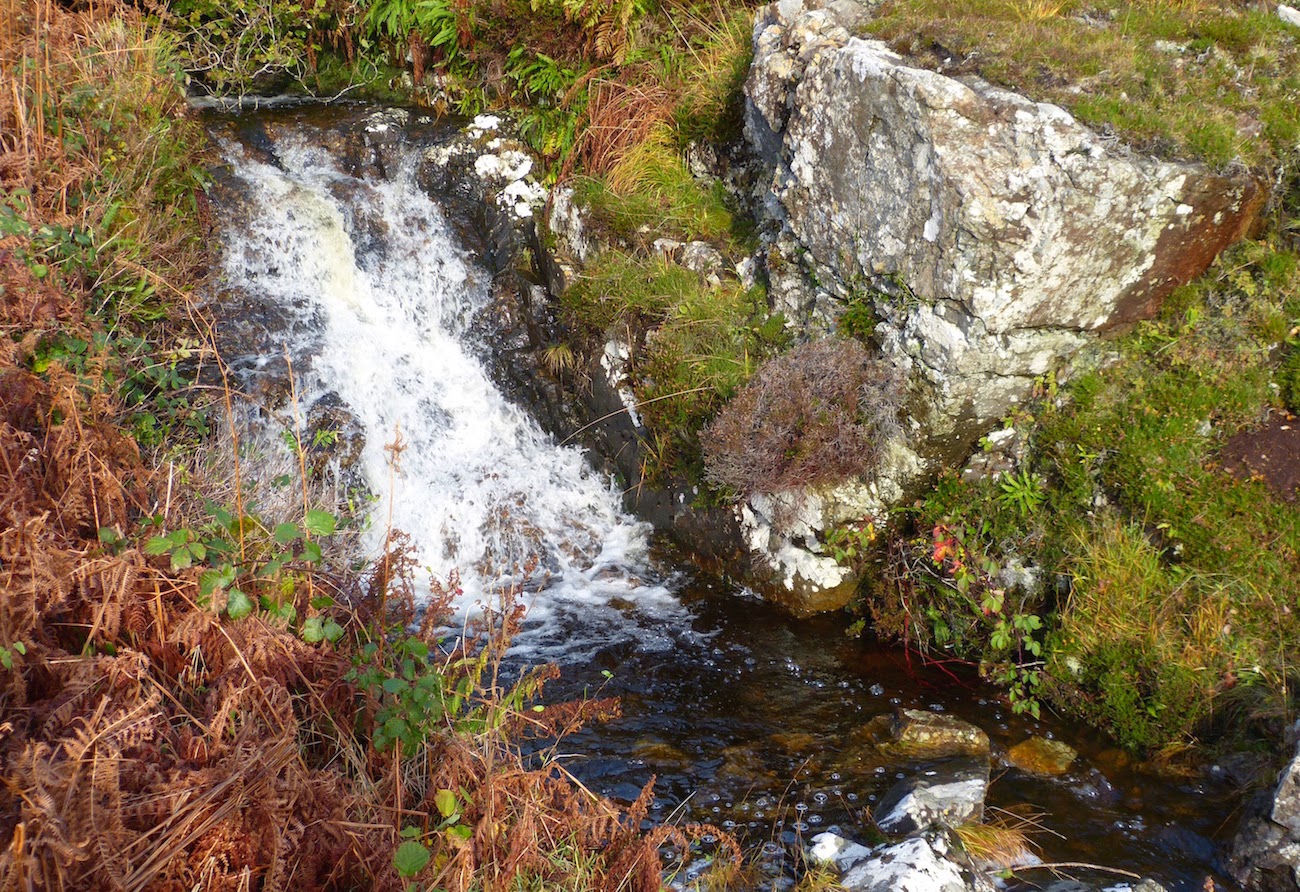 Only one bird was briefly heard, perhaps a pipit, the overwhelming silence broken only when one approached the little burn that cuts the meadow in half - and it, after all the recent rain, was noisy.
Posted by Jon at 15:11