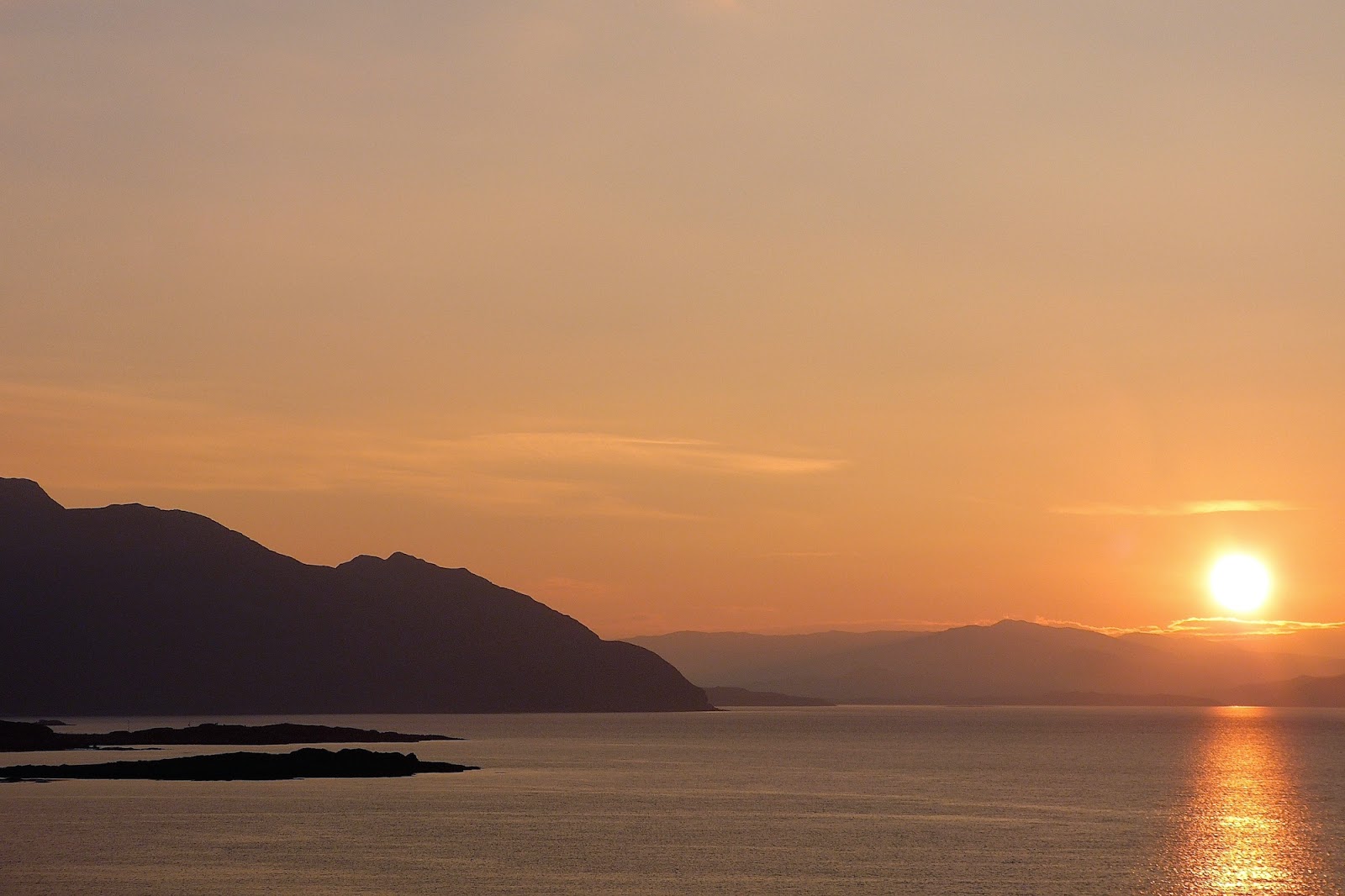 After a chilly night, when the temperature dropped to 5C under clear skies, the day has fulfilled all the promise of its copper-tinged dawn - wall-to-wall sunshine and a light easterly breeze. 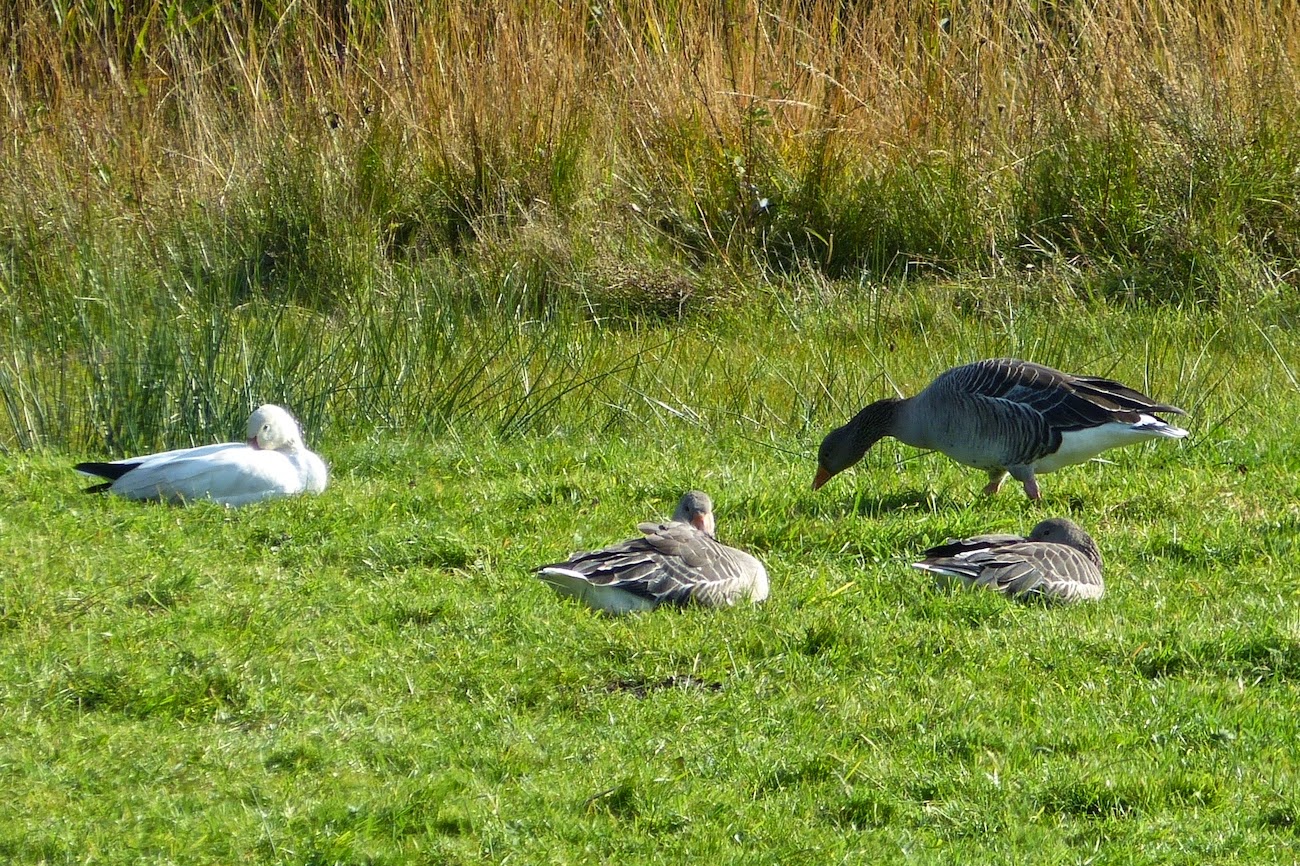 Many thanks to Kilchoan Early Bird who spotted this white goose in the croft field of a certain well-known pig farmer.  When the Diary caught up with it, it was resting with about twenty greylags. 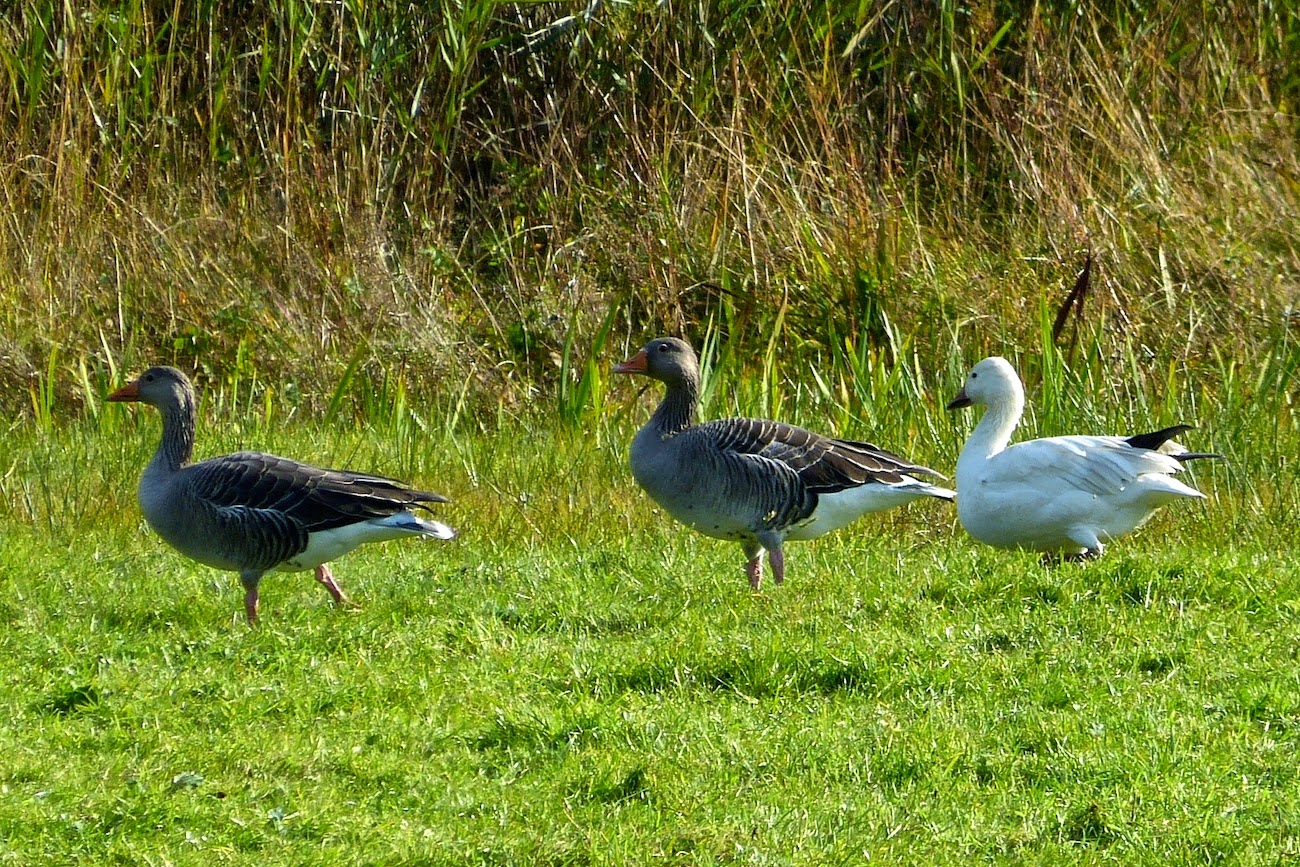 Other than its colour, it looks just like its greylag companions.  As this site suggests, it's most likely to be a farmyard escapee.  Domesticated geese are descended from wild greylag and swan geese, but it had an orange bill which suggests it's the former.  The only thing that leaves any doubt is its black-tipped wing feathers, which aren't usually seen in domesticated geese.
Posted by Jon at 15:35