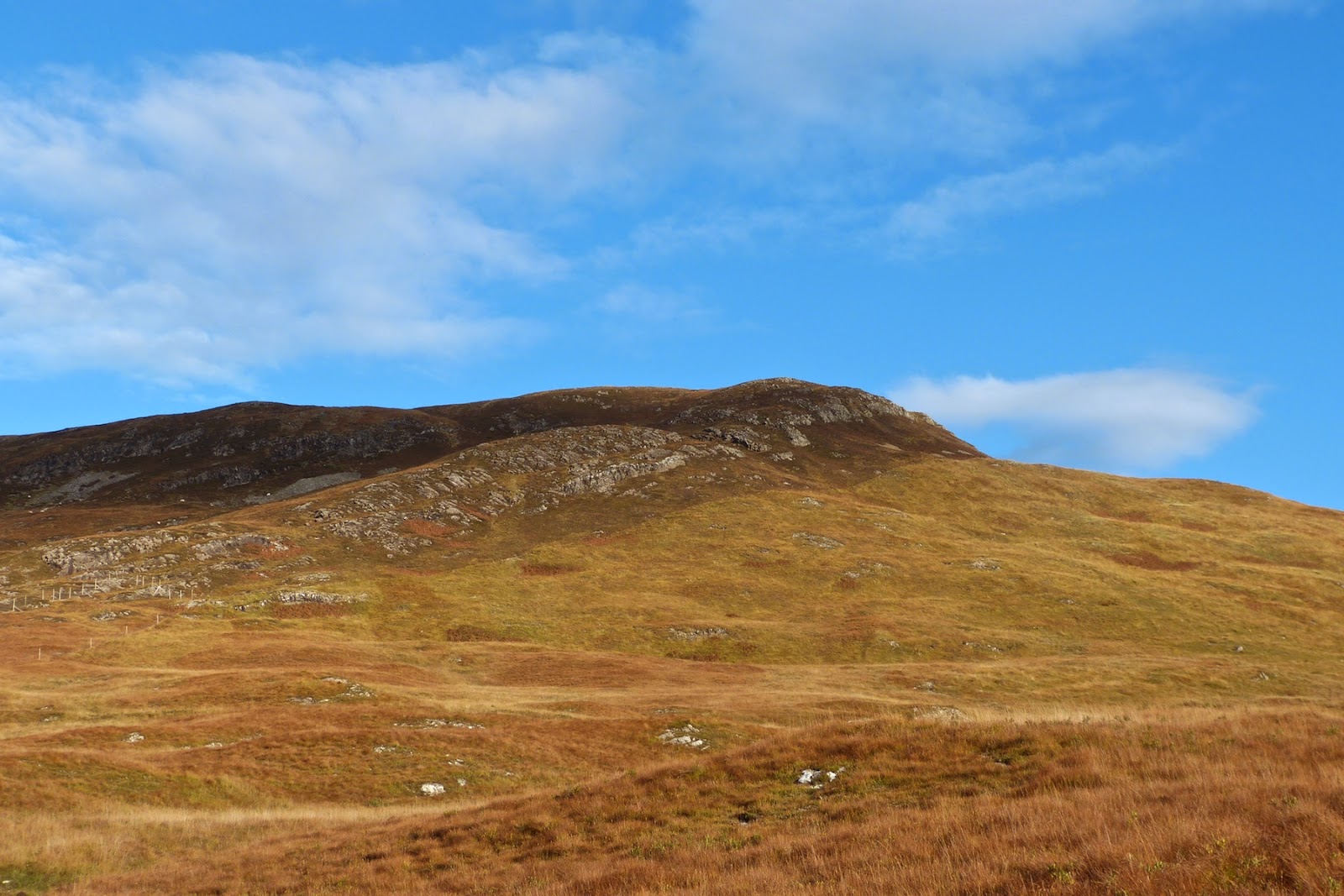 Glas Bheinn is one of the most unprepossessing of hills, with no real feature to distinguish it except the outcrop of a doleritic cone sheet which slashes diagonally across its face.  But when, last week, we climbed its eastern end, starting from the small car park at Glasbheinn Cottages, the ben quickly begins to reveal the first of its secrets.... 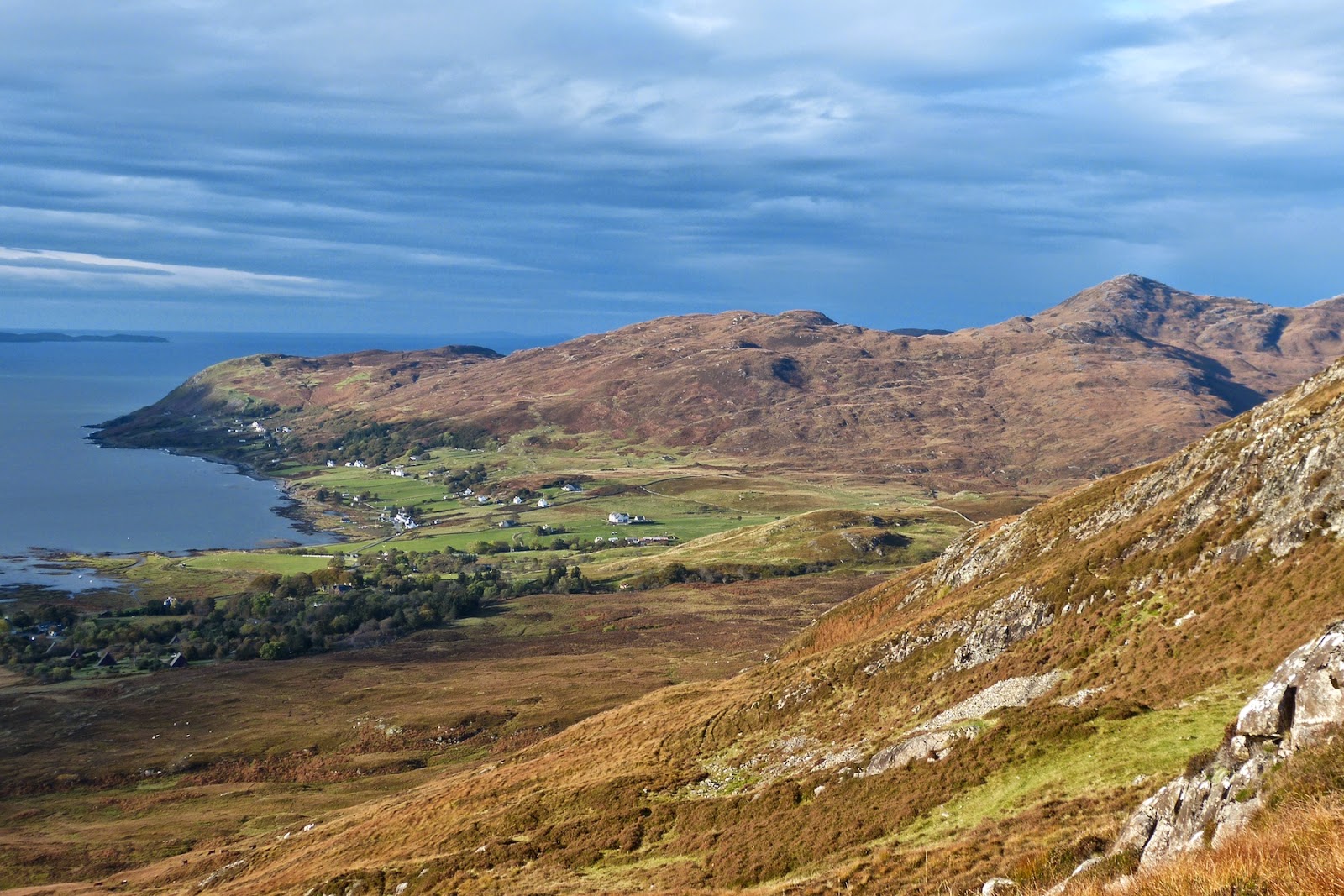 ....magnificent views across the three crofting townships which lie along the margins of Kilchoan Bay.  The houses in the trees in the left middle ground are Kilchoan, three crofts form Ormsaigmore, in the green, flat land in the middle, while Ormsaigbeg is squeezed between the heather-covered slopes of Druim na Gearr Leacainn and the shore. 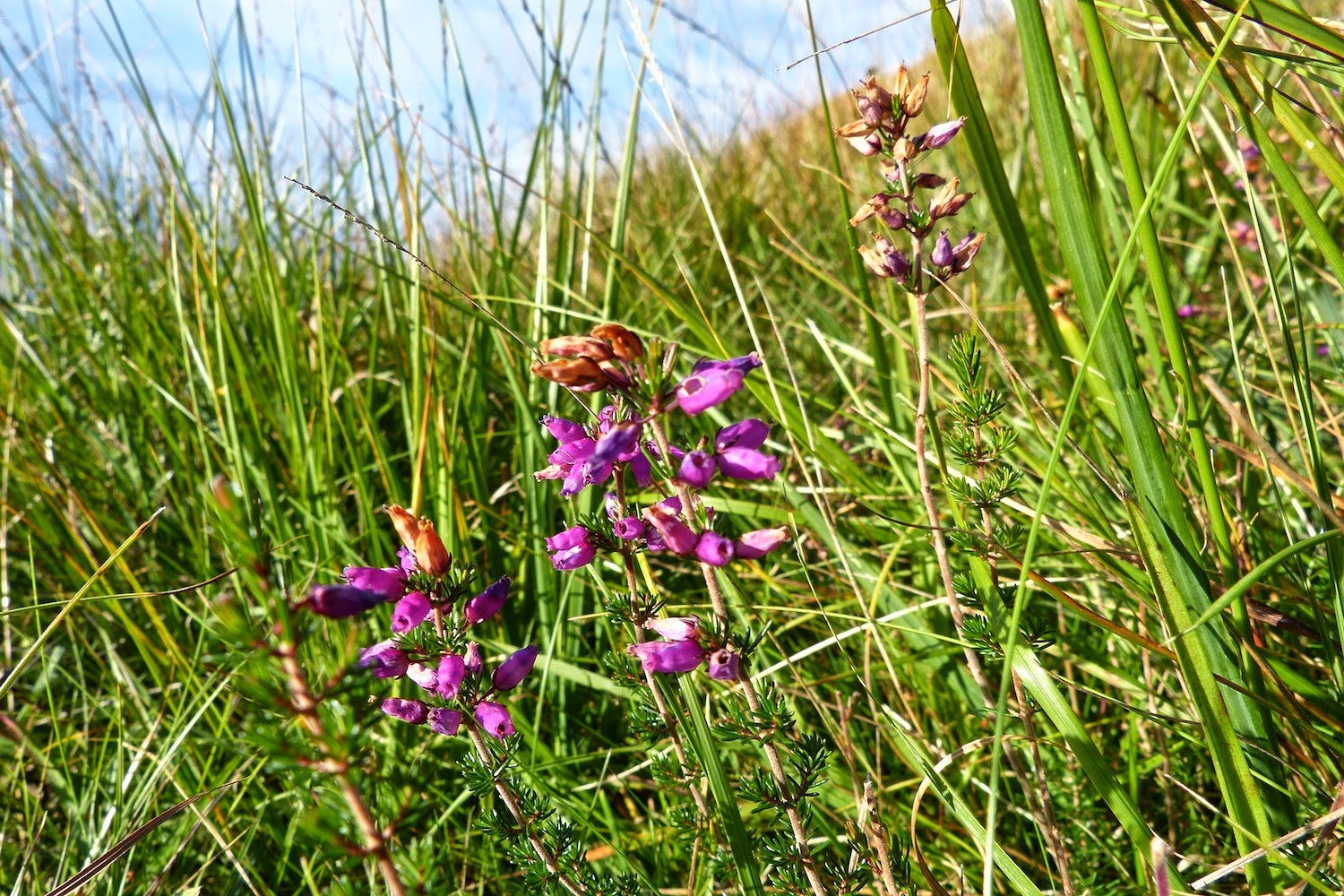 Glas Bheinn was ablaze with heather in September, one of the best shows in years, and the embers of that flowering still glow amongst its dying grasses.  All three of the heather-related plants are still showing blooms: this is bell heather, but ling and cross-leaved heath are also flowering. 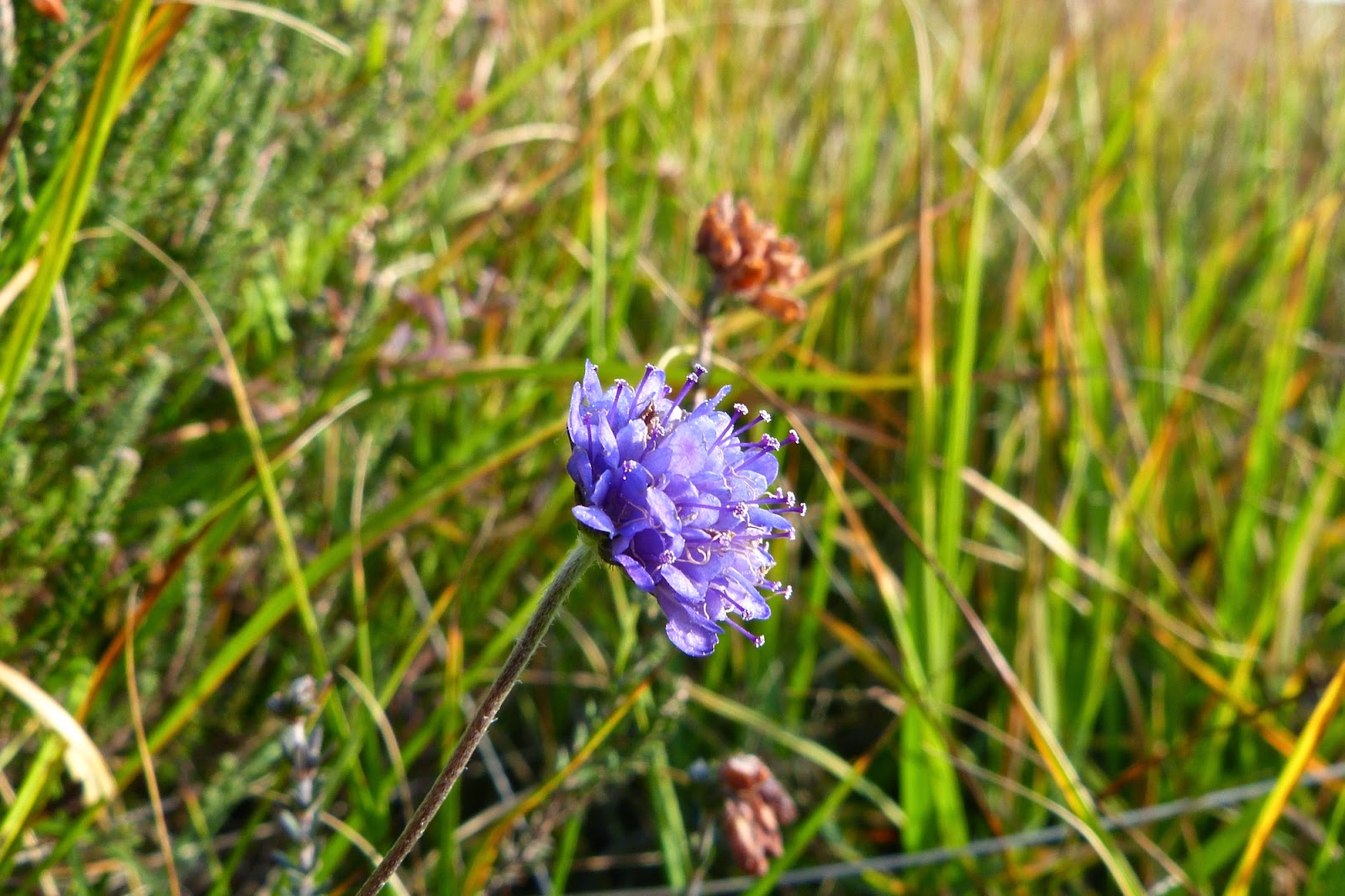 Another plant which has had a good year is devil's-bit scabeous.  Occasional powder-blue blooms dot the grasses and offer an excuse to stop and rest: the climb to the summit is unremittingly steep. 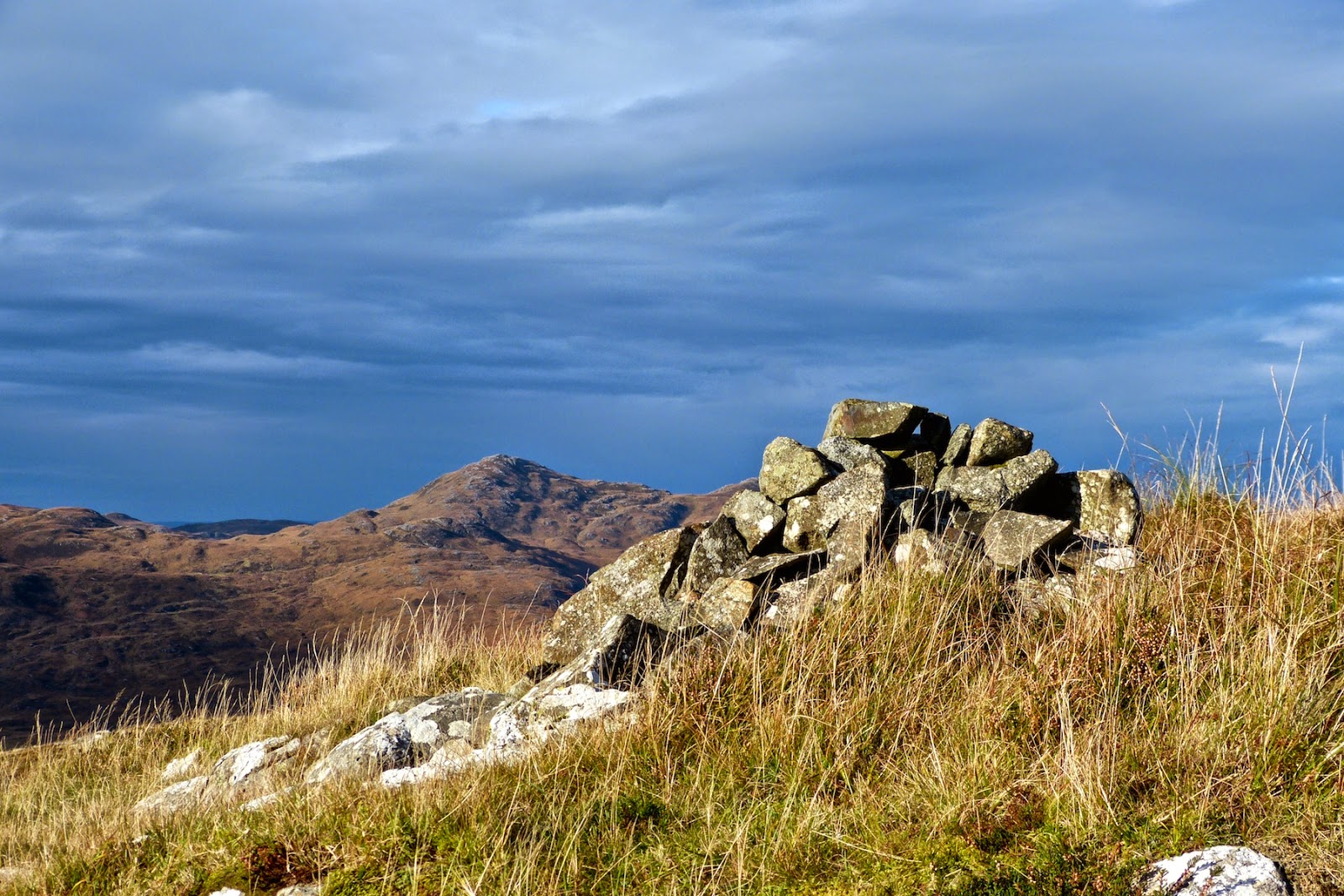 The top of Glas Bheinn is another surprise.  It's a flat, oval area of boggy land which boasts no less than four small, almost apologetic cairns, any of which might mark the highest point.  This one is probably the summit, but.... 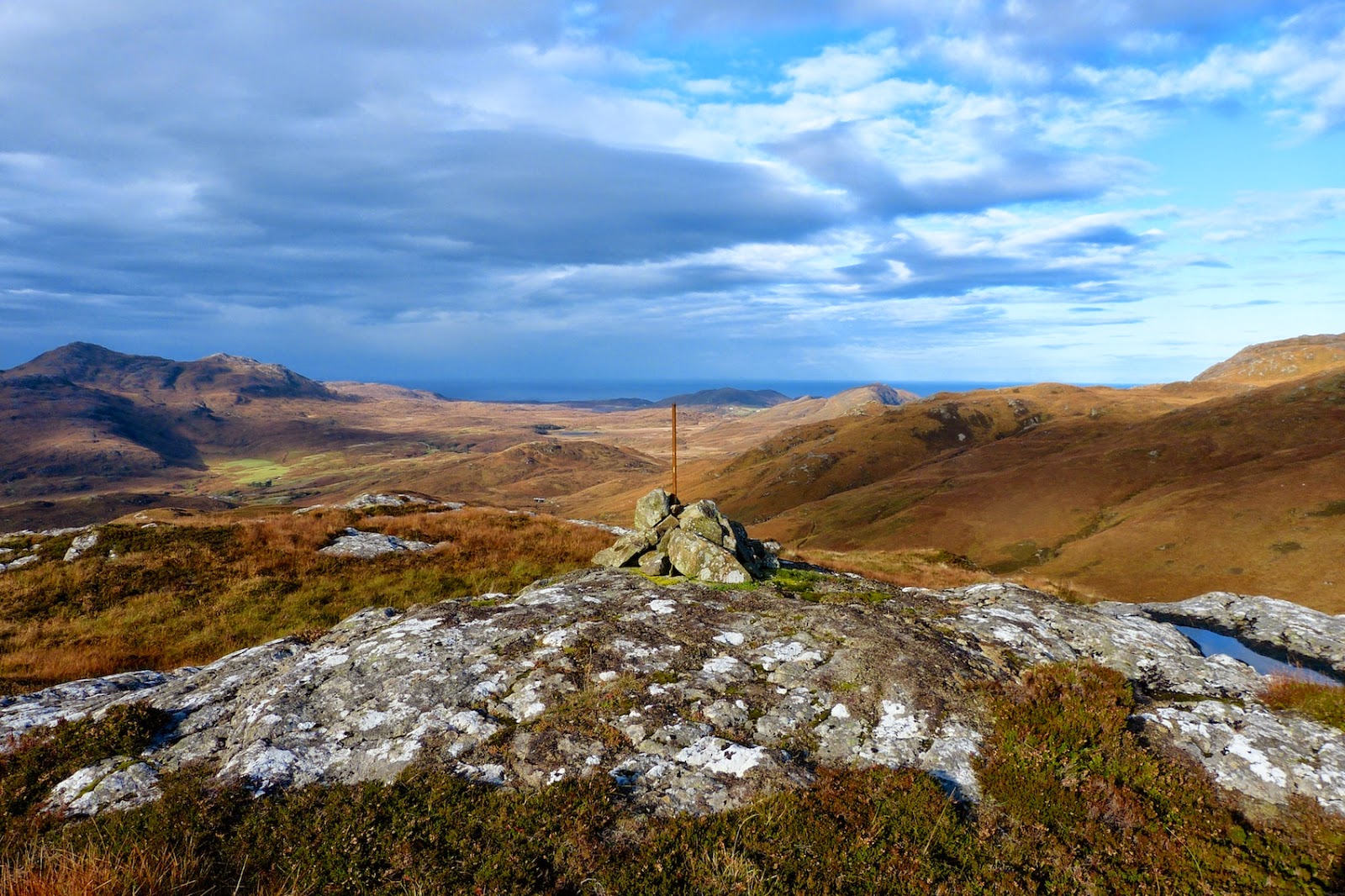 ....this, the smallest cairn, is rather smarter with its steel spike and a super view across miles of countryside towards the lighthouse. 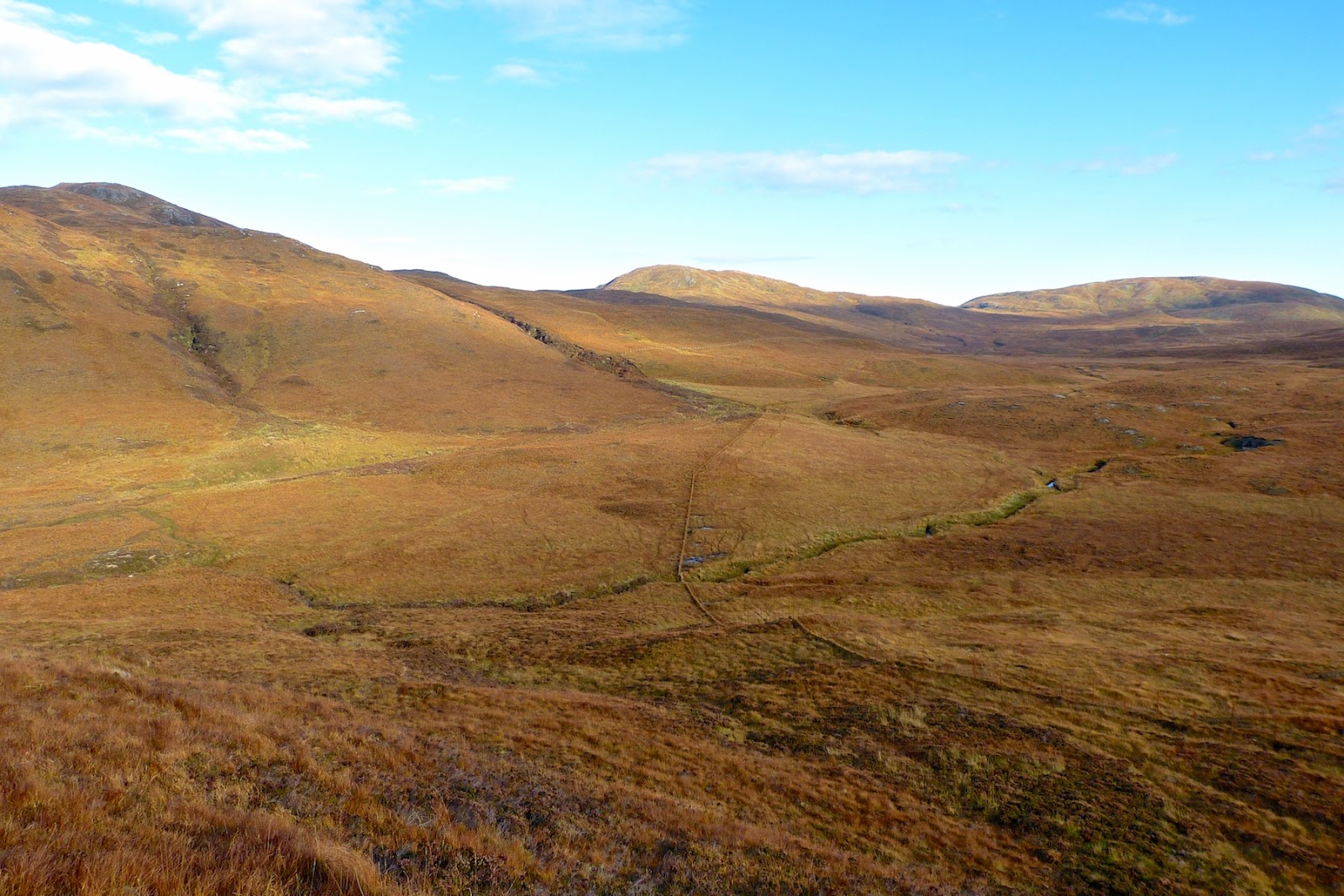 And that's what is really so very special about Glas Bheinn.  As one walks around its summit there's a 360-degree panorama: in every direction Ardnamurchan stretches away, miles and miles of emptiness waiting to be walked and explored.
Posted by Jon at 06:30