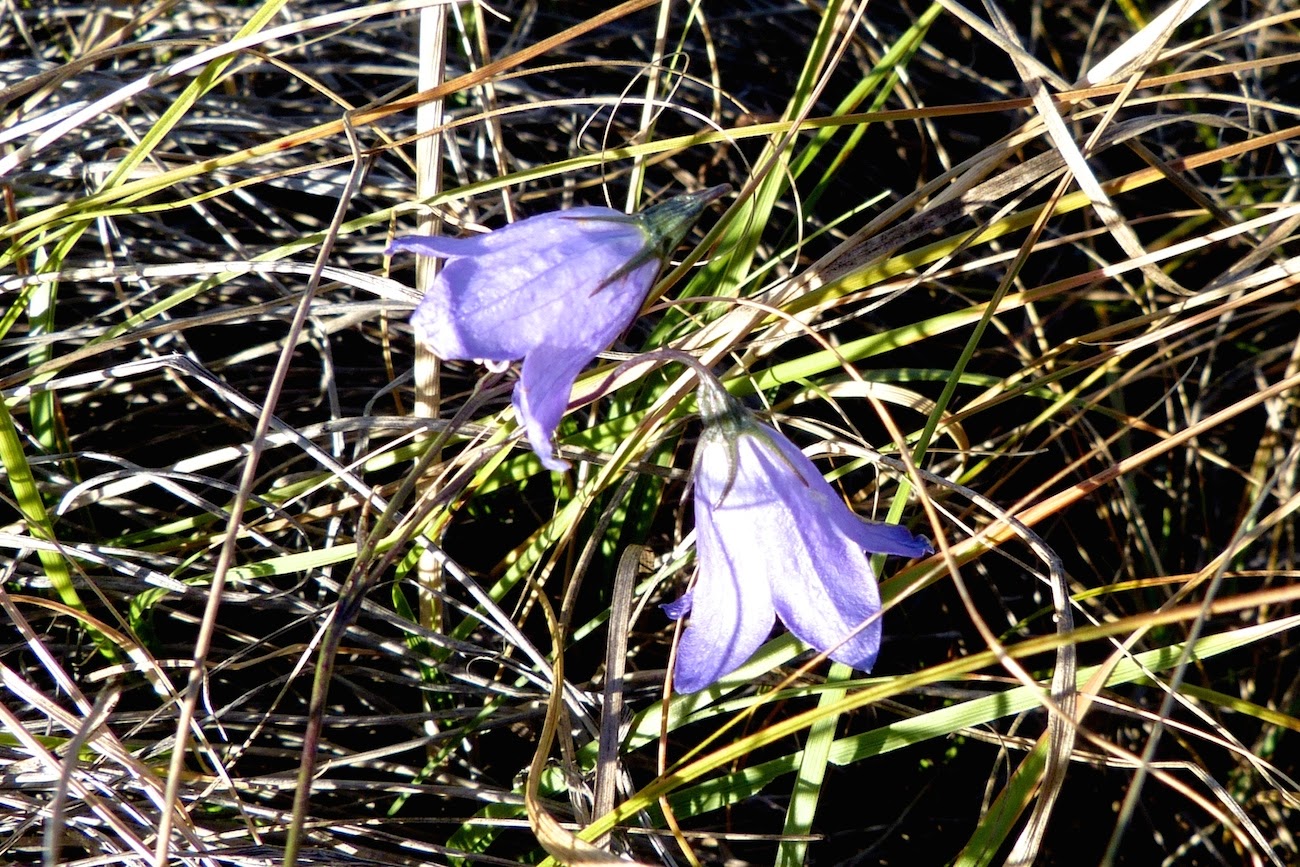 Only a few weeks ago the Diary carried a post about Sanna's wildflowers - link here - which started with a photograph of a group of Scottish bluebells, harebells in England.  That post was one scheduled some three weeks earlier, before we set out for Canada, but two days before it was automatically published I took this picture of bluebells in.... 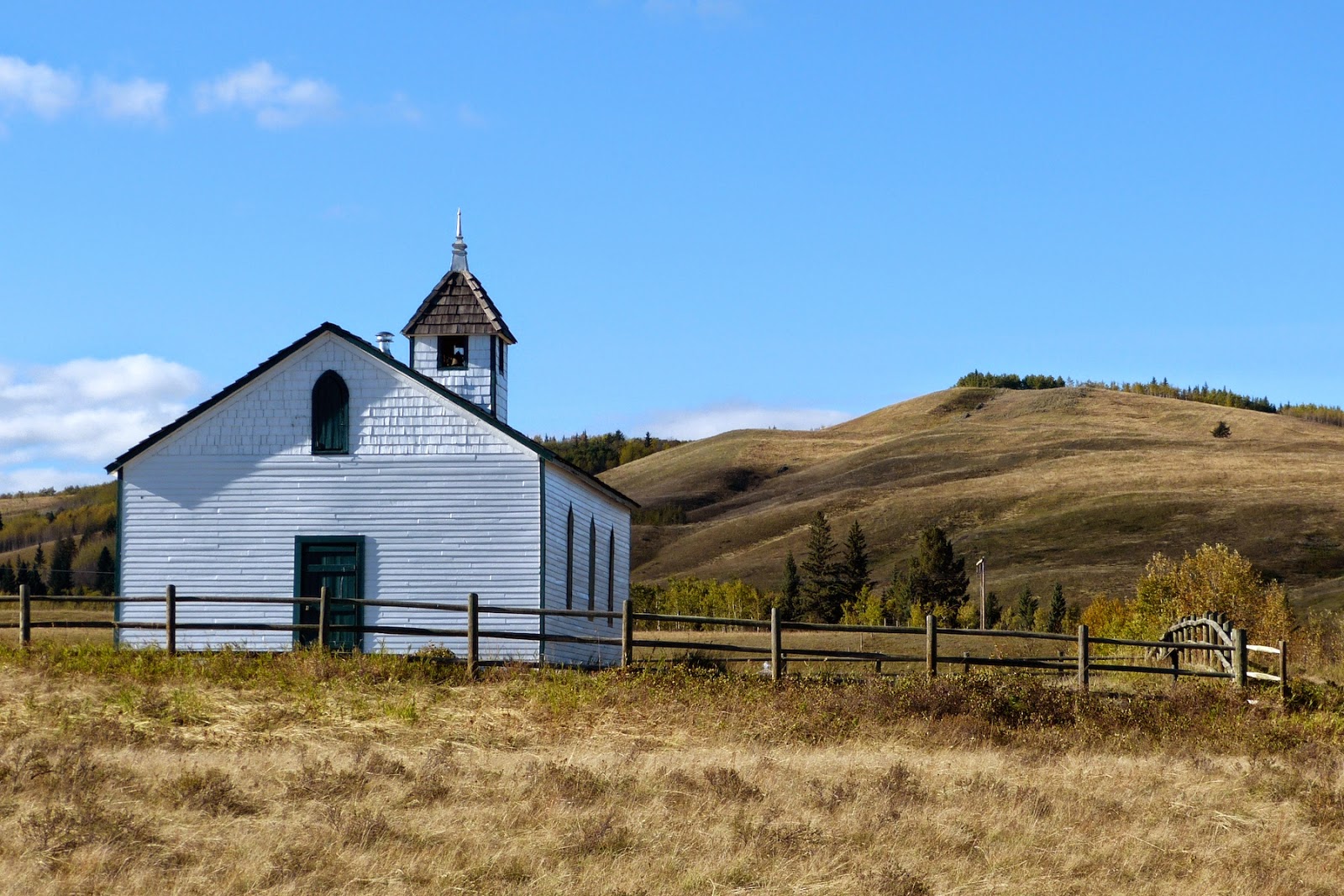 .....a meadow of coarse grass beside a church at a place called Morleyville on the Bow River, west of Calgary, Alberta.  It's an area of rolling grasslands once settled by the Stoney-Nakoda and Blackfoot people, and the church was built in 1875 as a mission station by George MacDougall and his son John.  Today Morleyville has disappeared, and the church is very isolated, but it's maintained in beautiful condition by the MacDougall Stoney Mission Society.  Their website is here. 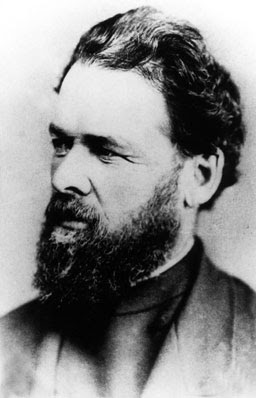 When we visited, my interest was in the bluebell.  I wondered whether it had been brought there by the MacDougalls or whether it was native.  It's native, but it must have been a daily reminder of Scotland during its flowering season.

George is a wonderful example of the pioneering spirit of the Scots.  His father was a sailor at the RN base in Kingston, Ontario, where George was born.  At some point the family moved north to farm wild land in northern Ontario, but George's father continued his career with the RN, leaving George, as the eldest son, to clear the land for the farm, and bring in money by hunting and trapping.  While in his late teens he was called away to war, after which he married and trained as a missionary.  In 1860 he was appointed to a mission in Manitoba, and then to a location 130 kilometres east of Edmonton, Alberta, where he established the earliest Methodist mission in the western prairie west.  From there he and his son John moved to establish the mission at Morleyville.  If you want to read George's life in detail, it's here.

George's journeys, long before the coming of the railway, covered thousands of miles.  He worked amongst the native Americans, so must have learned their languages.  The dangers and privations he and his family faced are unimaginable to us today. 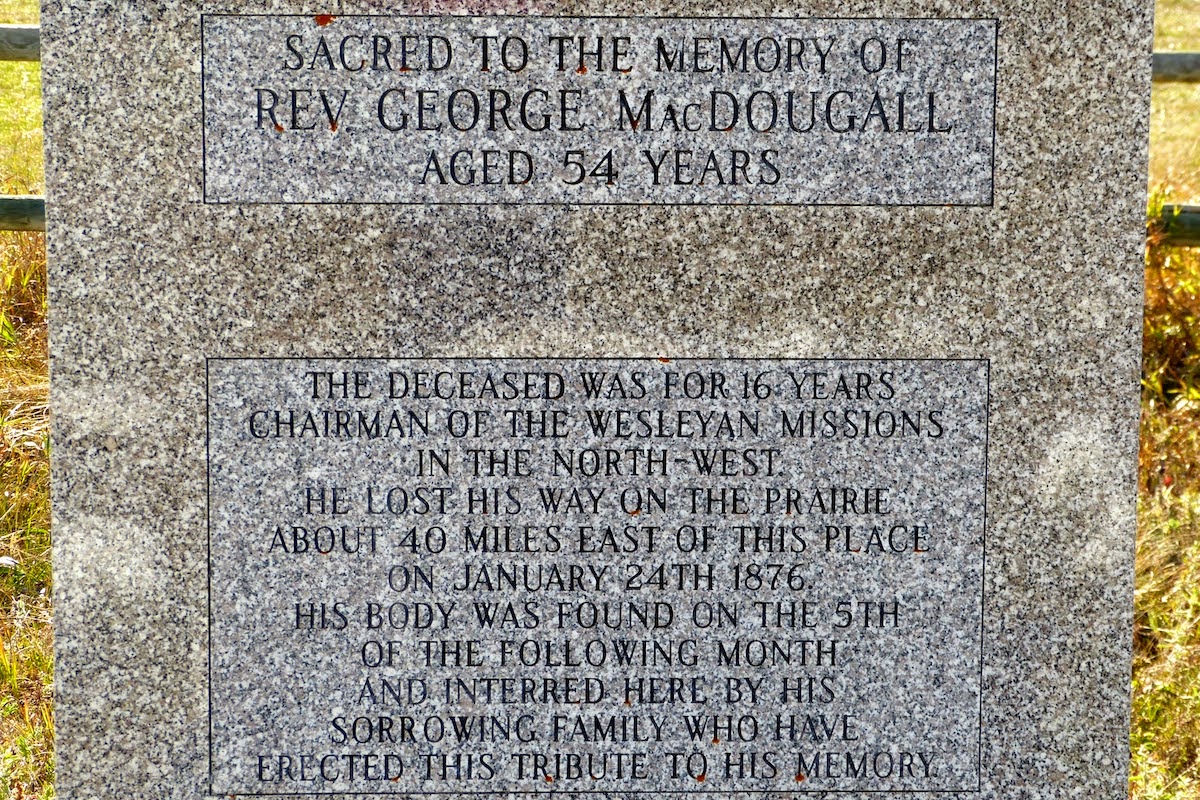 Considering his life experience, it seems a tragedy that George should have died alone and lost out on the prairie in deepest winter.  His grave stands just beside the church he built.

Picture of George MacDougall courtesy Wikipedia.
Posted by Jon at 17:27