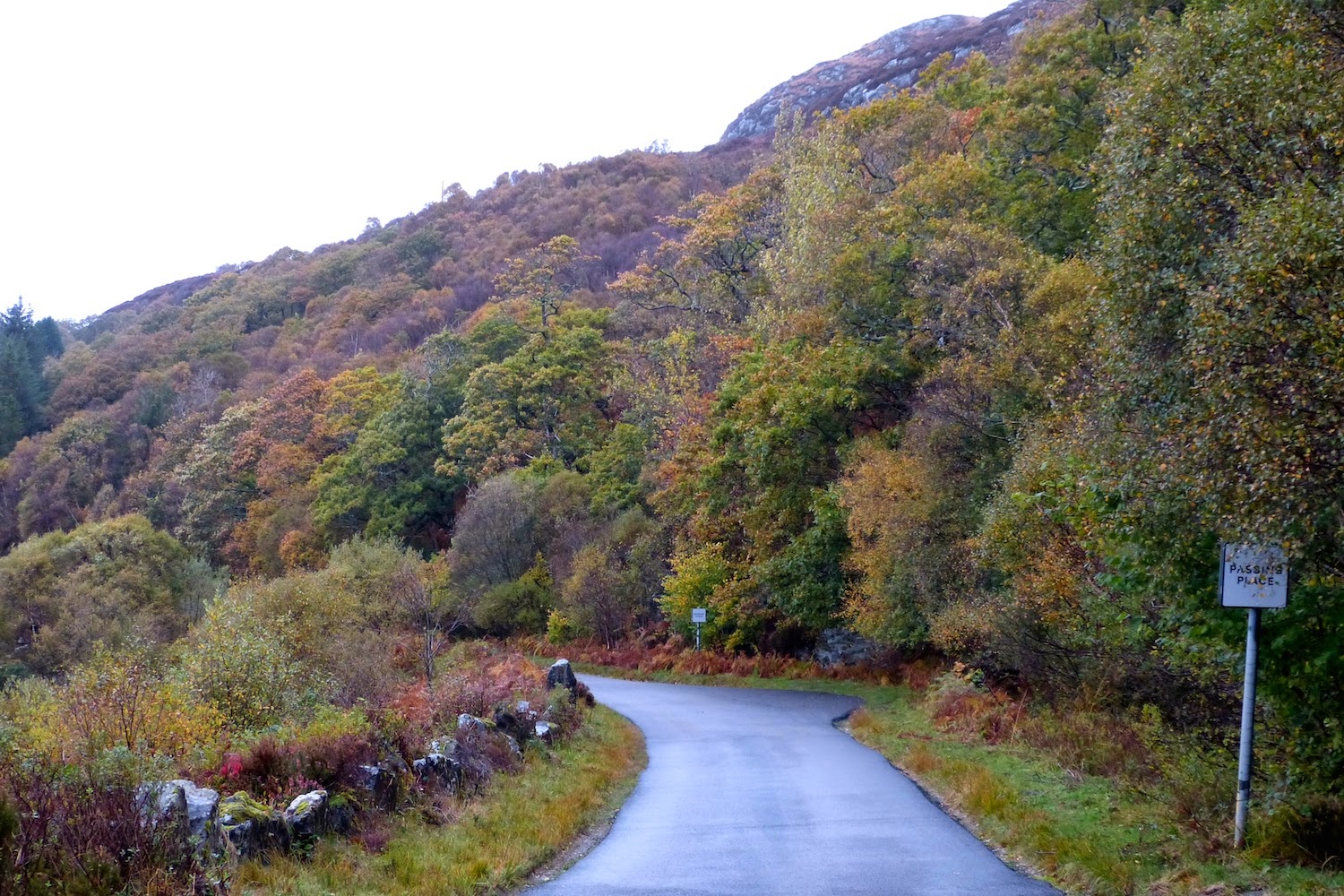 We took the bus in from Kilchoan to Fort William this morning to pick up our car which had been recalled by the manufacturer with potential gearbox problems.  There's a new driver for the Shiel bus, Martin Ellis, who has taken over from the long-serving Gordon MacKenzie.

In Canada - very justifiably - they make a big thing of 'the fall', but the journey back along the side of Loch Sunart would have rivalled it - if only the sun had been out and it hadn't been raining the whole way. 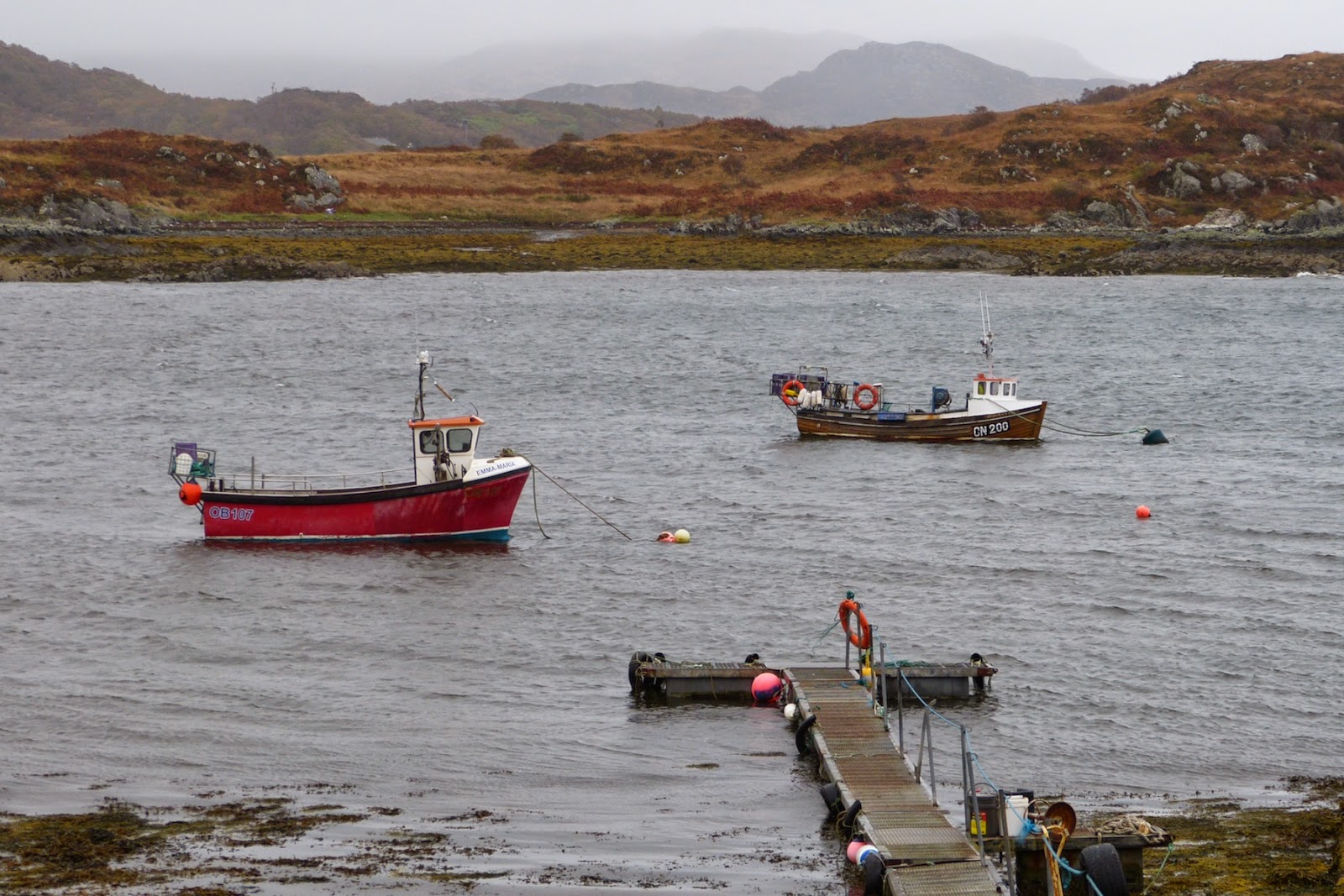 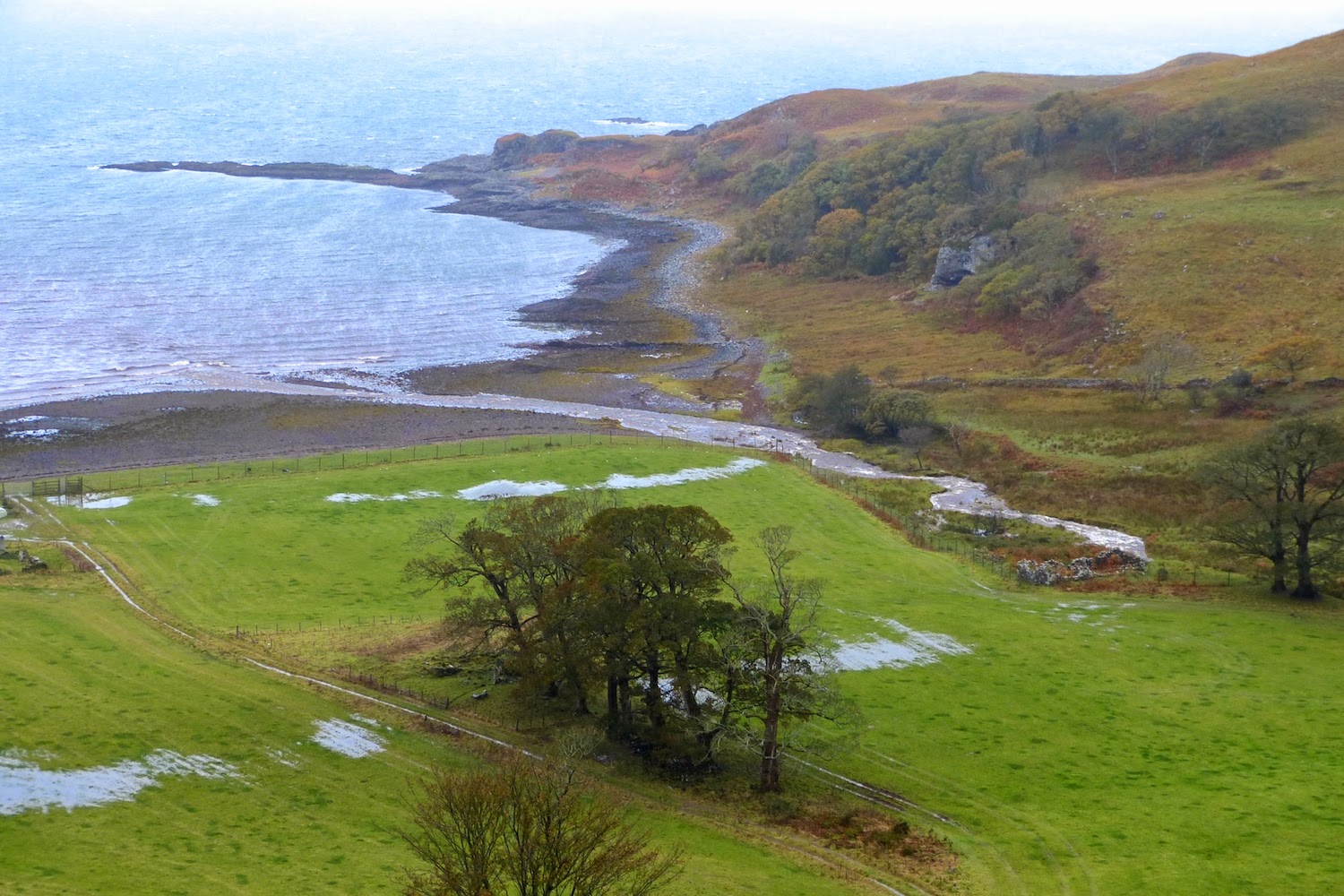 During the morning the peninsula had some heavy rain, with 16mm falling in the space of three hours.  This is Camas nan Geall, but in many places the fields were waterlogged, and the burns were in spate, while, a little further down the road.... 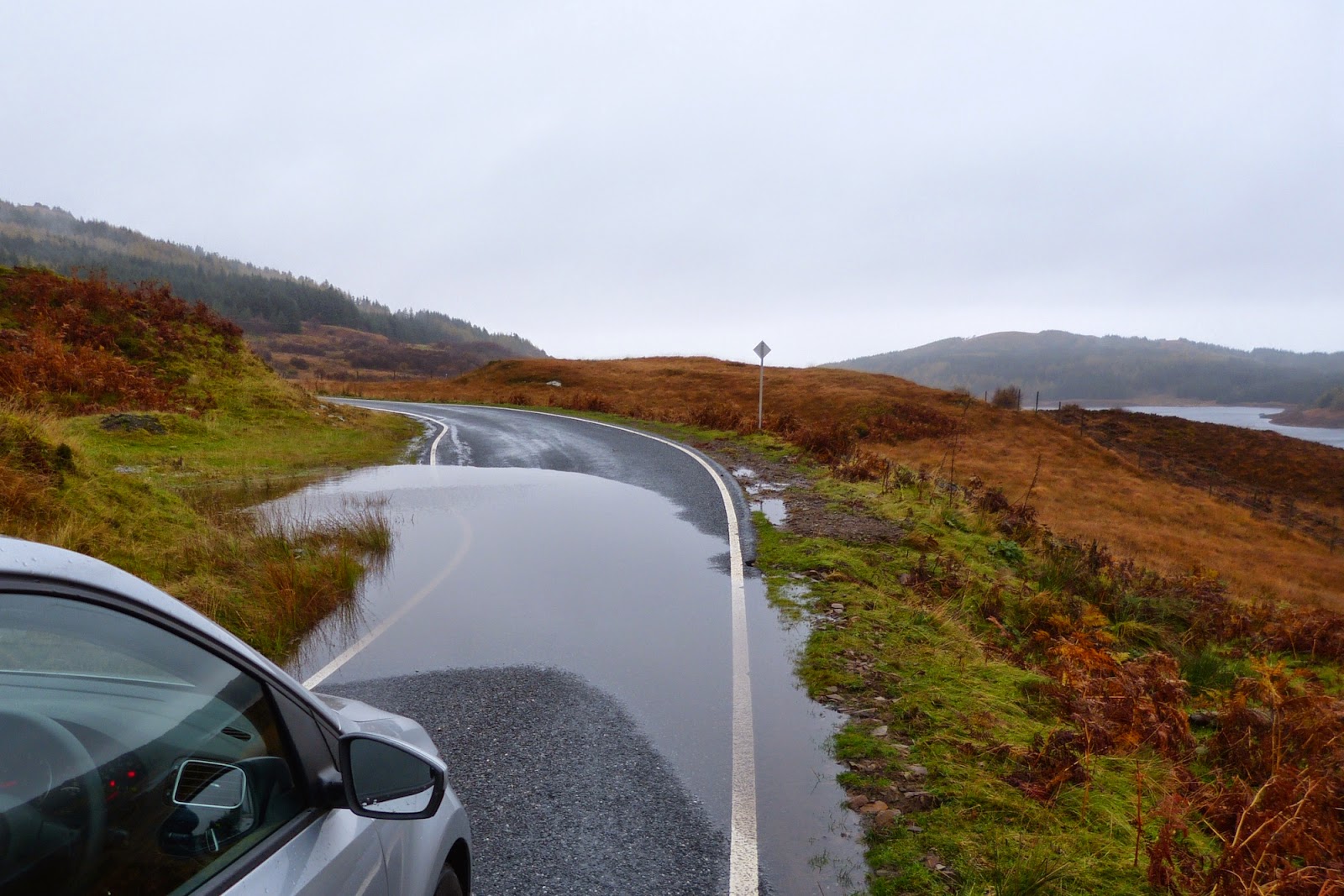 ....we found two lochs at Loch Mudle, one of them on the road.

The forecast is for the southwesterly airstream to dominate our weather until next Tuesday, so there's plenty more Kilchoan sunshine to come.
Posted by Jon at 16:48