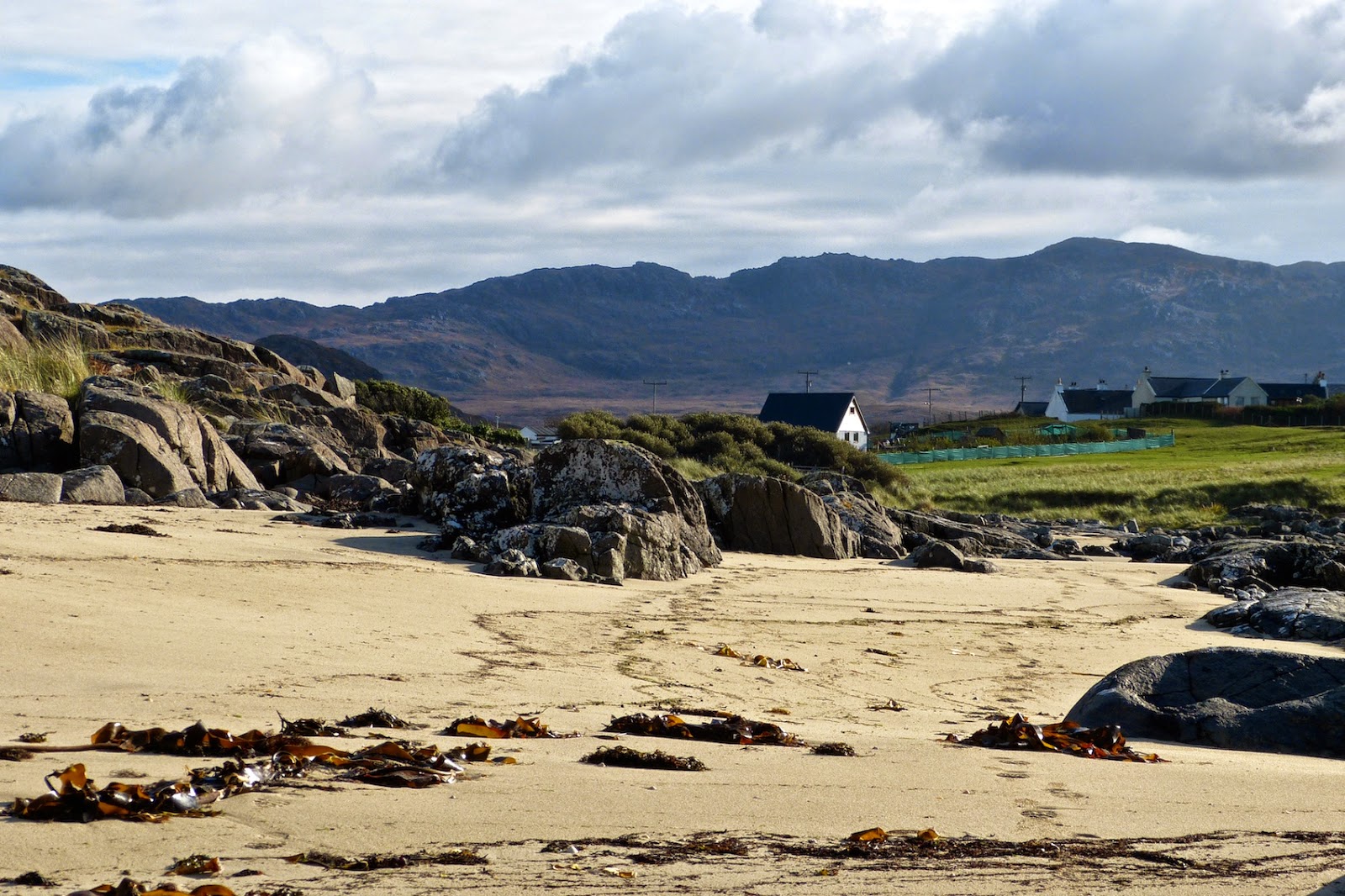 With a light breeze in the north and all the promise of a beautiful late autumn day ahead, we set off for what would be the first good walk since we returned from holiday and, therefore, likely to be a slightly painful experience.  We headed for Sanna, for a tour of some its many beaches, starting with the beach on the north side of the Sanna Burn. 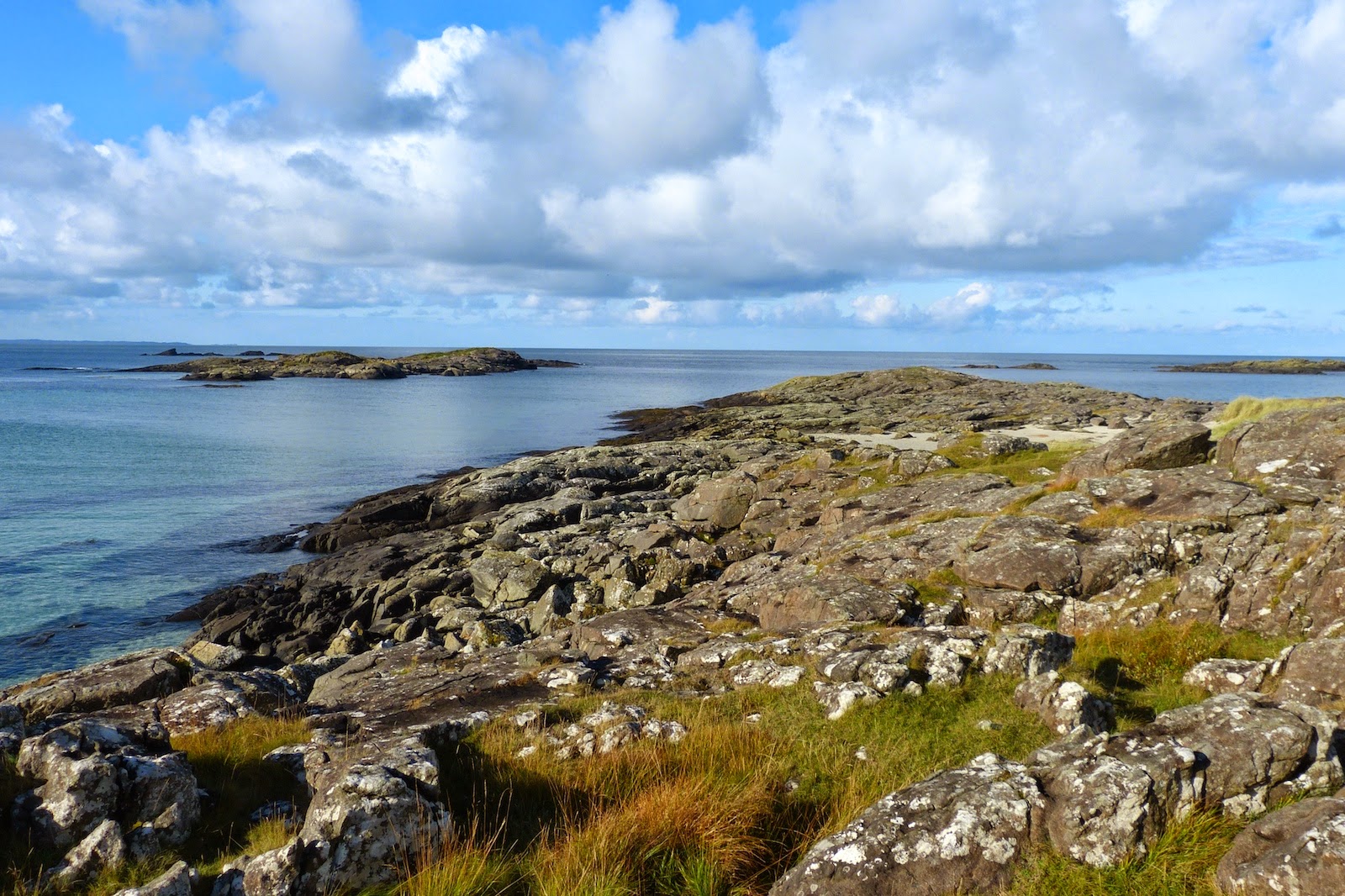 From there we headed for the point opposite Sanna Island, seen to the left, where there's a small beach that almost separates the end of the point from the mainland. 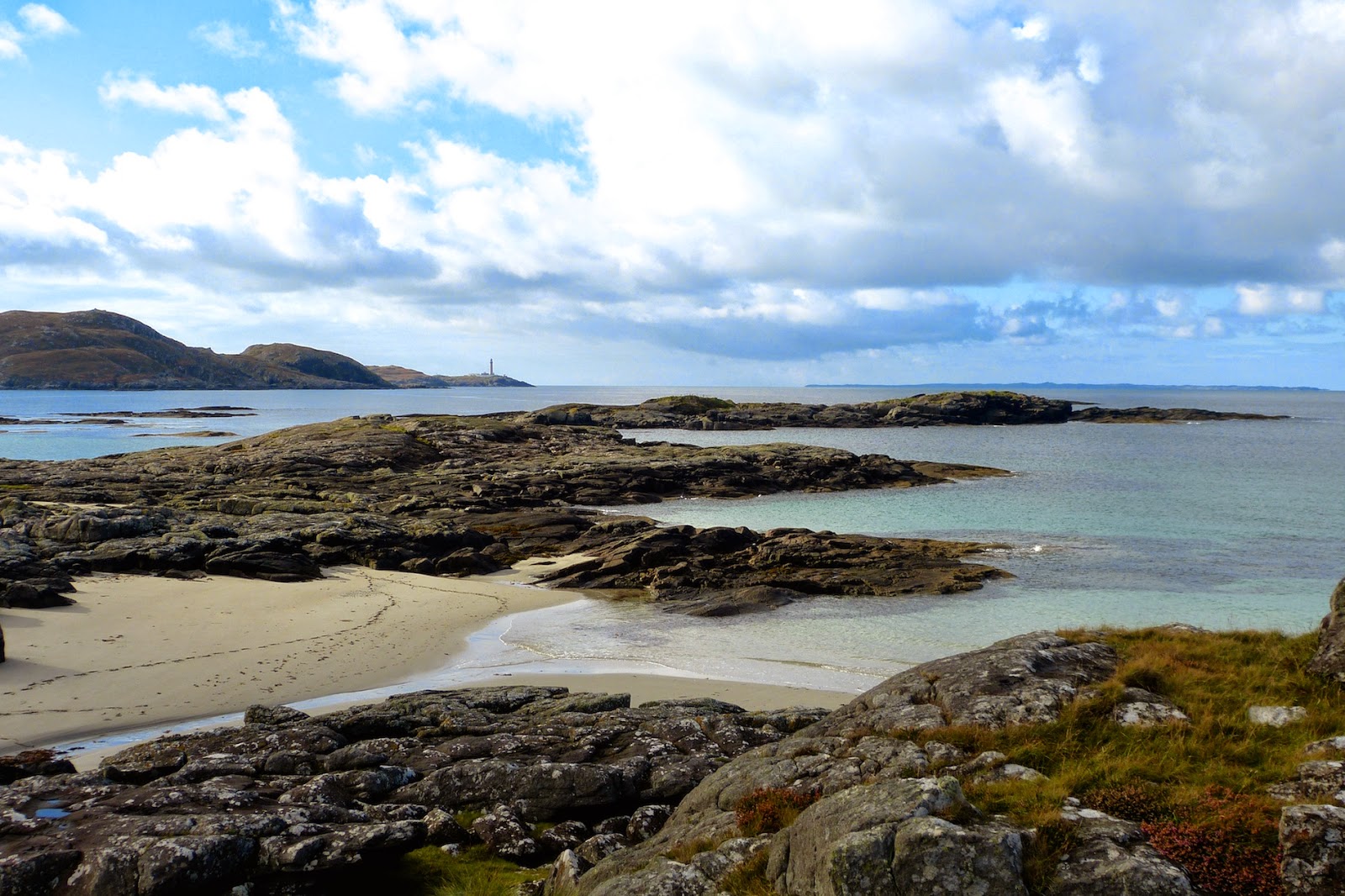 Tucked into the north of the point is this secret little beach.  Each day, twice a day, the tide rises and sweeps it clean, remoulding the contours of its sand. 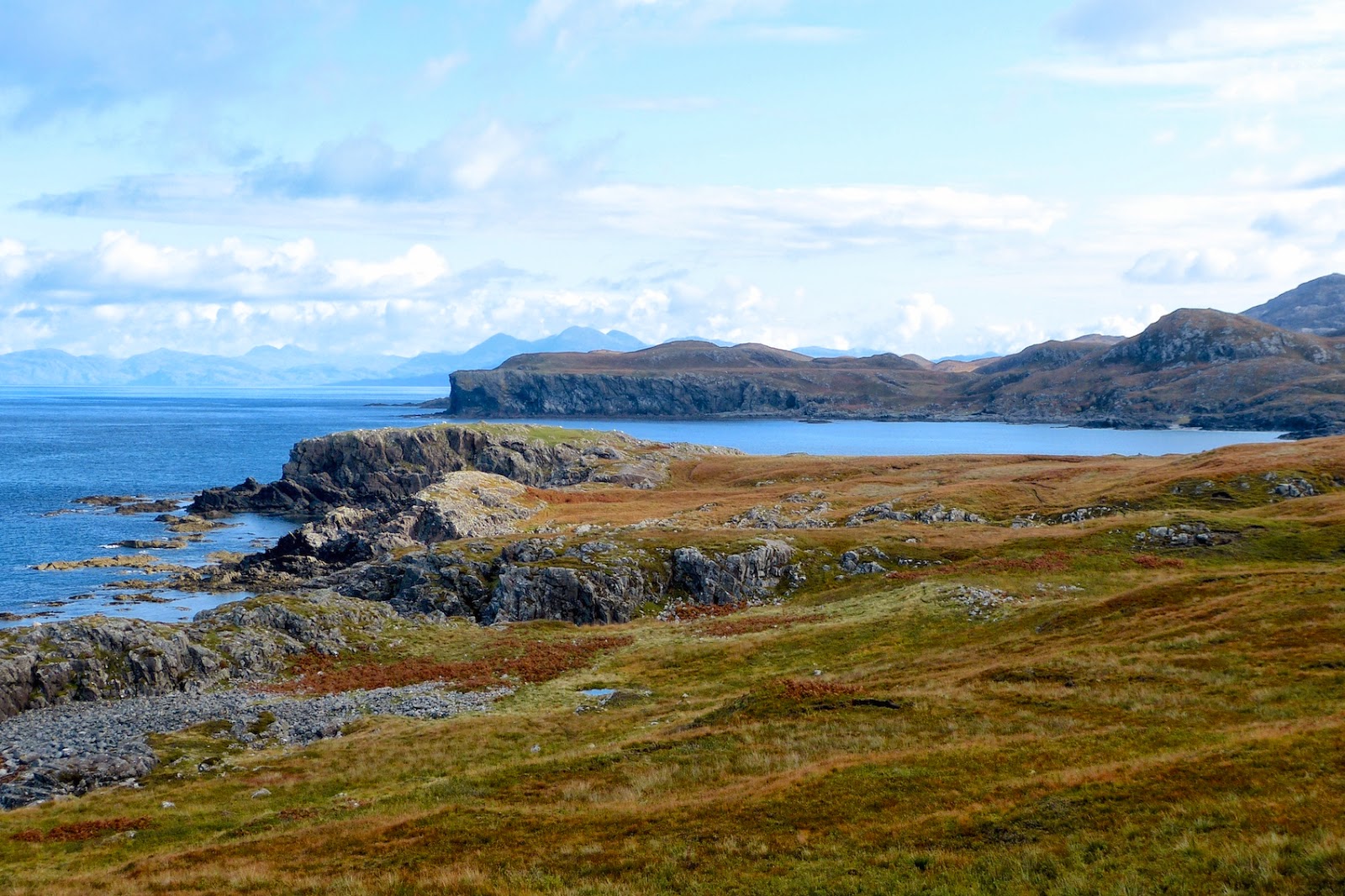 From there we headed north across the line of low hills which separates Sanna from the north coast.  The headland in the middle distance is Rubha an Dun Bhain, and the one beyond the bay Rubha Carrach, with the mountains of Moidart in the misty distance. 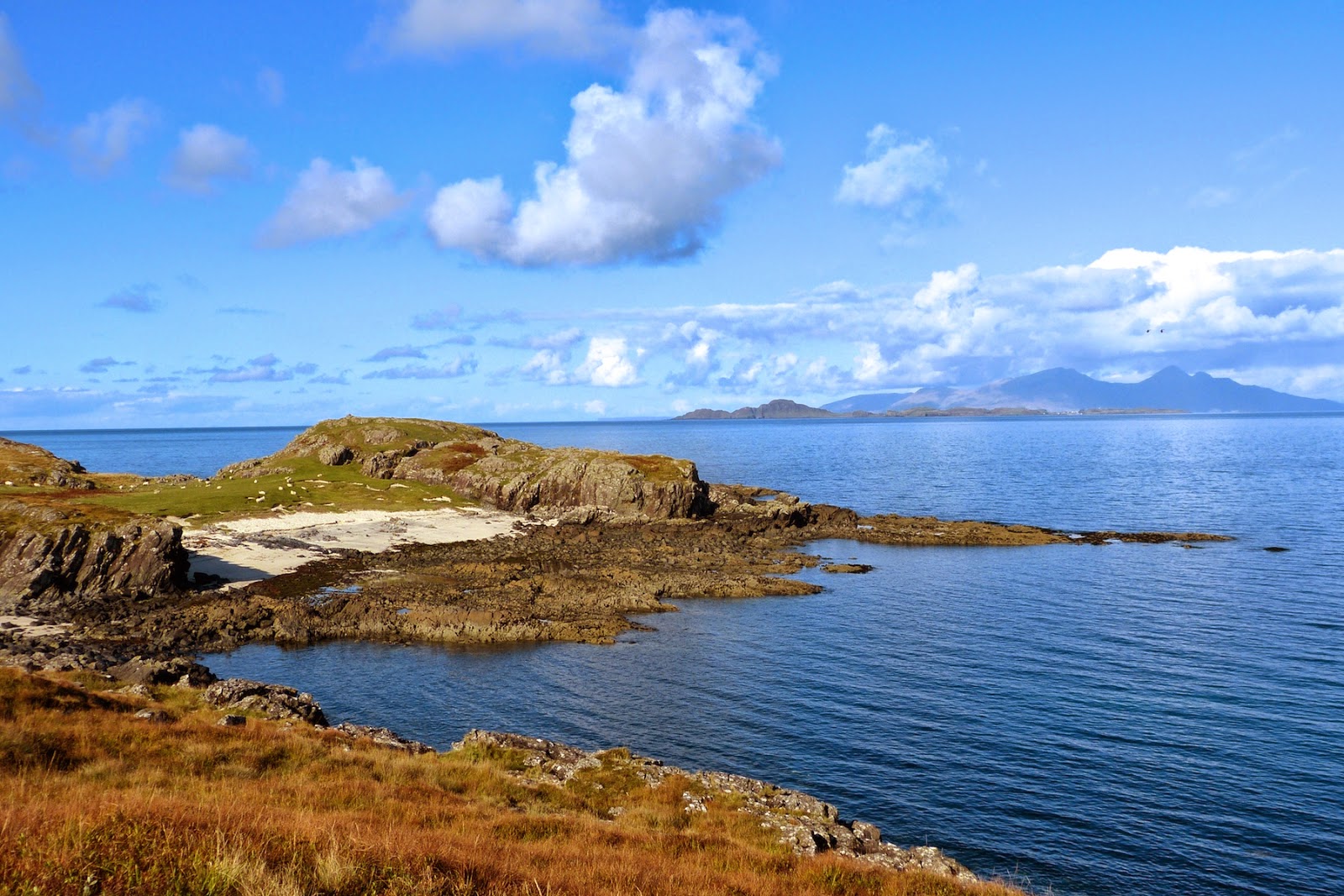 Tucked inside Rubha an Dun Bhain is the beach we know as the shelly beach, the best beach for cowries. 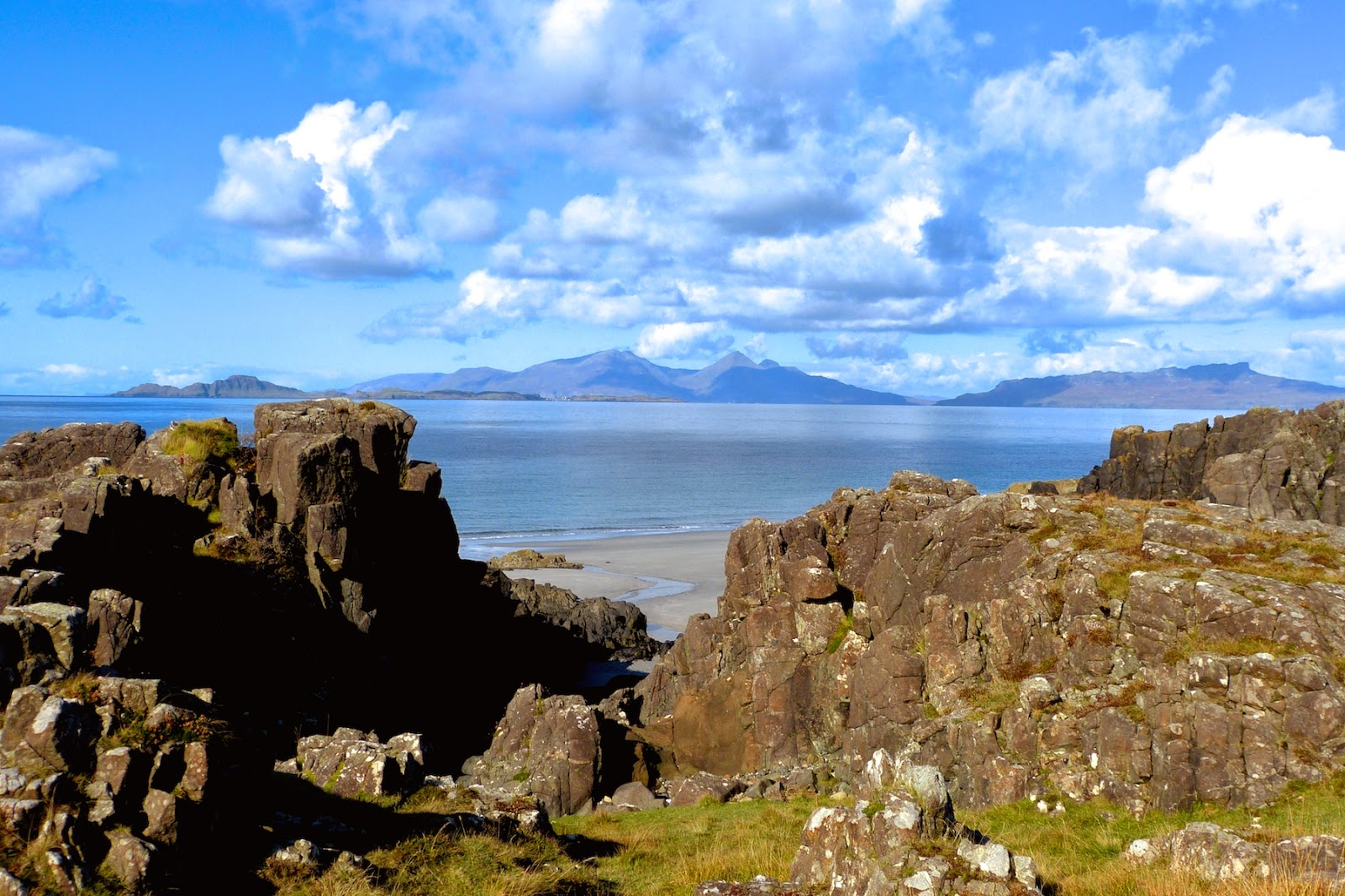 Continuing east, we reached our favourite Ardnamurchan beaches, a series which are only visible from about half tide as it falls.  It's a place of otters, one which is always silent and deserted, where.... 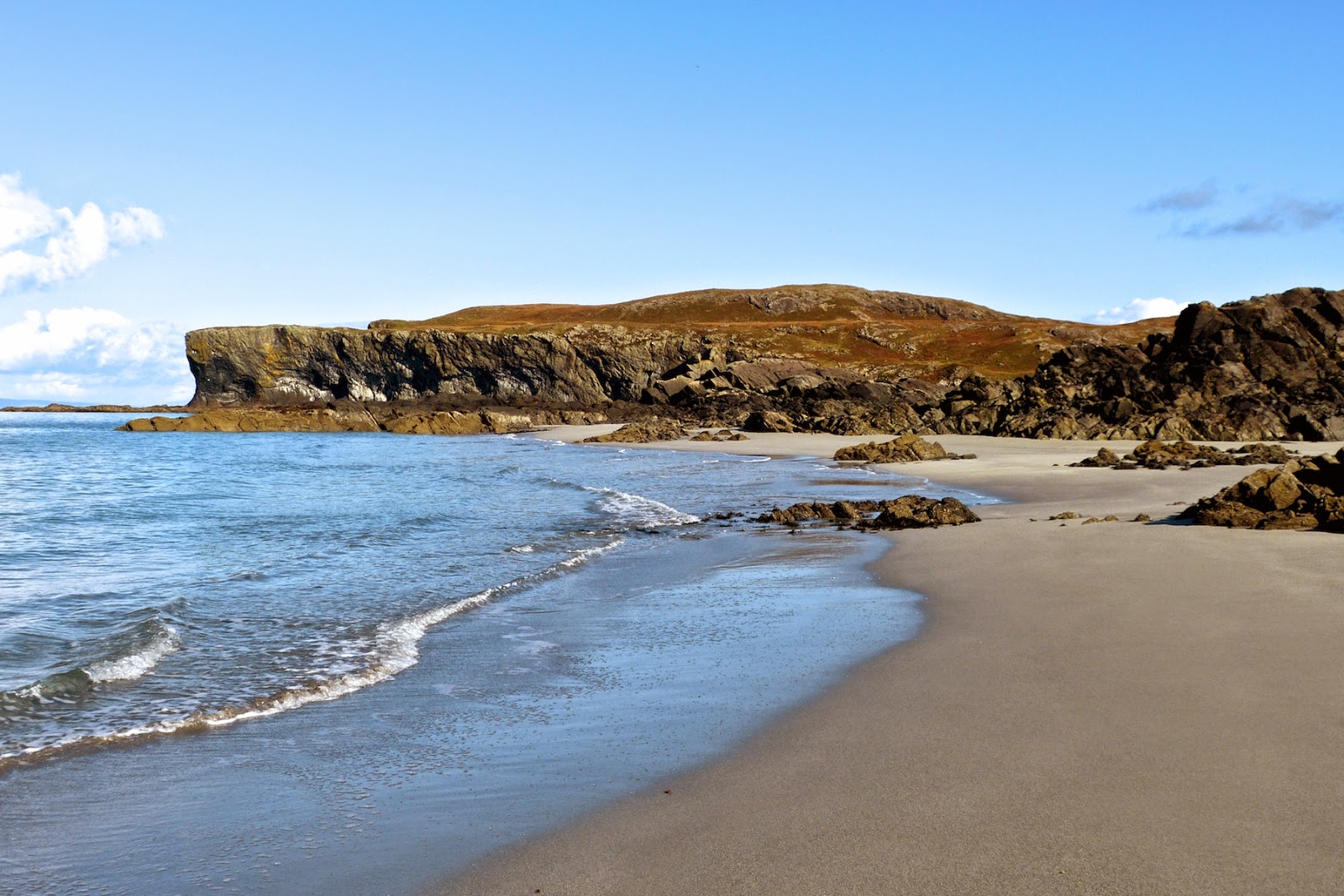 ....the only sounds are the lap of the waves and the call of sea birds.  It such a pristine spot that it seems like sacrilege to walk across its smooth sands. 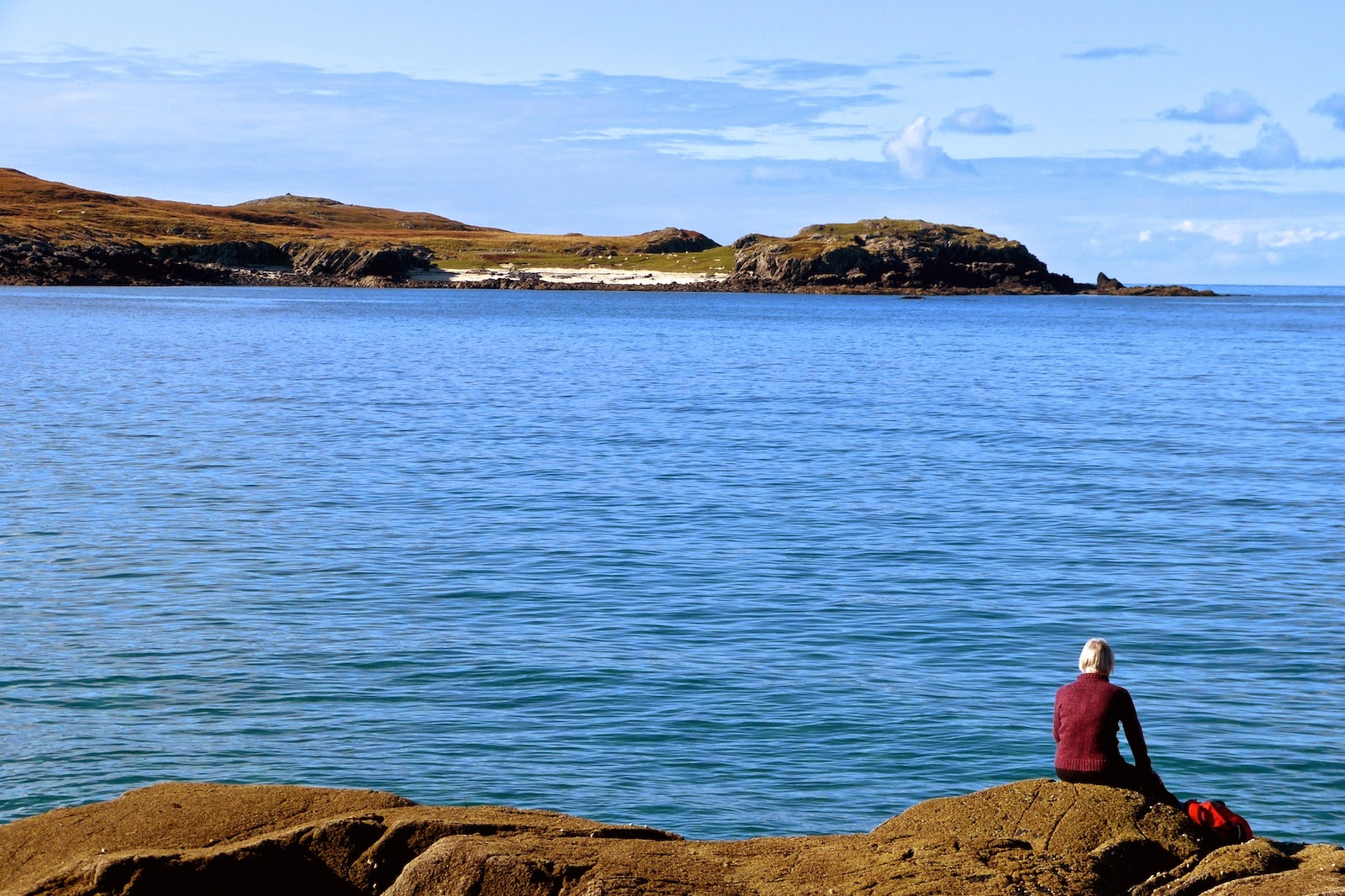 We ate lunch on rocks at the far end of the bay, before heading back to the car park.  We were walking for some four hours, nothing strenuous, but enough to feel that we're ready for something a little more challenging.
Posted by Jon at 16:53