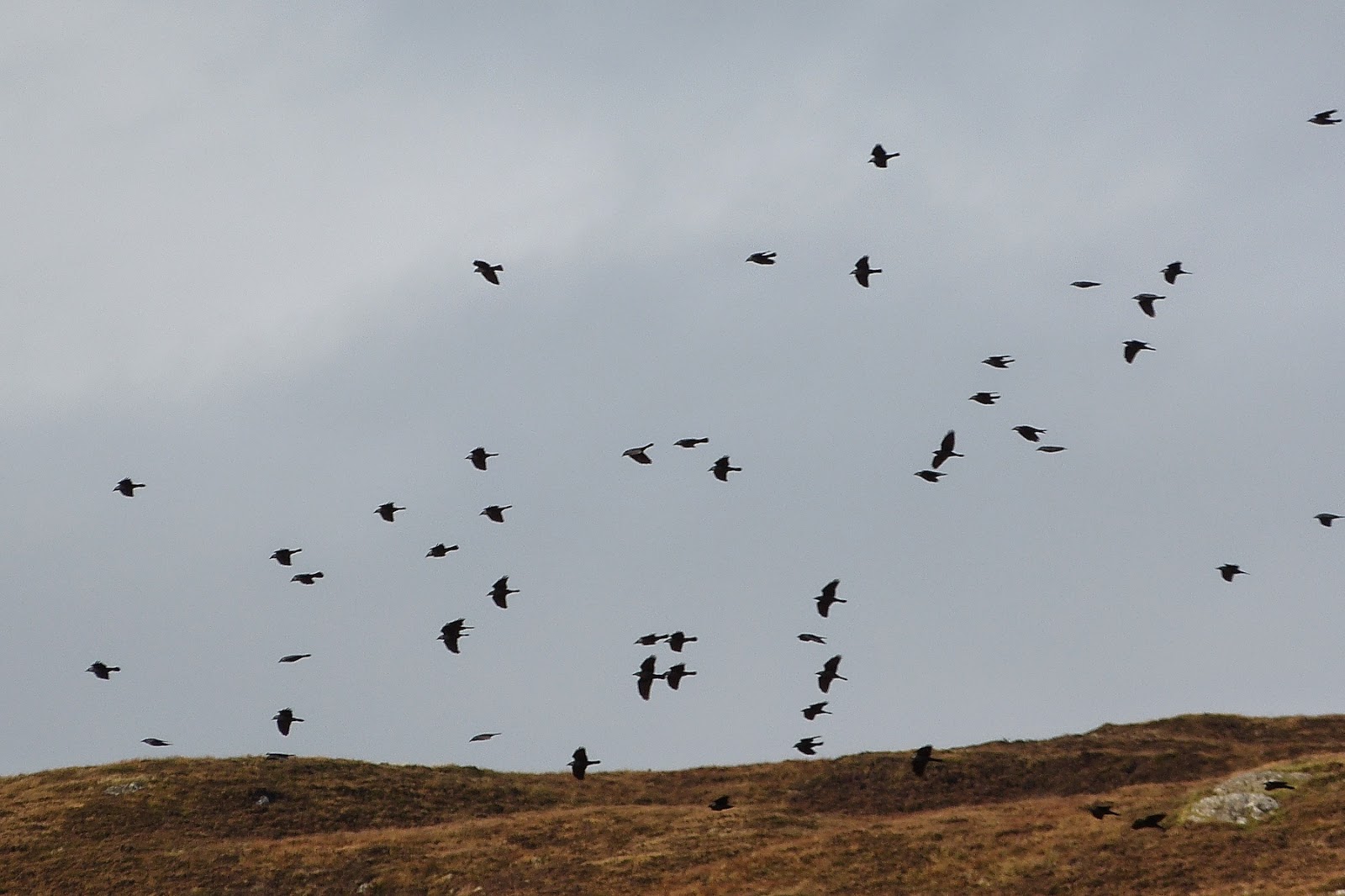 This picture was taken on Wednesday from the Ferry Stores, looking up towards the hill at the back of Ormsaigbeg, and shows what we took, at first sight, to be the resident flock of starlings which spend every winter around the shop. They're not starlings but a selection of the huge number of crows we seem to have around at present.  The other day, on the road down to Kilmory, we counted twenty ravens. 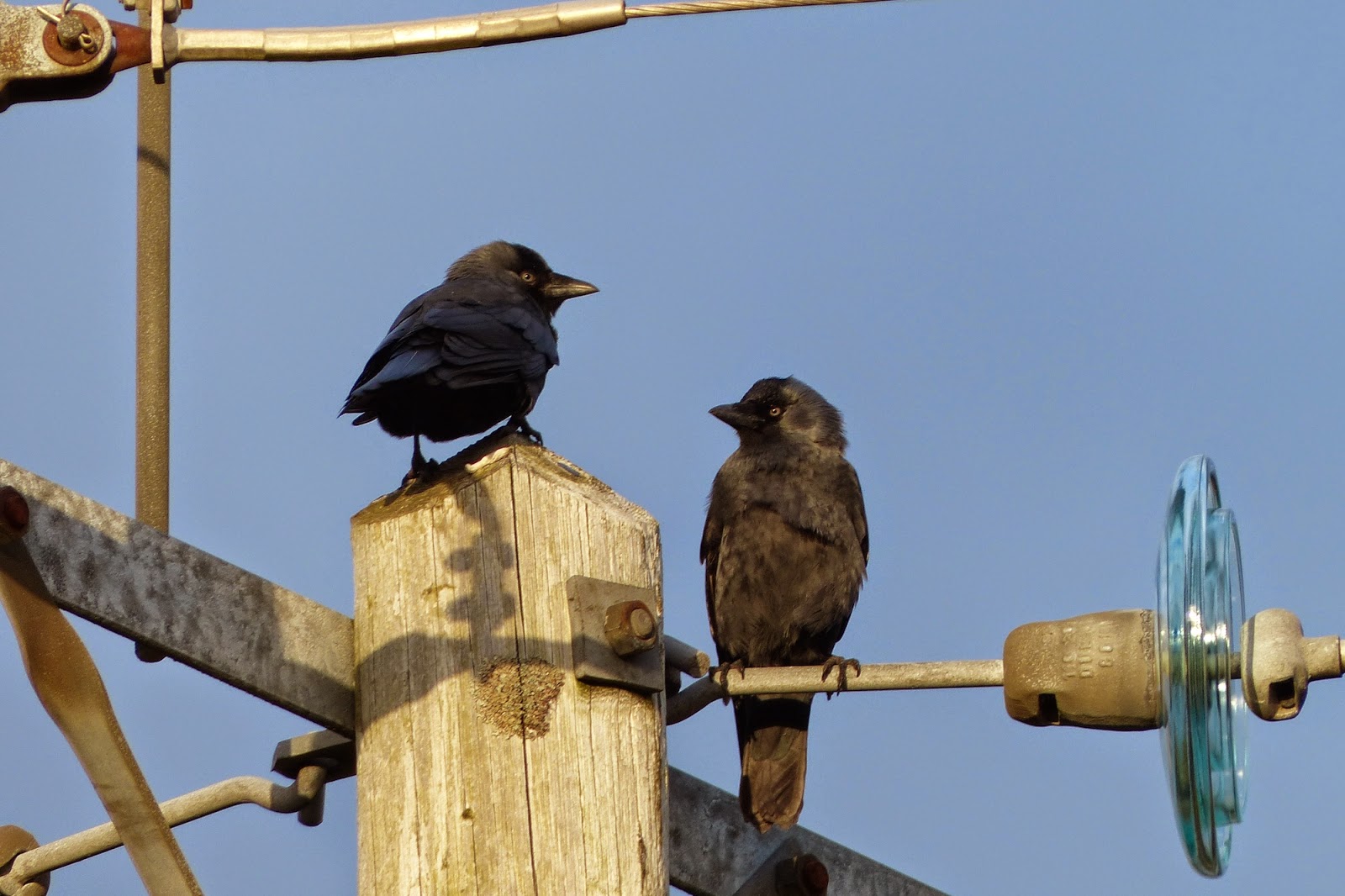 So it was with some ambivalence that we greeted the Raptor's announcement that he'd discovered a different corvid in his garden - a pair of jackdaws.  None of us can remember seeing jackdaws around here before, and other corvids, such as the magpie, are pretty rare. 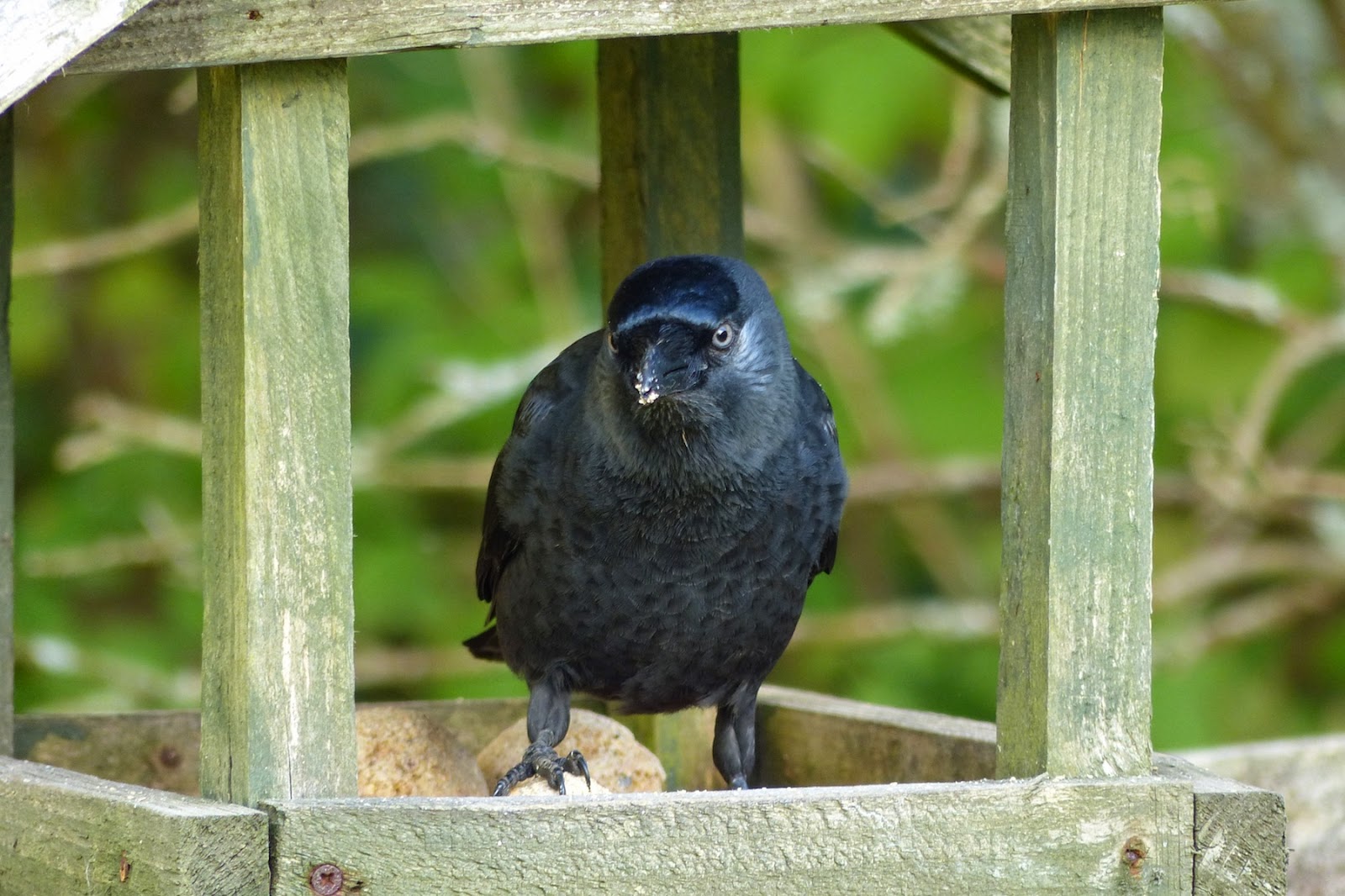 The Raptor described the jackdaws as remarkably tame - this one is enjoying his bird table - and suggested that one reason why they might like being near human habitation is that it helps to keep the rest of the corvids off them. 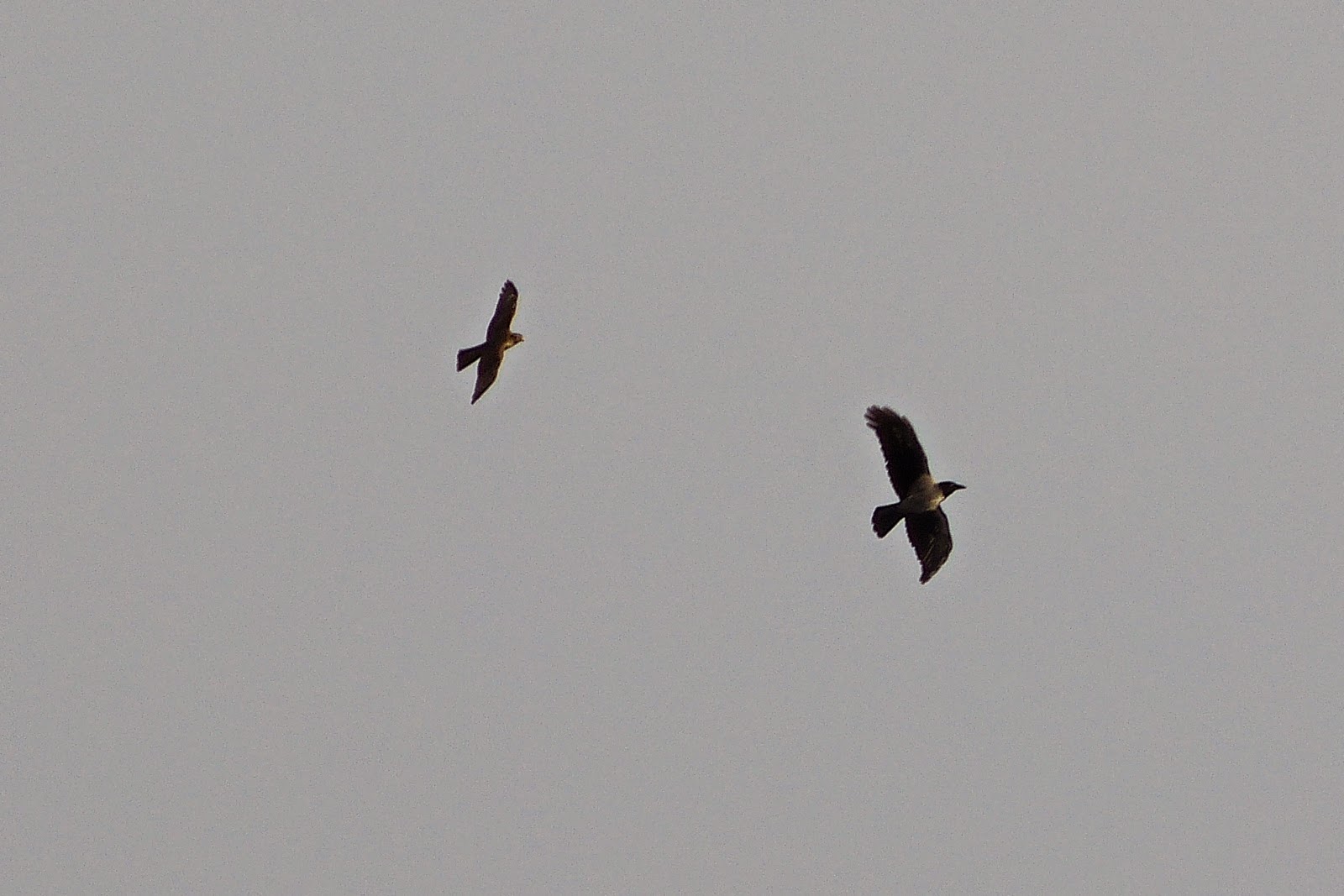 The increasingly crowded airspace above us is leading to some interesting conflicts.  As well as harassing any passing eagles - see Wednesday's post - the crows are getting into fights with anything that threatens them.  This morning there was a aerial dogfight going on above the slopes of Druim na Gearr Leacainn as several hoodies mixed it with some smaller raptors - and the raptors seemed to be getting the better of it.  This is the only picture that came out - has anyone any idea what the raptor might be?


Many thanks to the Raptor for his pictures of the jackdaws.
Posted by Jon at 15:32