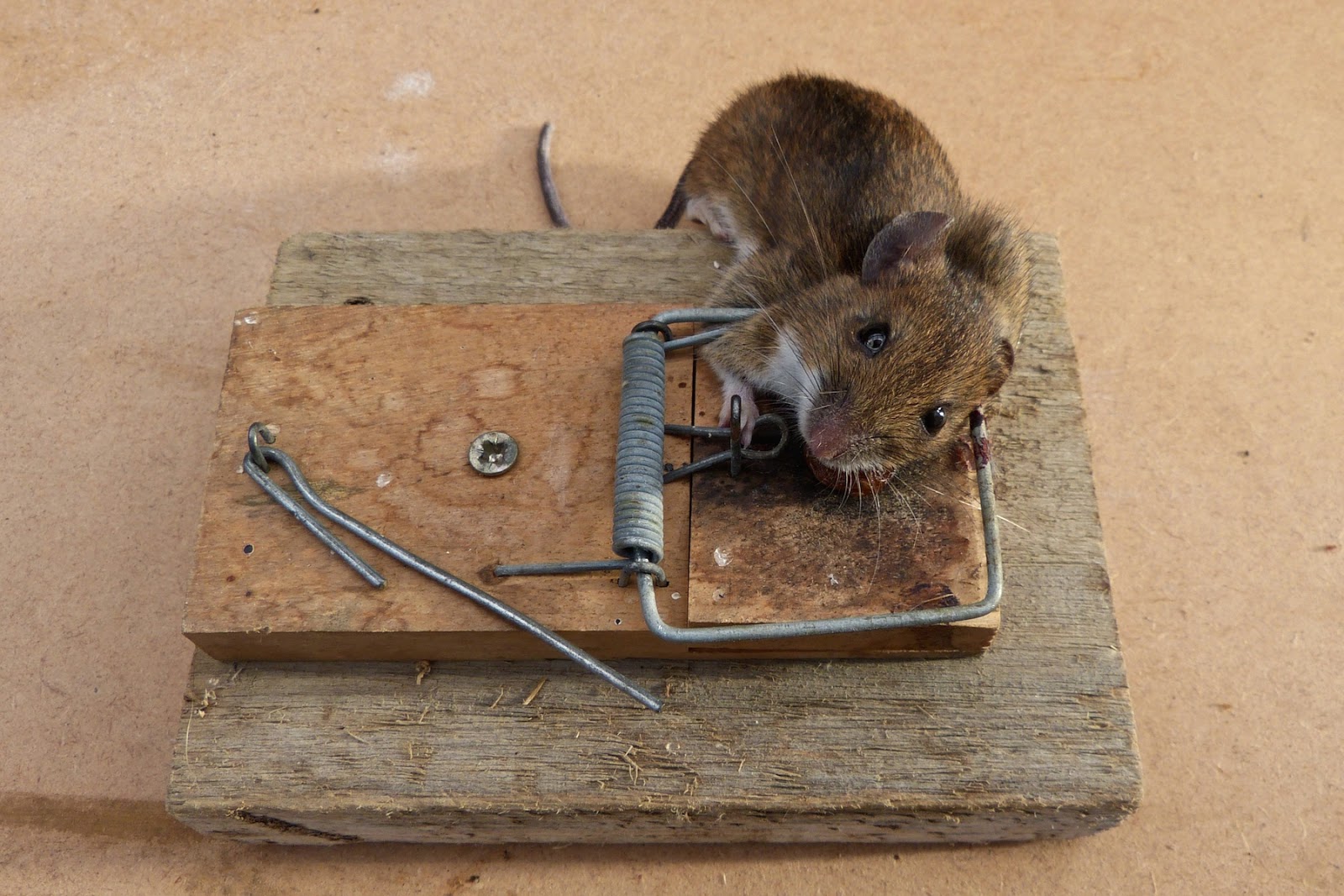 I know, I'm sorry, it's a horrible picture, the more upsetting if you've just sat down to a nice meal and thought you'd check what was happening around West Ardnamurchan.  But, not everything in the countryside is pretty, and this year the mice have made themselves an utter pain.  We've caught eleven in the last couple of weeks, most in our roof space - they seem so thrilled to be up there that they dance a little jig on our bedroom ceiling at about two in the morning, which wakes us up, swearing retribution.  We've tried fitting two of those sonic deterrent devices that mice are supposed to hate, but they seem to have acted as a summons rather than a deterrent. 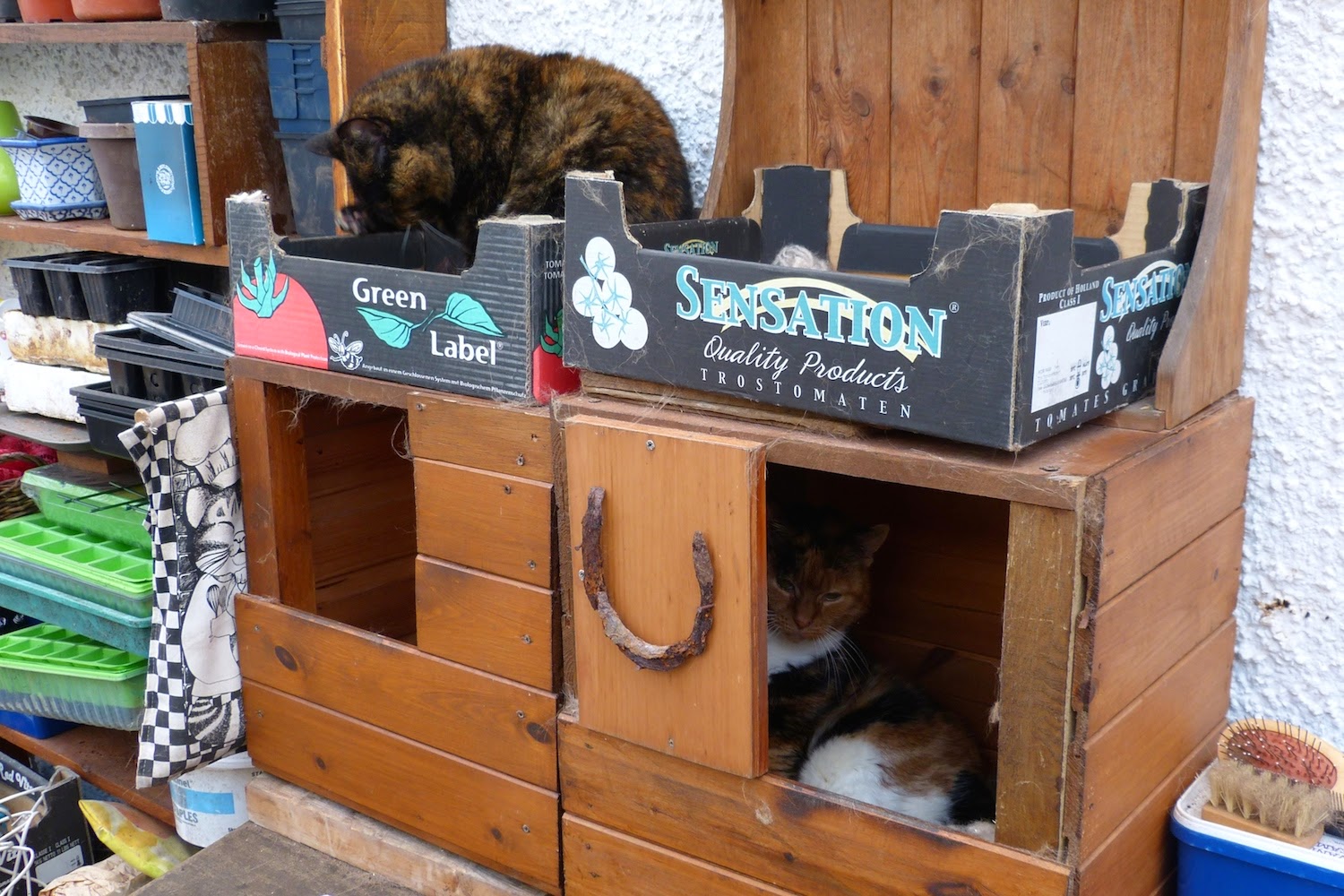 Our two cats used to keep us almost mice-free, and were a wonderful first line of defence, but they've grown old and lazy.  Last week, when we trapped three mice in one night, we had to have a very severe word with them, threatening to cut their three meals a day to one, take down the comfy condominium in which they reside, and we even mentioned a one-way trip to the Cats' Protection League offices in Fort William.

The sort of trap we use isn't much fun, but we've tried everything else and nothing works as well as these old-fashioned devices, and amongst them by far the best is the Little Nipper.  We screw it to a piece of wood to hold it steady, which seems to make it almost 100% clinically efficient. 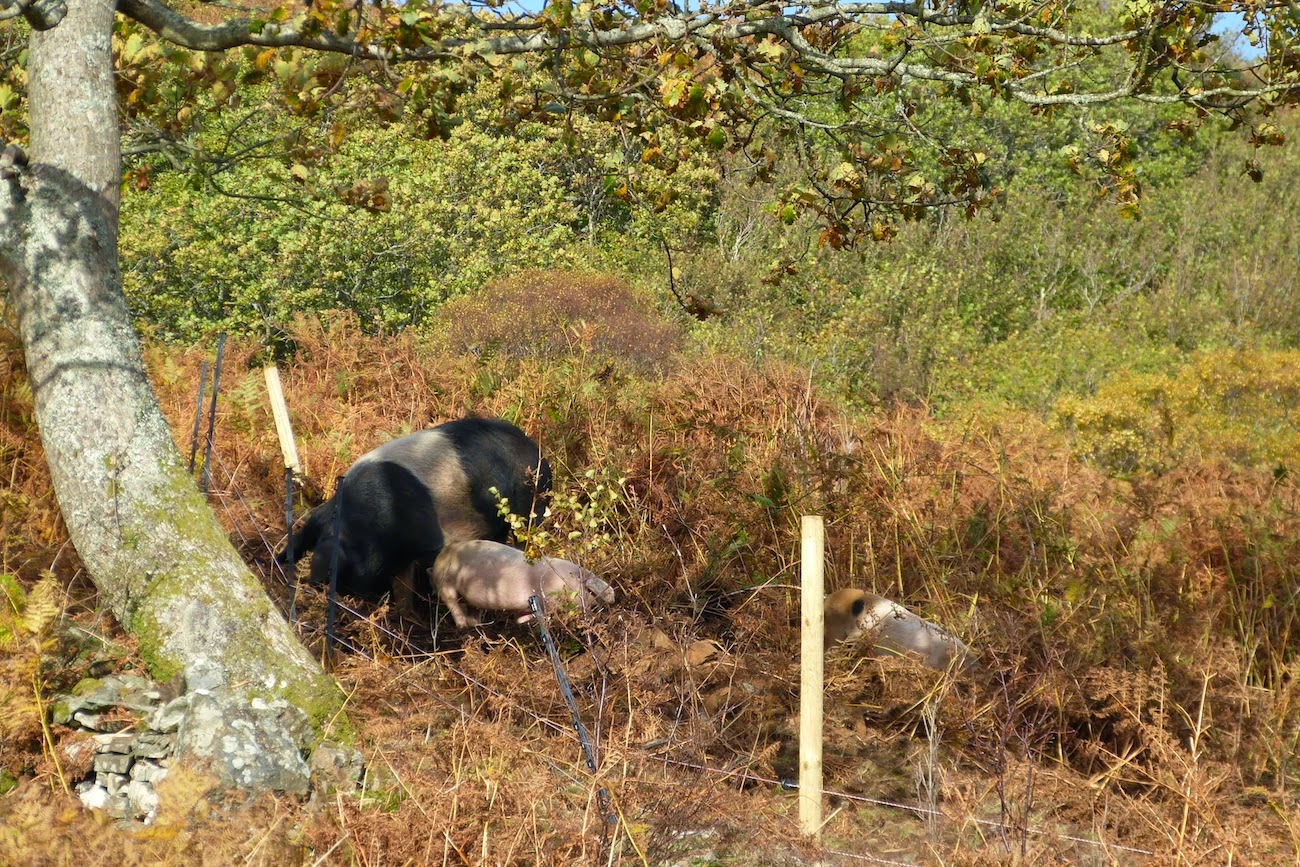 We sighed a HUGE sigh of relief a few weeks ago when Hughie suddenly announced he was going to remove all his pigs from the field below the house - which he did.  But the new piggery on the croft to the east of us - see the July post about it here - is gradually getting nearer and nearer, to the extent that we can now see the pigs from our bedroom window.  Even worse, the number of pigs has increased by one, a boar, so is likely to increase exponentially in the coming months. 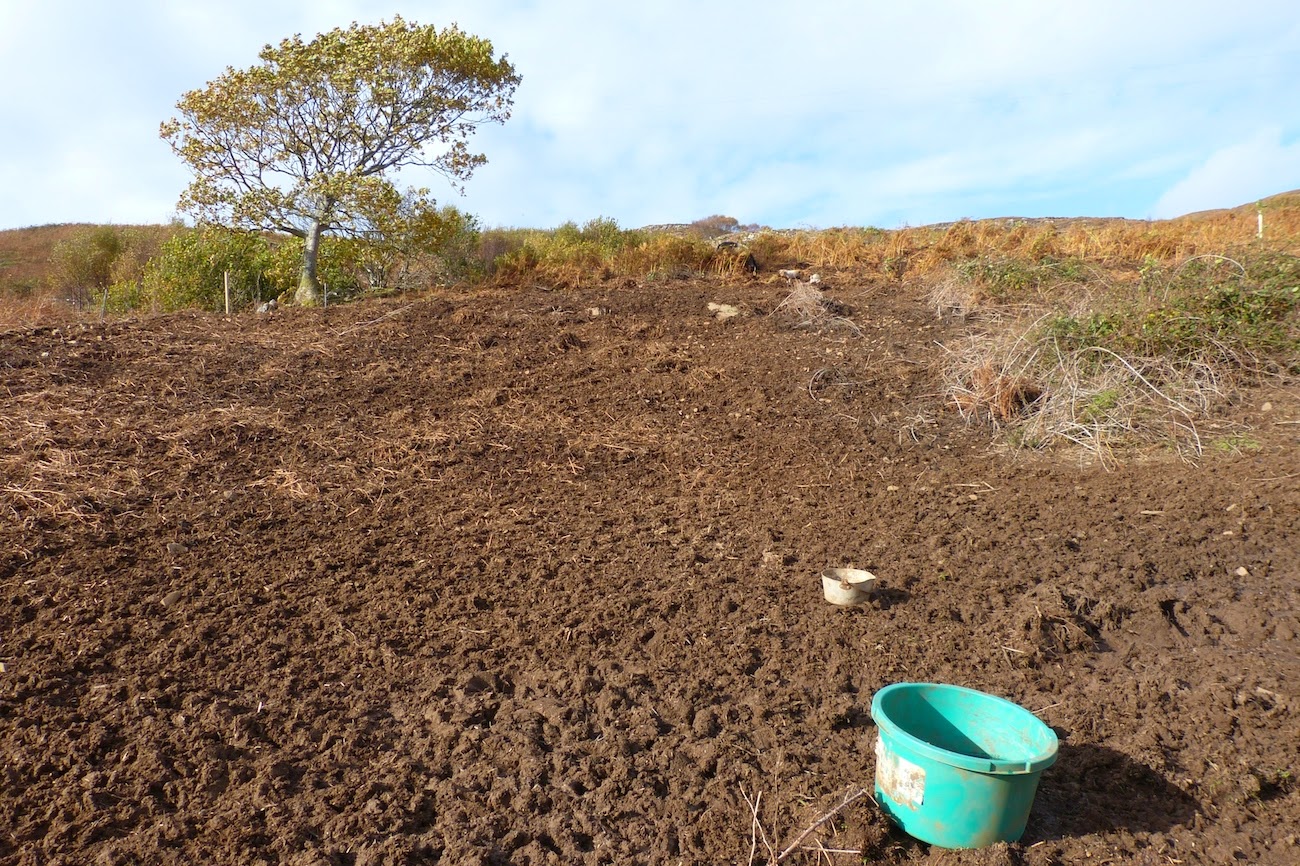 However, one has to admit that they are doing a very good job indeed.  This field used to be choked with bracken and brambles, and the four pigs have virtually cleared it except for the one exceptionally dense thicket to the right. 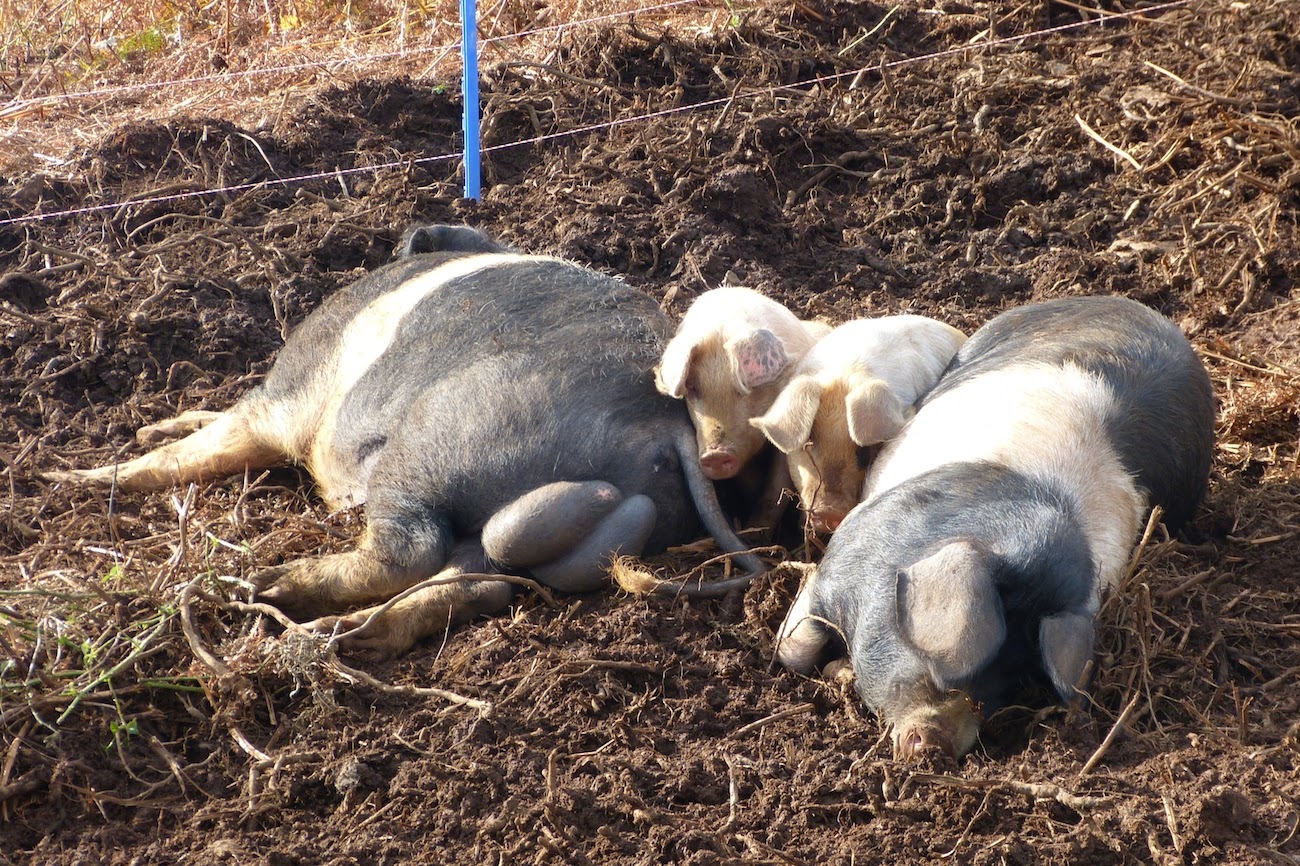 And they do seem to make a very happy family, spending a fair amount of their time just lazing around the place, particularly in the recent sunny weather.
Posted by Jon at 15:02