What Has my Man Done Now? 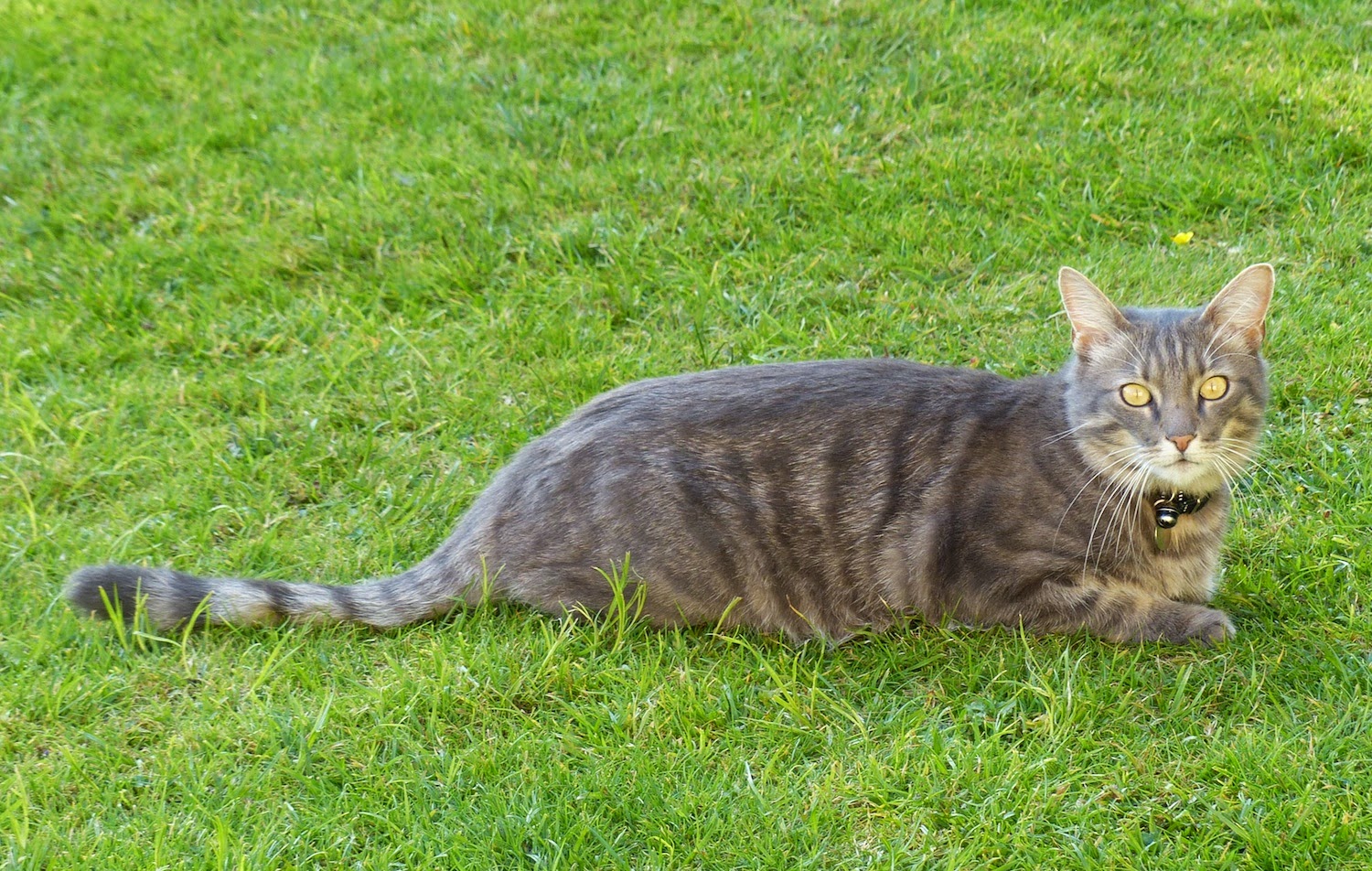 Hi everyone, I thought it was about time I updated you on what's been happening in my life. Well firstly my manservant (Ricky) has decided to bring of all things A PUPPY DOG into my house! I really can't believe he has done this to me!  My house is in total turmoil.  The first few days it was here it was peeing and pooping everywhere, it ran amok spoiling my peaceful time at home, and my manservant had to rearrange the kitchen to bring in some sort of cage contraption which takes up half the kitchen - but at least he does put the puppy in there and that lets me get back to some quiet time for myself. I enjoy my quiet times and need them to build energy for my night time hunting forays. 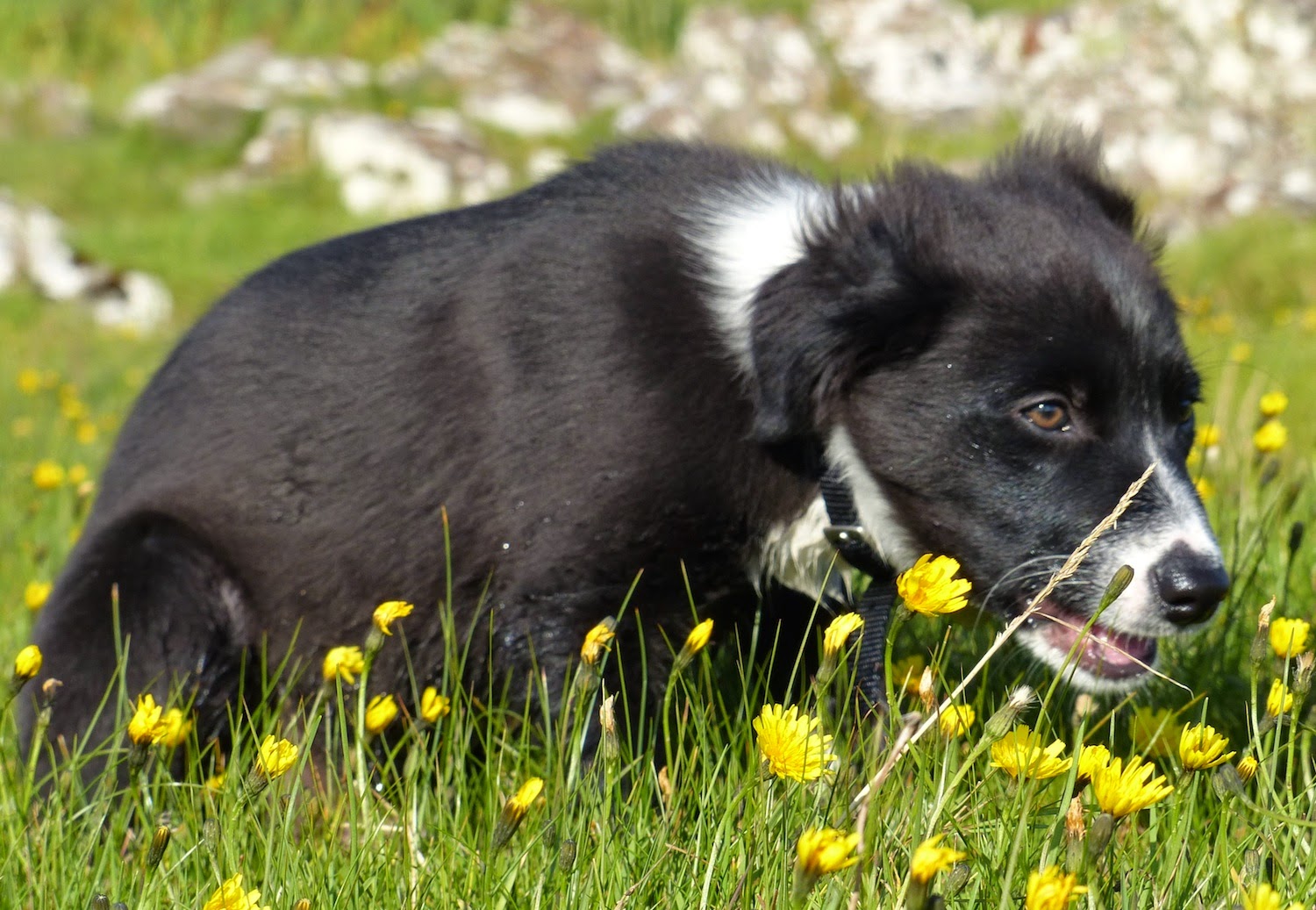 After a while the puppy began to go outside to go to the toilet which was a great relief to my sensitive nose and my embarrassment. My man Ricky would take the puppy into the garden every morning and talk to it, so I had to go out to see what he was up to and make sure the puppy was behaving. It seems that Ricky was trying to teach him to do things. I think I can remember him trying to teach me to do things, but I told him where to get off. Anyway it was fun watching my man constantly talking and repeating himself to the puppy and the puppy just doing what it wanted to anyway.  Gradually he began bribing the puppy with treats and he seemed to begin to do what he was told. Id like to see him trying that stuff on me, I prefer to have my treats when I want them not when Ive been asked to perform like some circus animal.  Stupid puppy, he should just tell him he wants his treats and cut the tricks. 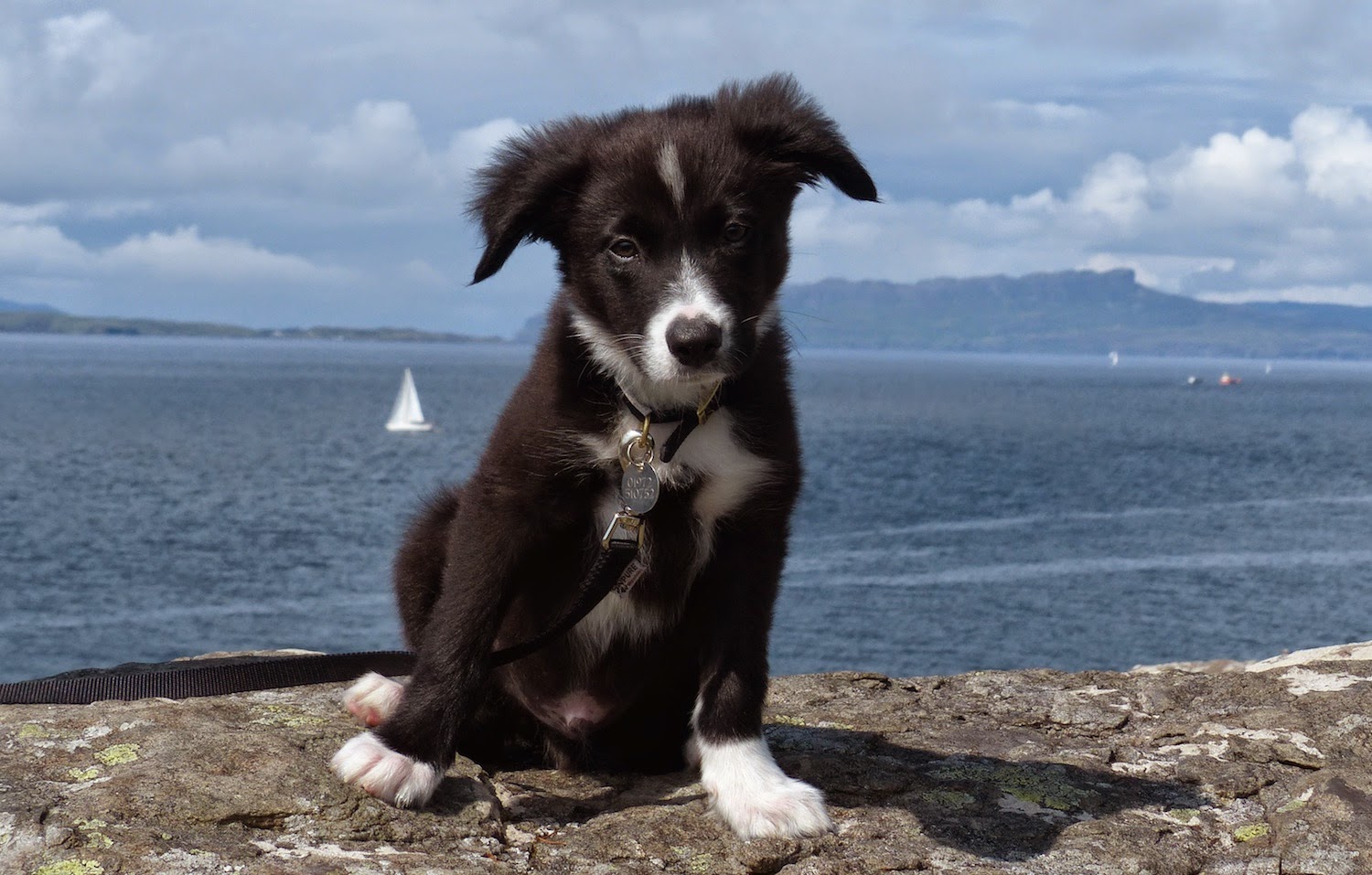 I got more curious when my manservant started taking him away on a long piece of rope, I think he called it a lead or something. I thought at first he might be taking him back to where he came from, but no such luck - he brought him back to the house every time.  Maybe he couldn’t find anyone to take him away. 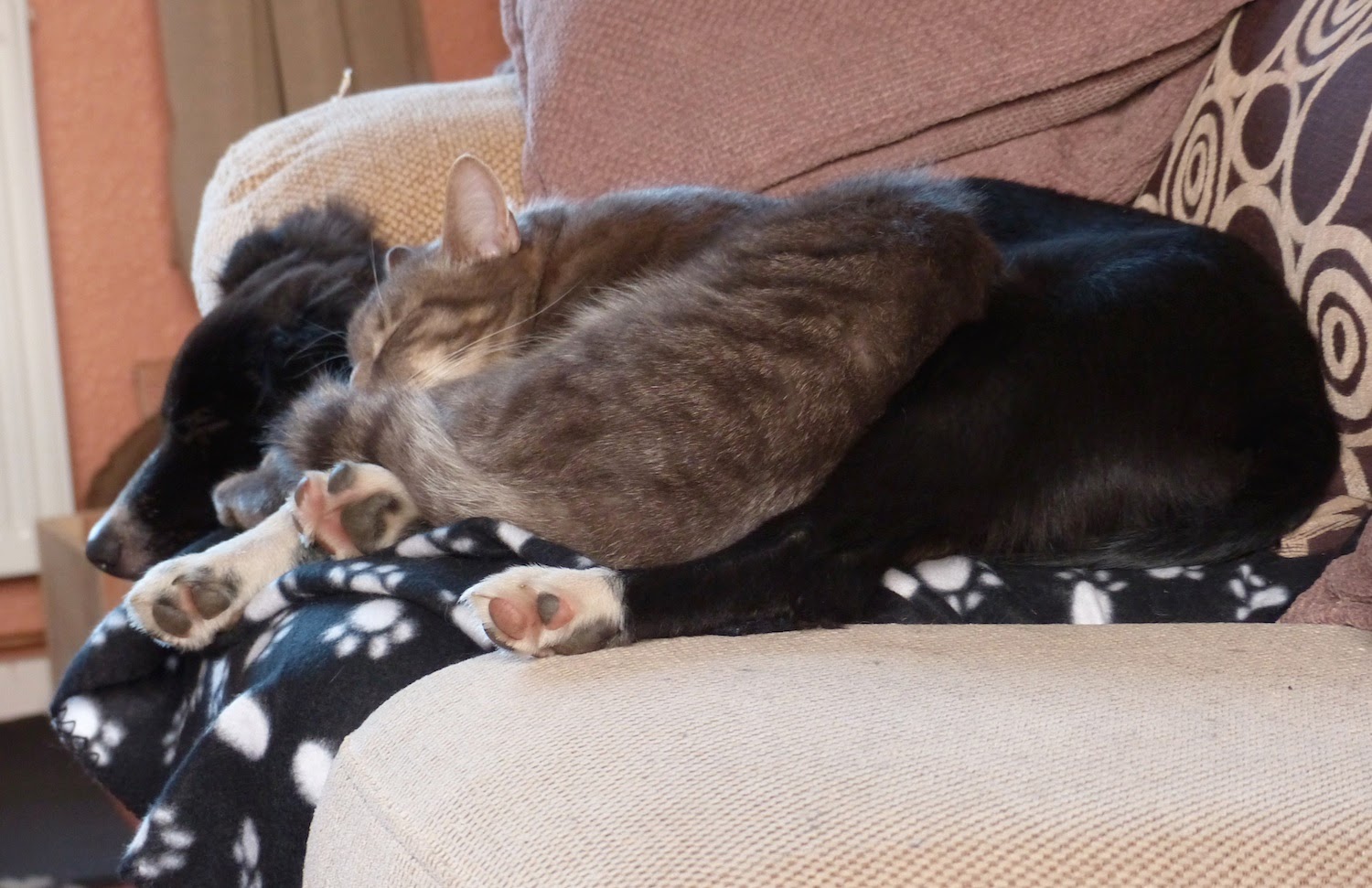 As it seemed that this puppy was here to stay I decided it might work to my advantage if I started to get along with him,.  It certainly made my man more attentive towards me as I told him I would leave home if he didn’t. I did stay away a couple of times just to let him know how I felt but he came to find me and bring me home from my get-away in the loft of the Estates big shed. Anyway this puppy did look rather lonely as next door have dogs and they all play together and this puppy didn’t have any other dogs to play with so I decided to let him come to me lick my fur to keep me clean.  However the cheeky puppy decided this meant I was up for play fighting and other such rough stuff. Well, I put him in his place with a few swift punches to the head and he soon got the message.

A few days later I was in a good mood as I'd had a good night's hunting so decided I'd let puppy come to fuss around me again, and before I knew it I let my guard down and was rolling around the floor play fighting with him.  And do you know what, I sort of enjoyed it, so I've decided to let him play with me but only when I'm in the mood for it. I also decided to go out with my man when he took the puppy out at night to see where he was taking him, so we all went together and I really enjoyed it.  So now I go out every night with them and it doesn’t seem that he is trying to give him away as he never meets anyone with a van. I'm quite glad as - and I don’t say this easily - the puppy has sort of become my friend now and I enjoy his attentions and company in the mornings and evenings; and my man knows when I've had enough and makes sure that the puppy backs off when I need some rest. He just seems to have endless energy, not like me who prefers sleep over play. 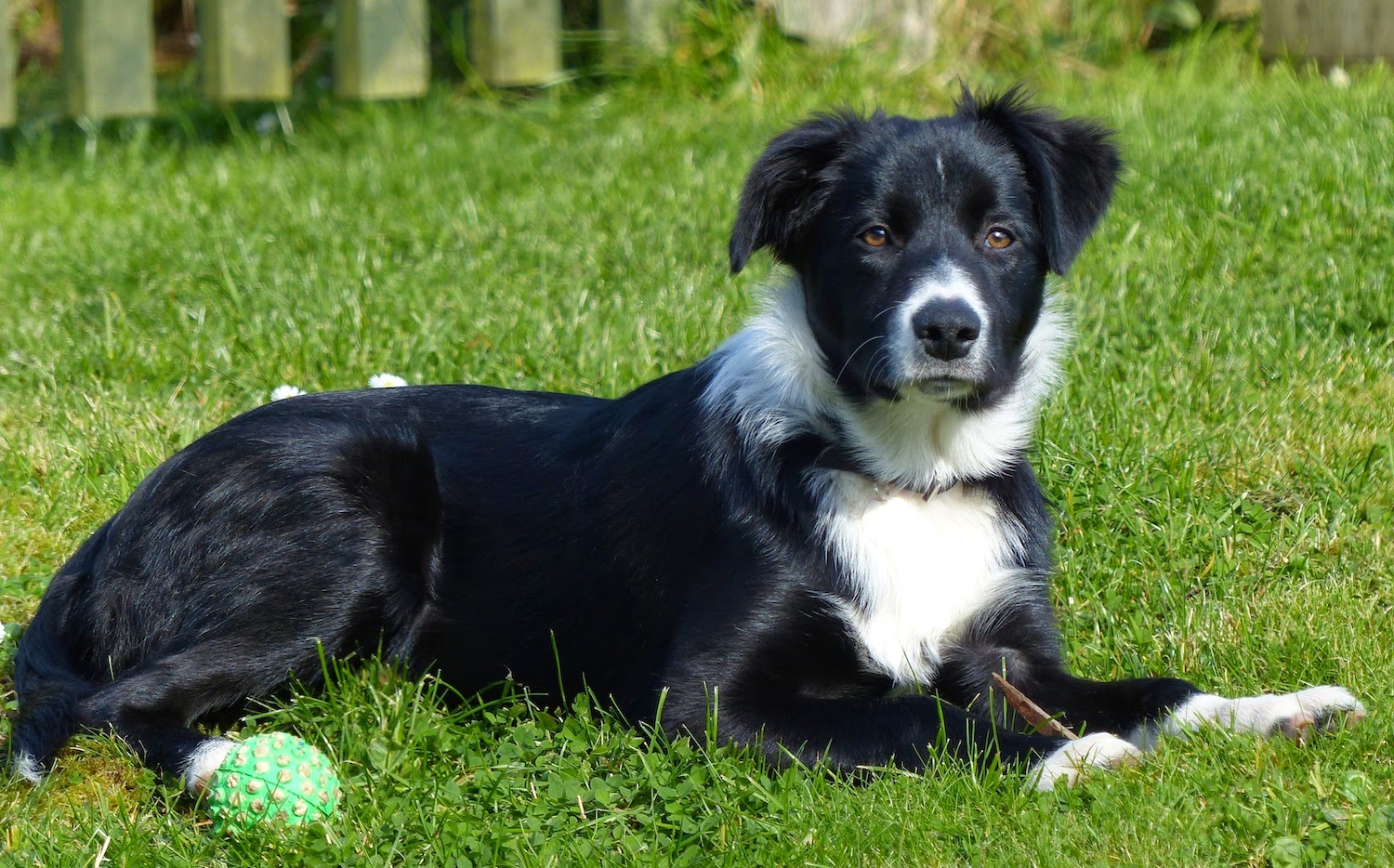 Oh, the puppy does have a name.  Now this just shows you how my man needs me around to make sure things go smoothly. He thinks he can speak Gaelic.  Well, have I got news for him!  He managed to register the puppy with that vet that he takes me to, and he spelt his name wrong!  He has called him Callan Dudh which means Black Colin, but the stupid man (my man, not the vet) wrote down the phonetic pronunciation of the word!  He should have spelt it Cailean Dudh!  Anyway, I told him just to leave it as it was as its easier for people to read his tag if he ever runs away from home (no luck yet).

Right, that’s about it for now but if Callan gets up to any mischief I will make sure I let you all know. Hope you like the pictures, I think I still look the part.

Henry
(As dictated to his faithful manservant)
Posted by Jon at 10:34

Email ThisBlogThis!Share to TwitterShare to FacebookShare to Pinterest
Labels: news