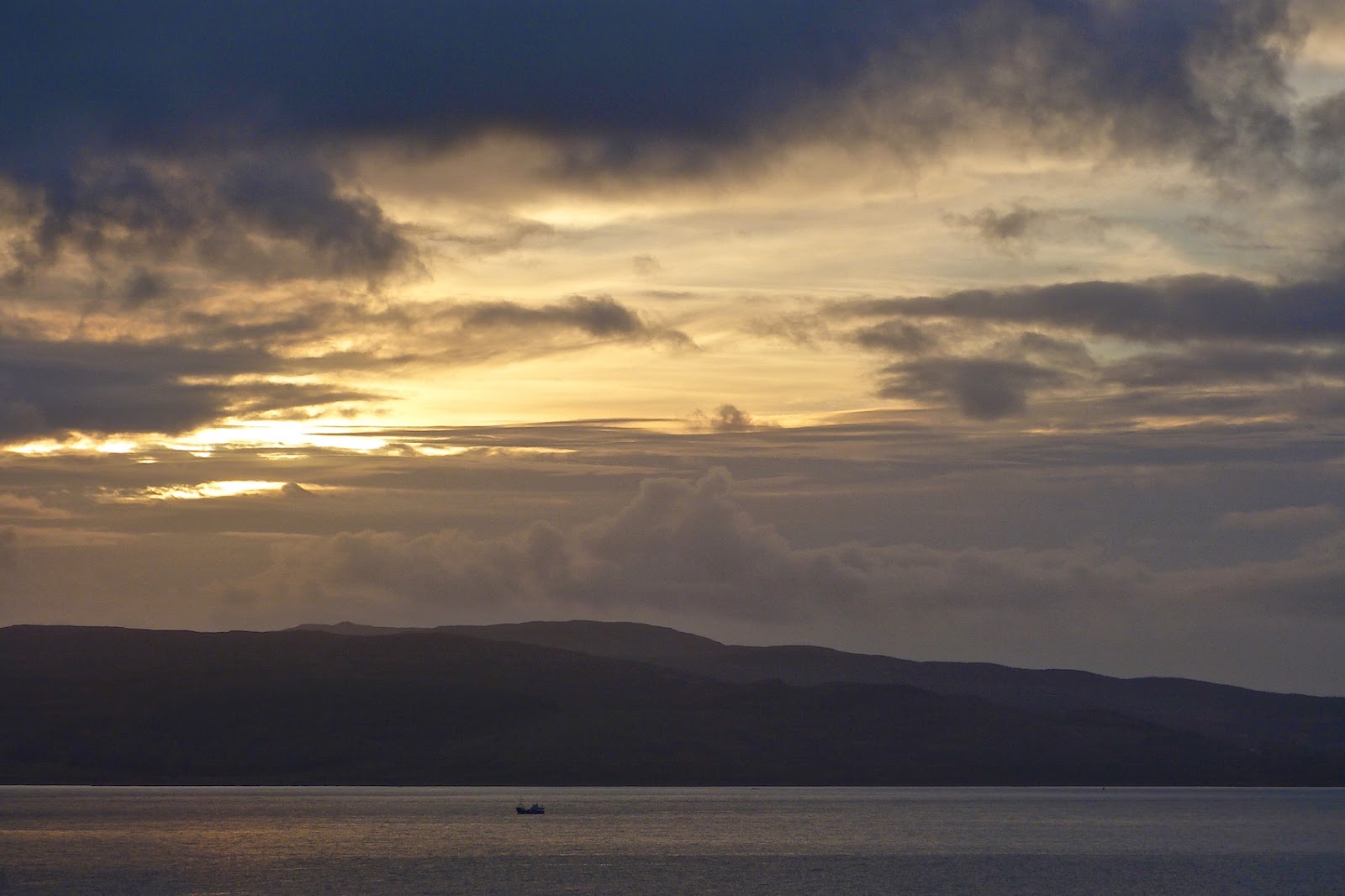 Dawn, for a change, held some promise of a fine day, so we drove out to.... 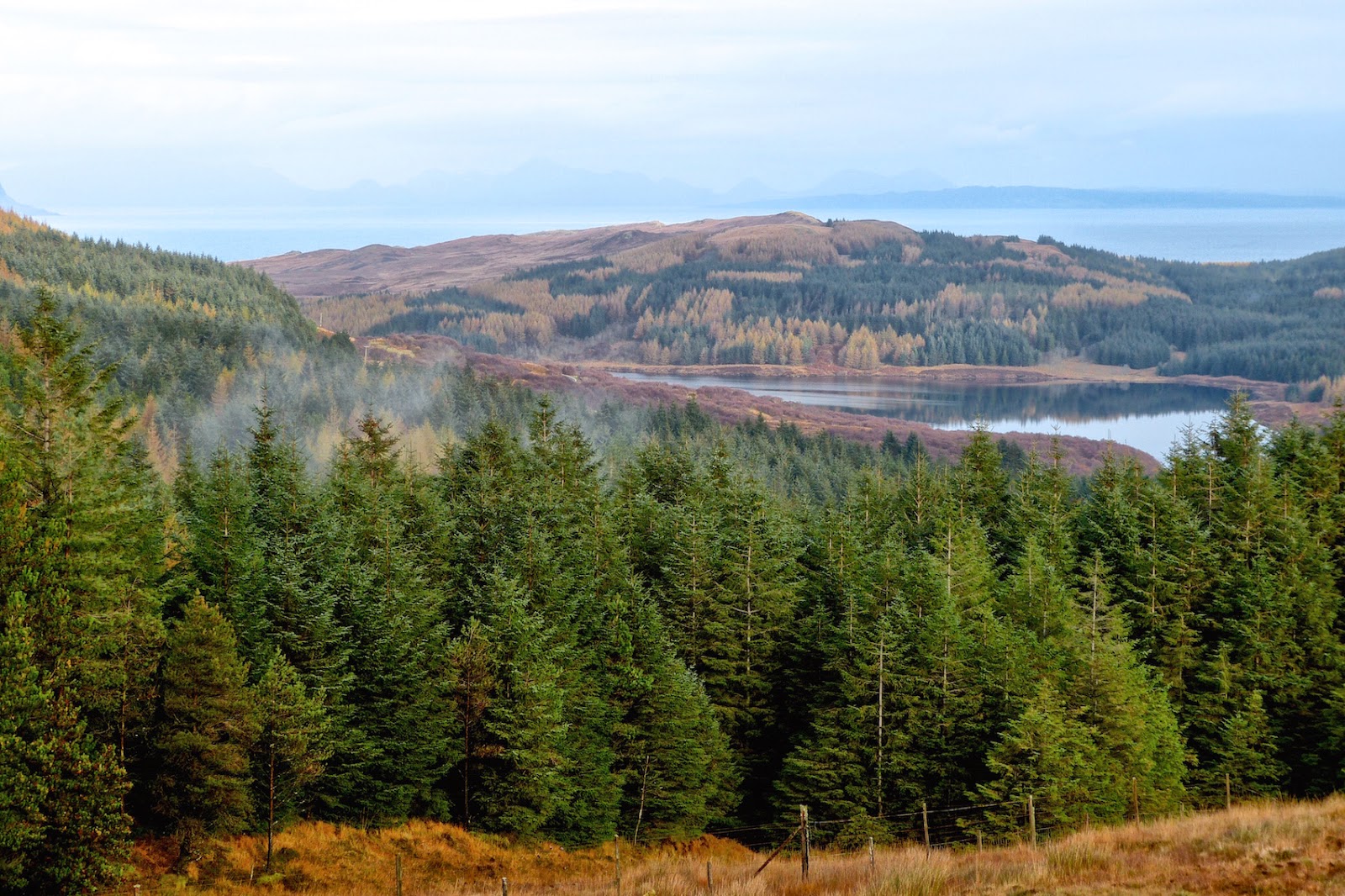 ....Loch Mudle and set out to walk along the edge of the forestry that clothes the slopes of Beinn nan Losgann.  Odd patches of mist oozed out of the pine trees, and what is usually a superb view to the north was already obscured by drizzle. 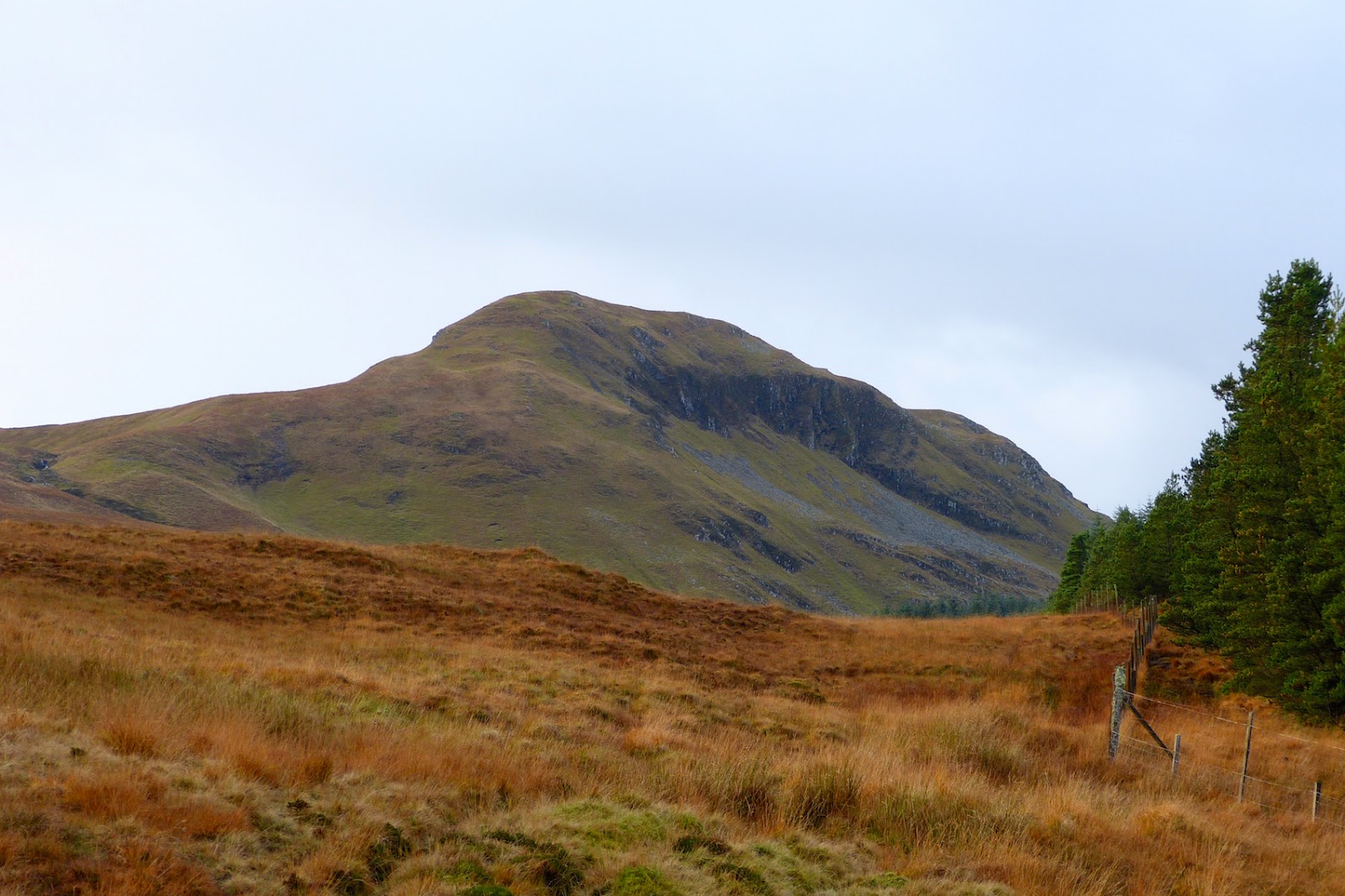 We were aiming to walk along the edge of the forestry before striking out across more open land to climb into the saddle between Beinn na h-Urchrach, pictured, and Ben Hiant. 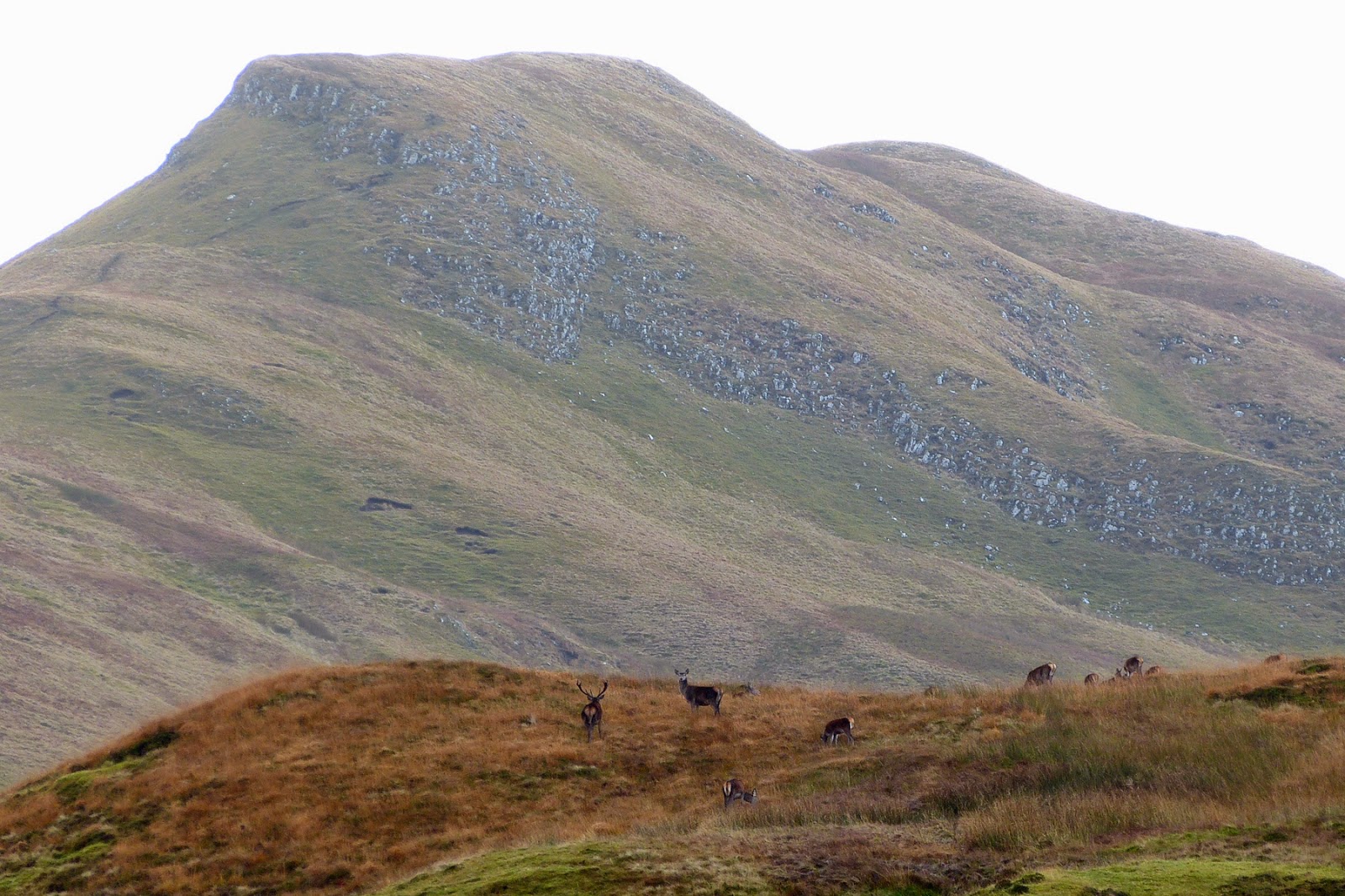 This is all Ardnamurchan Estate land, which we've avoided during the last few weeks as it's been the stag stalking season.  Although the hinds are now being culled, this continues for some weeks, so we feel less inhibited.

This is the best time of year for watching red deer at their best.  The first we saw were in a small herd of mixed stags and hinds, but.... 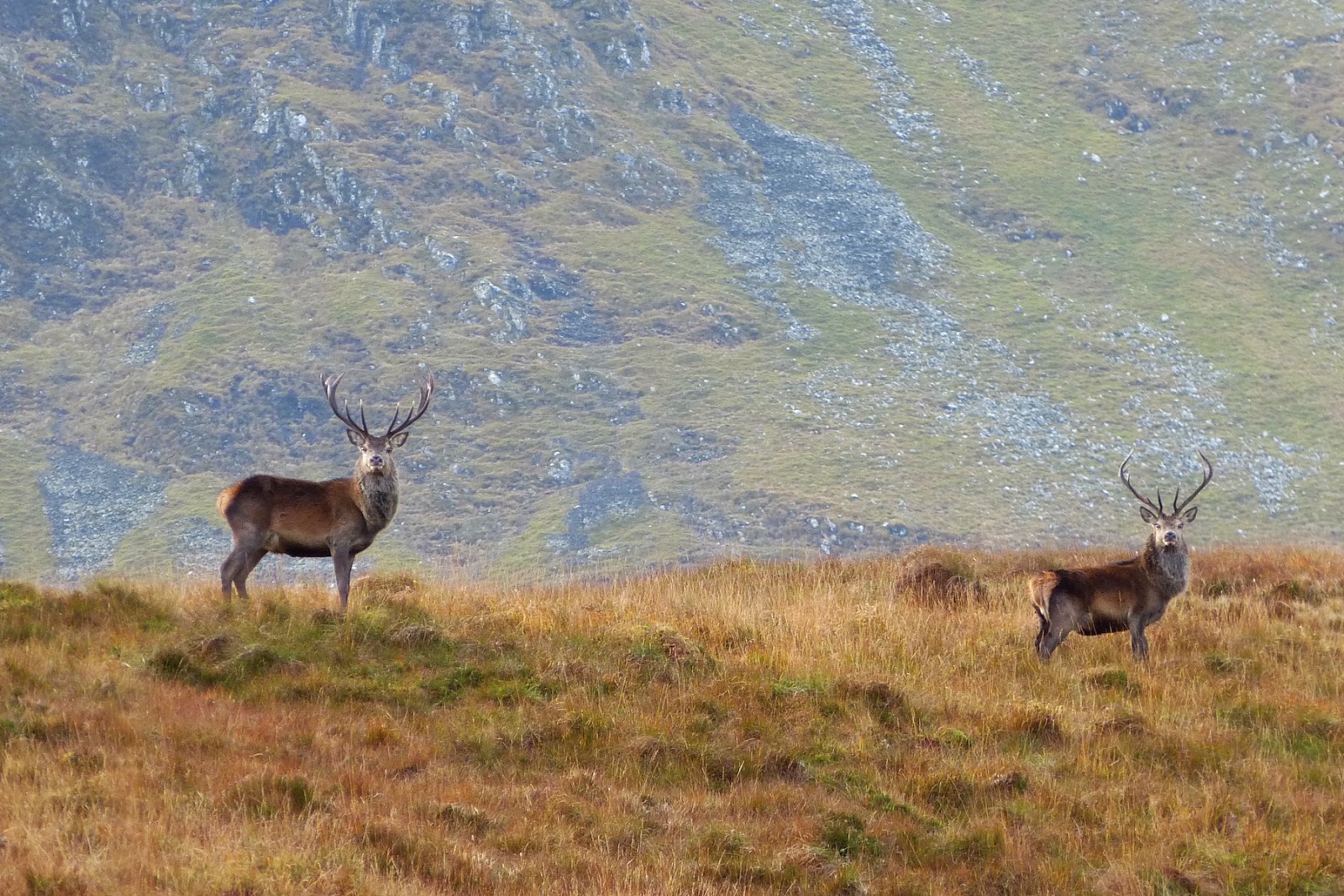 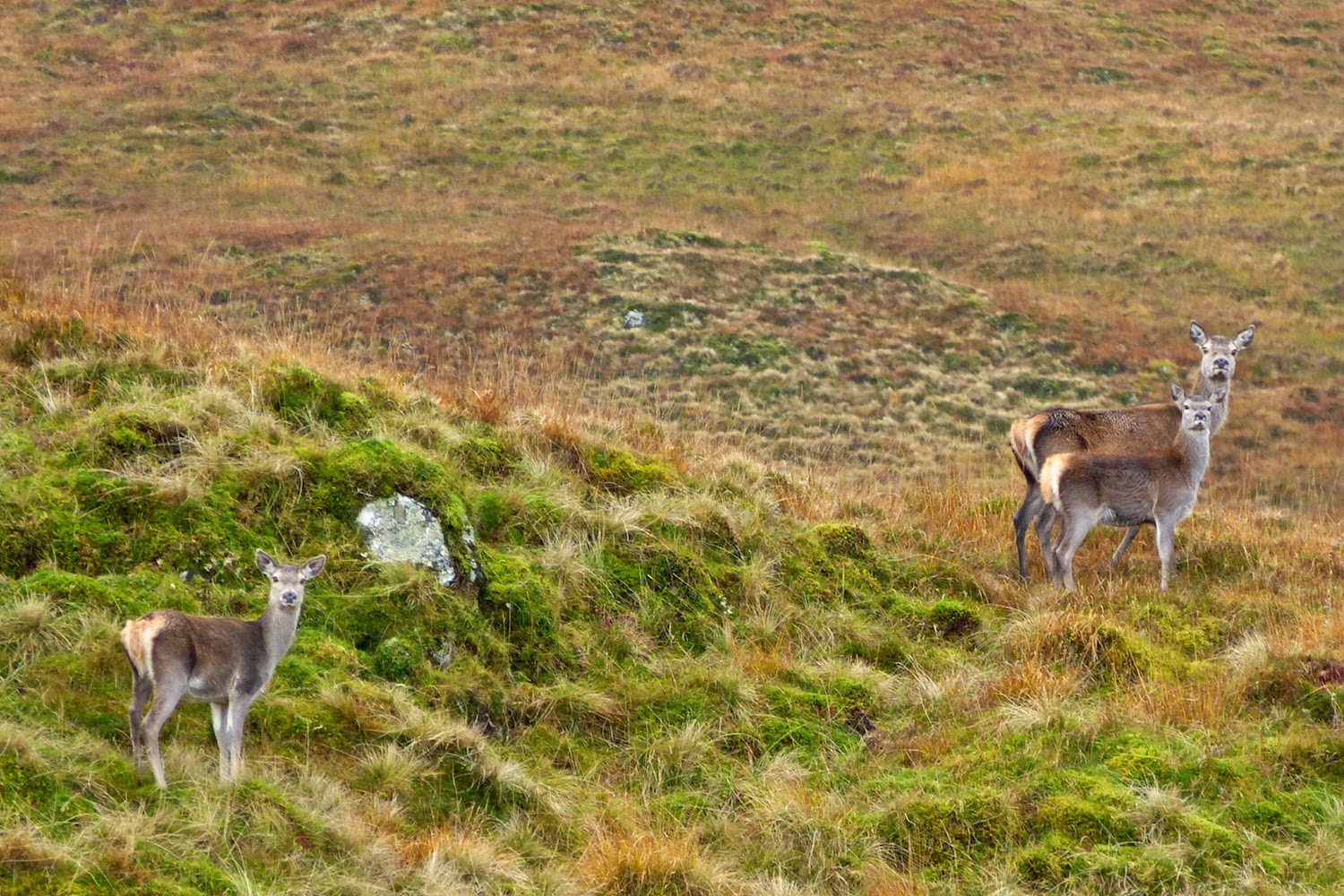 ....and small groups of hinds on their own.  Considering it is the stalking season, they seemed remarkably unperturbed by our passing, and only moved off reluctantly.

We love walking amongst wildlife like this, and do everything we can to avoid disturbing the animals.  When we first see deer we stop and wait for them to see us.  If they don't move away, then we circle round to avoid them. 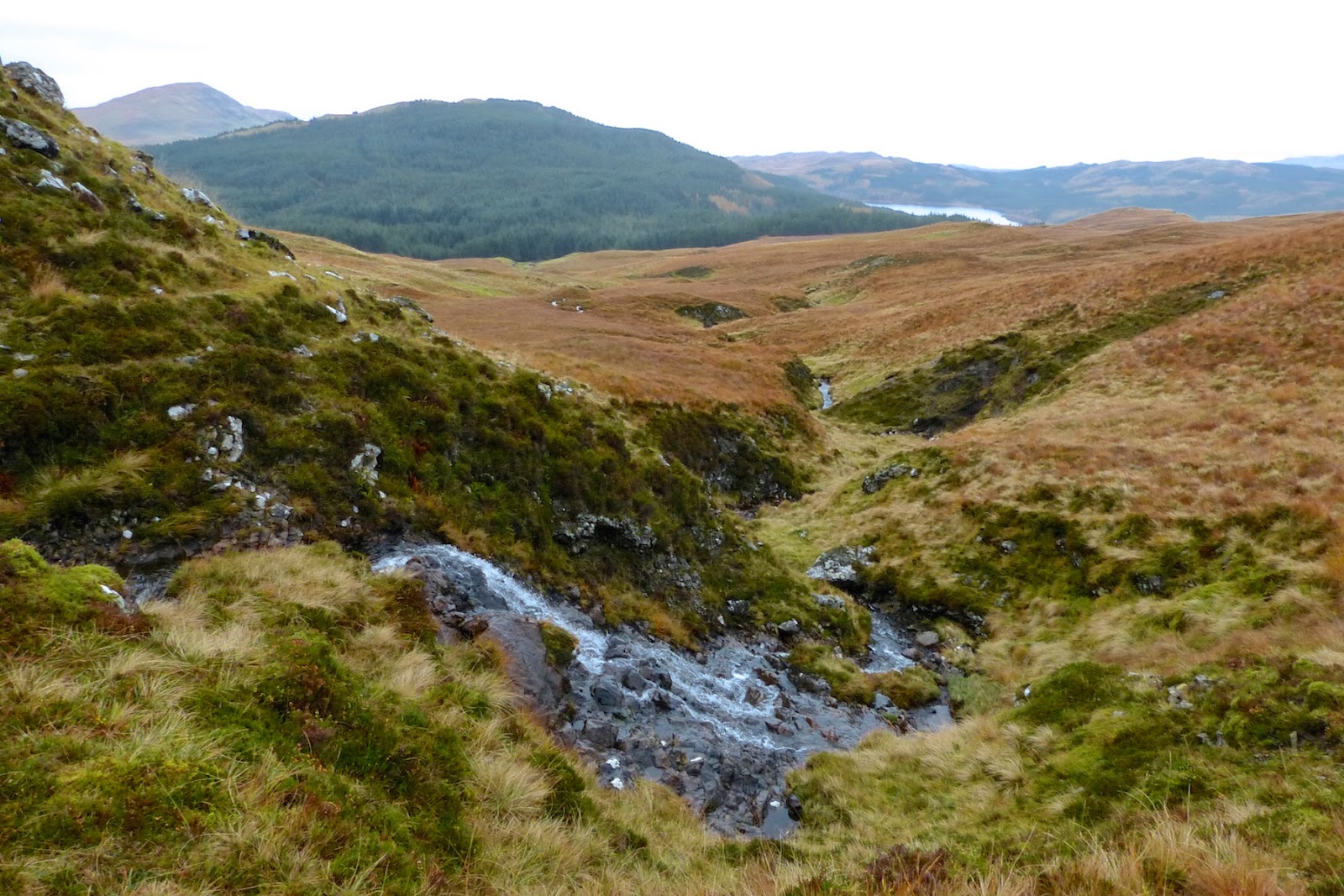 We climbed up to the edge of the saddle but the drizzle was becoming increasingly persistent.  We also spotted yet more deer up in the saddle and knew that, if we moved into it, we couldn't help but disturb them.  So, after stopping for a few moments to look back across the land we'd crossed, we reluctantly set off for the car. 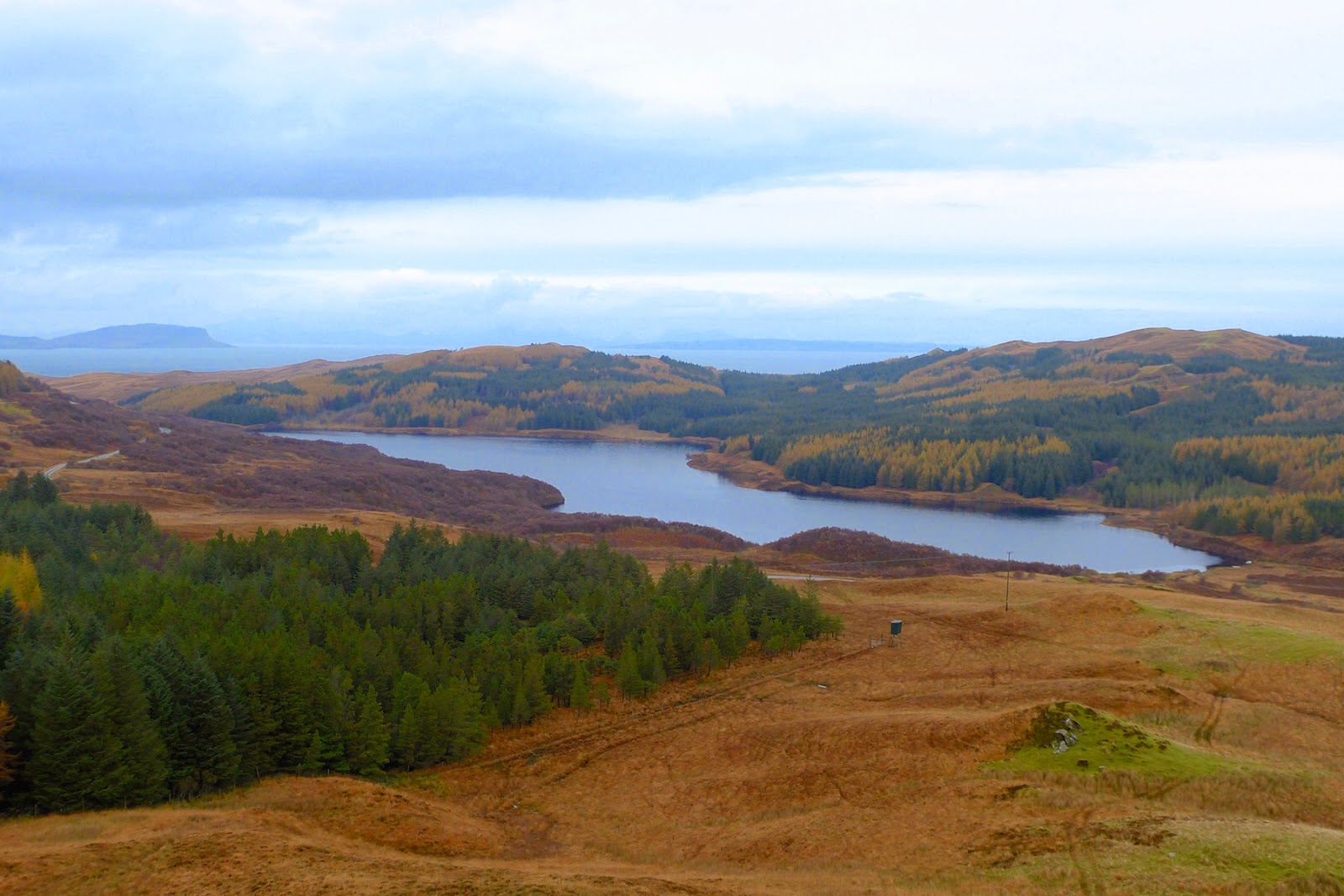 The colours in the land were superb.  All we needed was some sunshine to set them on fire, but the sun refused to show itself.
Posted by Jon at 14:49