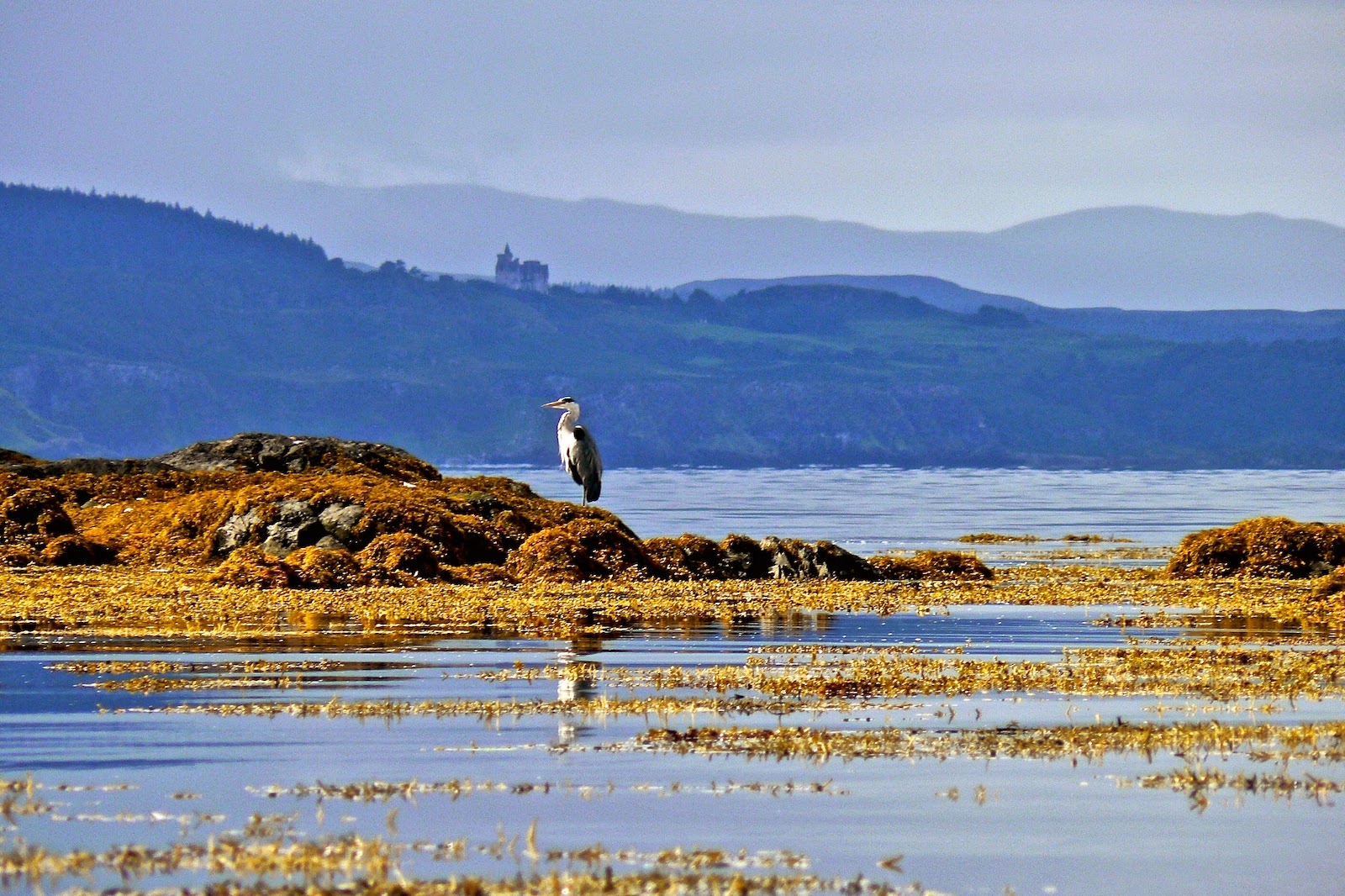 Many thanks to Brian Culcheth for writing to draw attention to the large number of herons which were collecting in and around Kilchoan Bay recently.  He reports counting fourteen at one time, and we've seen as many in previous years.  While Brian suggests that the reason for this meeting of herons may be because they were attracted by the very high tides that were perhaps leaving creatures on the grassy areas as the tide receded, since it seems to happen in late autumn we wondered whether some sort of courting ritual was taking place.  Grey herons are normally very antisocial - we've often seen them chasing others away.

Needless to say, this picture isn't a recent one.  It was taken while kayaking in Kilchoan Bay this summer, with Glengorm Castle in the distance.
Posted by Jon at 15:24