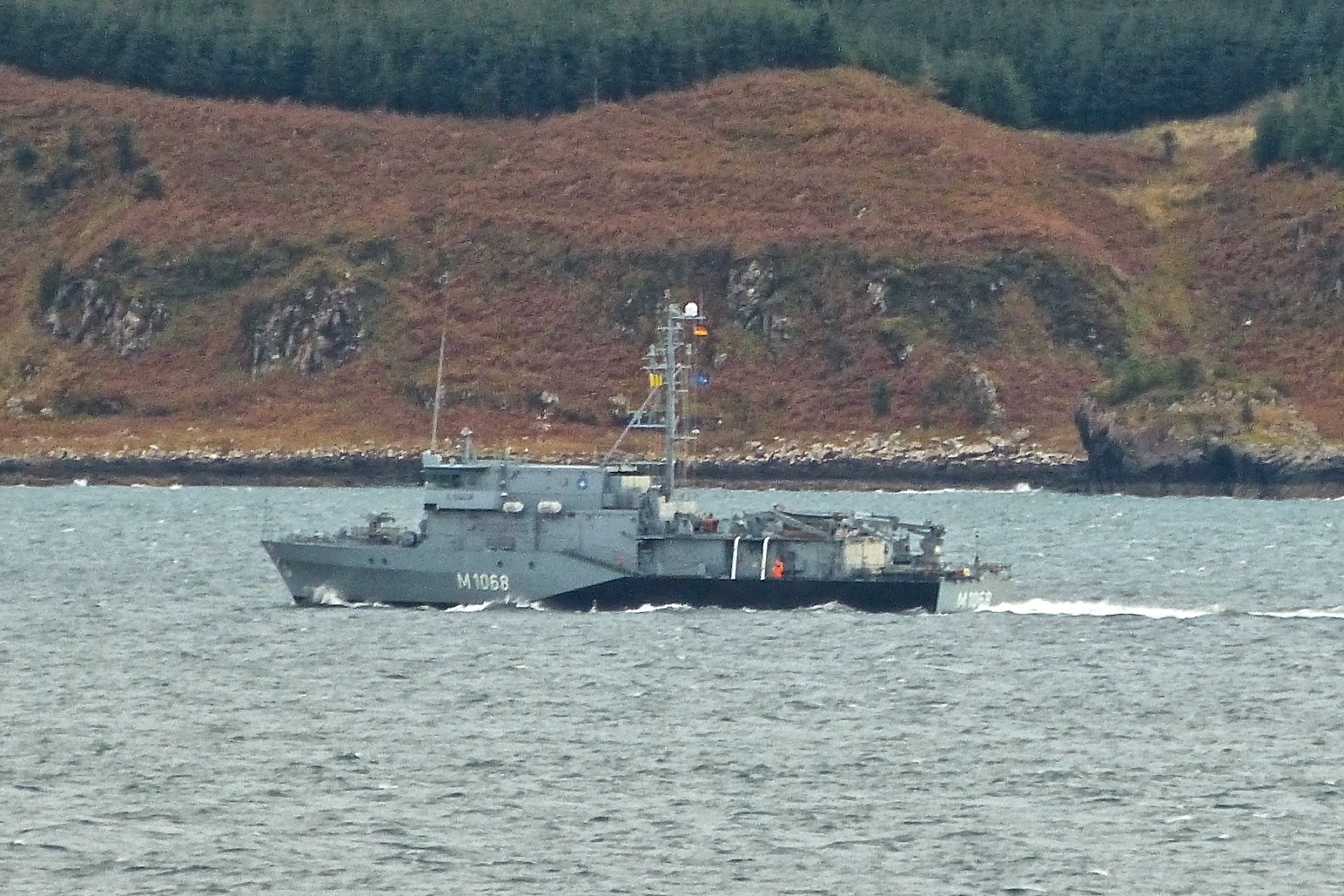 We were treated to a parade of international warships this morning, sadly while the light was still uncertain - which explains why some of these images are a bit hazy.  Leading the way south down the Sound of Mull was M1068, the German Navy's Frankenthal class mine hunter FGS Datteln. 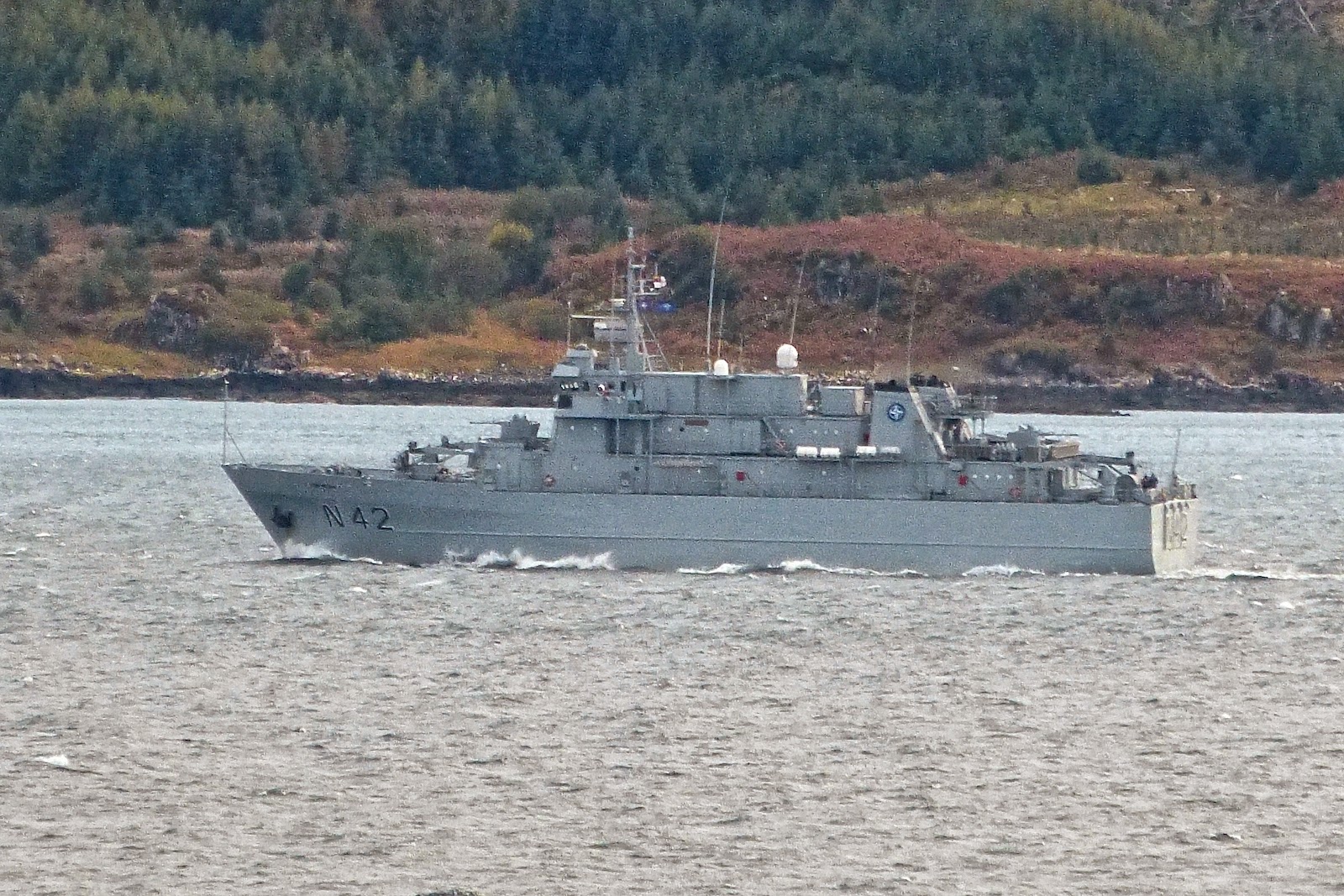 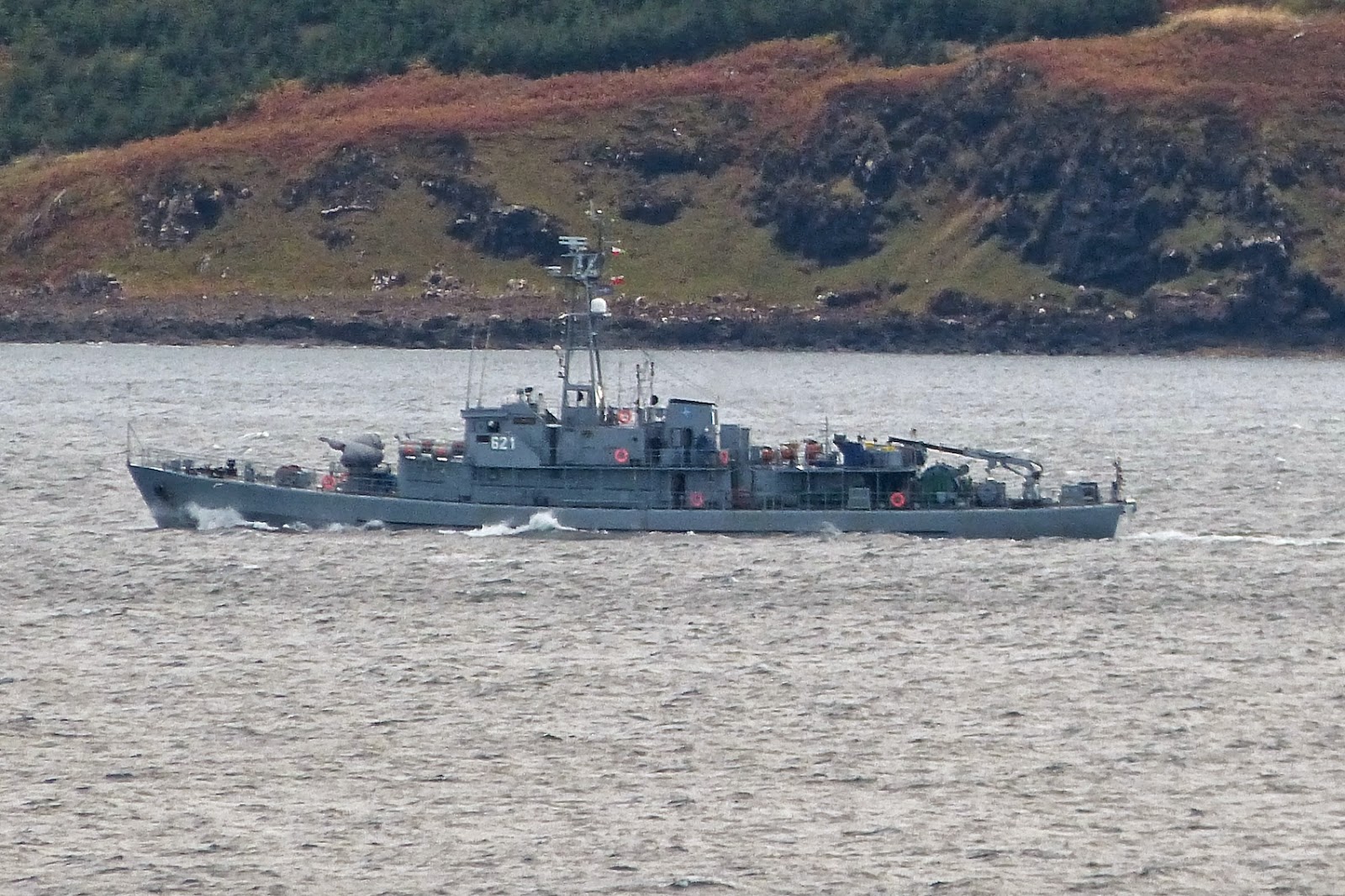 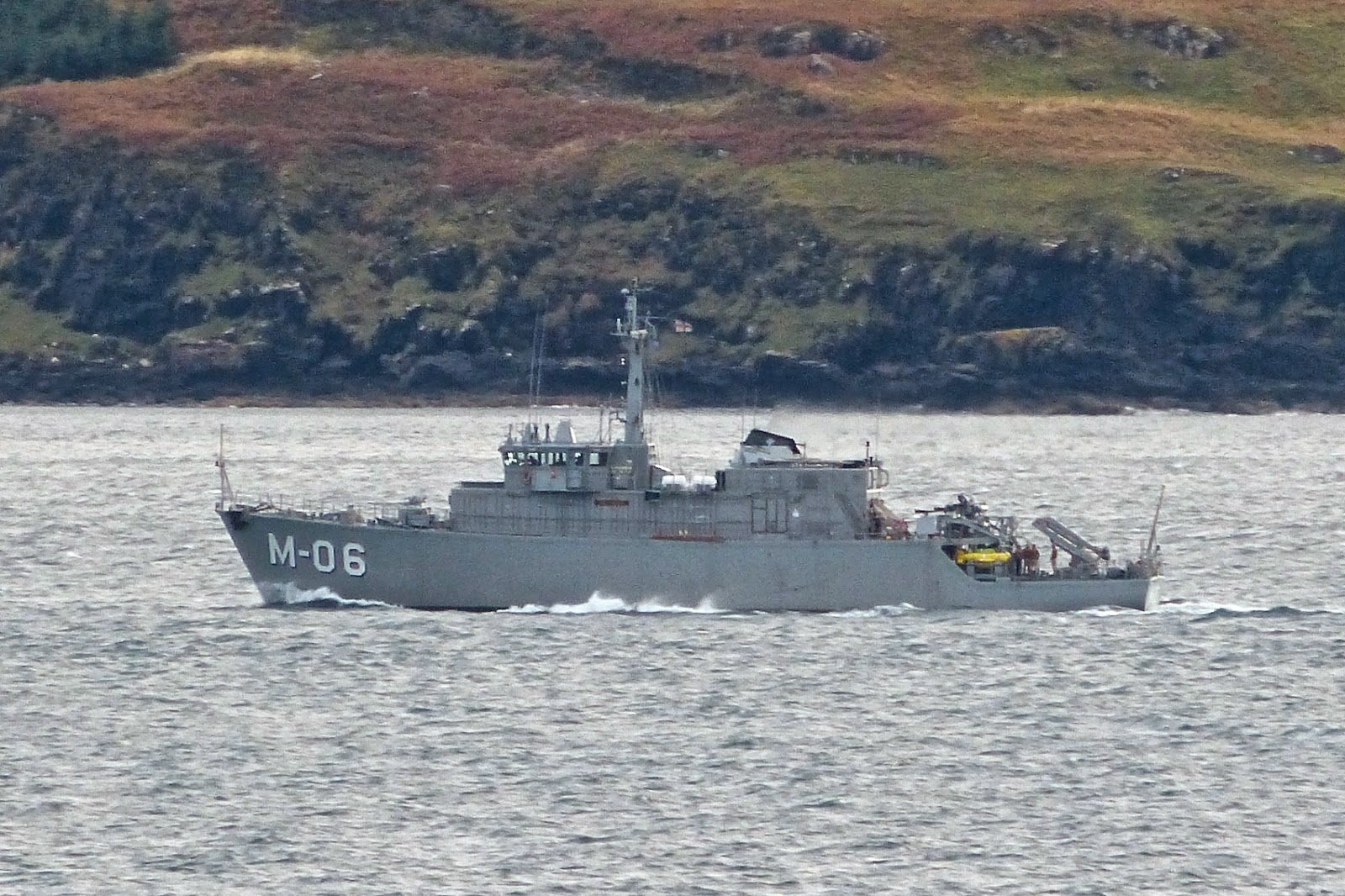 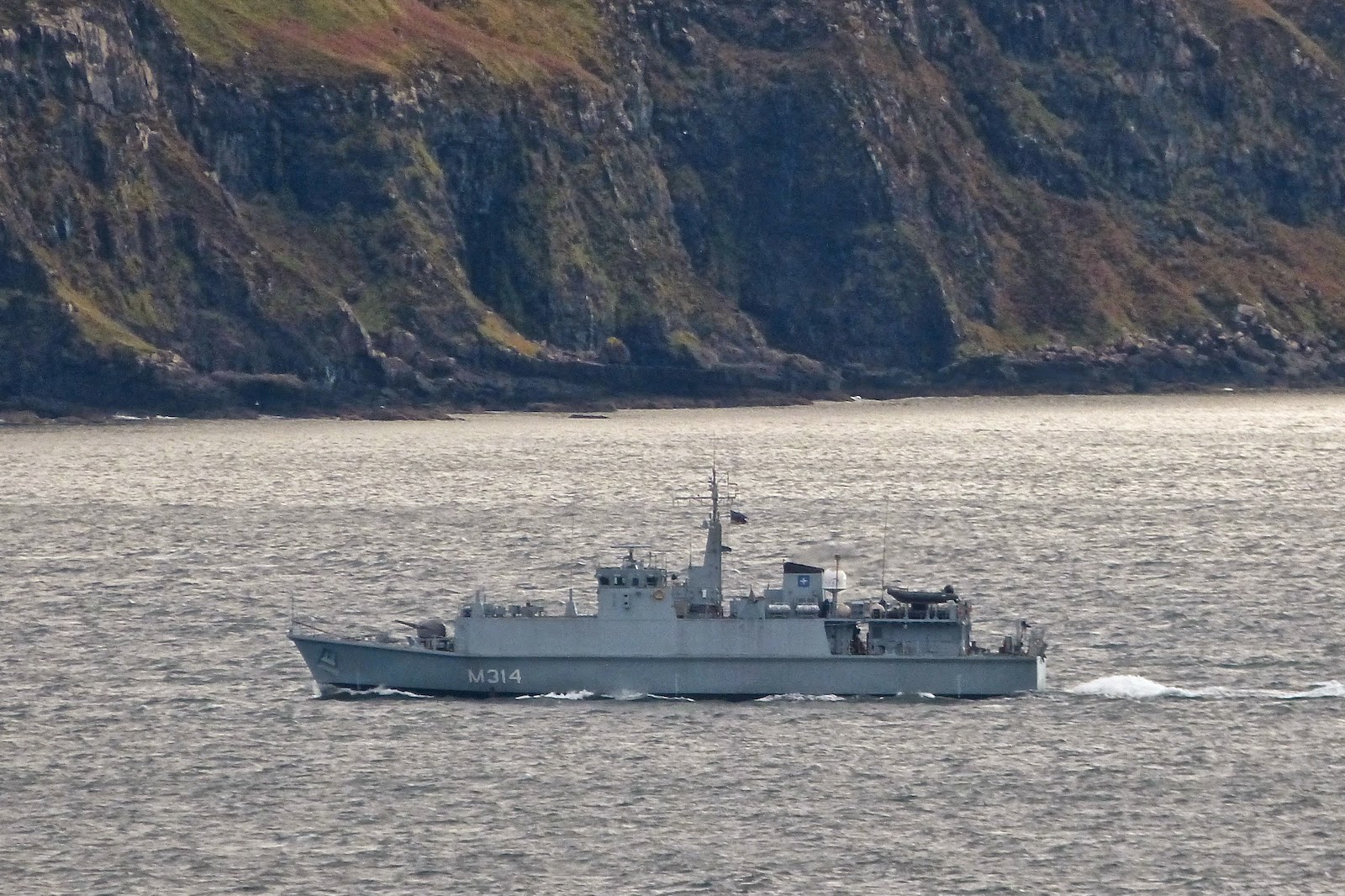 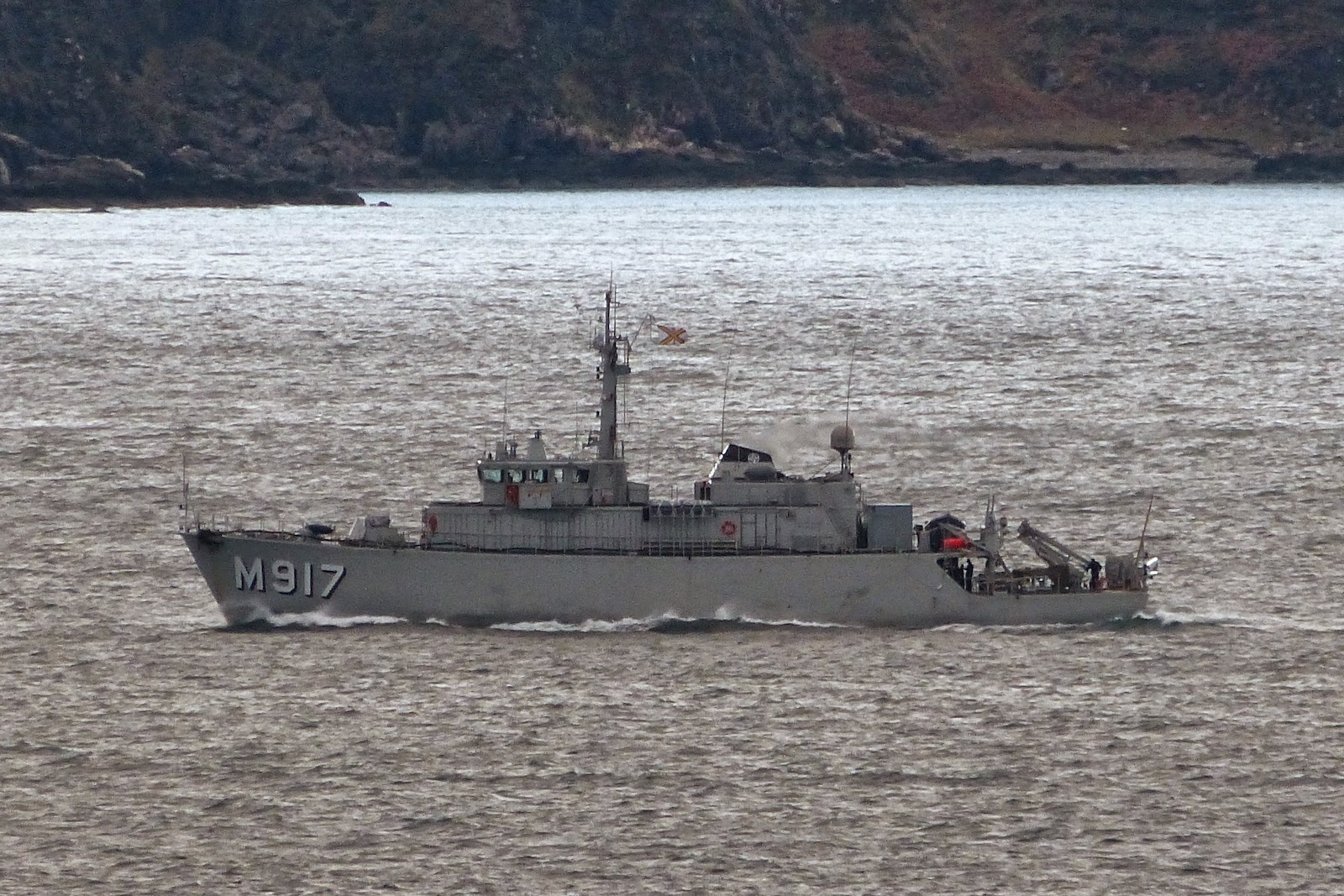 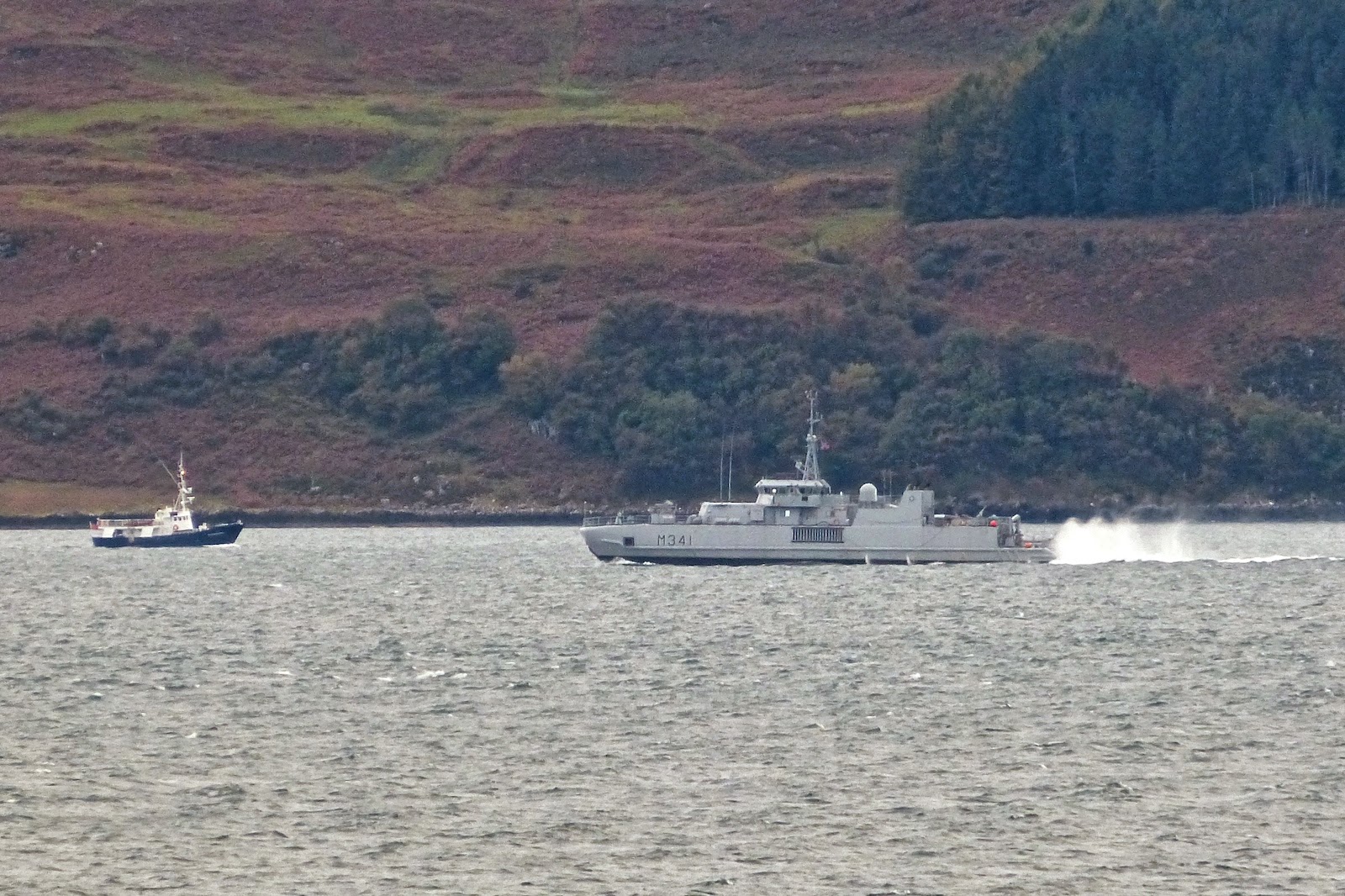 All are taking part in the military exercise, Exercise Joint Warrior 142.  This multinational exercise is held twice a year in the spring and the autumn, and the present one involves twenty-two naval units and over fifty fixed wing aircraft - more details on the RN site here.  The exercise also explains why we're seeing much more air activity over us, including, today, a low-flying Hercules transport and a fighter.

Conspicuously missing from the parade were any RN ships.  They tend to move south later, after the foreign ships are out of the way.
Posted by Jon at 15:05