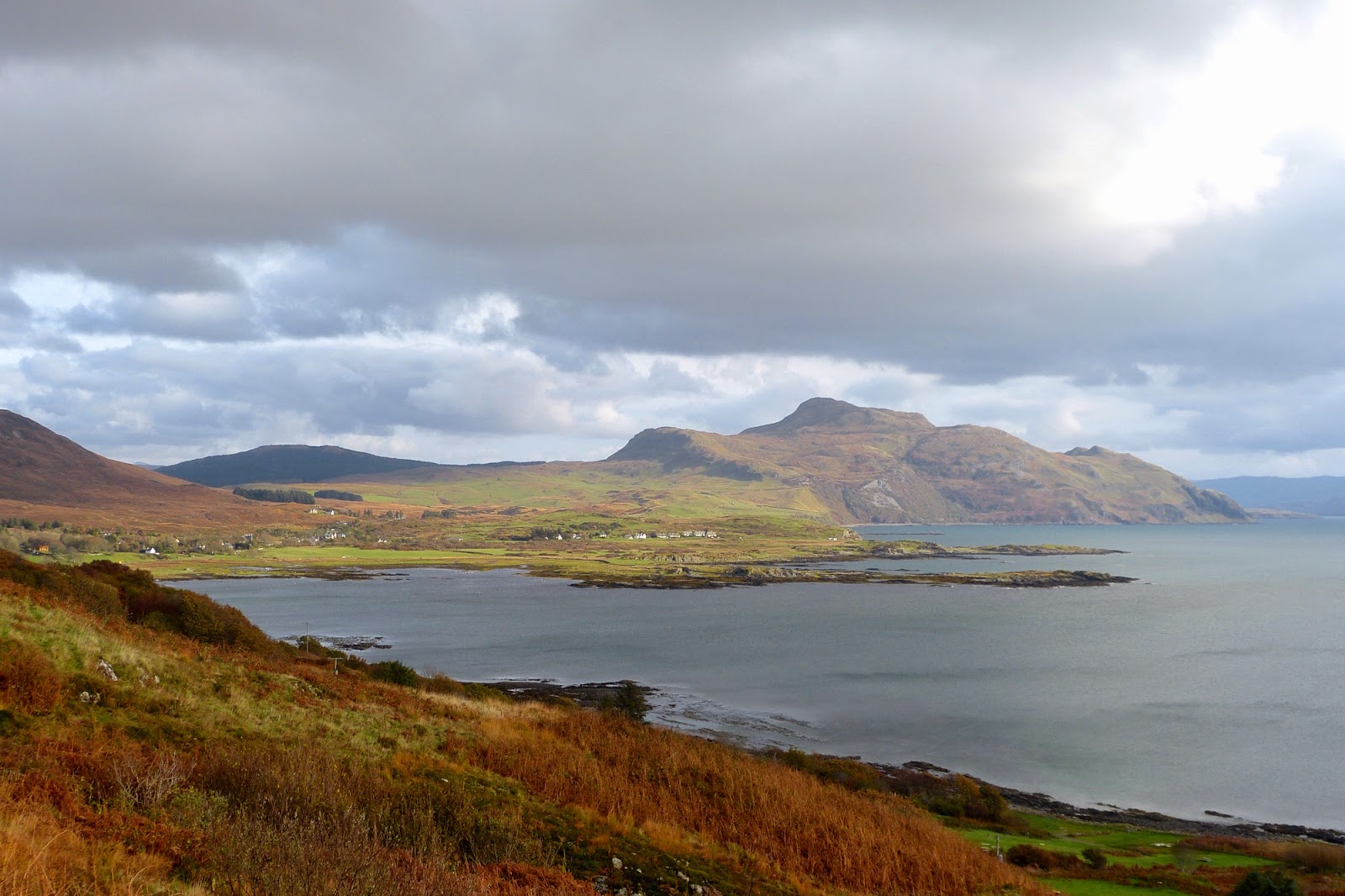 A watery sun finally appeared during the mid morning, throwing a washed-out light across a sodden landscape.  In the first sunshine we've seen in a week, and follows a deluge during the last twenty-four hours - 48mm of rain fell, most of it overnight.  This is the highest 24-hour rainfall we have on record over the last four years, with the exception of the 10th August 2011, when we had 60mm. 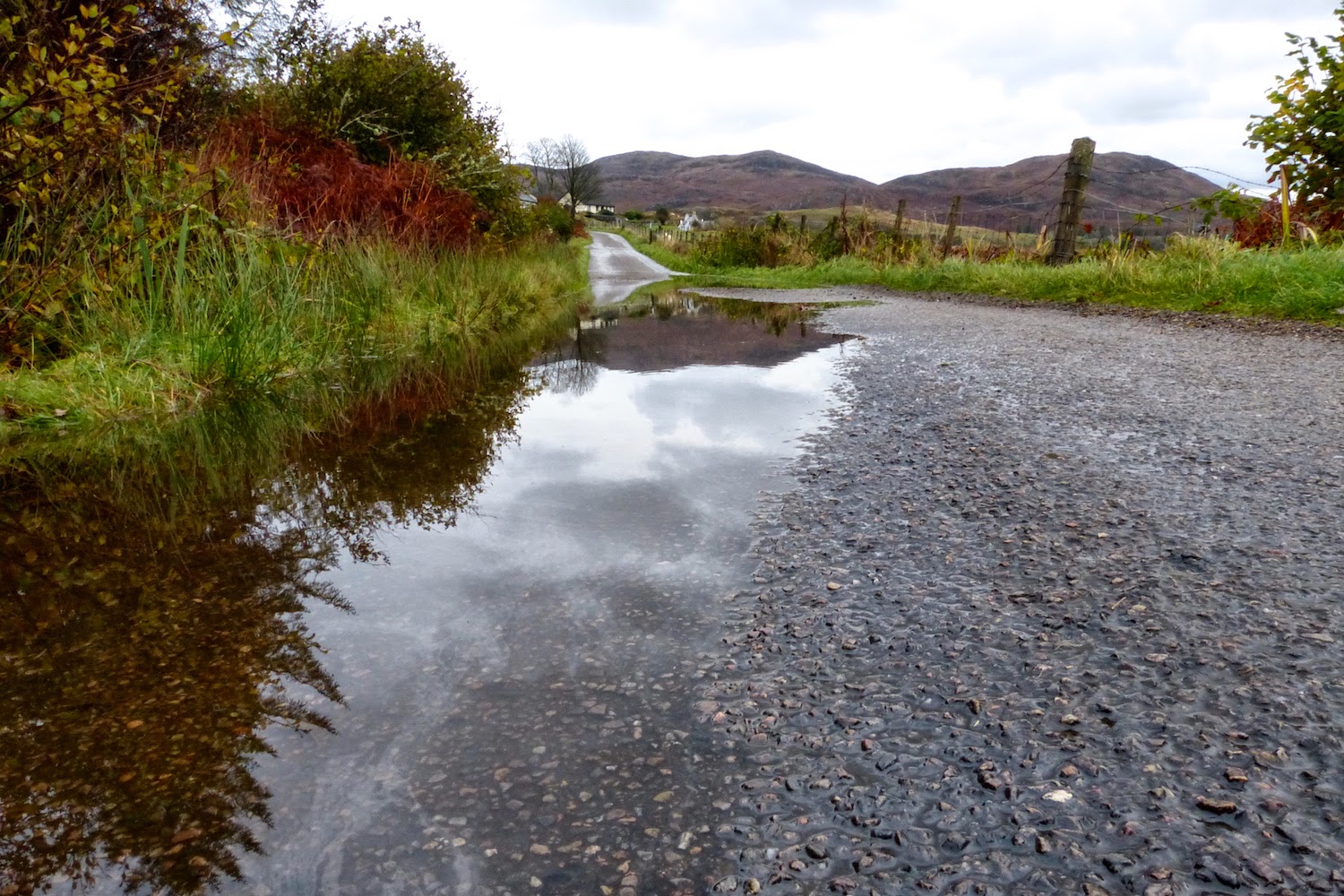 One would have expected the burns to have been brim-full first thing this morning but they weren't.  The ground is so saturated that anything further that falls runs straight off.  So there was plenty of evidence of very high stream levels, with grass flattened along burn banks.  But water did collect in some places, like on our precious roads, where a long-term failure to maintain the drainage is leading to another potholed winter. 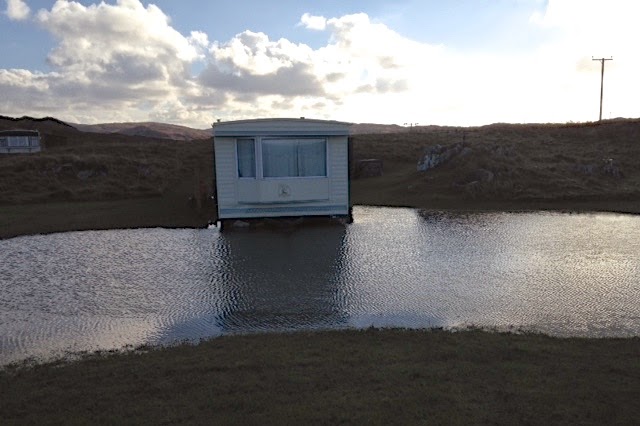 Some water collected in the fields - this is Grigadale - which drove many worms to the surface.  In places crows could be seen stalking around the edges of the puddles enjoying the feast.


Many thanks to Kilchoan Early Bird for the Grigadale picture.
Posted by Jon at 15:40