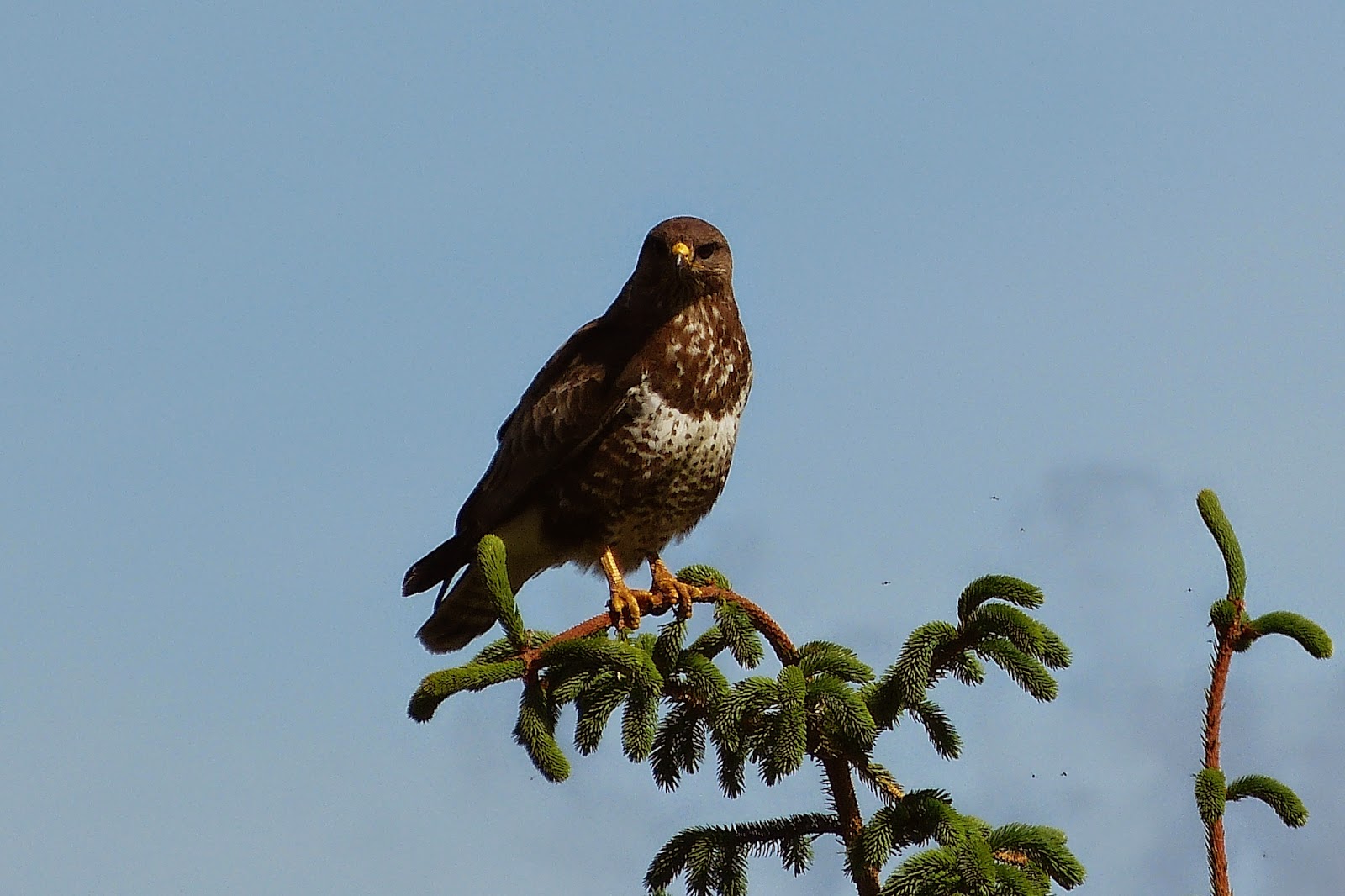 This is one of the pair of buzzards which has nested along Ormsaigbeg this year.  The season started badly for them as two hooded crows decided to nest in a tree not far from the shop, and there was some unpleasantness between the couples early on, but they seem to have settled down.

The buzzard has developed a special technique for landing on the top of this fir tree as the topmost branch bends under his weight.  He shares it with several other birds, including.... ....our resident song thrush who, for many weeks, sang from several nearby vantage points, including the fir tree, from about three in the morning until late into the evening.  His song was intricate, interesting and loud - particularly at three in the morning.  Despite this, when we returned from England he'd fallen silent and we missed him. Another useful vantage point is the power line that runs parallel to the road all along Ormsaigbeg, and it's used by several species as a place to sit and sing to the world.  This male yellowhammer serenaded us one evening as we sat on the top terrace enjoying a glass of wine. 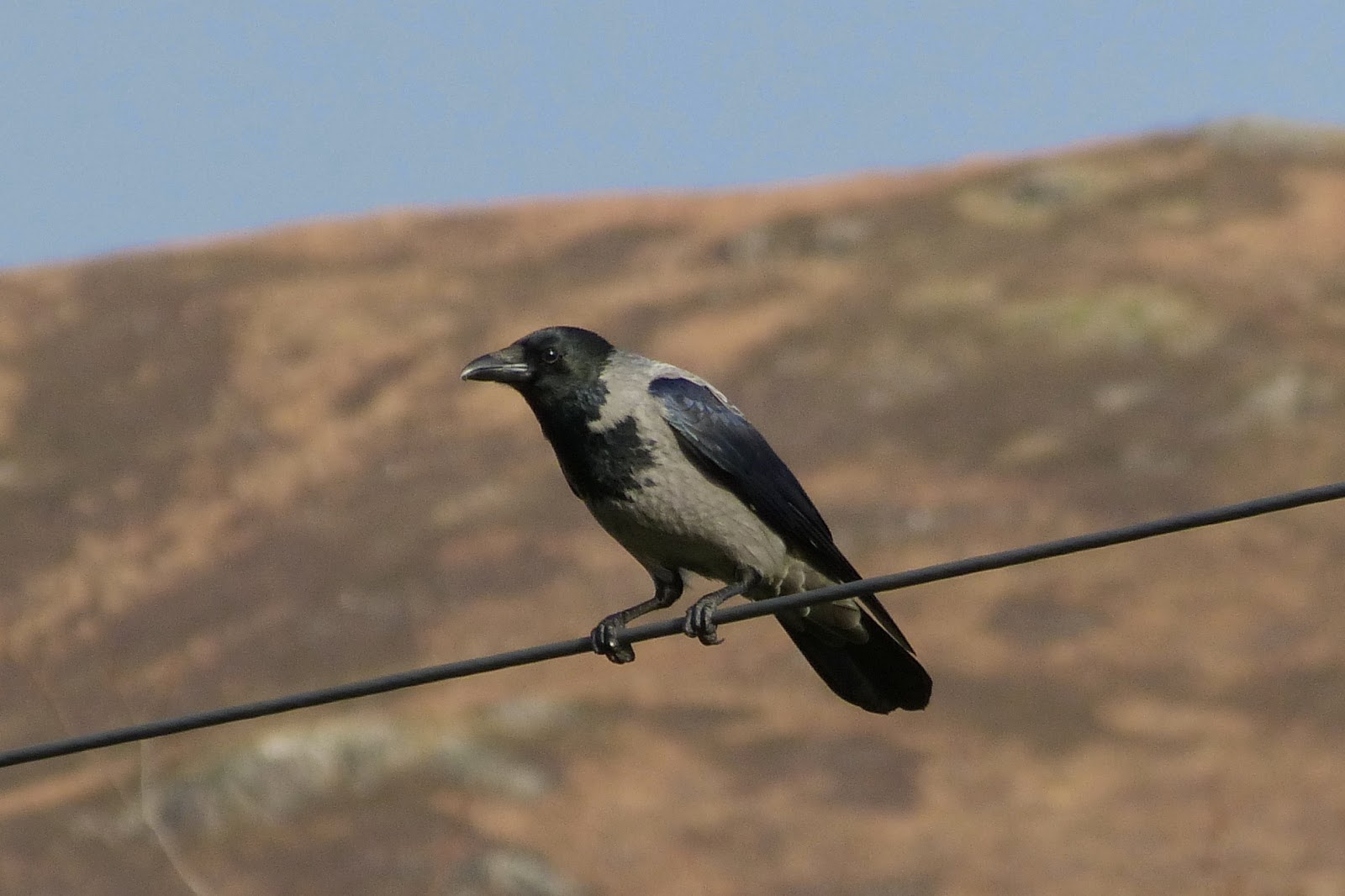 Hoodies, hooded crows, frequently avail themselves of the power line as a place from which to scold passers by. 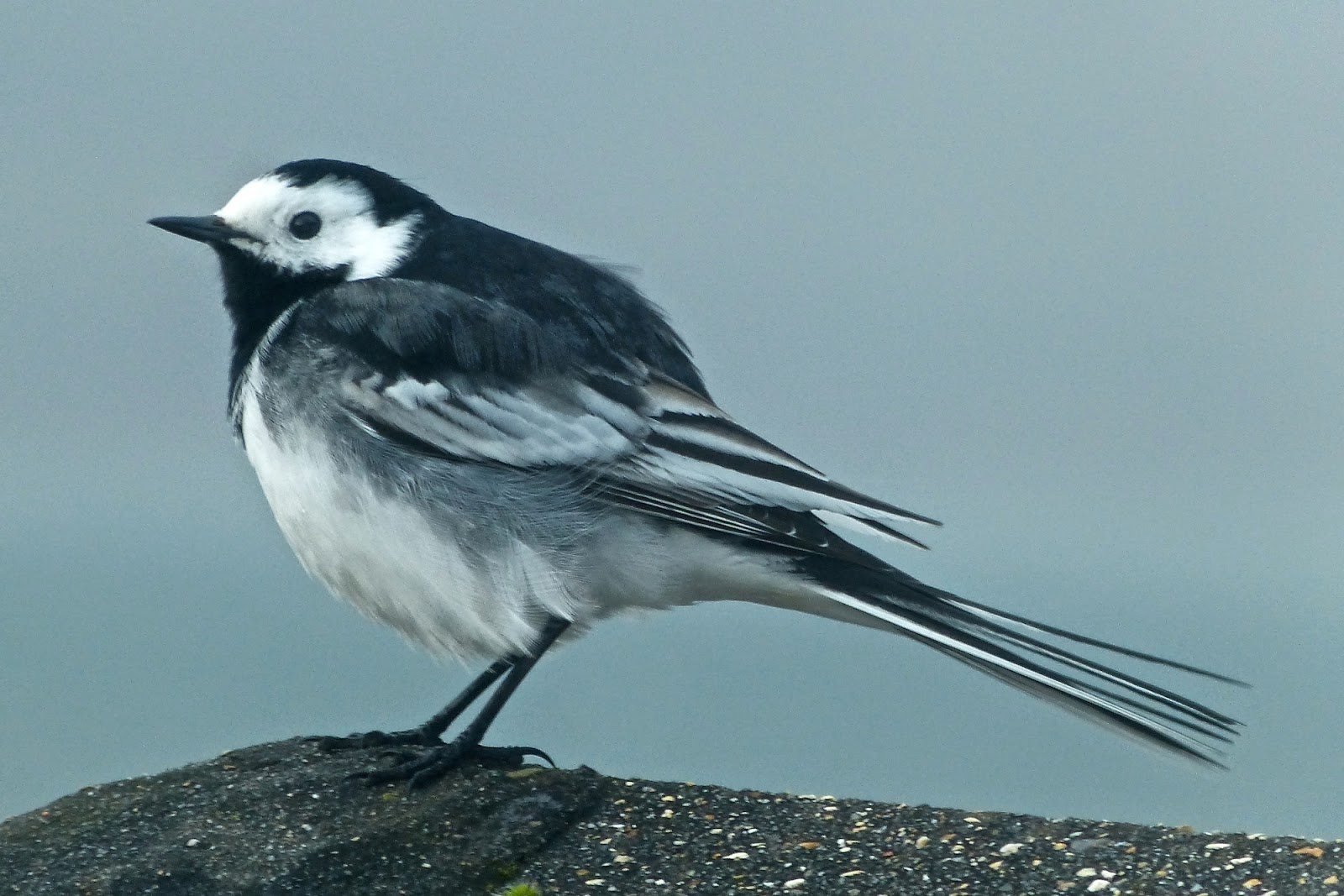 This pied wagtail took up position on the end of our roof ridge so he could overlook the garden.  He's a fly catcher, but he does come, along with the other small birds, to the seed on the front wall.  Unfortunately, when he does join the milling throng there, what is usually a very mild-mannered bird becomes quite aggressive towards the other birds, who treat his sharp beak with some respect. 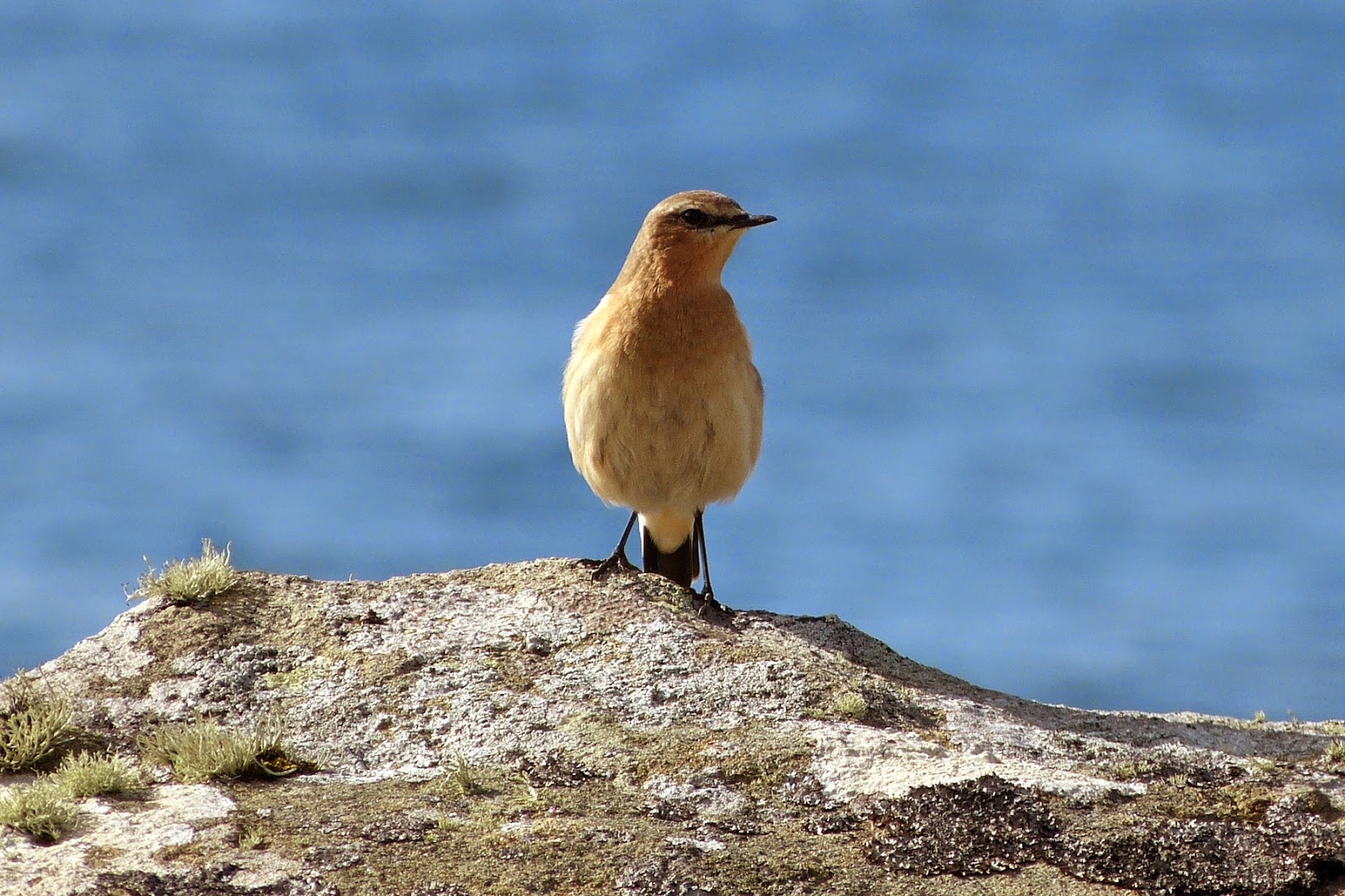 This wheatear is using a rock outcrop as a vantage point to survey his territory.  The males arrive earlier than the females in order to set up a family home, so having a good viewpoint is advantageous.  They deserve our respect as they are one of several local species which migrate huge distances every year to spend the winter in central Africa.
Posted by Jon at 08:00