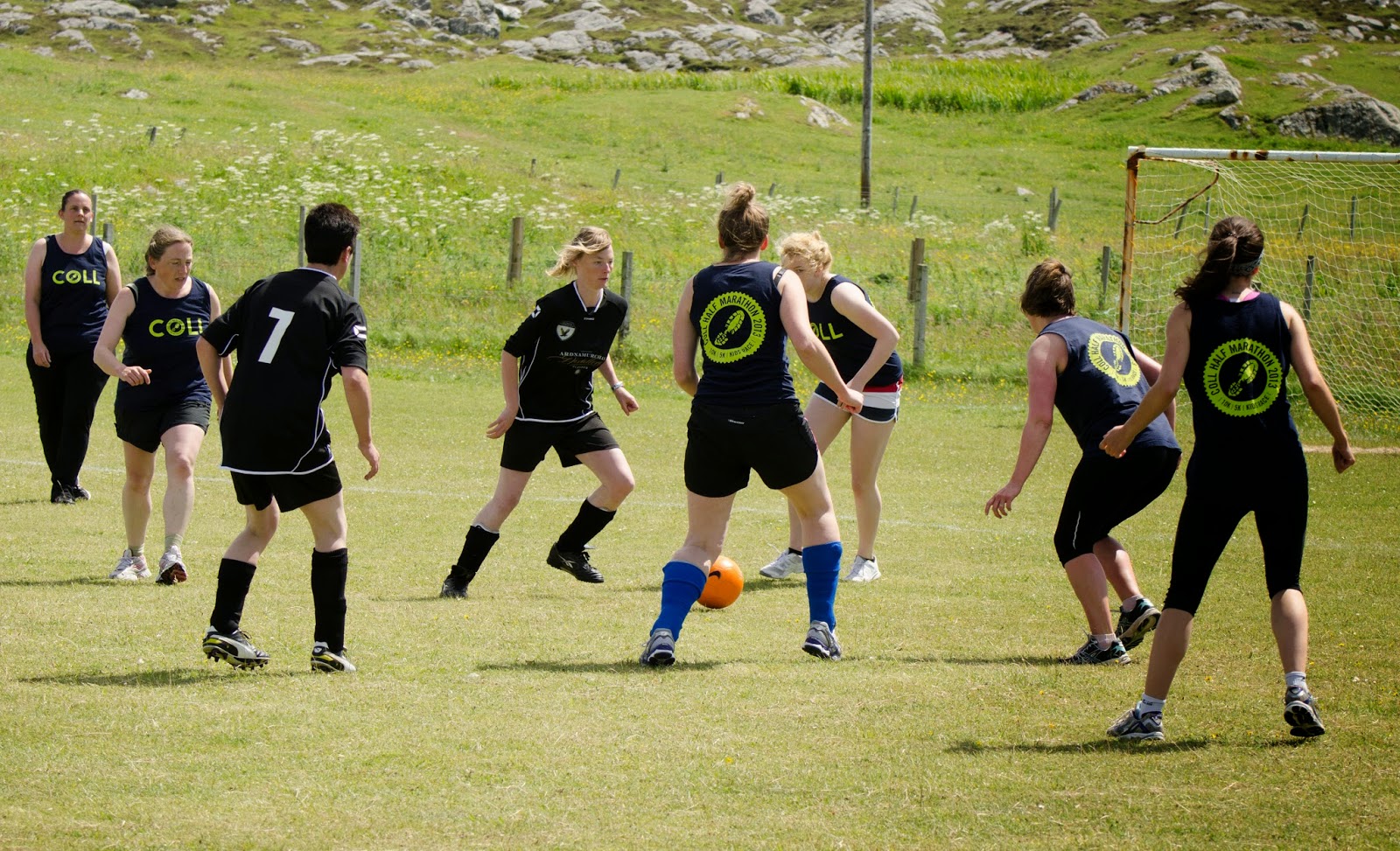 Kilchoan Ladies were brimming with confidence as their match began against Coll.  This may have been partly due to their no longer having to wear extra large men's shorts now that the team has been presented with a new kit (see post here). 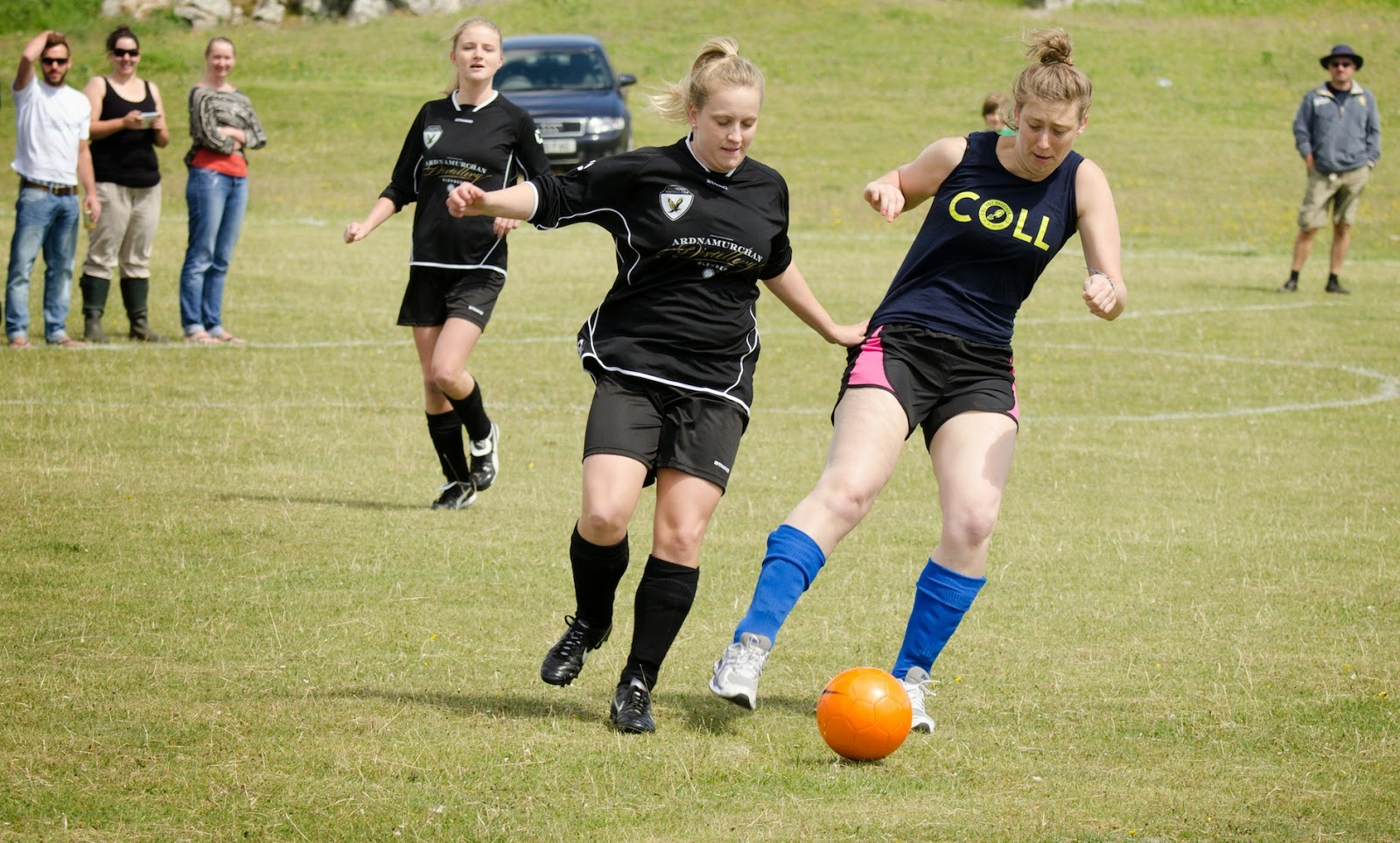 Kilchoan started strong, with striker Rosemary Curtis, who has only just recovered from three broken ribs obtained in Kilchoan Ladies last match against Uist, opening the score for Kilchoan. The game continued with strong play from Kilchoan, with centre back Chermaine MacLachlainn holding together a tight defence and successfully carrying the ball out of the box and feeding the midfield and strikers. This earned her a bottle of champagne, as she was awarded Kilchoan's Lady of the Match. 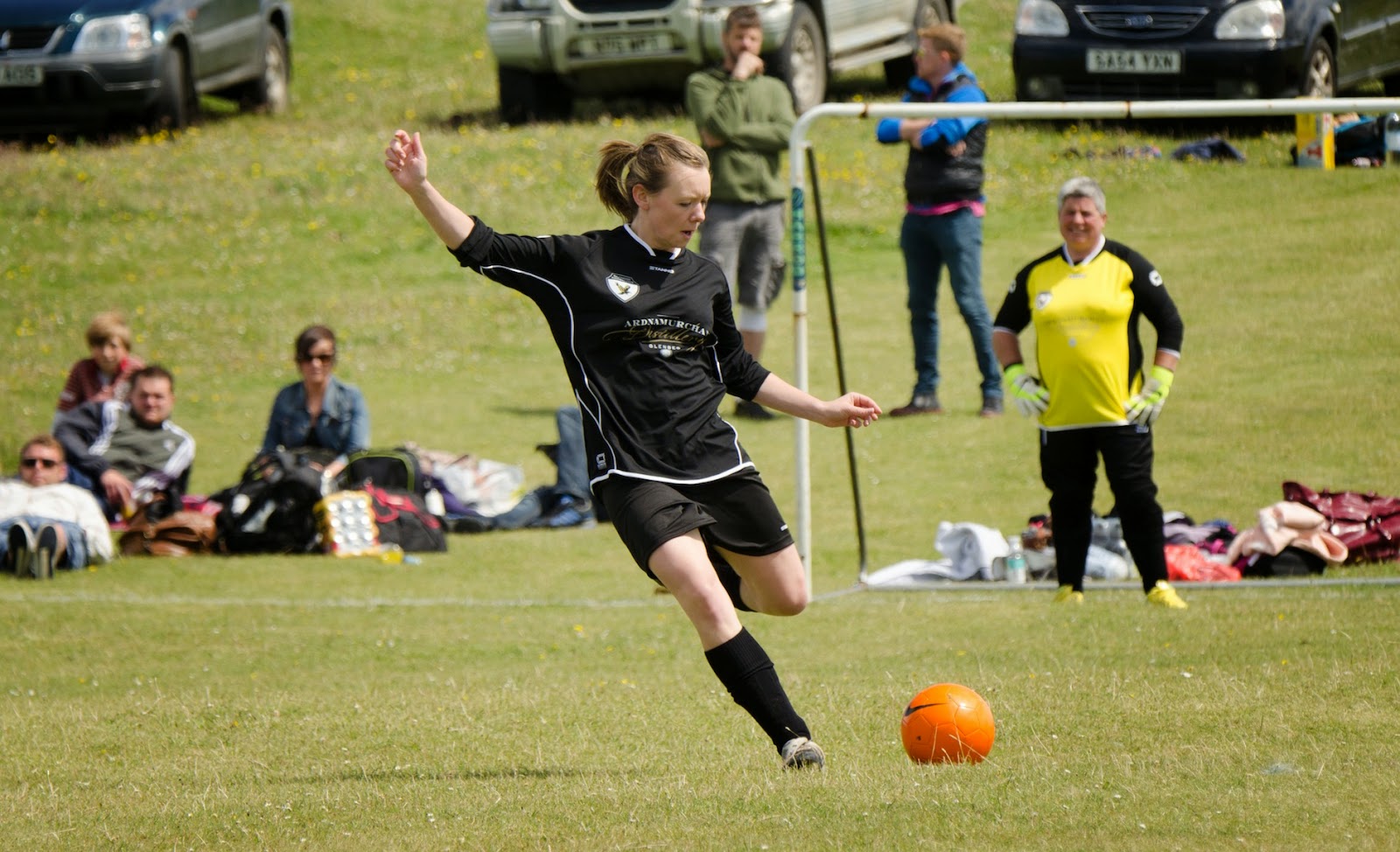 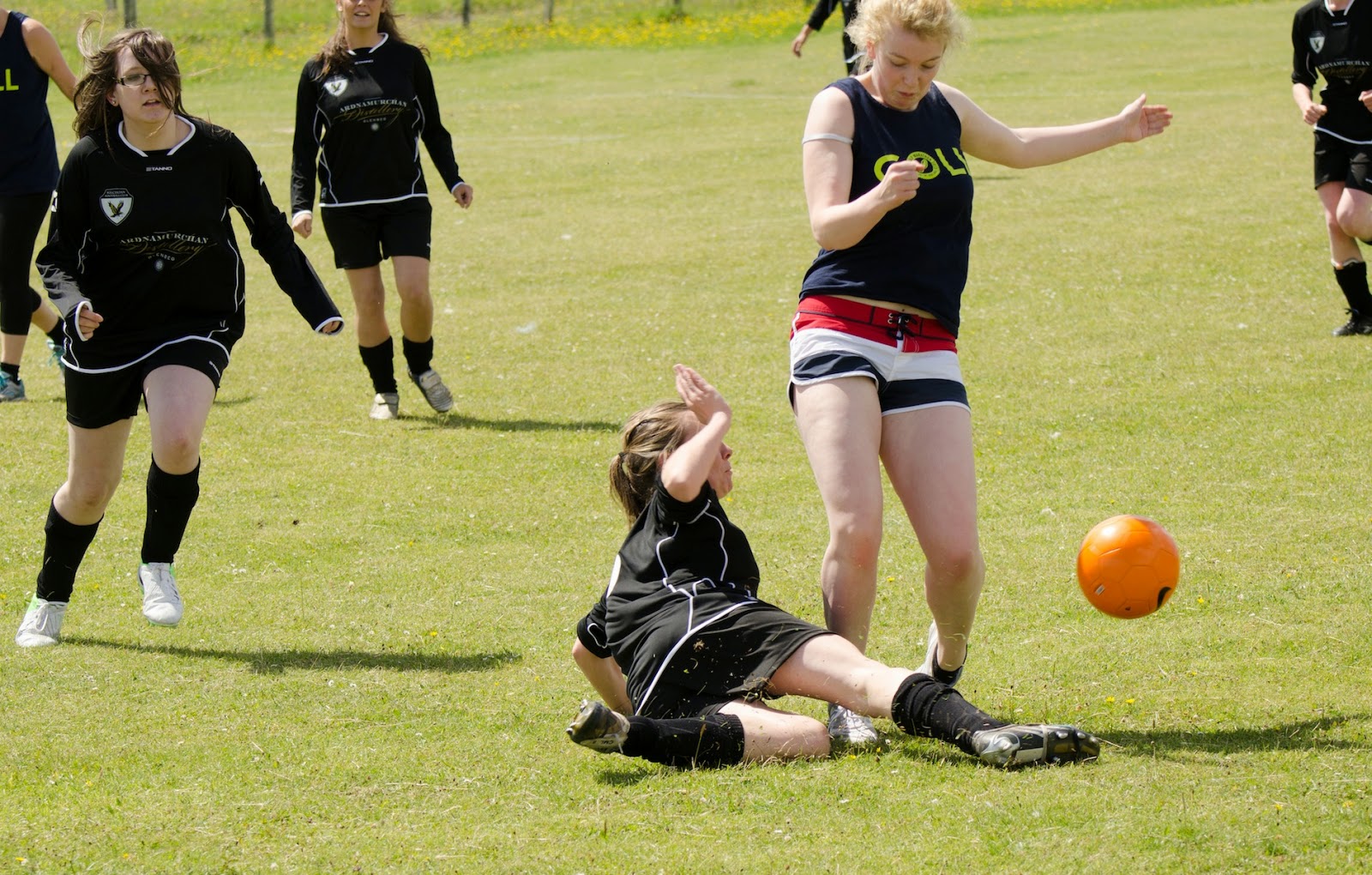 By half time the score was 7-0 to Kilchoan Ladies, and the second half continued with Kilchoan's confident play. 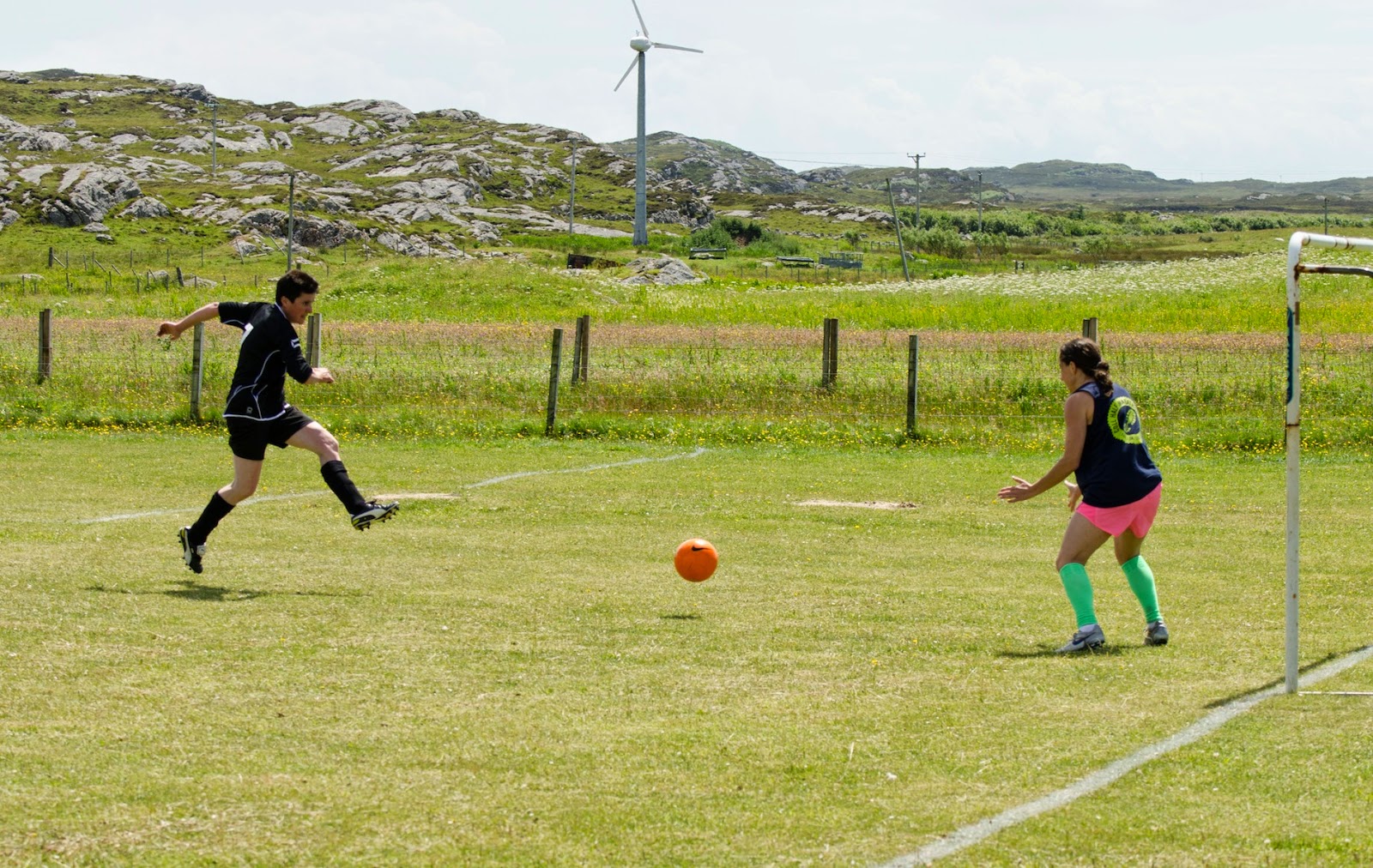 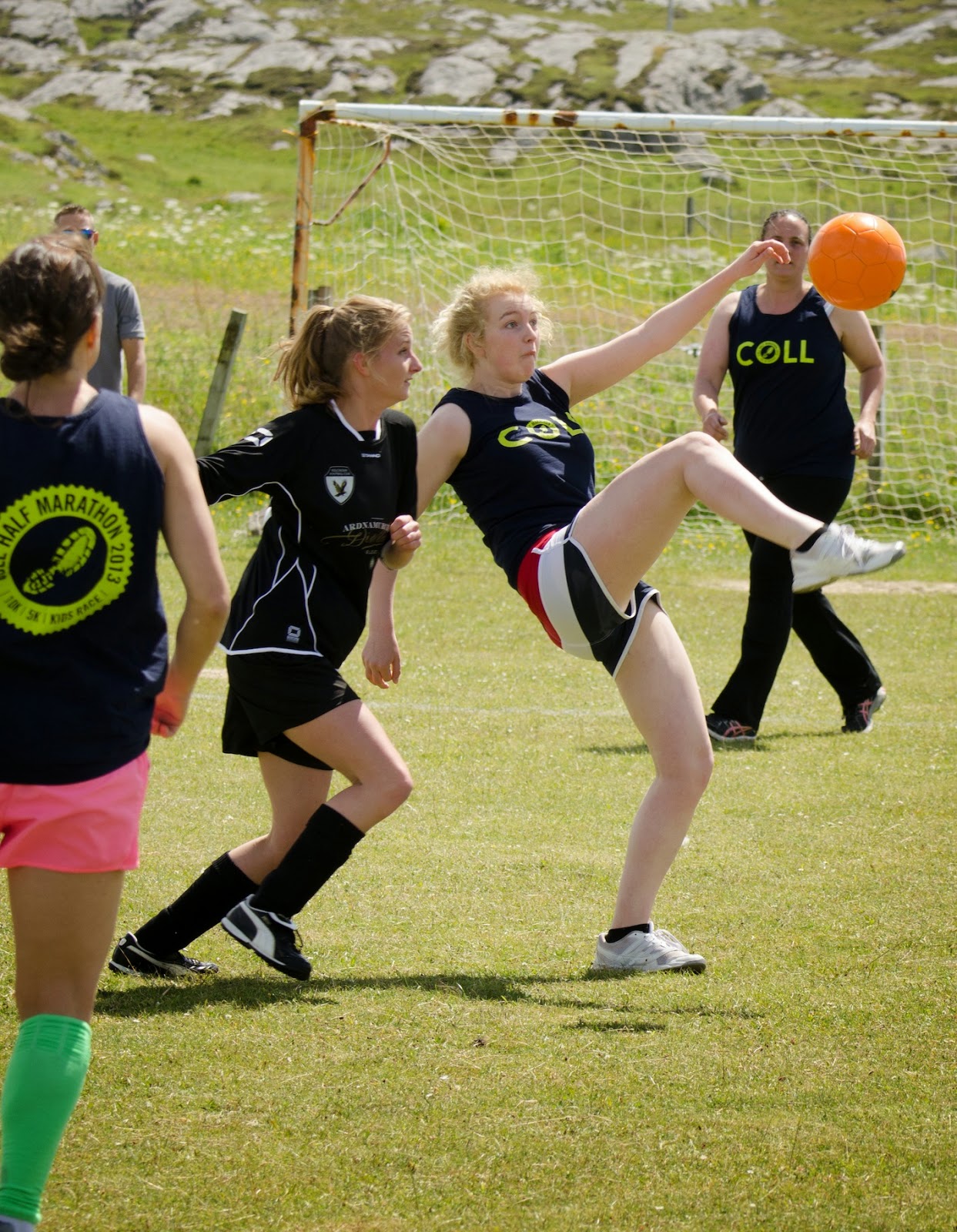 The final score was Coll Ladies 0 - 14 Kilchoan Ladies, with goals from Rosemary Curtis, Kayleigh MacGillvray, Chermaine MacLachlainn and Rachael Haylett.  However, Coll Ladies never gave up, always had smiles on their faces and fought til the very end. They were an absolute pleasure to play. 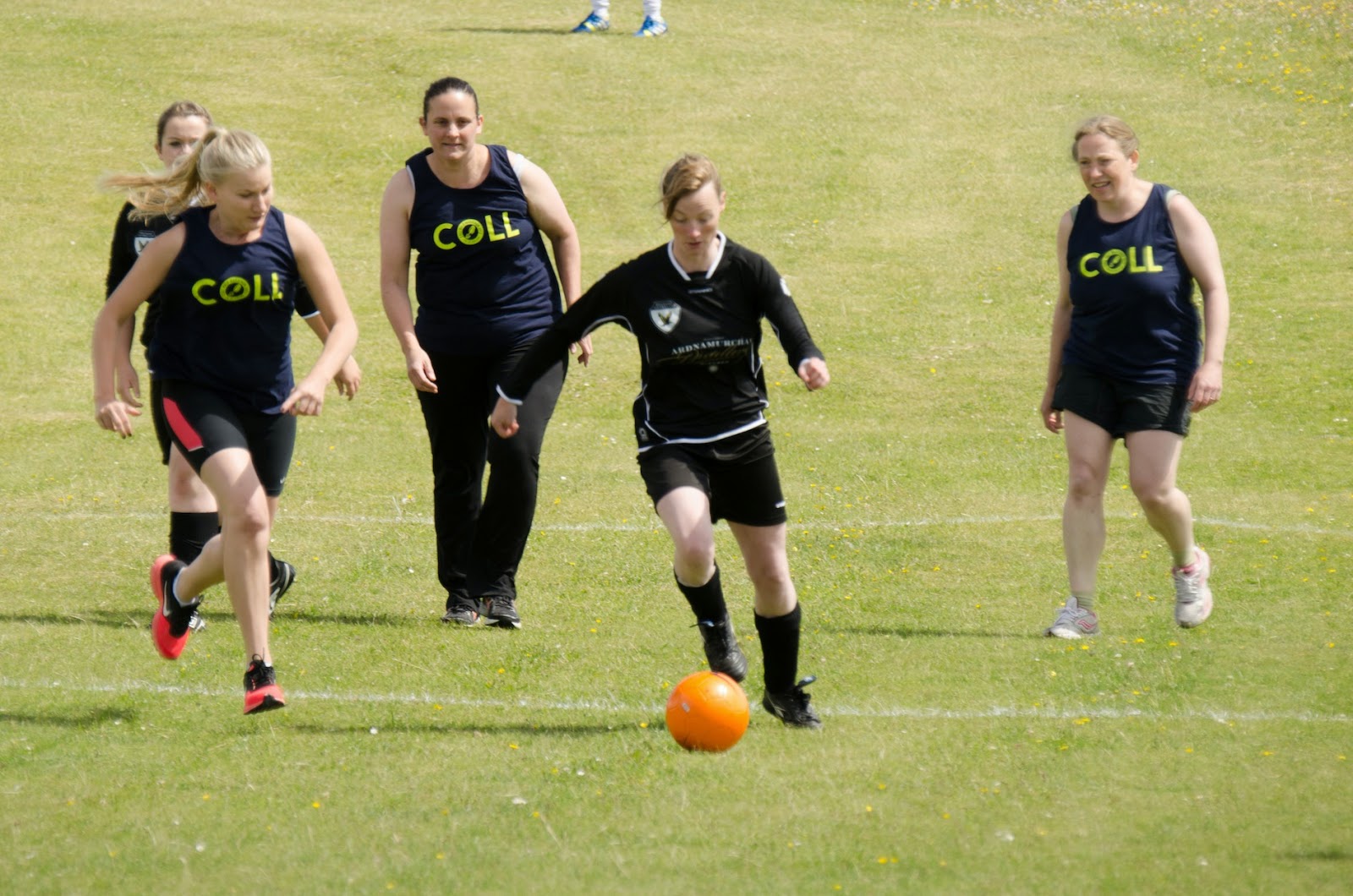 This score should provide a boost for Kilchoan Ladies, whose next match up is at home against Motherwell FC on 26th July.

Many thanks to Ben McKeown for the photos
Posted by Rachael Haylett at 06:00