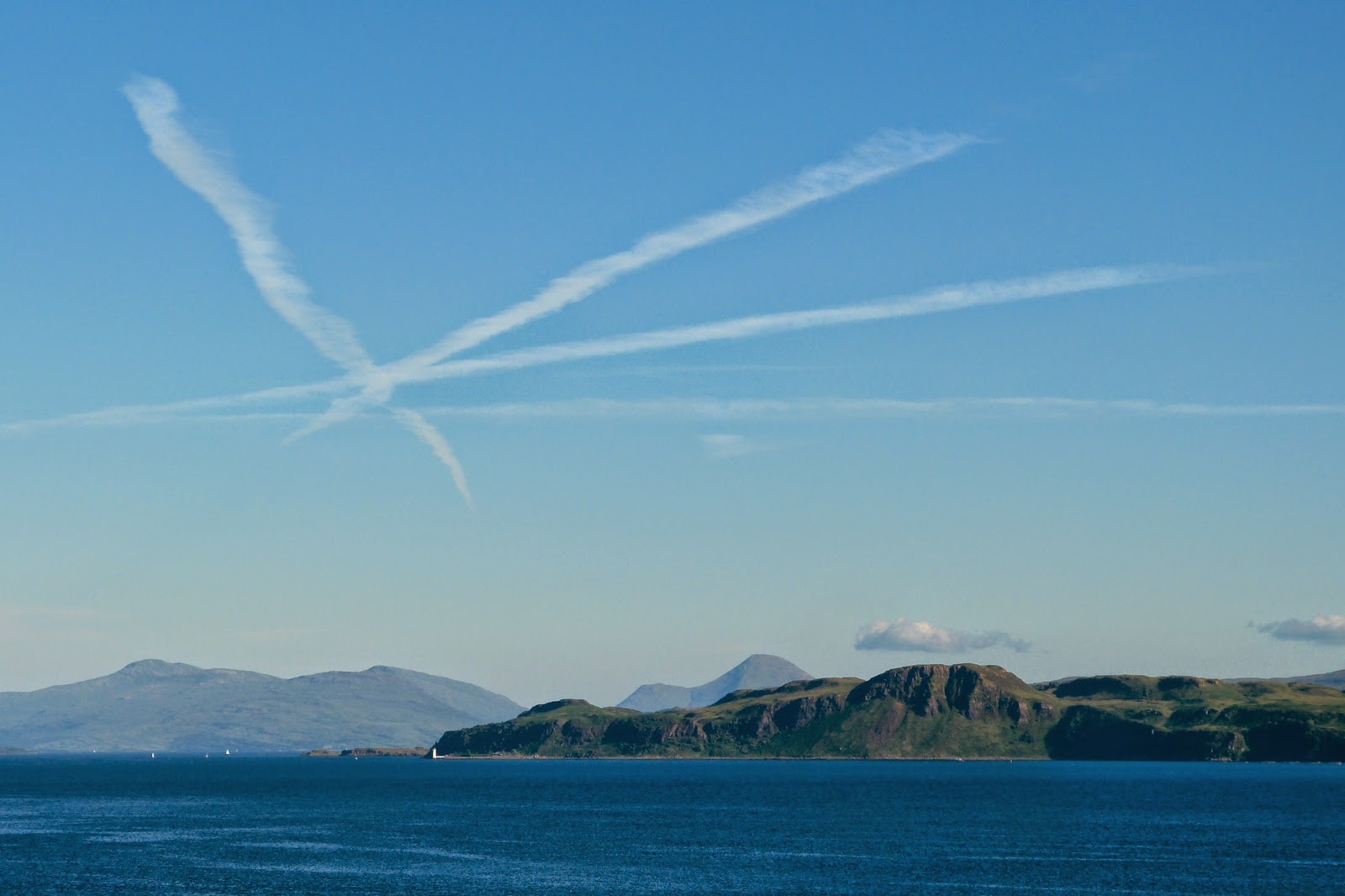 These contrails appeared in the sky over the Sound of Mull some time before six thirty yesterday, and lingered long into a glorious evening.  Was the pattern coincidence? 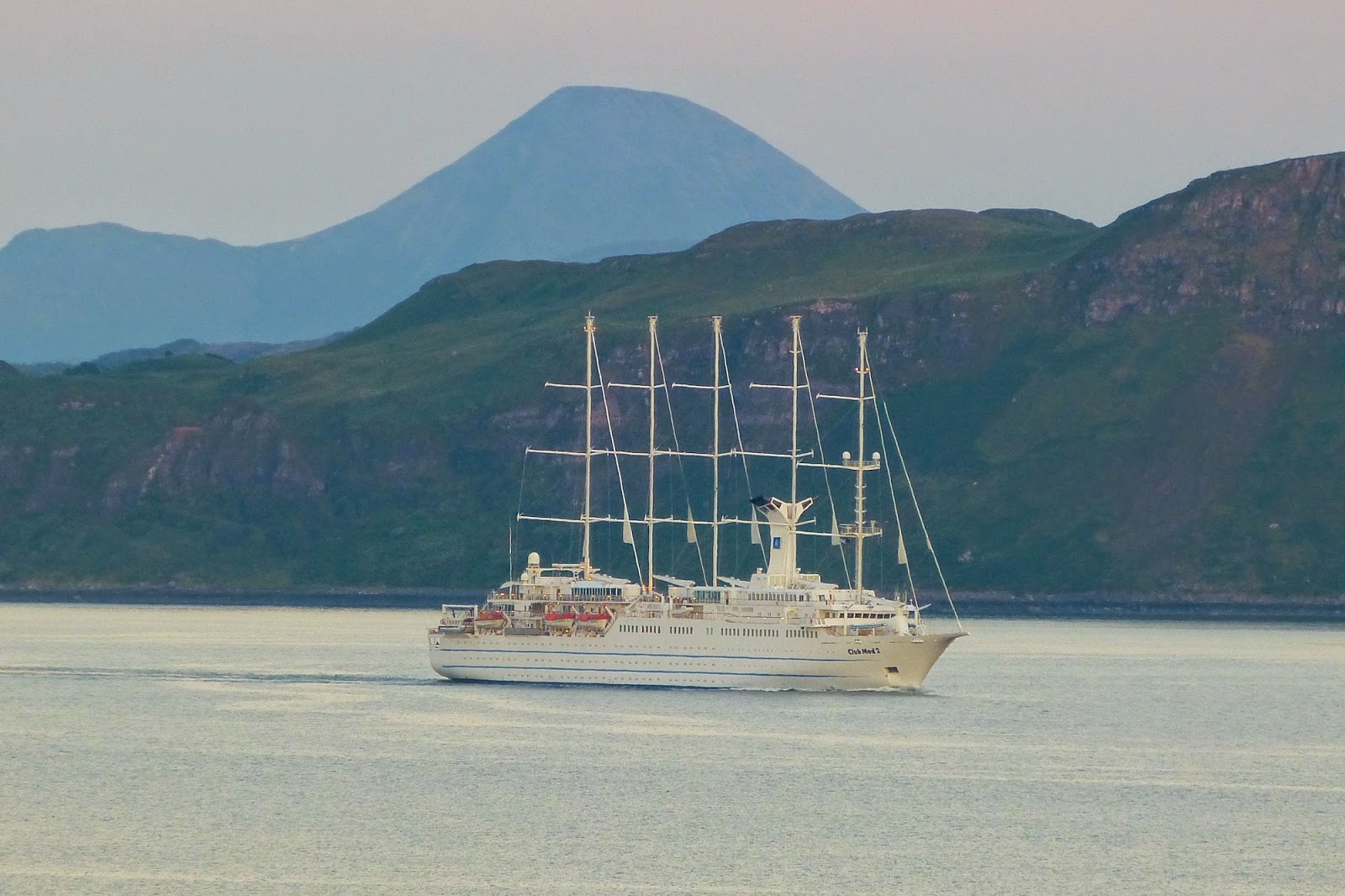 We watched the Club Med II make a leisurely, half-hour passage up the Sound around ten thirty.  She's one of the world's largest cruise ships fitted with sails, with accommodation for nearly 400 passengers.  The triangular sails are computer controlled.  While she's not normally seen in these waters, preferring the Mediterranean, Adriatic and Caribbean, she passed us almost exactly a year ago at much the same time of the evening (post here), so this must be a regular cruise.  She certainly chose the right weather for her visit. 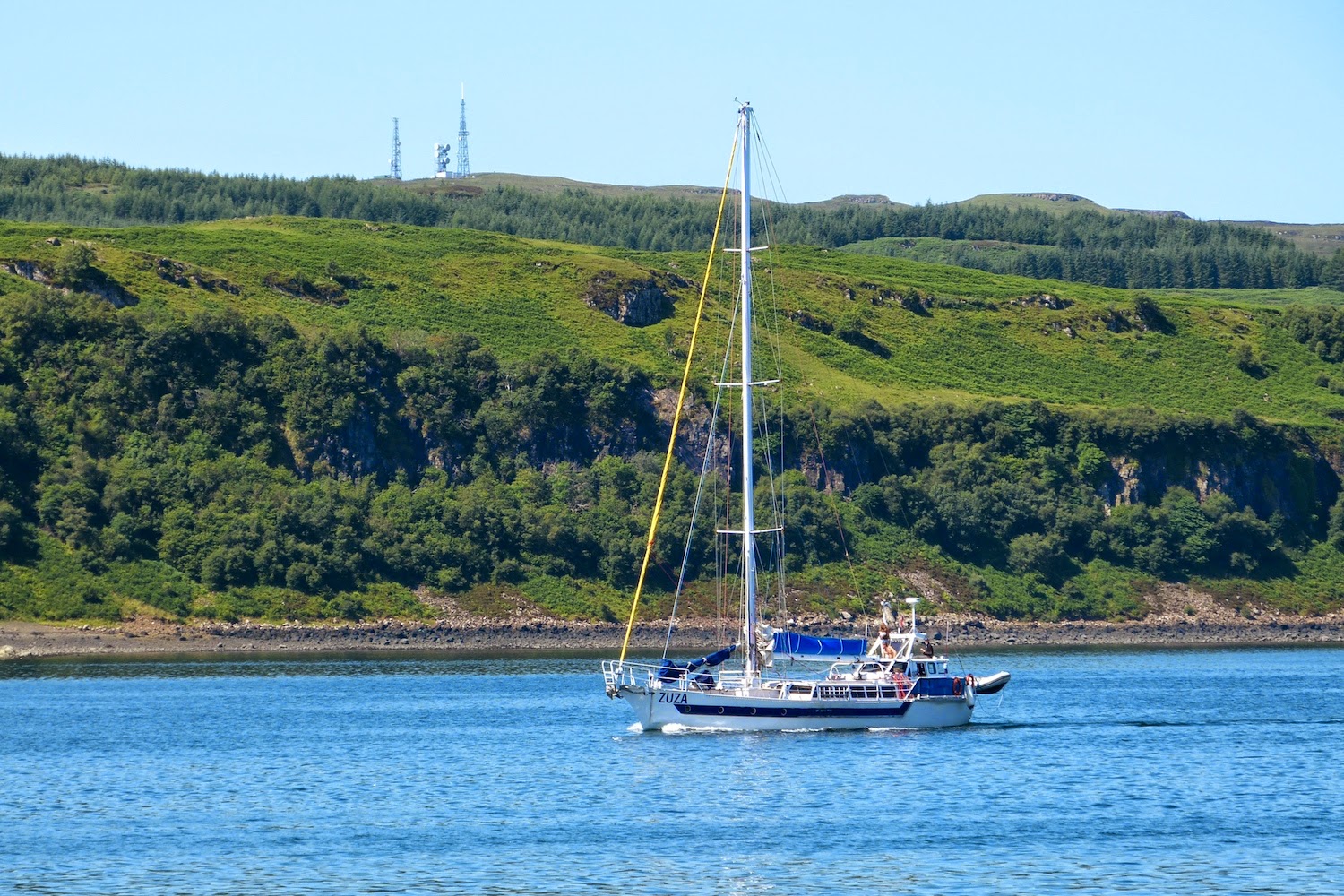 The Club Med II had some reason for not deploying her sails as she was coming up into the wind, but this fine yacht, photographed yesterday from the ferry, had no such excuse, as the wind was dead astern.  The Diary struggles with the idea of sailing ships not using sails when the opportunity arises, but perhaps the skipper had his reasons.
Posted by Jon at 09:01