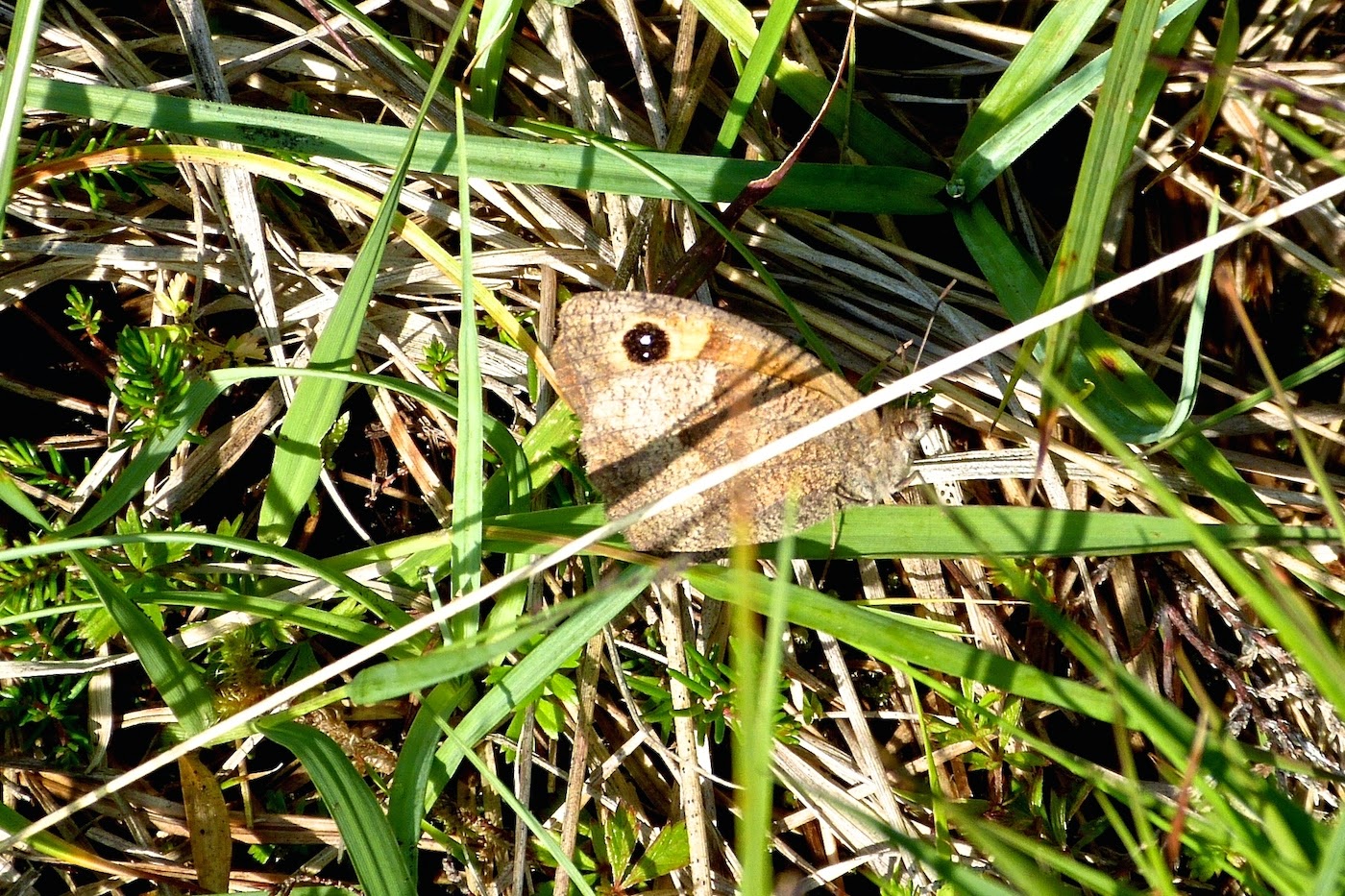 The meadowland at the top of the croft land is a great place for butterflies.  These pictures were taken during two hour-long wanders across the grasslands on consecutive days, and are only a record of the butterflies which were kind enough to sit still long enough for the camera to record them.  This is the most common butterfly at this time of year, the small heath, easily recognisable because he keeps his wings firmly together and allows himself to be blown over by the slightest breeze. 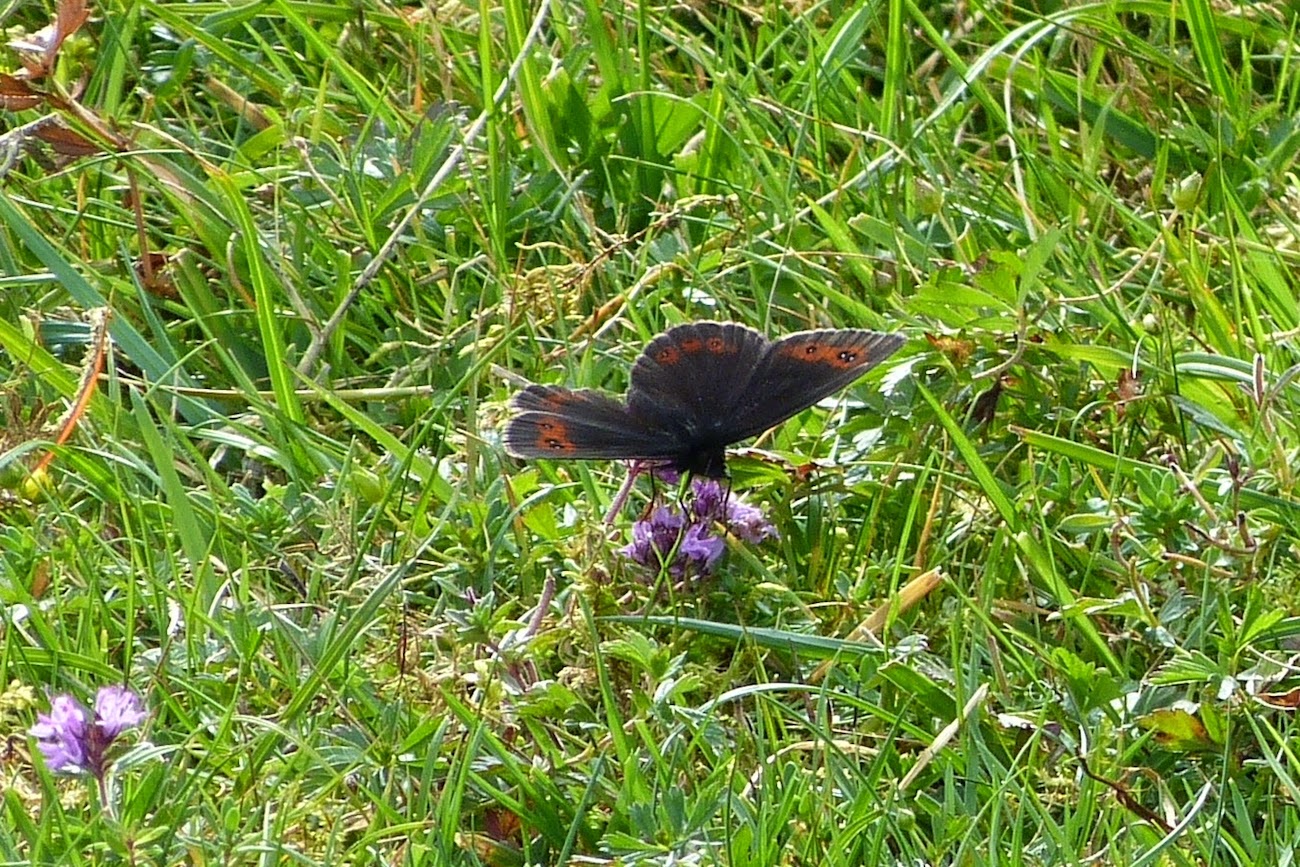 Only one scotch argus appeared, and he seemed to prefer the close-cropped grass just above the common grazings fence, so this was taken through the wire.  He seemed to be feeding mostly, but not exclusively, on the flowers of the cross-leaved heath. 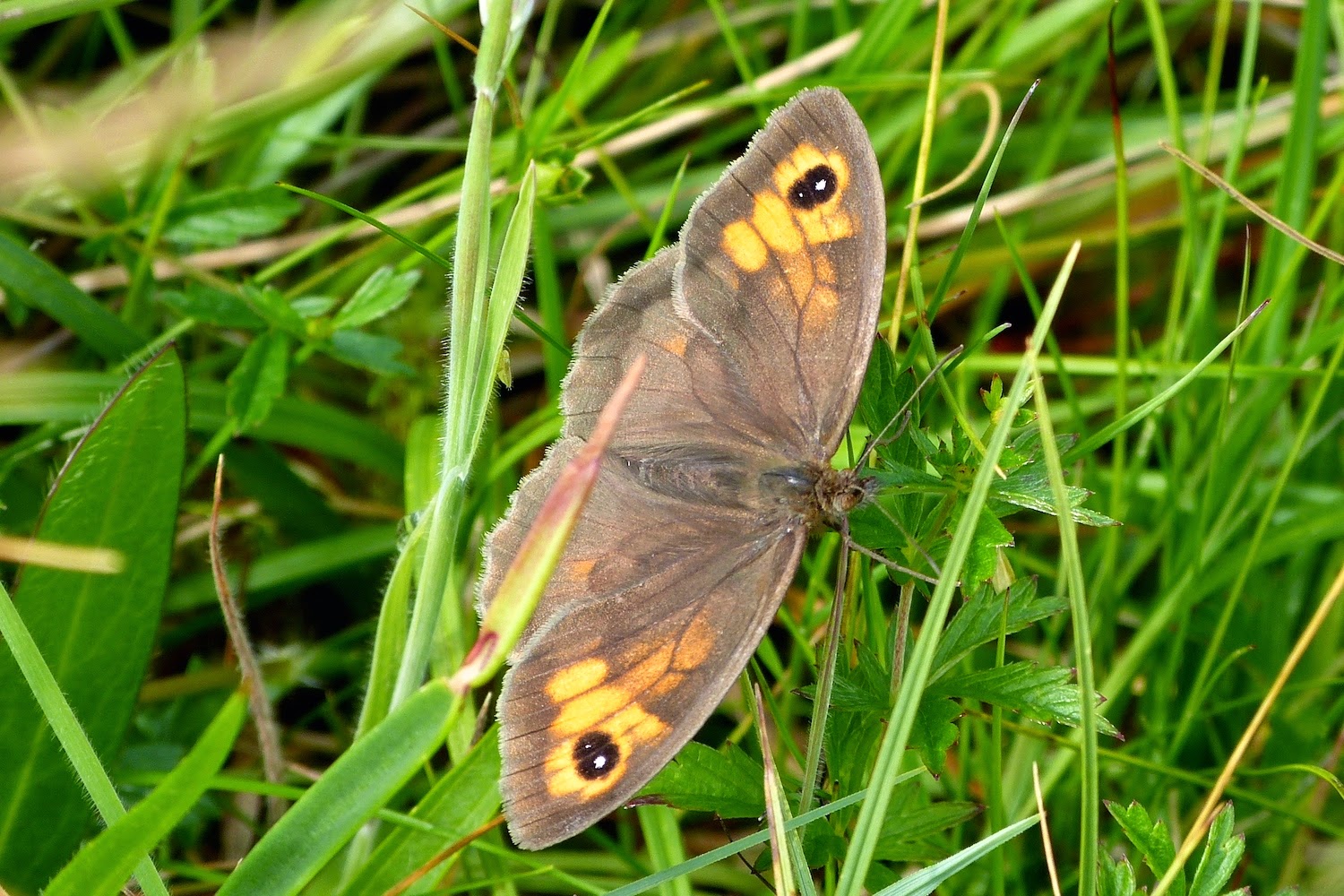 This meadow brown was very obliging, sitting very still in the warm sunshine while his pictures were taken, while.... 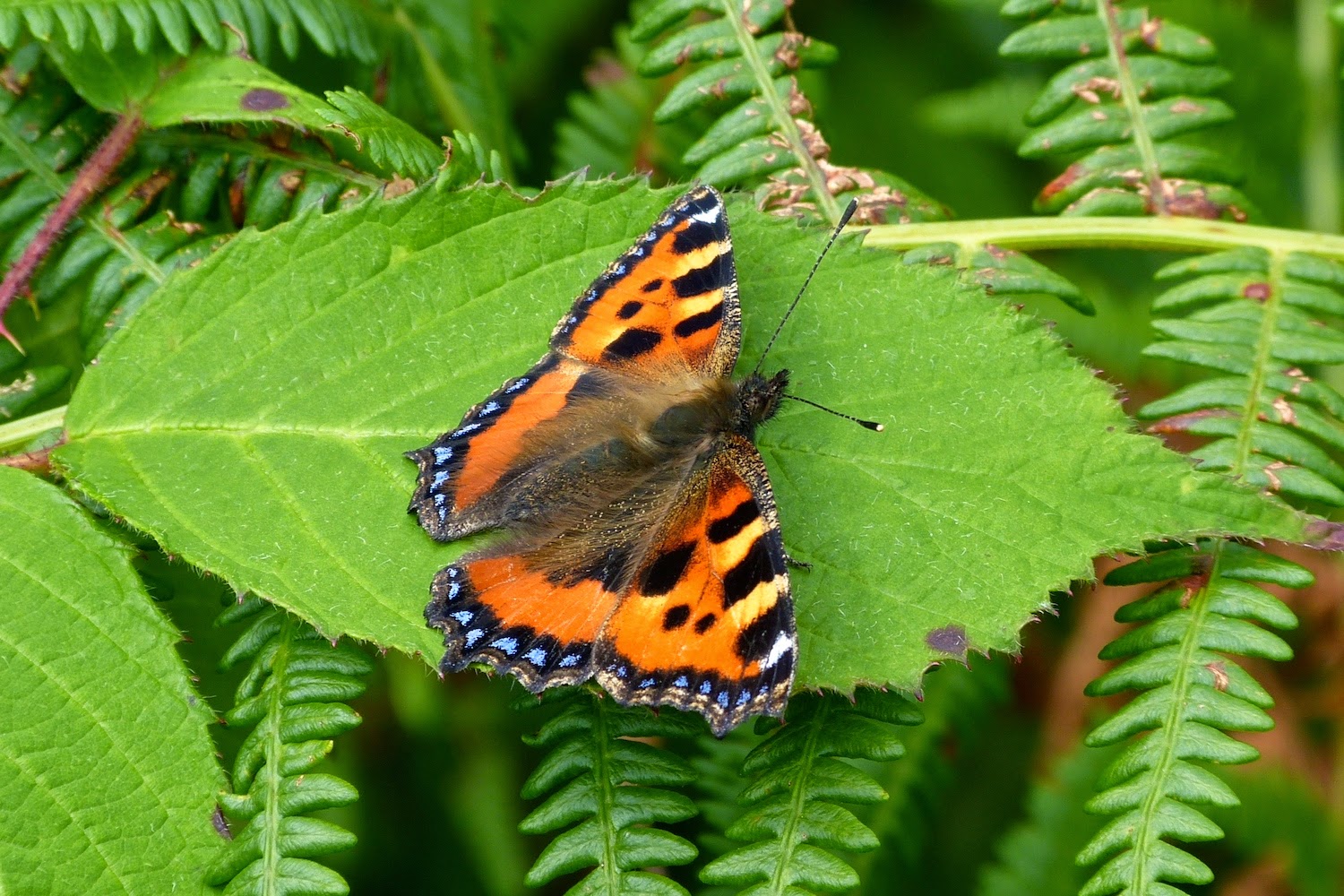 ....it was good to see a small tortoiseshell up at the back of the crofts as there are plenty of buddleia near the houses which are just coming into flower.  He looked very shiny and new, so perhaps he's the first of this year's new brood rather than a left-over from last year. 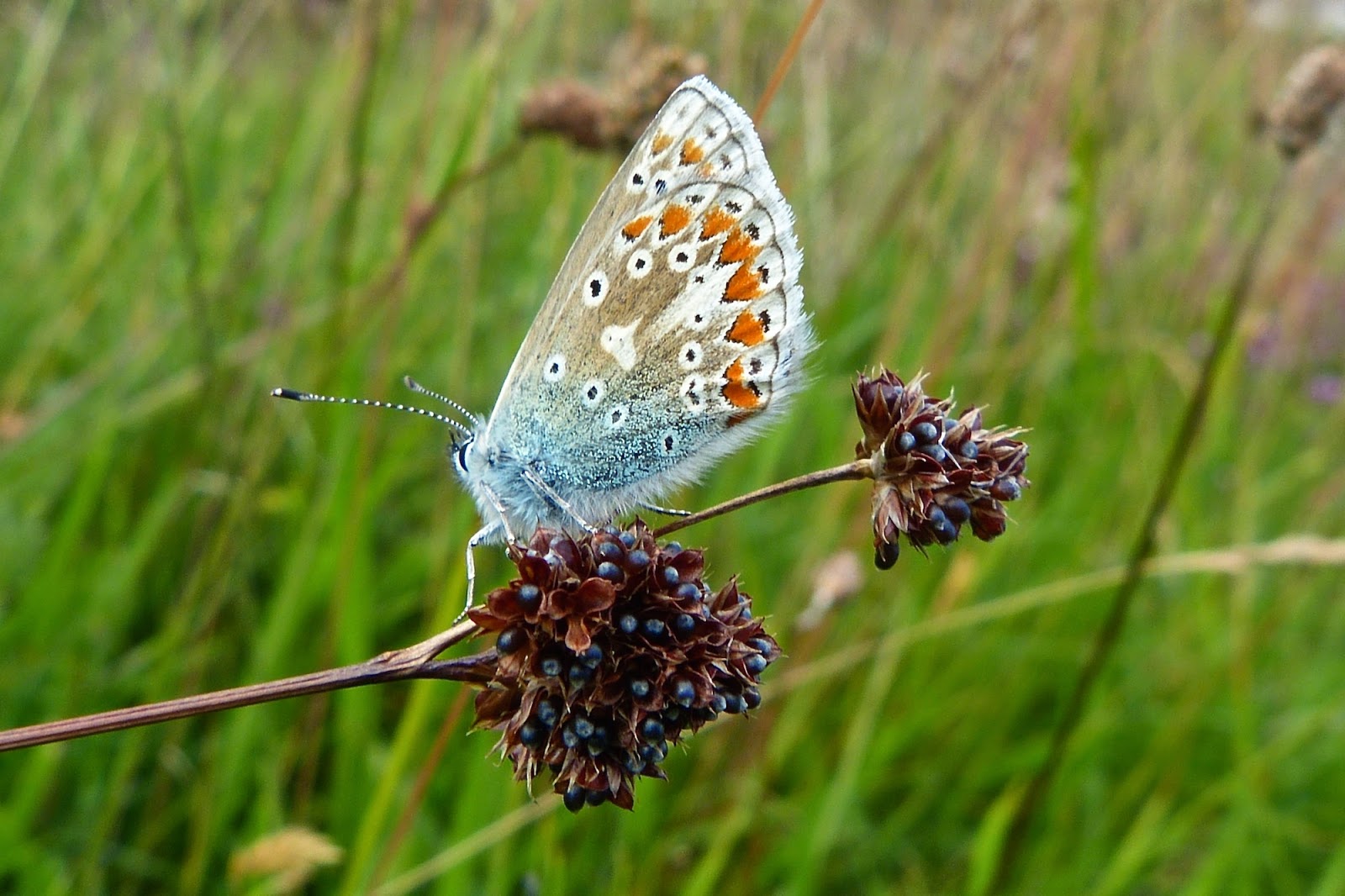 The common blue is a small butterfly and, if he stays still, often quite difficult to spot.  Up close, the glorious patterning on the lower side of his wings is visible.

There were at least two other species which weren't recorded, so there's a fair range of butterflies, but there are worryingly few of them, with the exception of the small heath.  The weather was fine and warm both days, so it wasn't that which kept their numbers down.
Posted by Jon at 11:08