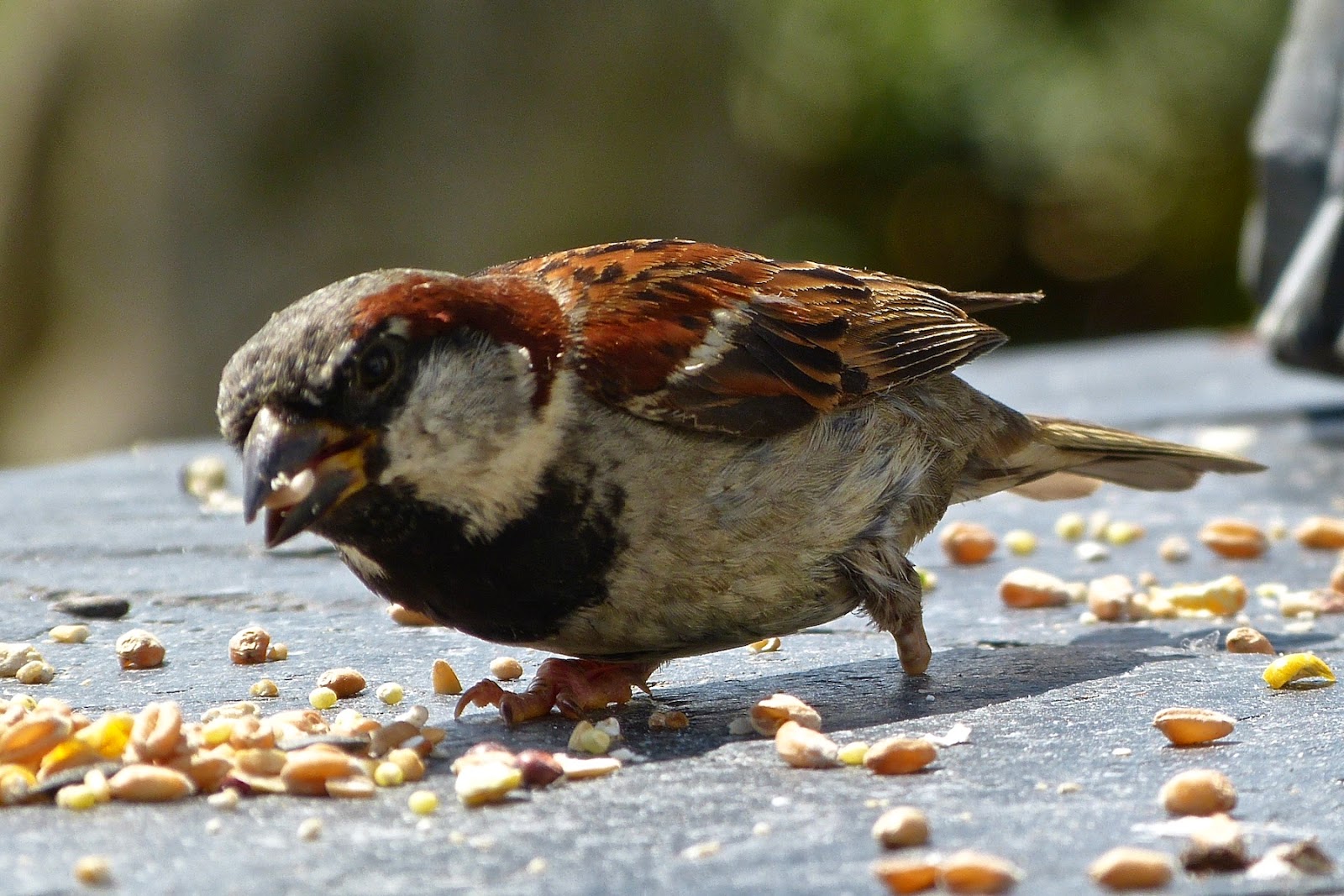 House sparrows went through a torrid time a year or so ago when, having been common as muck, their numbers suddenly crashed.  They're back in far better shape, and one reason for their resilience is demonstrated by this one-legged cock sparrow who has been mentioned on the Diary before. To survive the milling mob of small birds he's aggressive, seeing off anyone who threatens the seed he's eating; and he's cheeky, seen here eating food from the top of a wall which was within arm's length of where we were sitting. 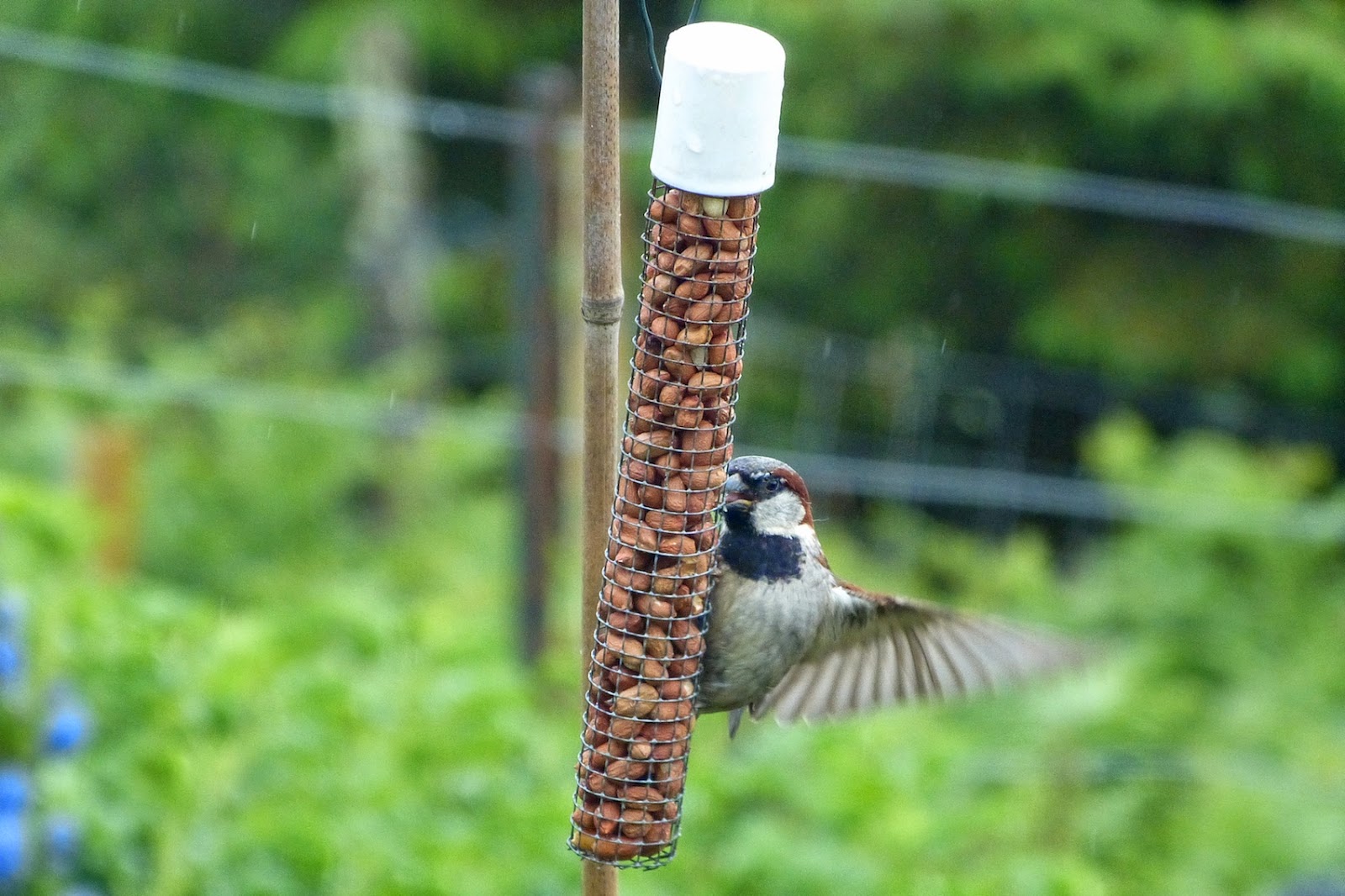 He's also game to take on challenges which most two-legged sparrows would balk at, like eating from the peanut feeders, particularly those designed to favour acrobats like blue tits and siskins.  It's hard work for him as he can't get a grip on the wire mesh, so he has to flap madly to stay attached. 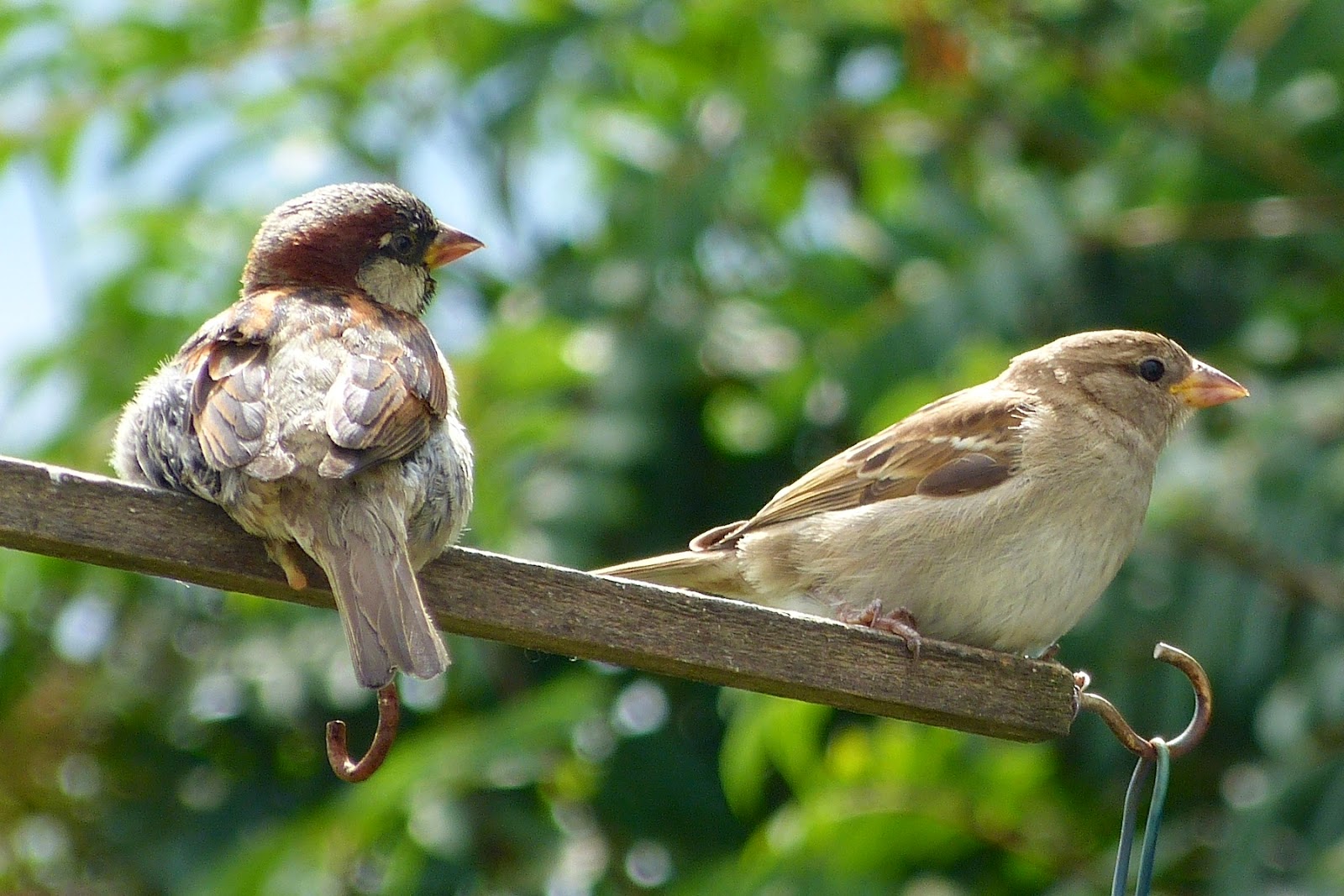 He may have a handicap but that doesn't prevent him enjoying a normal family life.  This is him with his wife, and we think they have babies somewhere nearby as, once he's had a good feed, he always departs in the same direction. 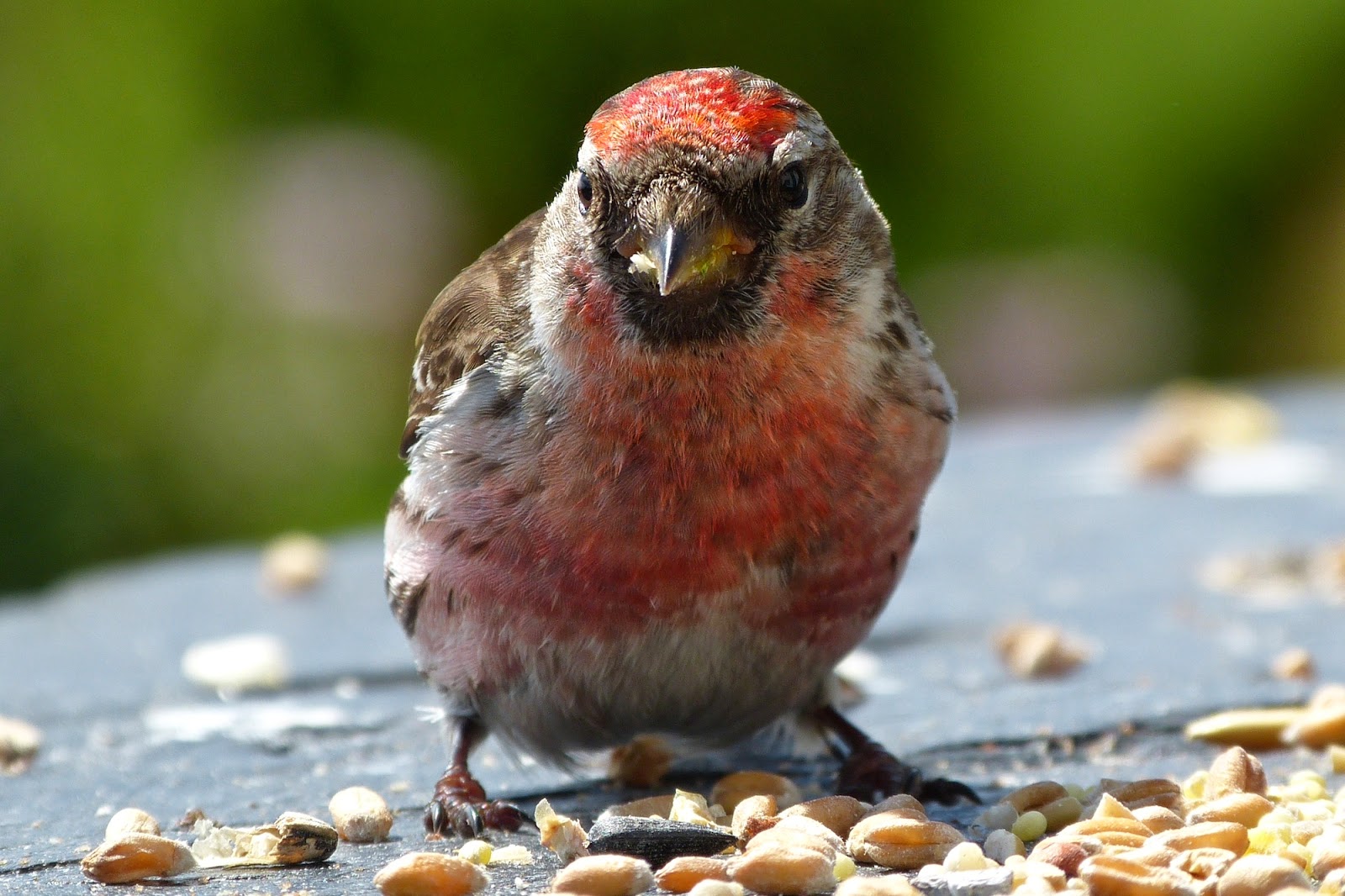 Before this year we hardly ever saw a redpoll.  Now we have these tiny birds constantly at the grain.  This magnificently coloured male is, like the peg-legged cock sparrow, quite happy to approach within feet of us to enjoy a meal.... 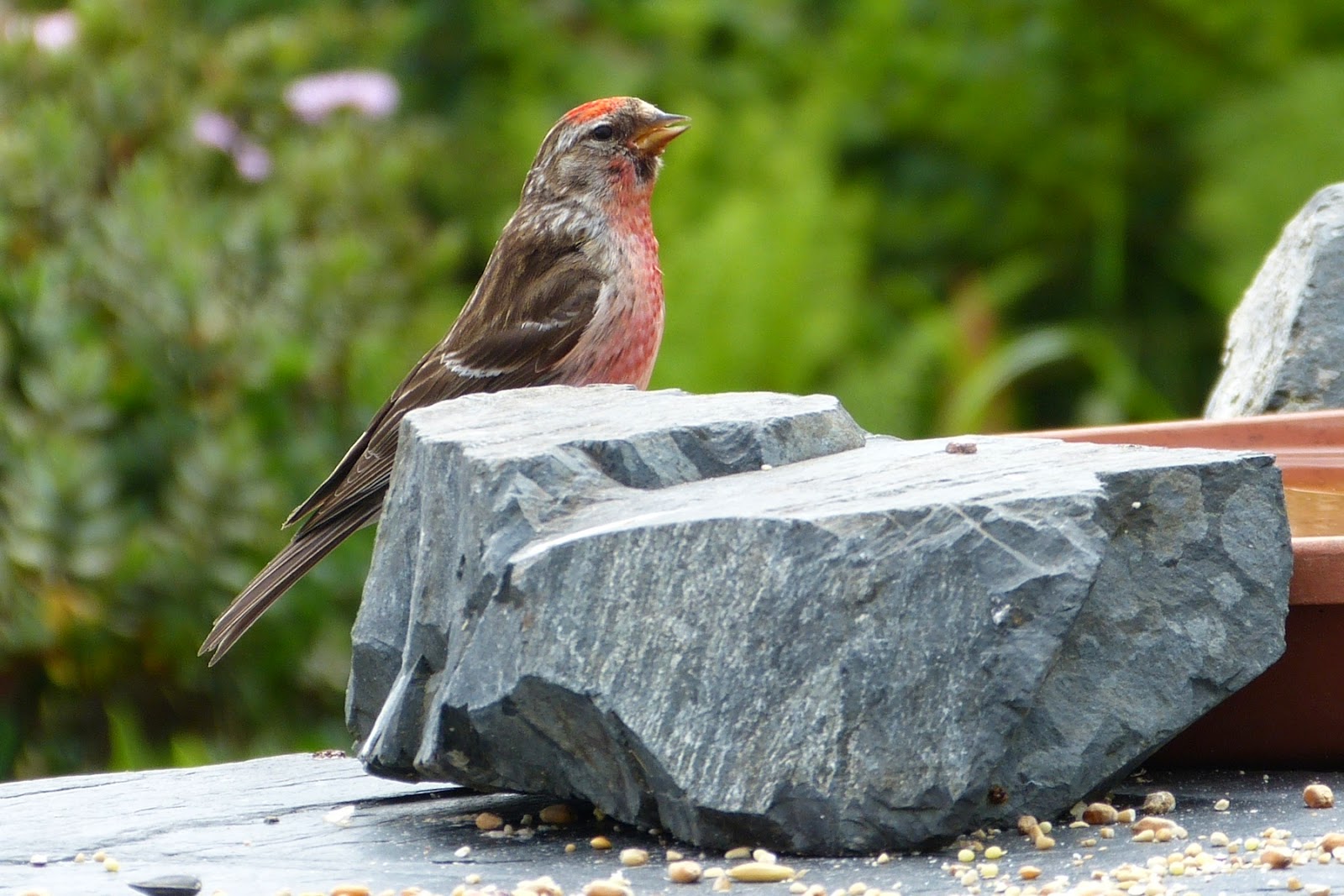 ....and his posture in this picture shows how sure he is of himself.  The garden is definitely his patch, and he doesn't take kindly.... 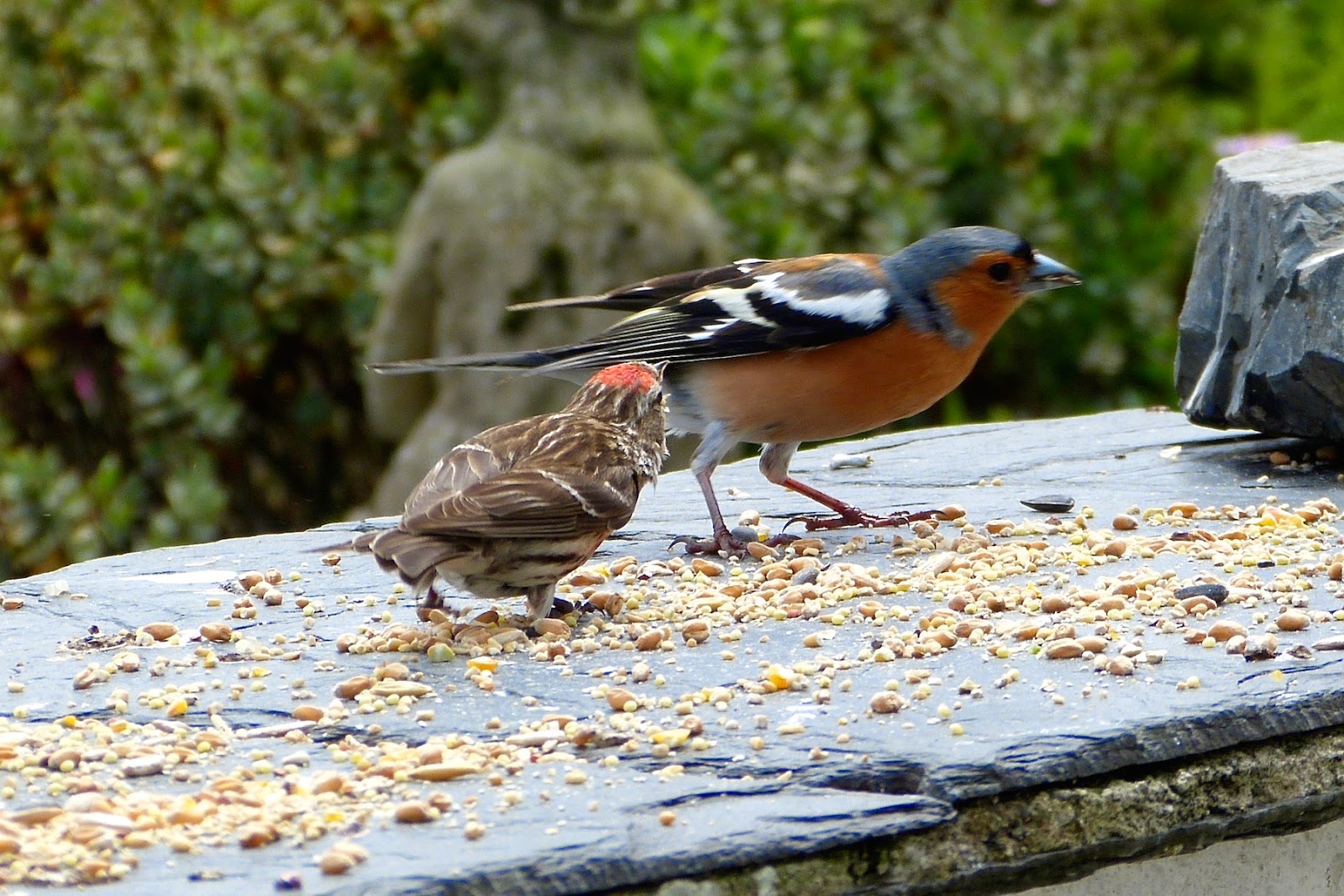 ....to anyone bothering him while he's enjoying a meal. 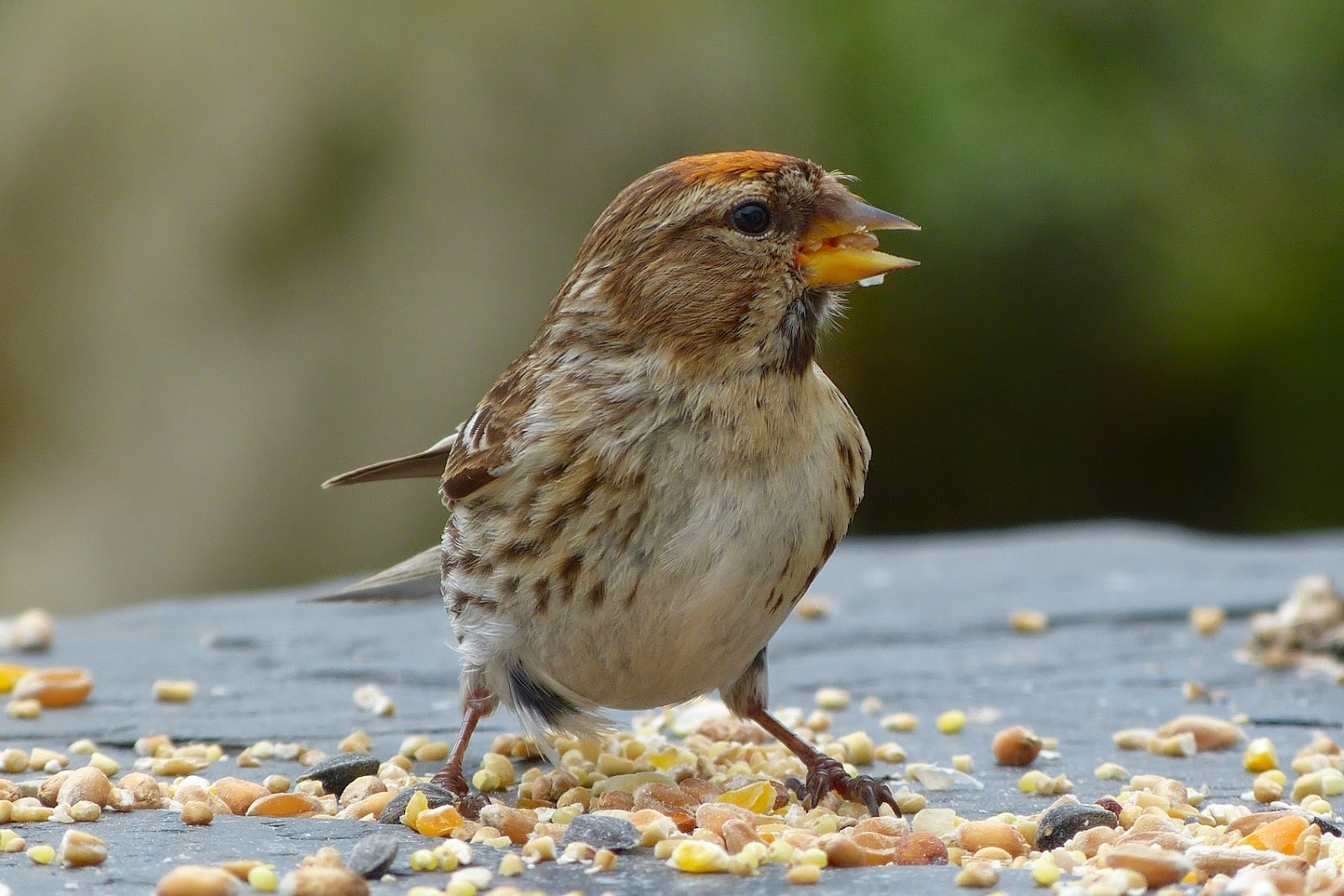 His wife is much more amiable, quite content to muck in with the other birds but she, like her husband, has little fear of us.  She's amiable - except towards her redpoll mate, whom she sees off, probably because, while she's feeding, he's supposed to be minding the children.
Posted by Jon at 06:00