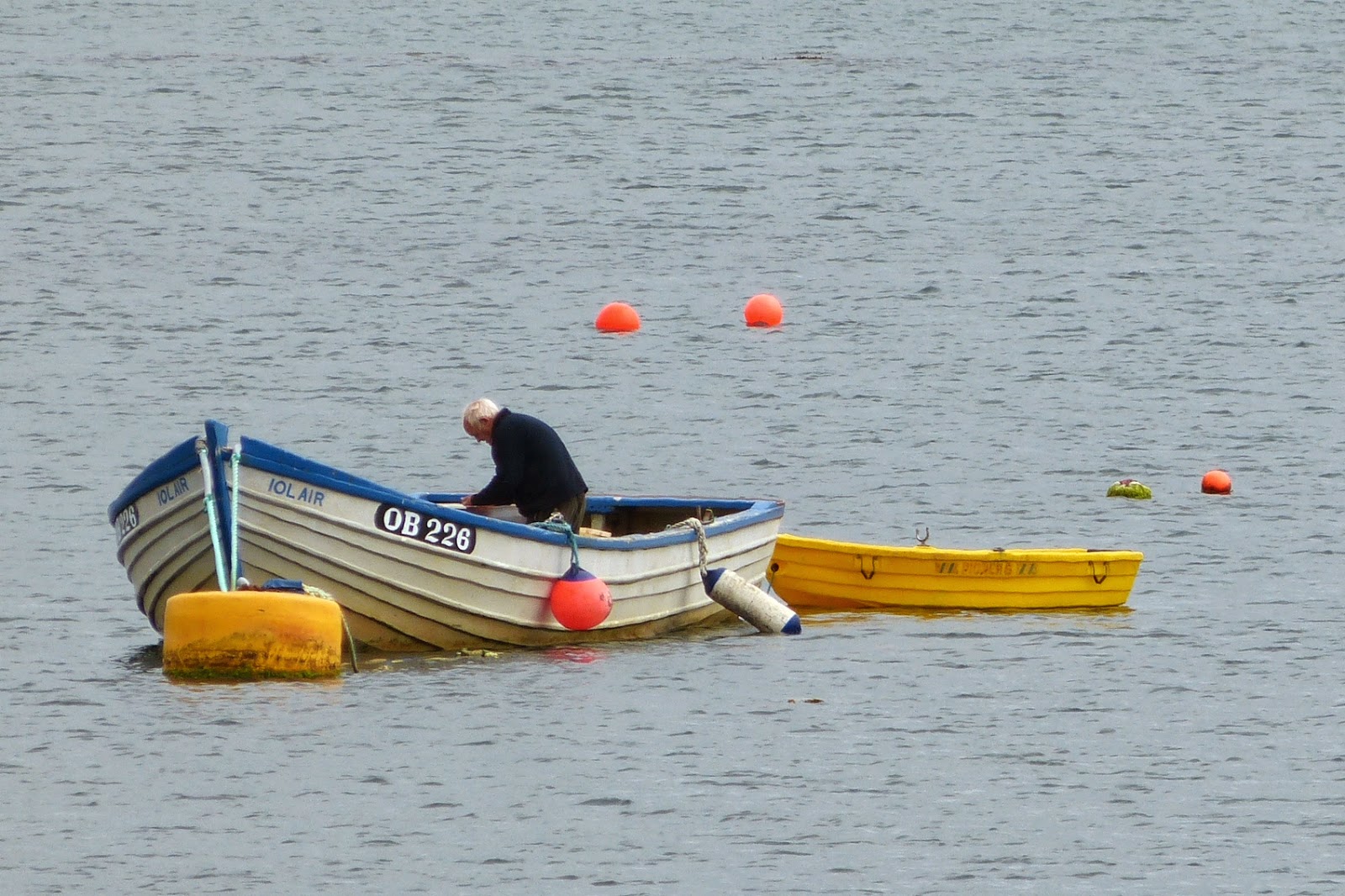 Dochie Cameron, who comes from a longstanding Ockle family but now lives in Kilchoan, is one of the few remaining fishermen who is still catching wild salmon off the coast of western Scotland in the way they've been caught for hundreds of years.  The boat he uses, called a coble, is a traditional design though these days it's powered by an inboard diesel engine.

The picture shows Dochie a week or so back as he was preparing his boat for the upcoming season.  The season's short, and the number of salmon running is few compared to the heady days over fifty years ago when hundreds of salmon were caught in nets strung all around the coasts of Ardnamurchan, and shipped down to London by train. 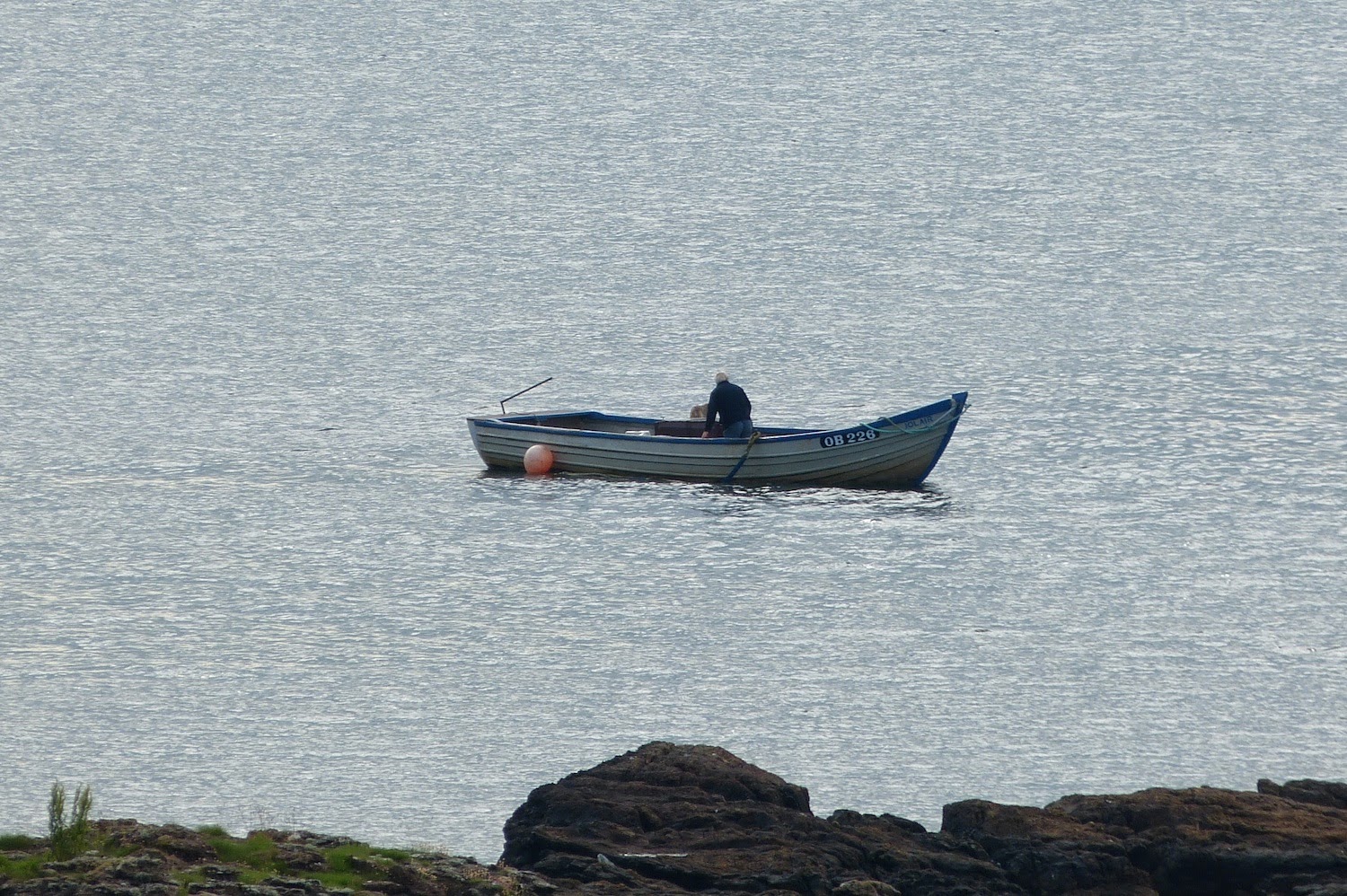 These days, Dochie has just one net.  It runs like a curtain from the rocky shore to a pocket-like trap at the seaward end.  When a salmon swimming along the shore meets the net it turns seaward and becomes caught in the trap, which is lifted when the fisherman next visits the net. 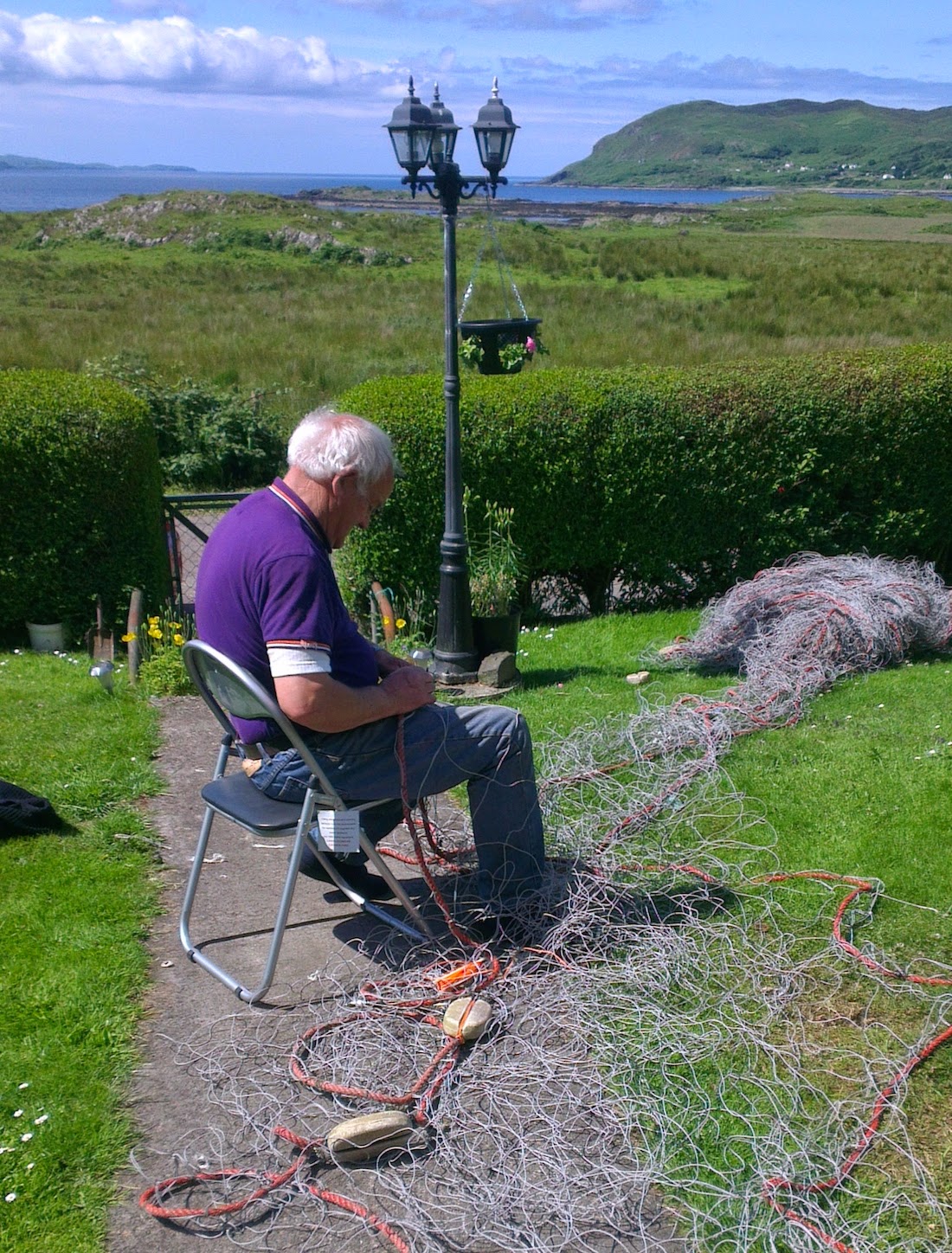 Dochie goes out twice a day throughout the season so the salmon aren't held in the trap for too long.  Frequent visits are also a good idea as, given the chance, the local seals are only to pleased to pillage the nets.  Dochie is seen here sitting in his front garden in the sun doing what all good fishermen do - mend his nets. 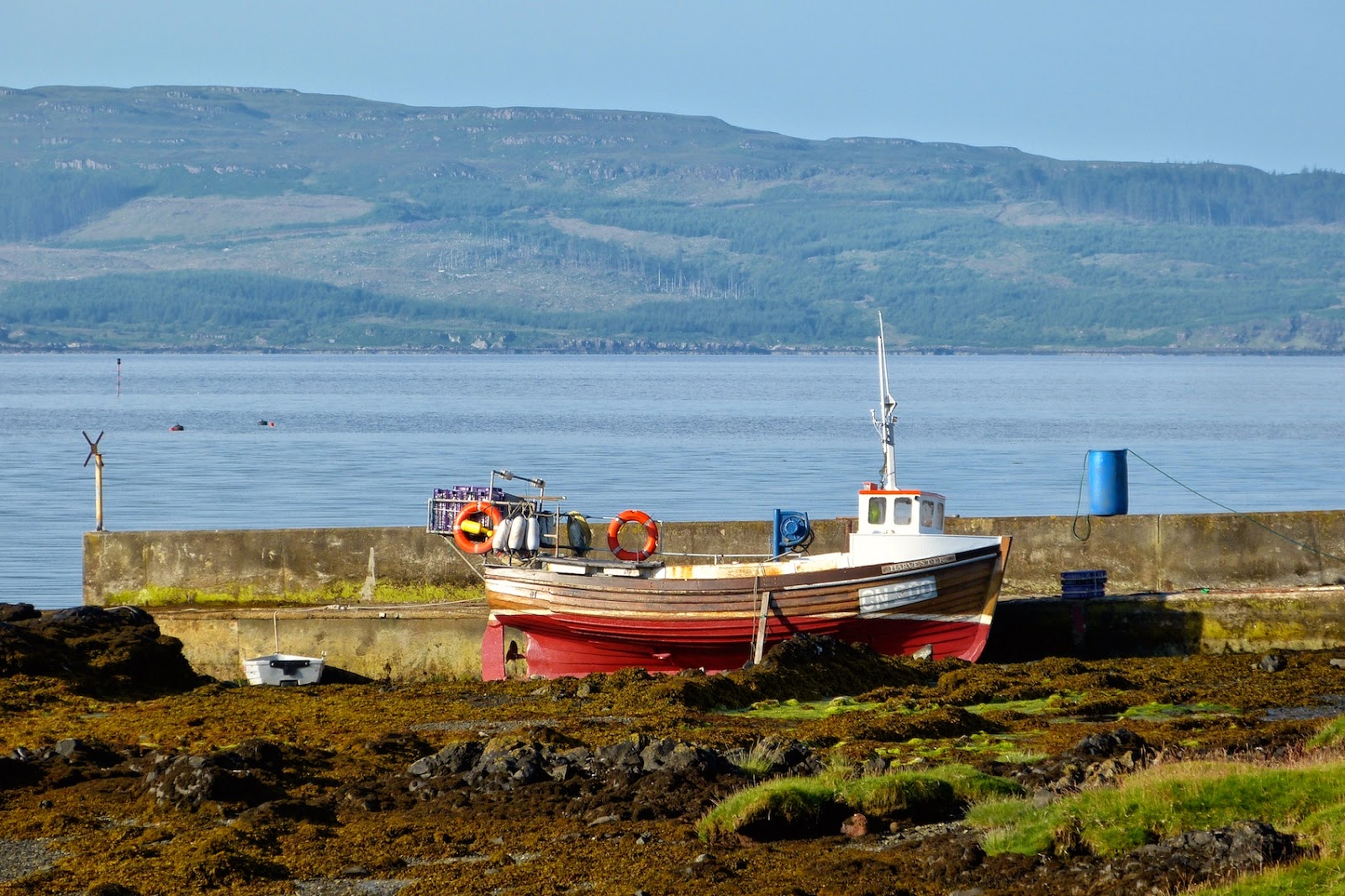 The work is hard and, through the season, time consuming.  This season, though, his son Justin, who works the Kilchoan creel boat Harvester (seen here on the slipway for repairs), is helping him, so Dochie's skills will be handed down through the family.


Many thanks to Sue Cameron for the third picture.
Posted by Jon at 07:00