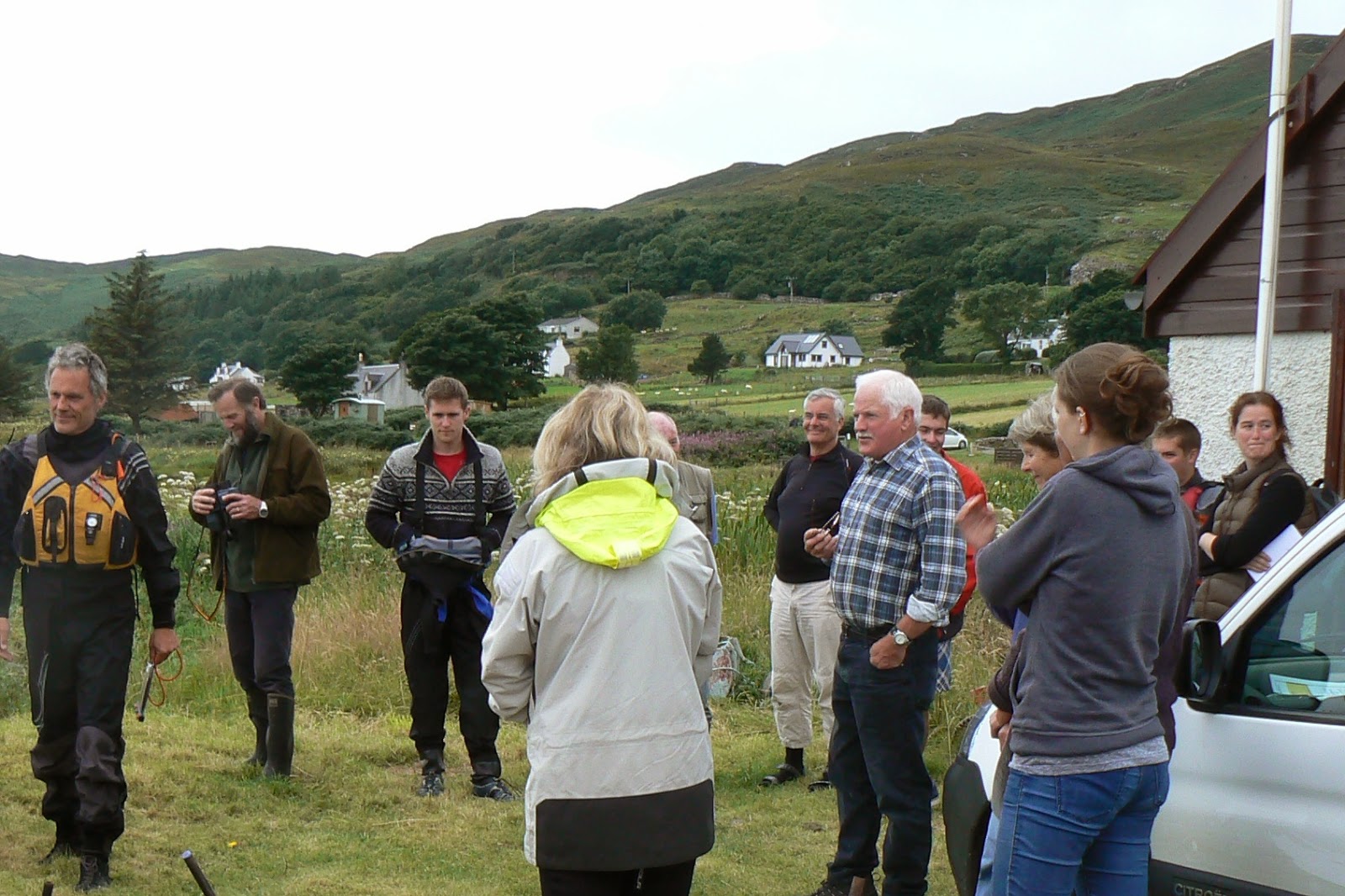 The first day of Regatta is dominated by two sailing races, one at 11am and one at 2pm, the former being something of a practice for the second race.  As always, the crews were briefed by Alasdair MacColl before.... 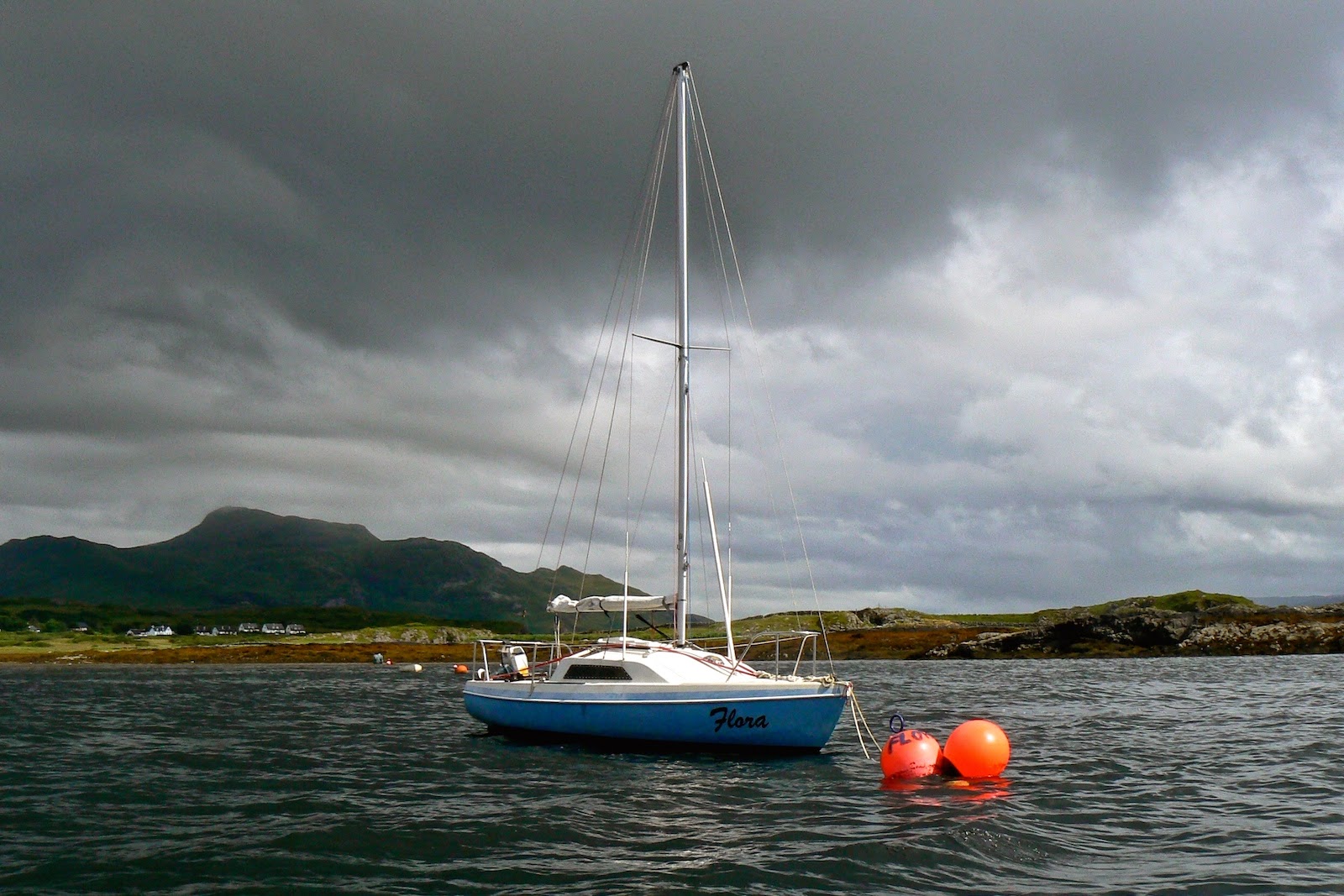 ....going out to their boats.  This is Paul White's Flora, in which the Diary has the privilege of sailing as crew each year. 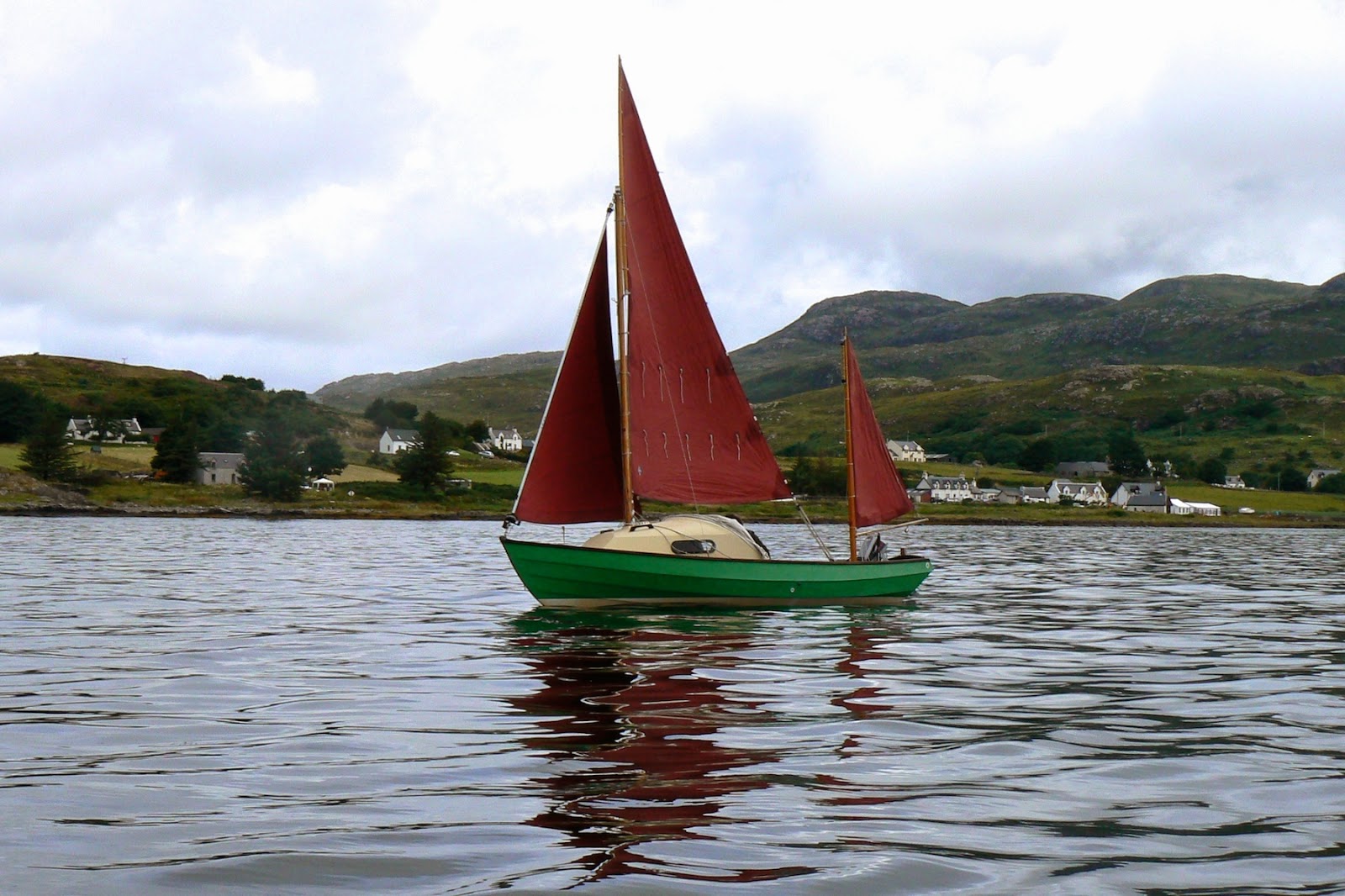 The first race was bedevilled from the start by light winds and, for long periods, almost complete calm - such a contrast to last year when conditions were.... brisk.  After the race had being going for over an hour, the organisers decided to merge the two races, so the morning's practice suddenly became the real thing - not that this made any difference to the wind. 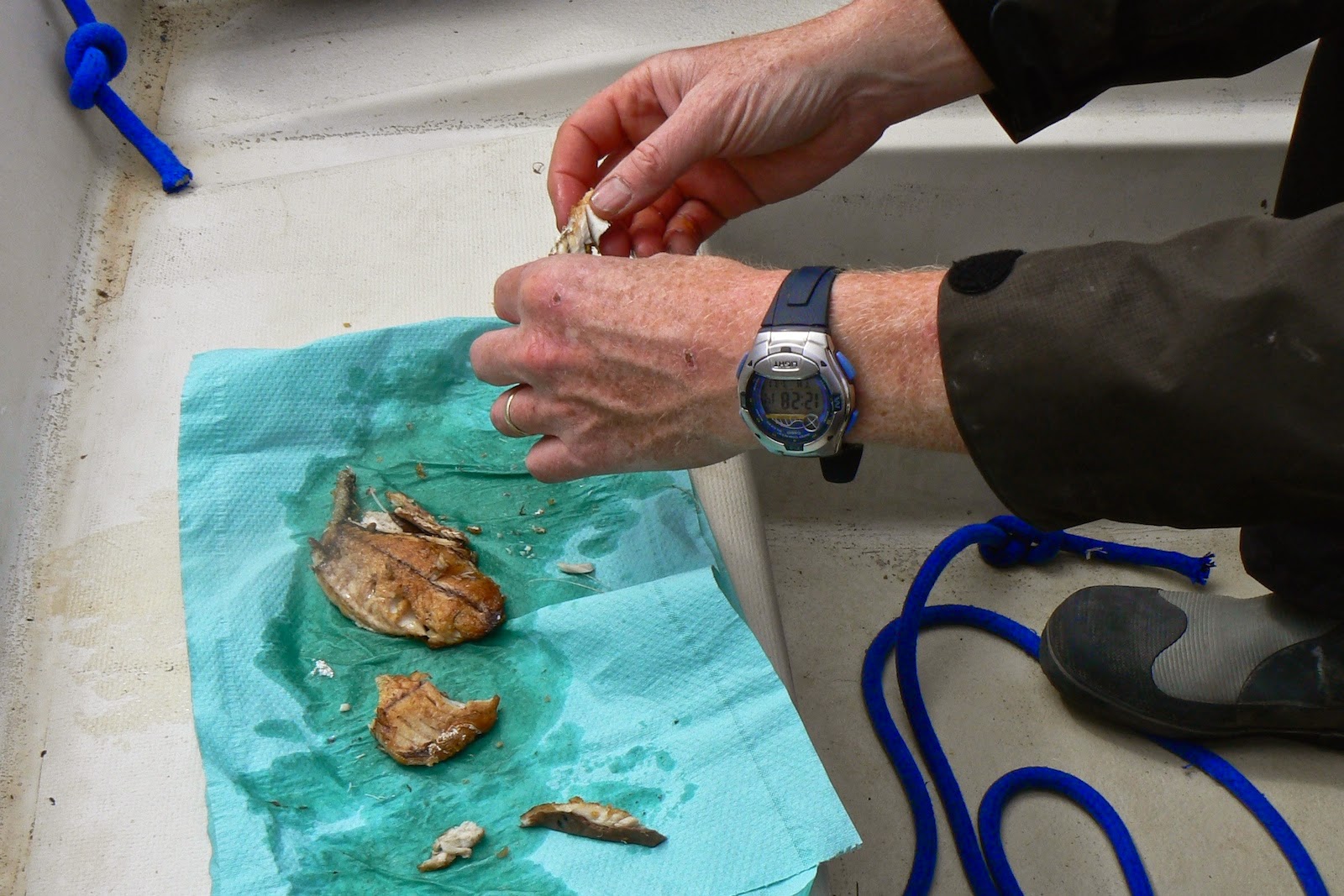 Lunch was served at about one, when Bert Cameron and Alasdair MacLachlan in the second of the rescue boats came alongside and served freshly caught mackerel cooked in olive oil - delicious. 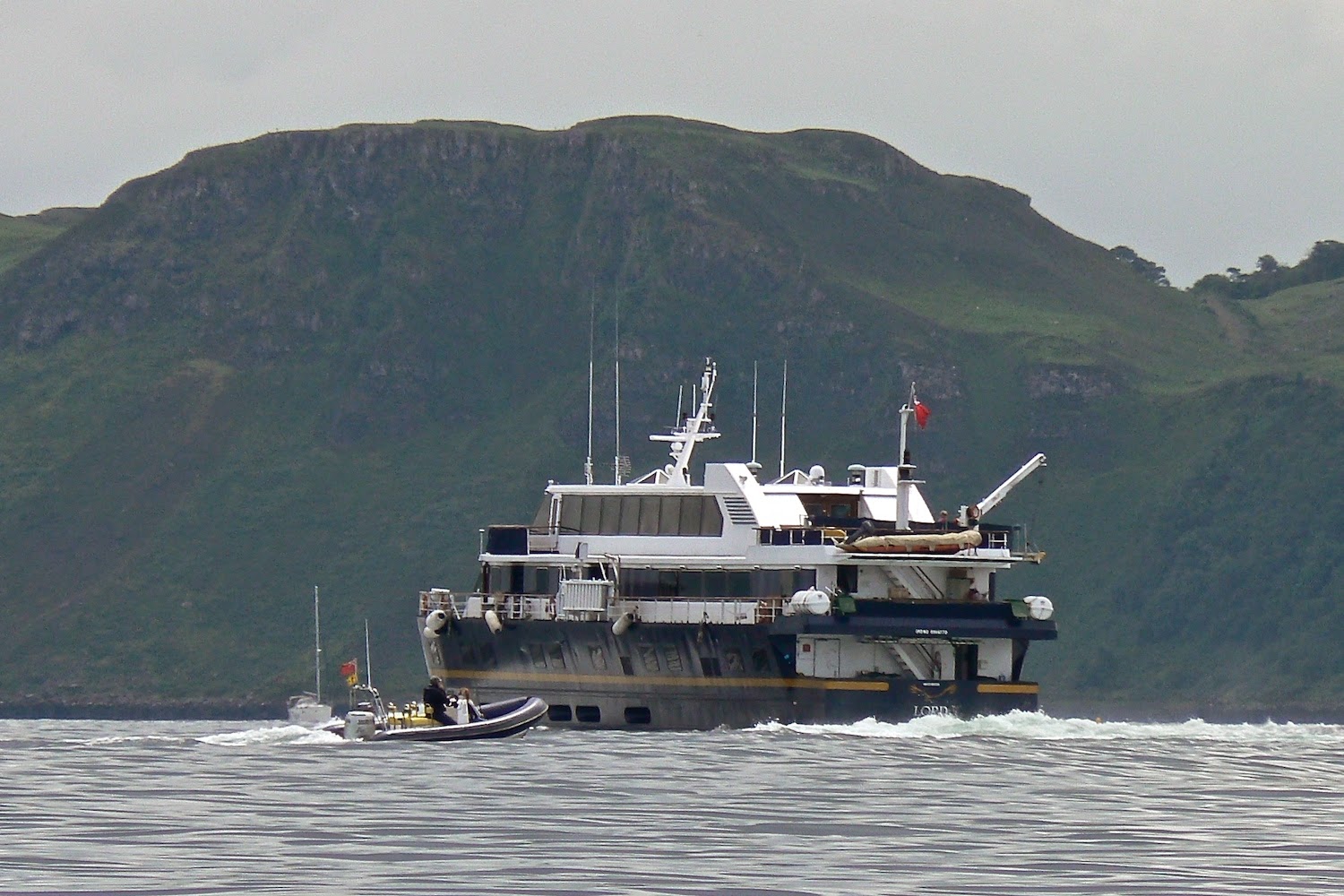 By this time the boats had drifted, rather than sailed, into the middle of the Sound of Mull, on what was an unusually busy day in the shipping lane.  This is the small cruise ship Lord of the Glens passing the other safety boat piloted by Chris Gane. 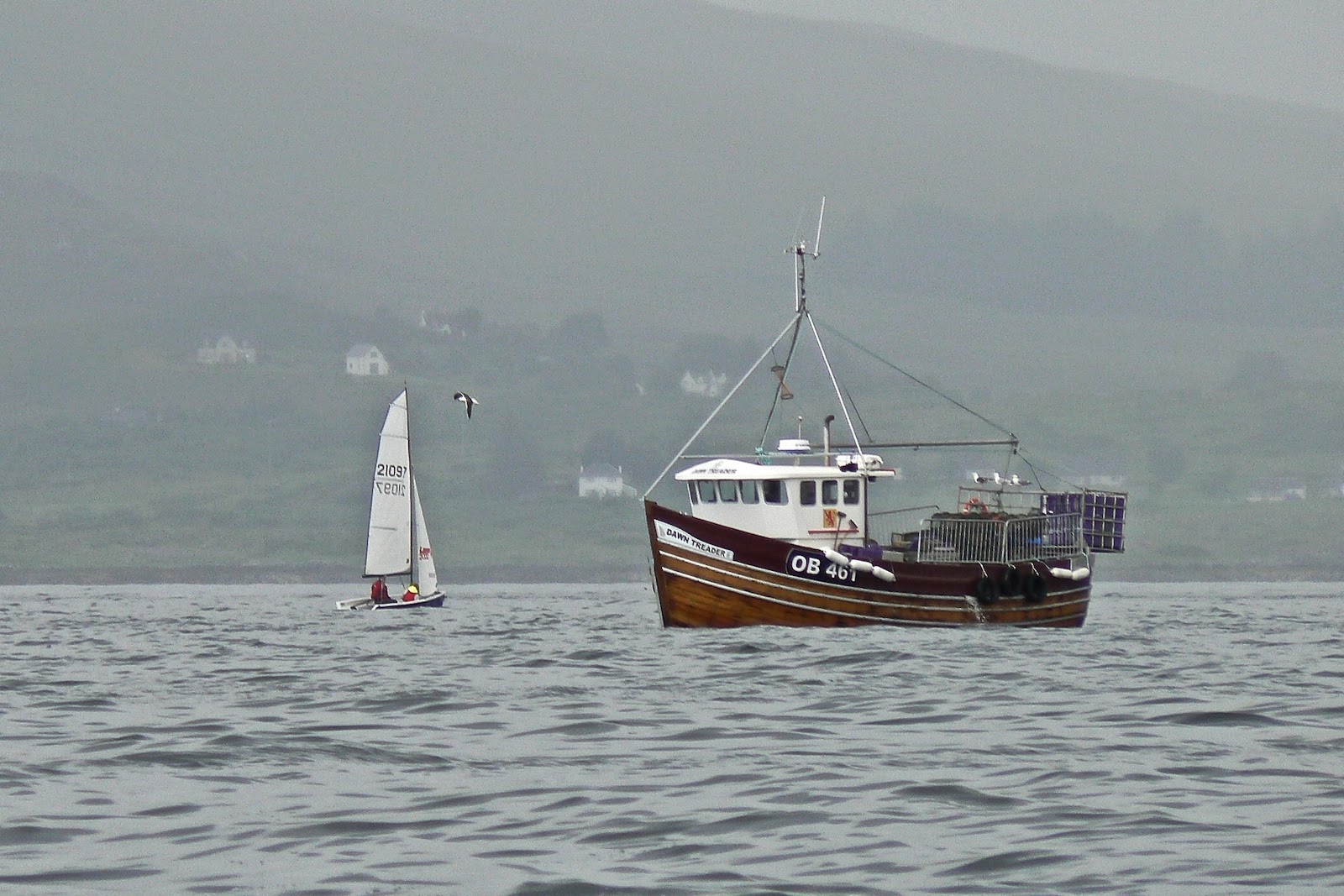 By the time we had rounded the buoy on the opposite side of the Sound, it had come on to rain, but the wind then picked up and we had a fast run home to make up for the morning's slow sailing.

Many thanks to the Regatta Committee for the usual impeccable organisation, special thanks to the crews of the rescue boats, and well done to all those who took part.
Posted by Jon at 18:04