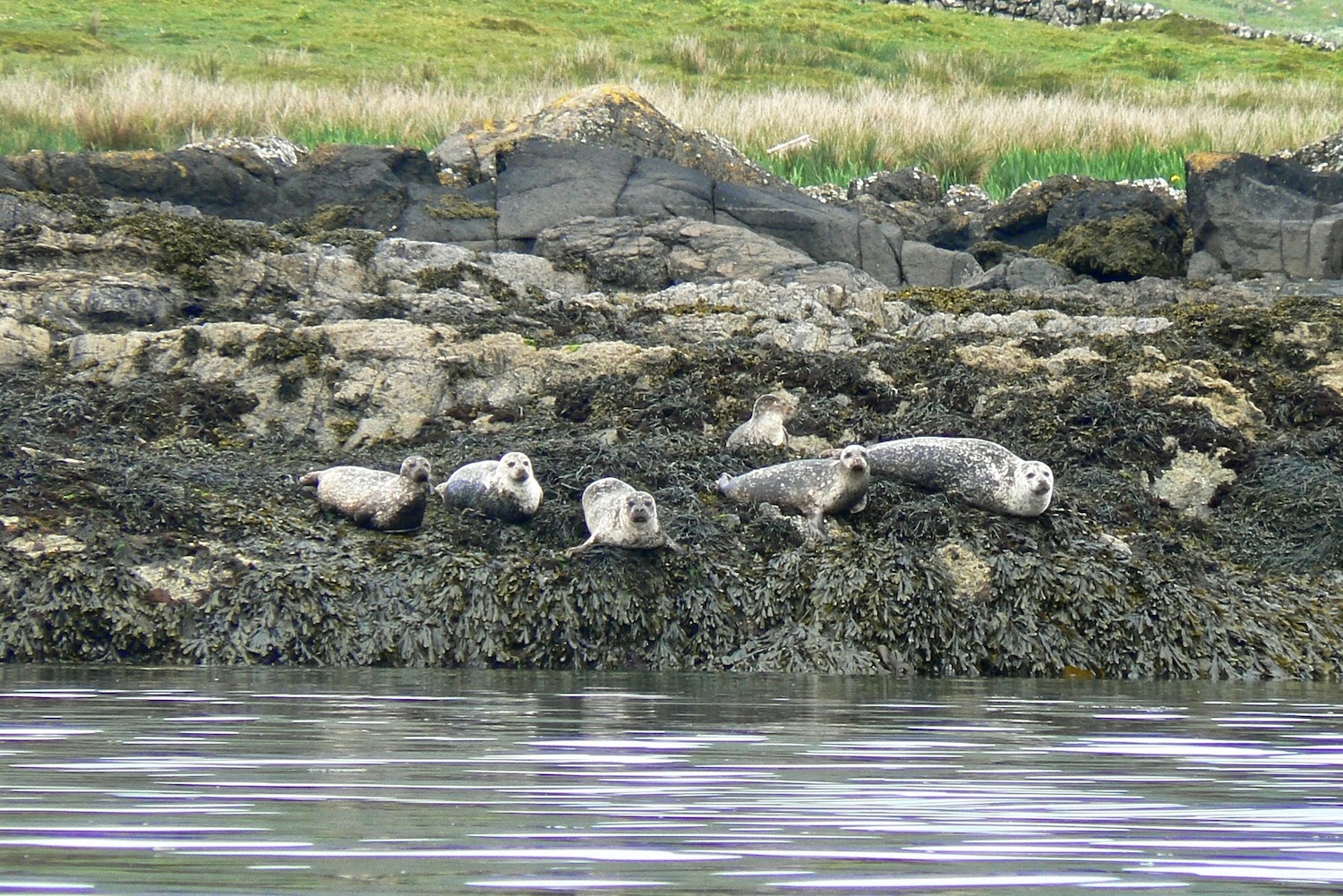 The grey seals who spend much of their lives loafing around on the seaweed-covered rocks at the entrance to Port na Luing, to the west of Kilchoan's Cal-Mac ferry terminal, will tolerate the approach of humans in kayaks until they're within about 100 metres, when they start to become uneasy.  The ones in this picture slid into the water, leaving.... 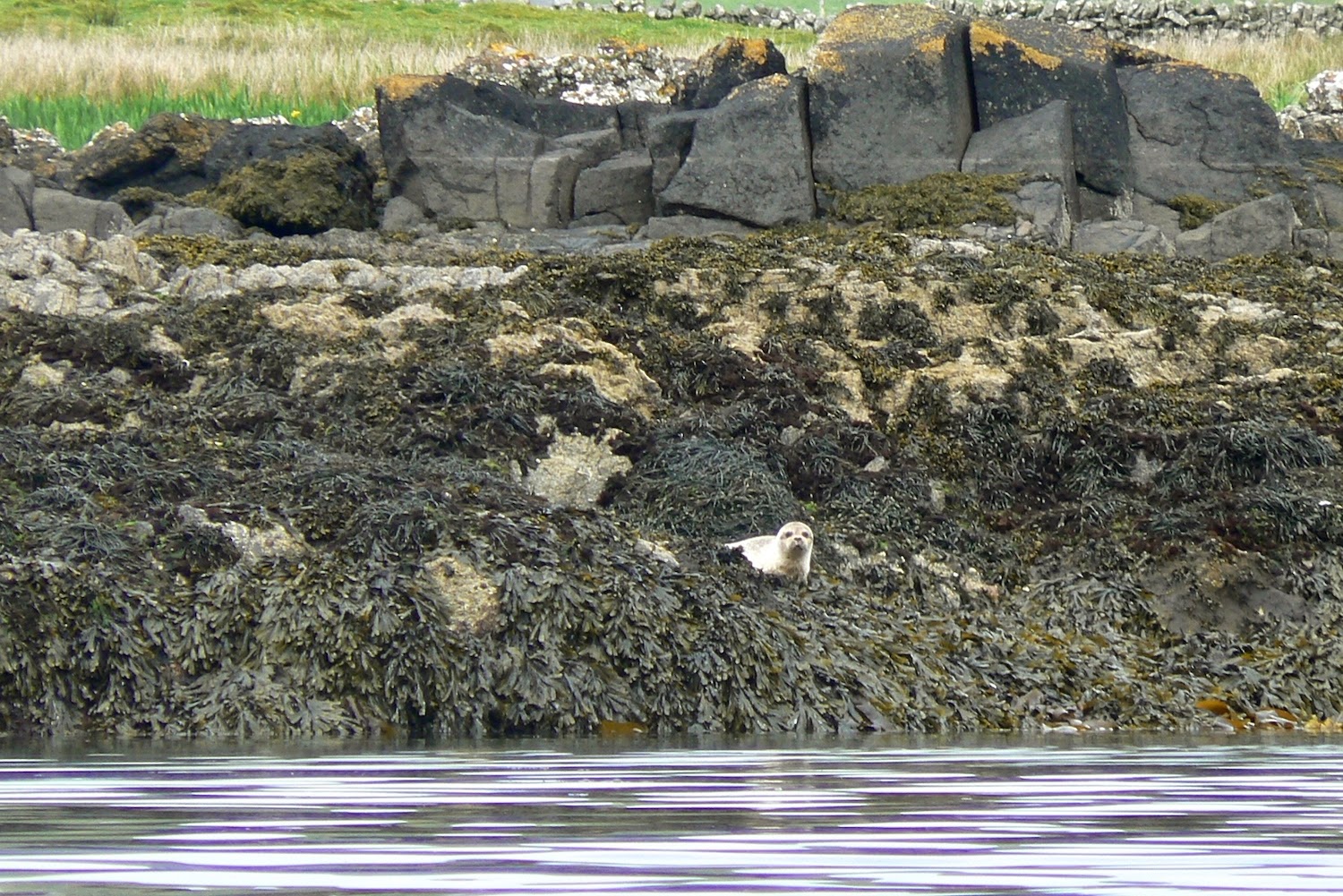 ....this little chap behind.  Perhaps he thought he couldn't be seen until, as we came closer, he realised that he'd have to move towards us to reach the safety of the water.  In the end, he took the plunge. 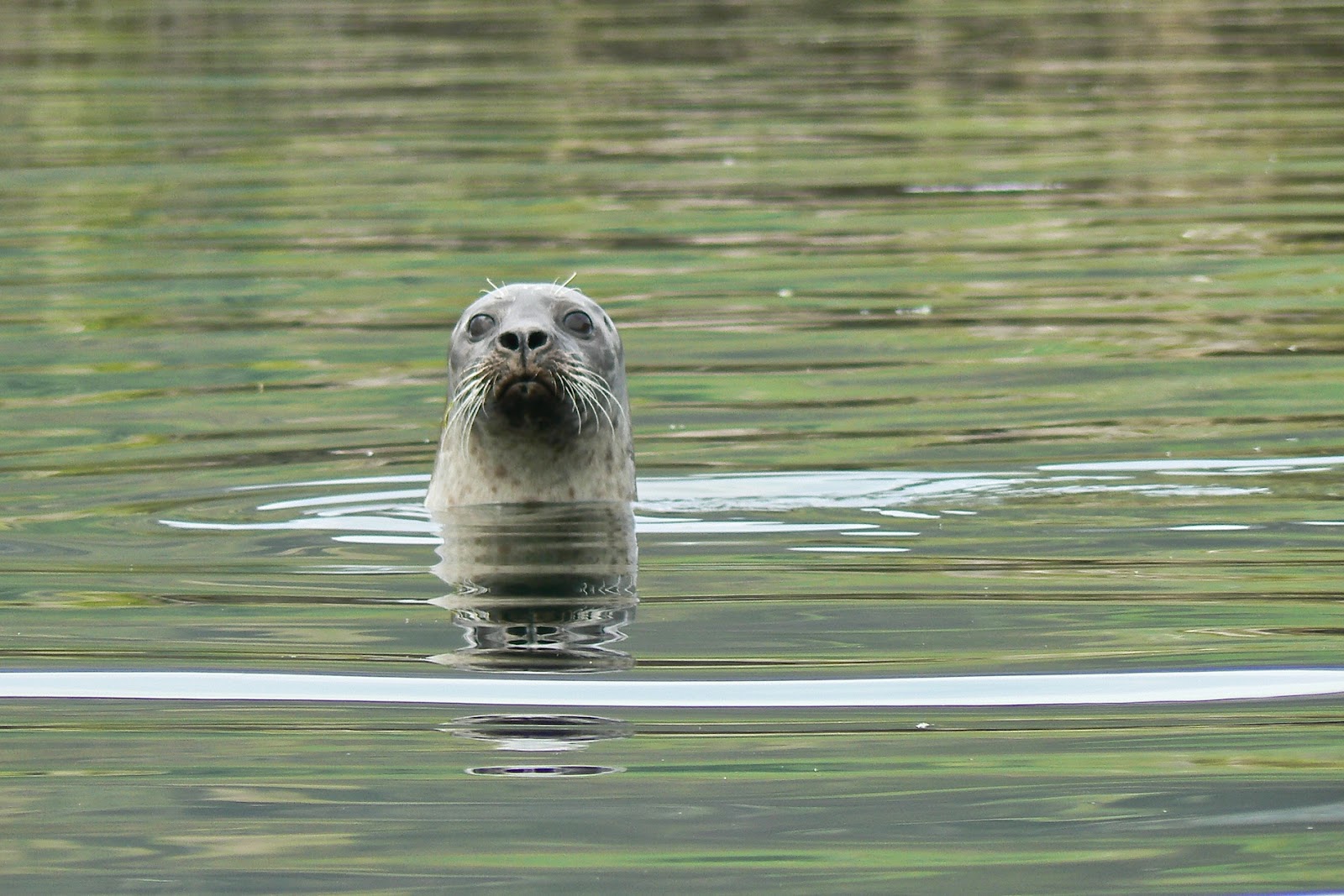 One by one, the seals started to bob up again.  They're inquisitive creatures and can't resist having a look, though sometimes they come up so close they give themselves a nasty fright. 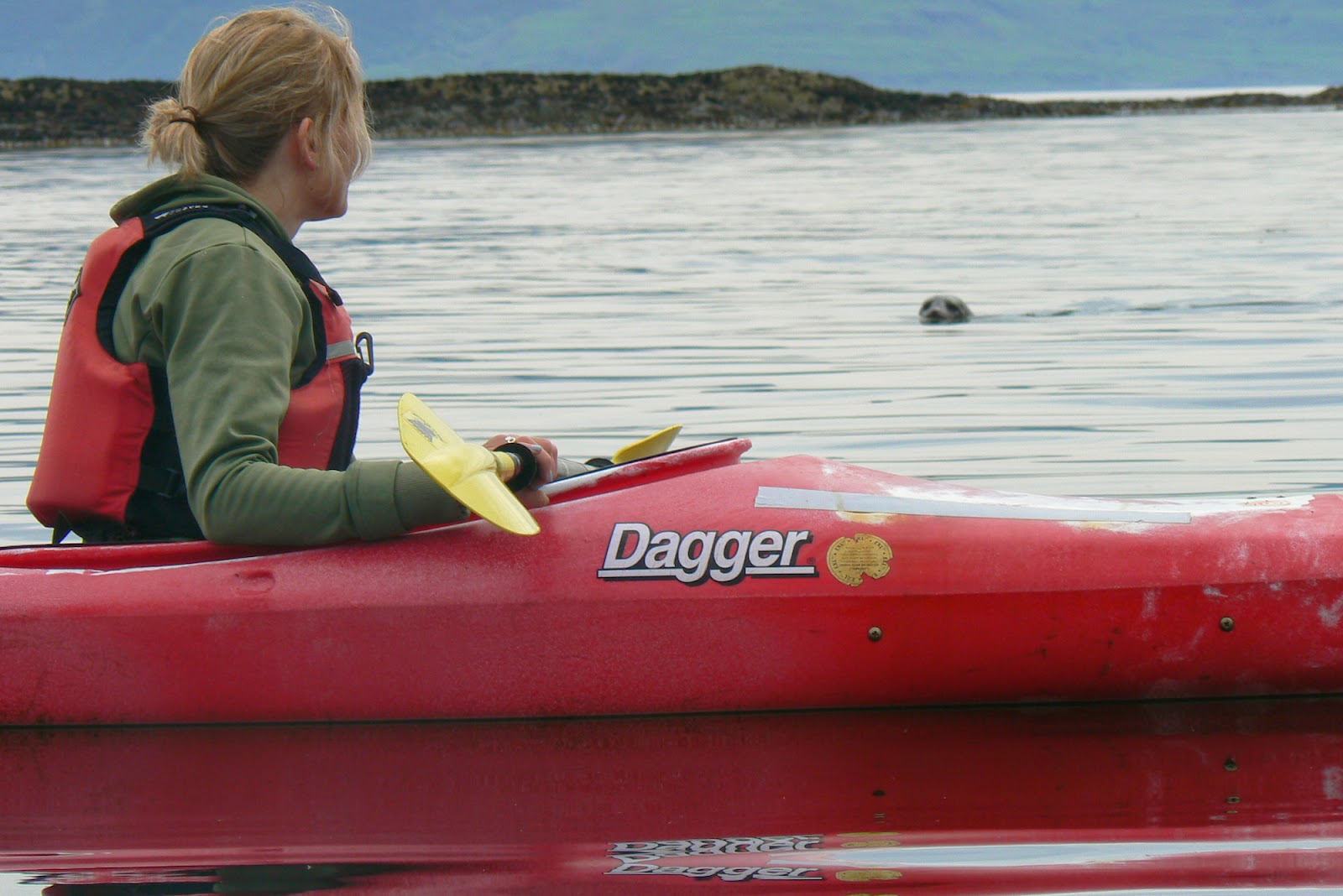 For safety reasons, we bought fairly brightly-coloured kayaks, and at times we wish we'd opted for something a little better camouflaged but, with patience, and by staying very still, the seals will come close - until they get bored and go off fishing.
Posted by Jon at 06:00