The Pram Race has a new logo this year, once again from the studio of Stephen French. We asked Stephen to explain the inspiration behind the art:

"The image of the two girls, one pushing the other in an old-fashioned pram, was one of the first on Google 'Pram Race', and just so happens to be of a Kilchoan pram race from years ago, taken outside Ferry Stores.
I flipped the image left to right and put in Beinn na Seilg in the background, placing the girls on part of the actual race route. To 'cartoonise' the image, I used characters from Bud Neill's 'Lobey Dosser' cartoon from the fifties, namely sisters Rooms and Nokia Boot. Finally, the typeface is from a vintage board game called 'Touring Scotland'." 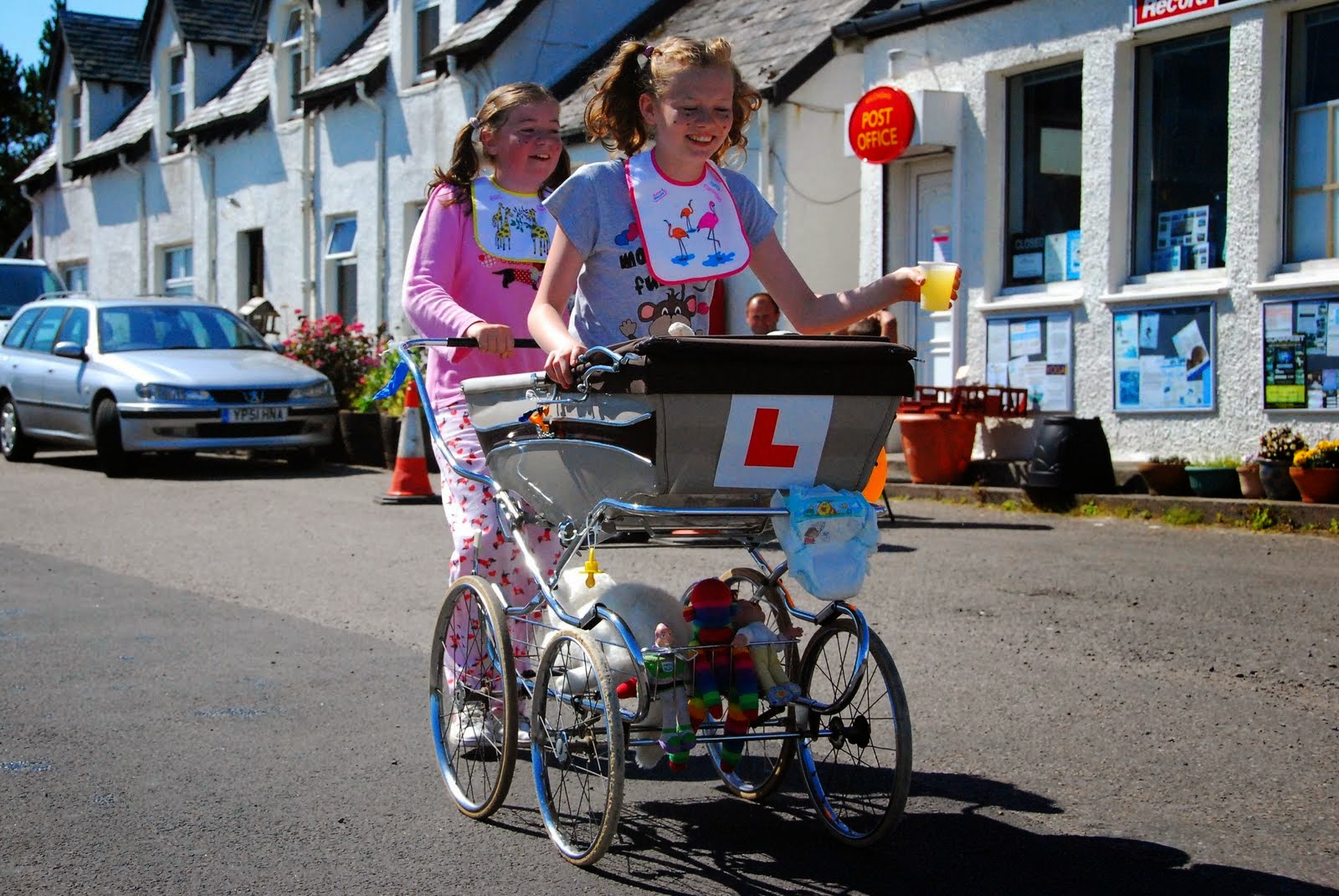 We are very grateful for Stephen's support and the good news is that everyone will have a chance to own this unique piece of art by buying one of the Pram Race T-shirts that will be on sale at the event on Friday 8th August.

We are still looking for more entries for the event so get building!  The rules can be viewed here, and entry form obtained by emailing kilchoanpramrace@hotmail.co.uk.
Posted by Jon at 17:18