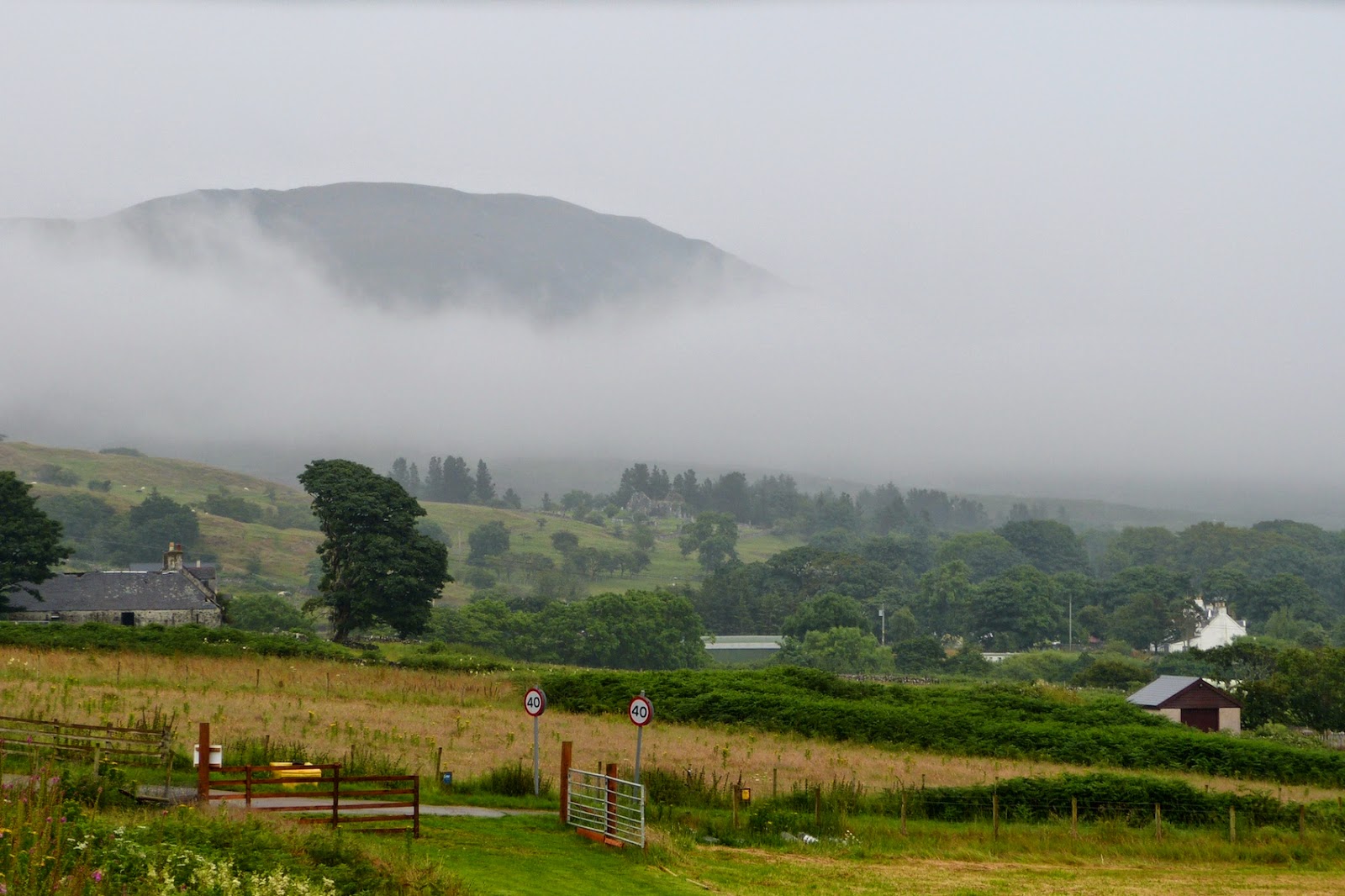 After a fairly mucky day yesterday, the fine drizzle being brought in by a westerly turned serious, and overnight we had 24mm of what was, at times, heavy rain so, with the ground sopping and the burns running high.... 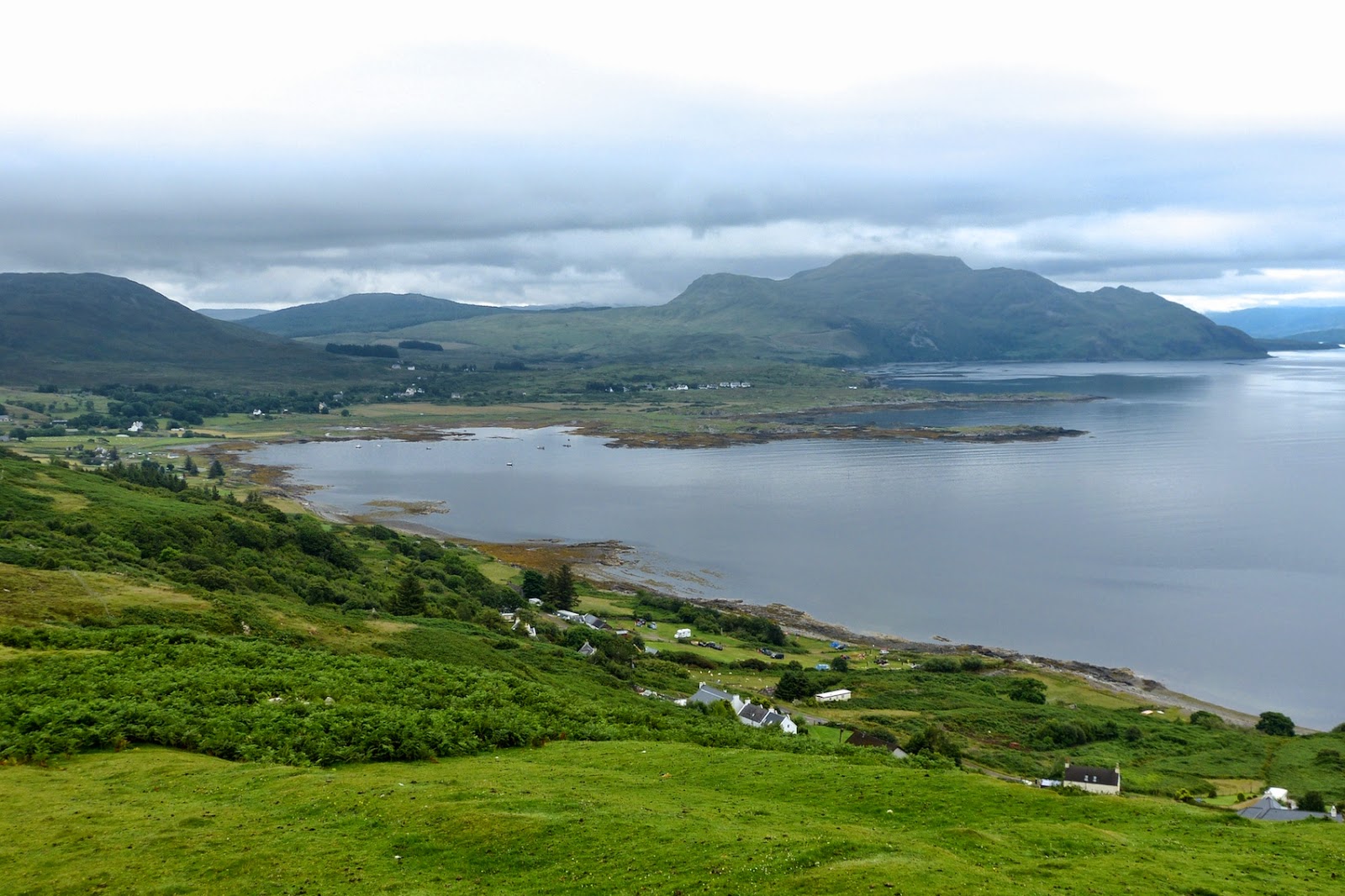 ....we opted for a short walk up the back of Ormsaigbeg this morning, but had to fight our way through the bracken to get out onto the common grazings. 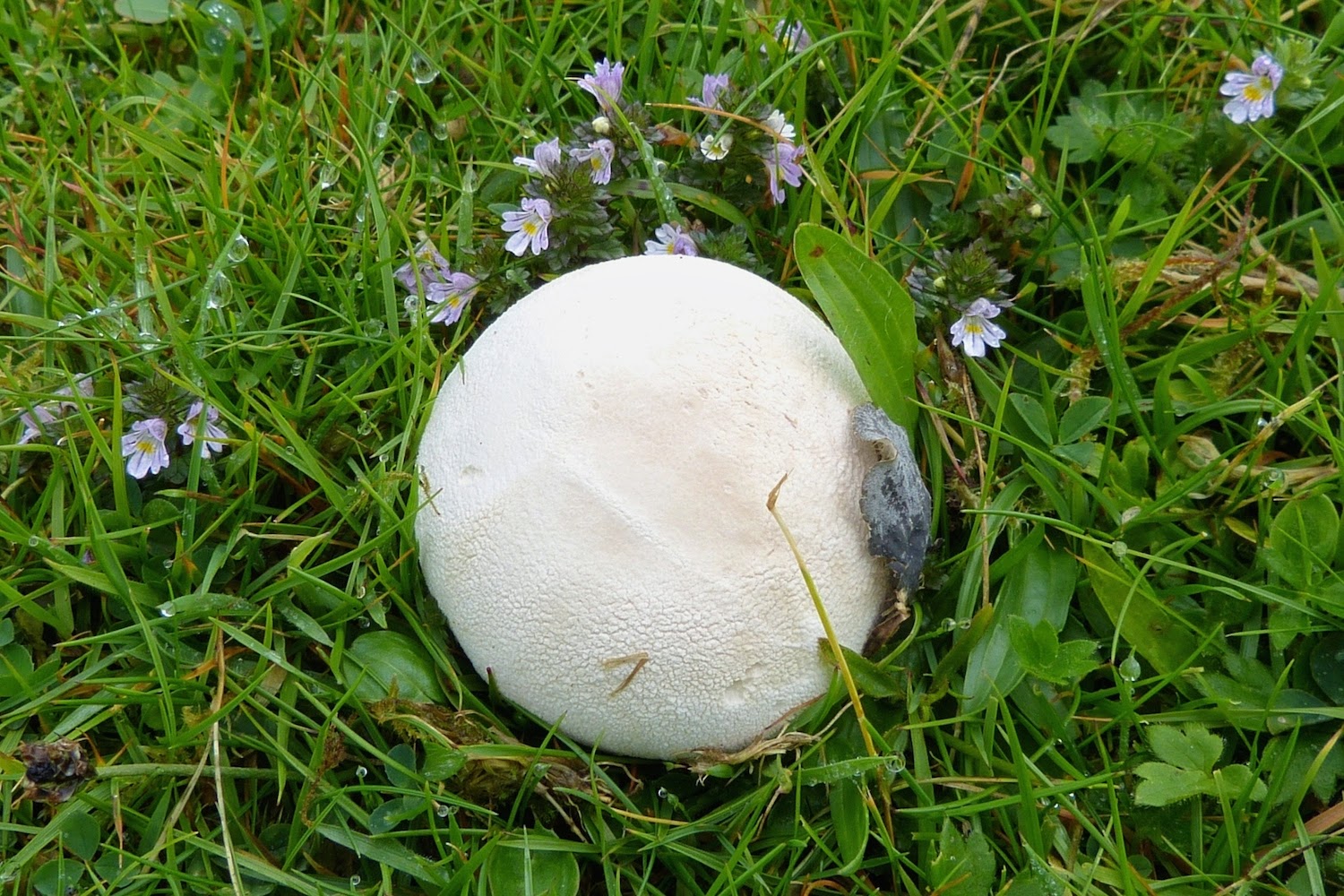 The air had the damp, misty feel of autumn, which had encouraged some fungi to put in an early appearance. 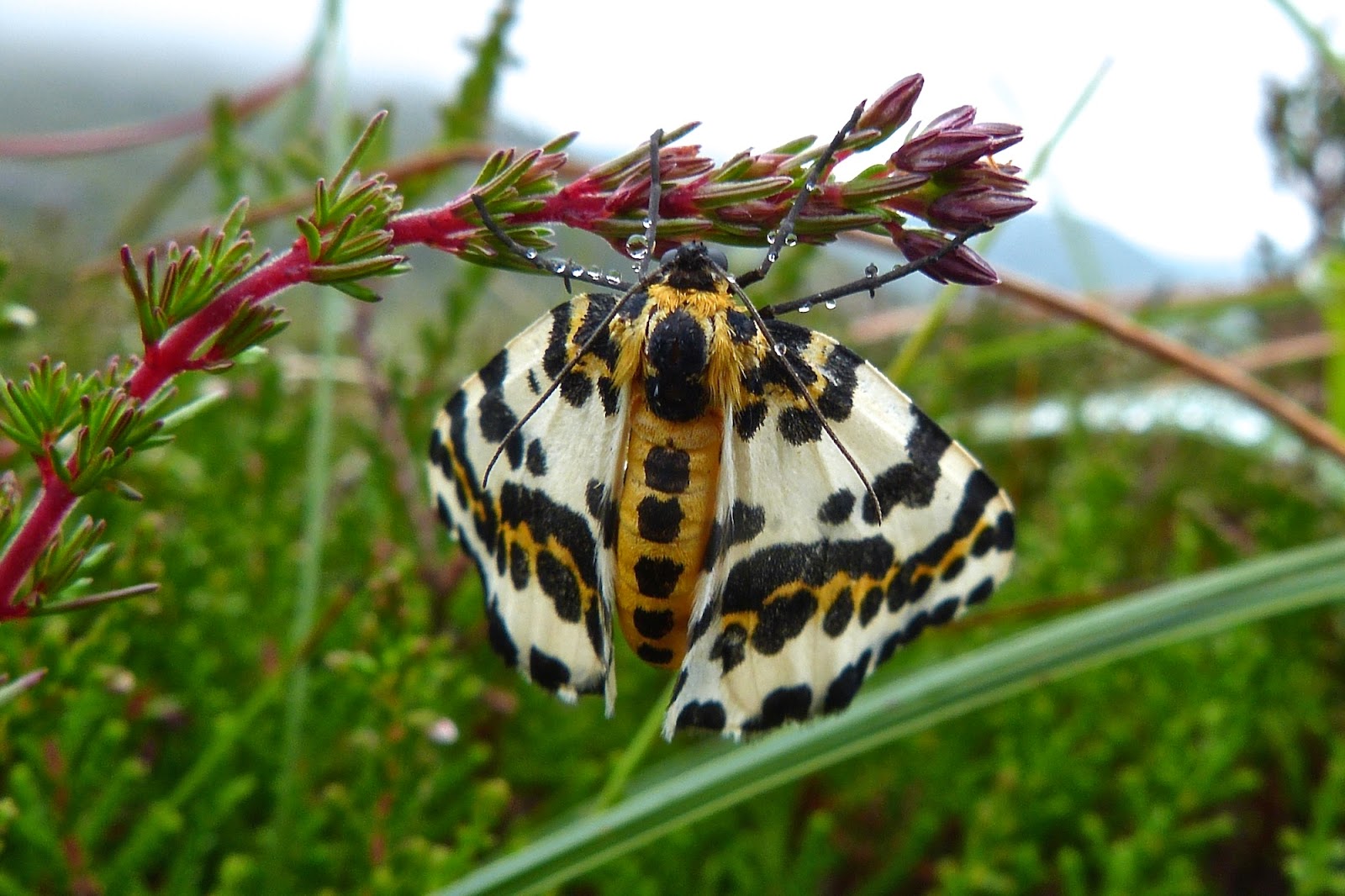 Up on Mael Buidhe we came across this moth hanging on to a heather stalk.  It's a magpie moth,
Abraxas grossulariata, and so inert from the chill damp that he didn't move even when approached very close.  They're described as uncommon in the Highlands, but we've found one before, just off the Ockle-Eilagadale track. 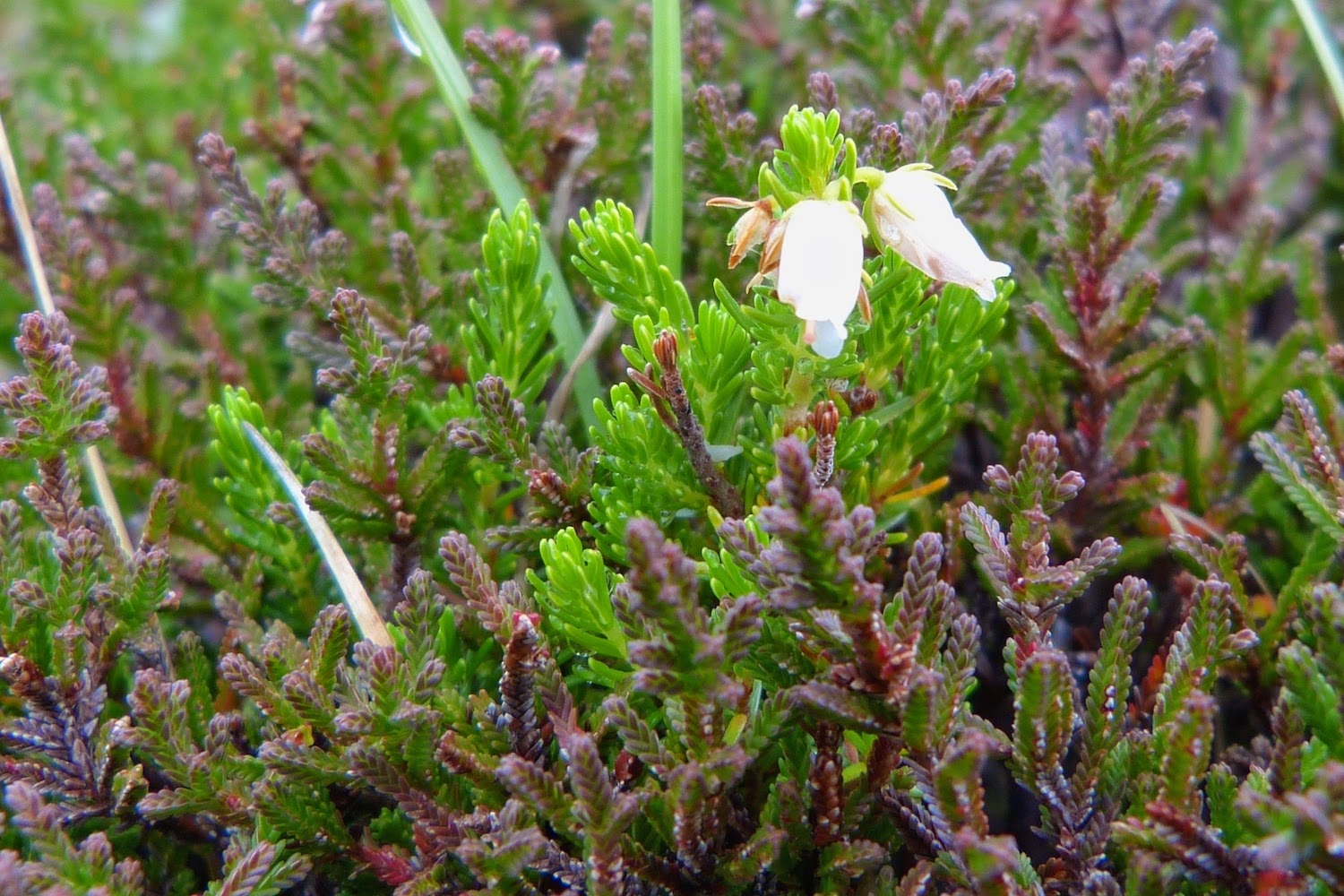 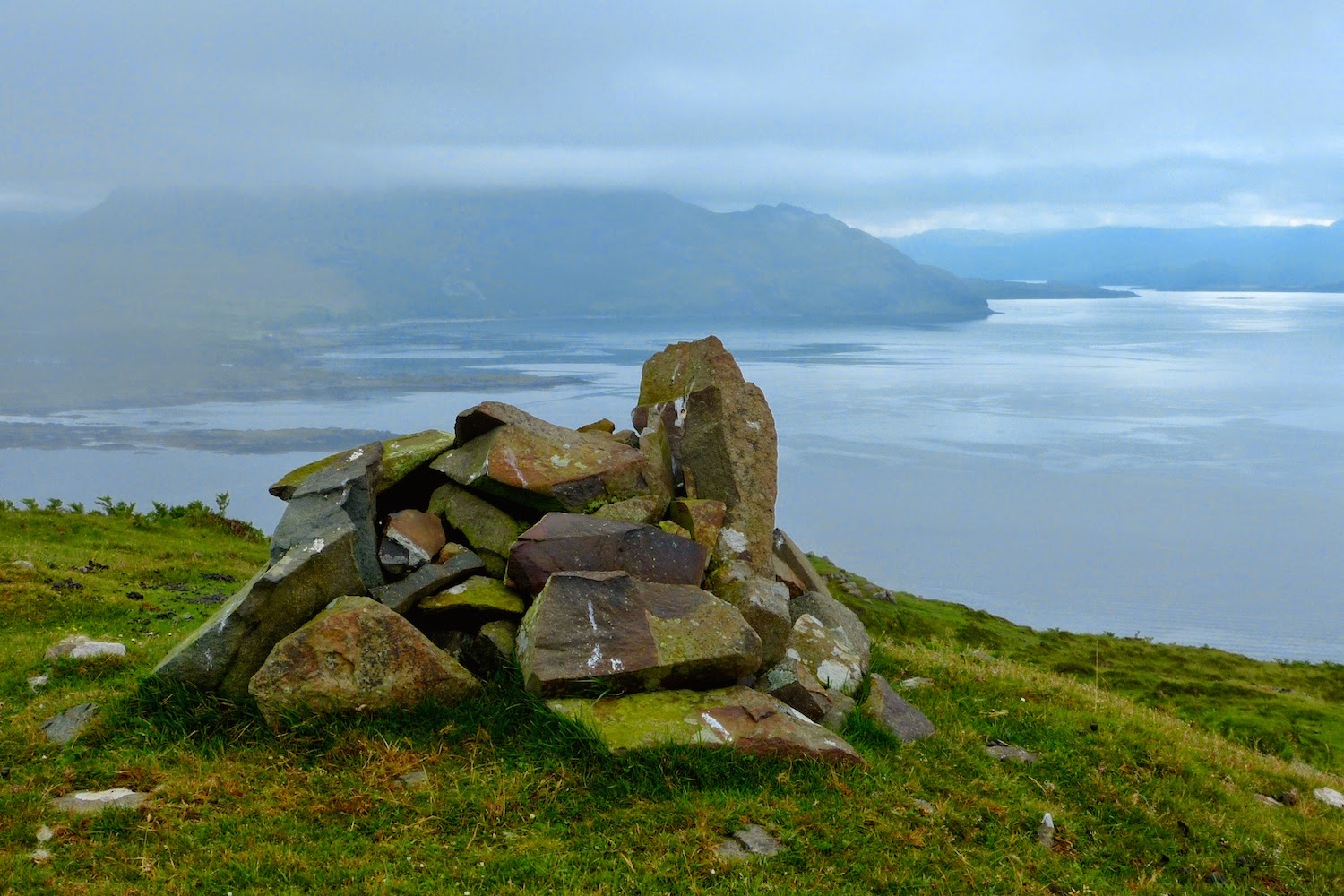 On our way back, as we passed the cairn which sits on the knoll above Sron Bheag we were walking through the base of the cloud, but soon afterwards the weather cleared, and Pier Road lay in sunshine. 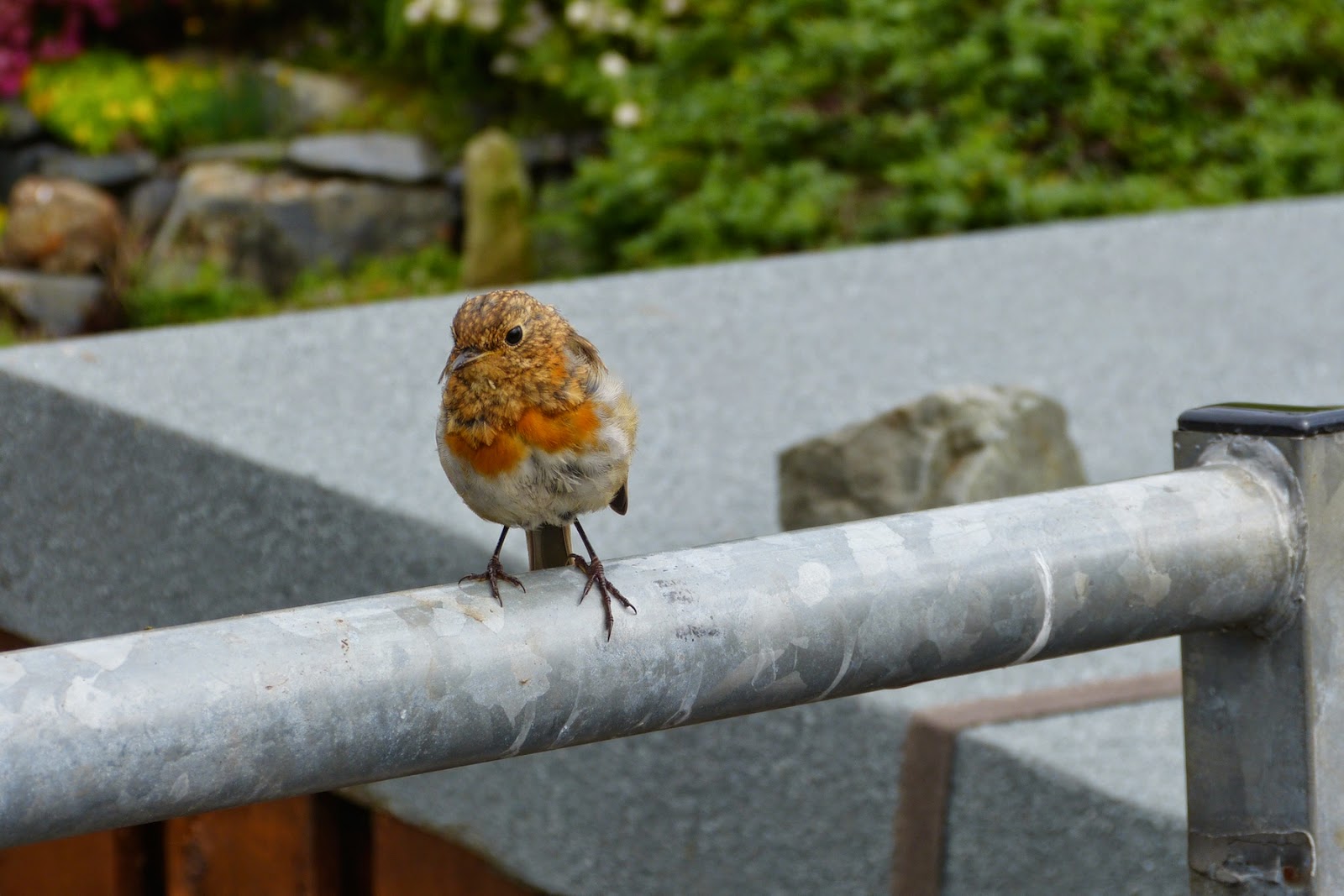 We came home via the steep slope at Cuingleum, at the east end of Ormsaigbeg, walking back along the road to find the young robin waiting to greet us on the gate.
Posted by Jon at 14:29