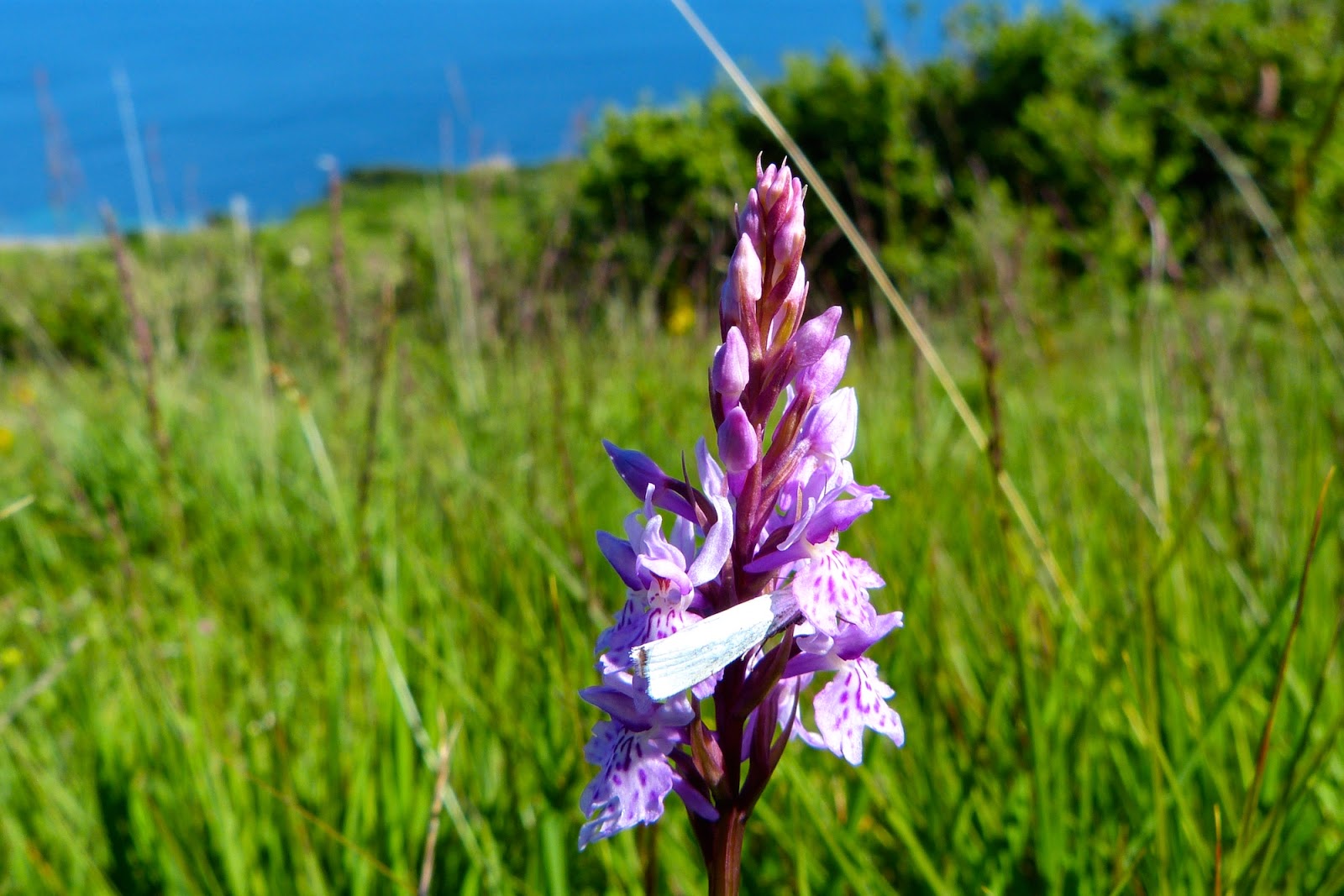 These pictures are the result of an hour spent on Friday afternoon in the meadow land at the top of the Ormsaigbeg crofts.  The idea was to get right down to grass level, to move around as little as possible, and to see what came within range of the camera.

This orchid, a common spotted, is being used as a hiding place by one of the many small, pale-coloured moths that populate the area.  There are masses of them of many different sizes and, probably, species, which flutter up each time one moves. 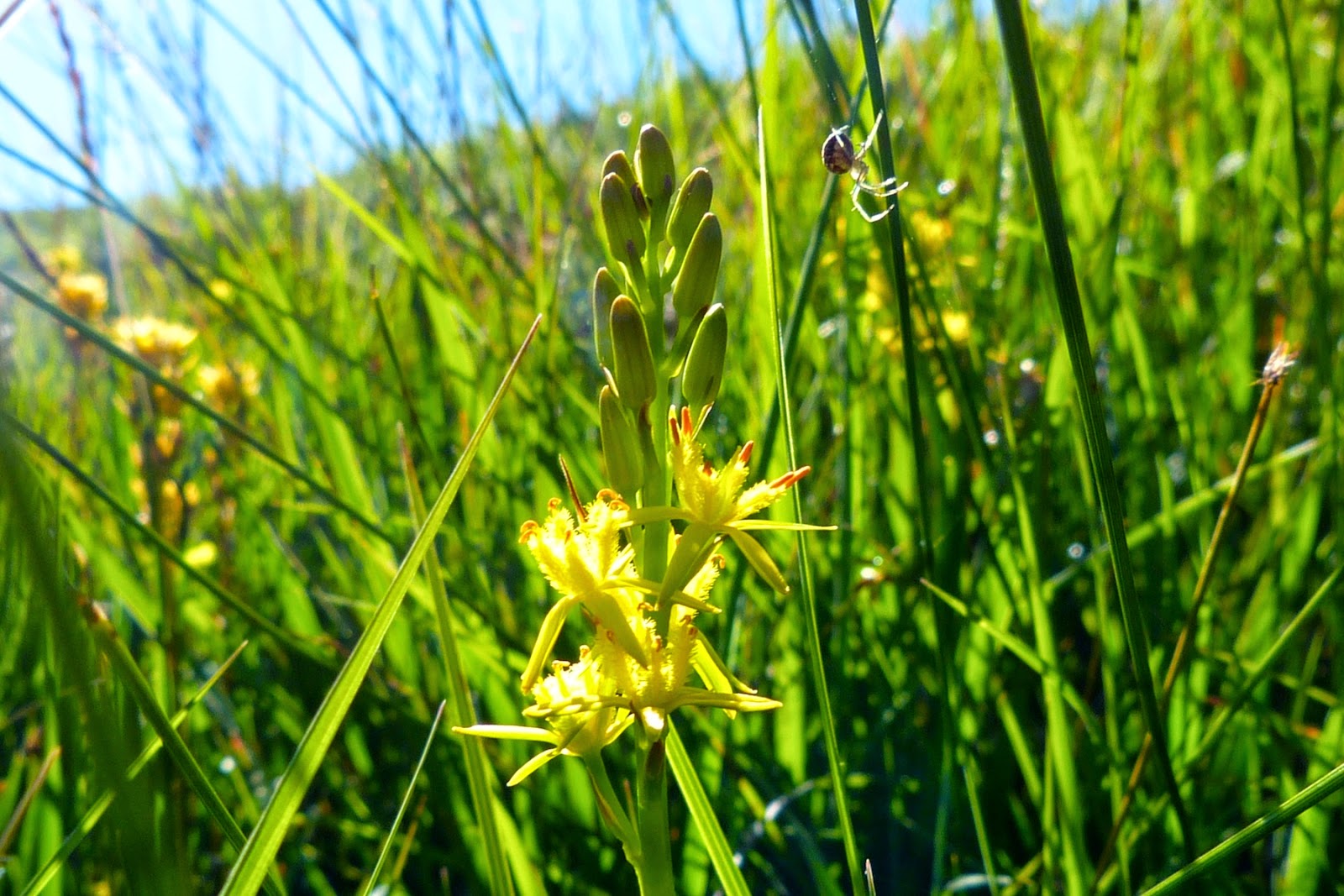 It's hard to see, but just to the right of the highest buds of this bog asphodel there's a tiny spider.  He was using the asphodel as a convenient place to hang his web, but.... 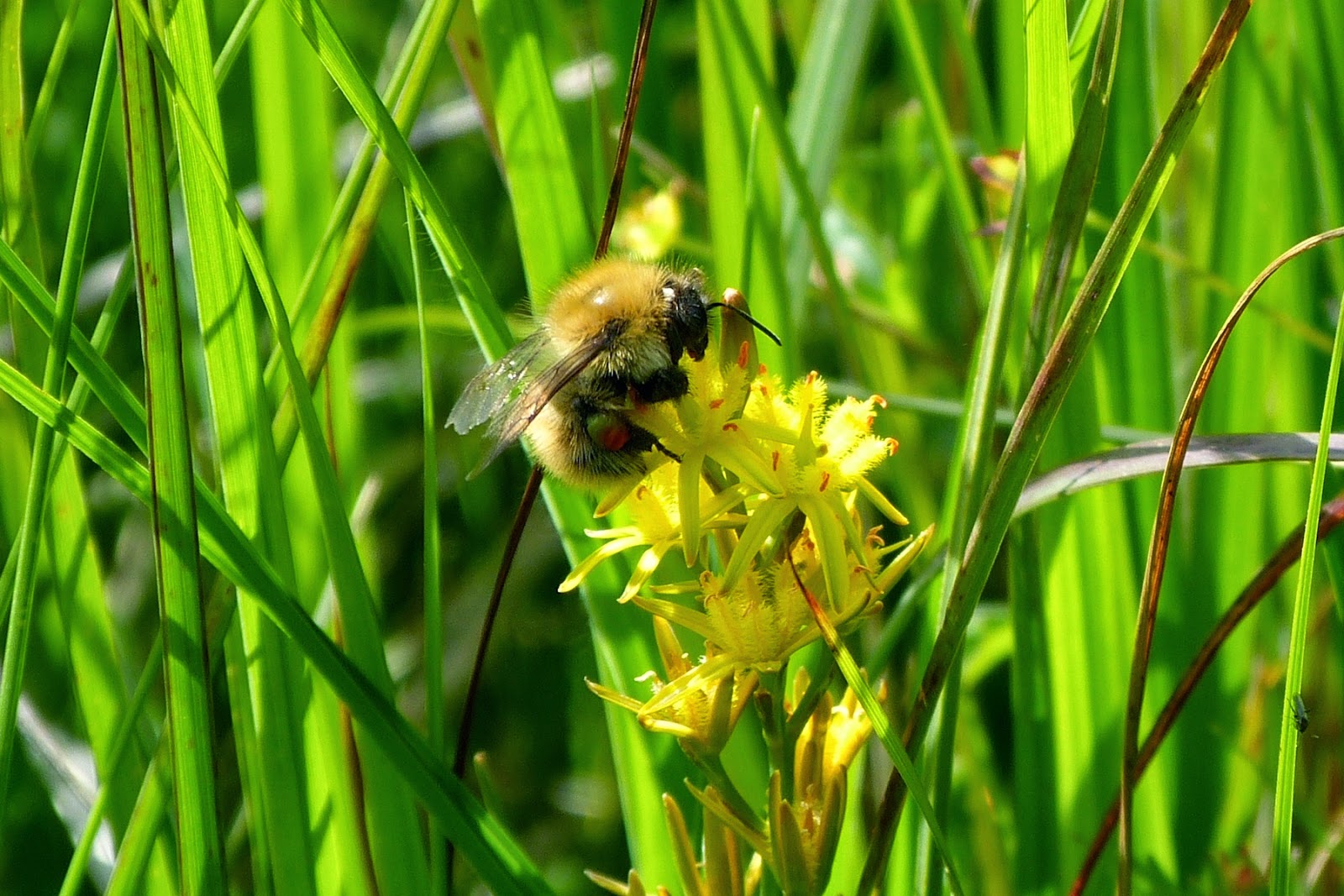 ....for this little bumblebee, the asphodel seems to be the primary source of nectar - in the time I watched him, he only visited asphodel flowers.  He was the devil to photograph as he hardly stopped on each flower head, moving quickly, and randomly, from one to the next.  This is the only picture of him with his wings still.... 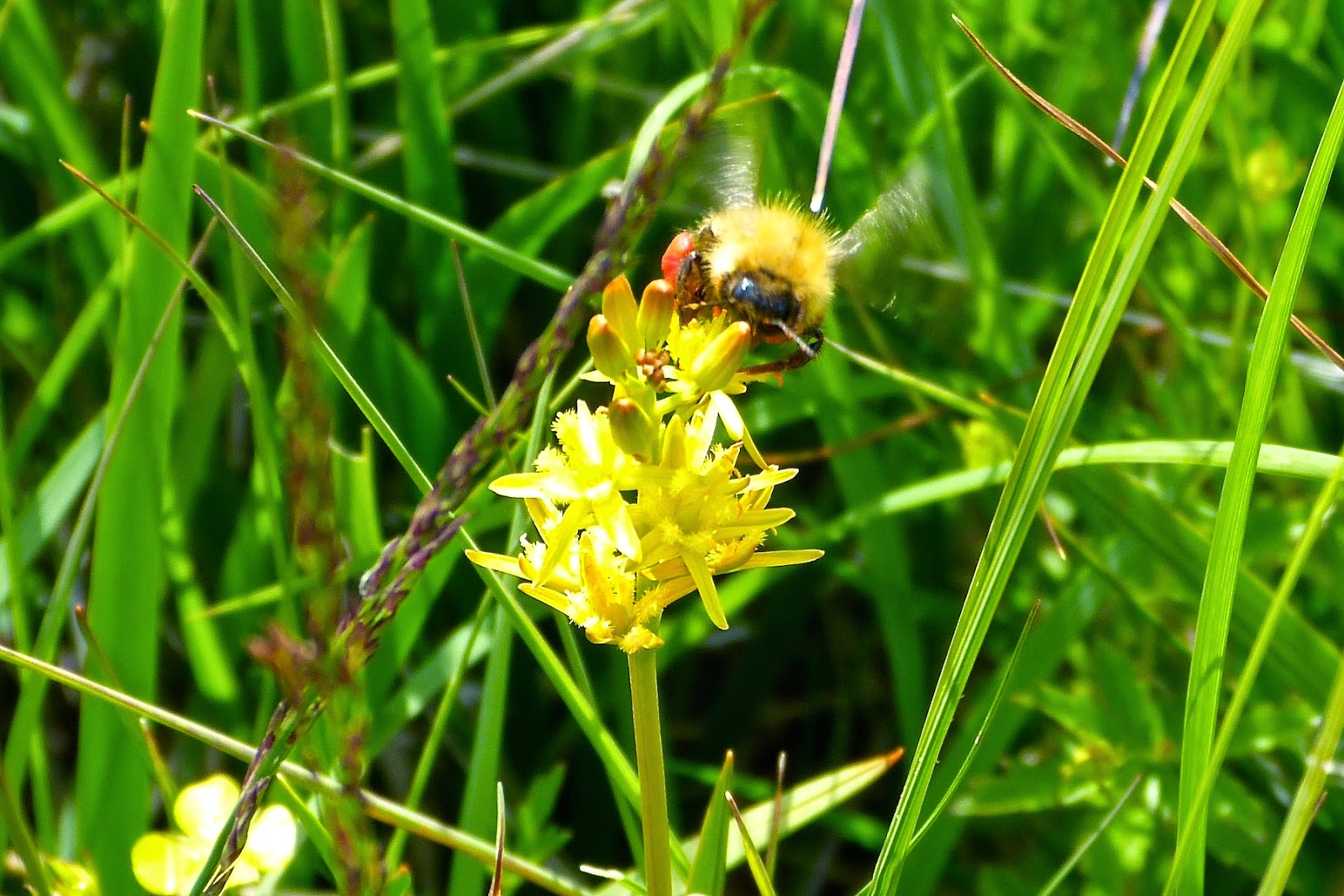 ....but in this picture one can see the red pollen basket of another of these bumblebees, stuffed full.  His furry mantle and - though it can't be seen in these pictures - striped abdomen, suggest he's a common carder. 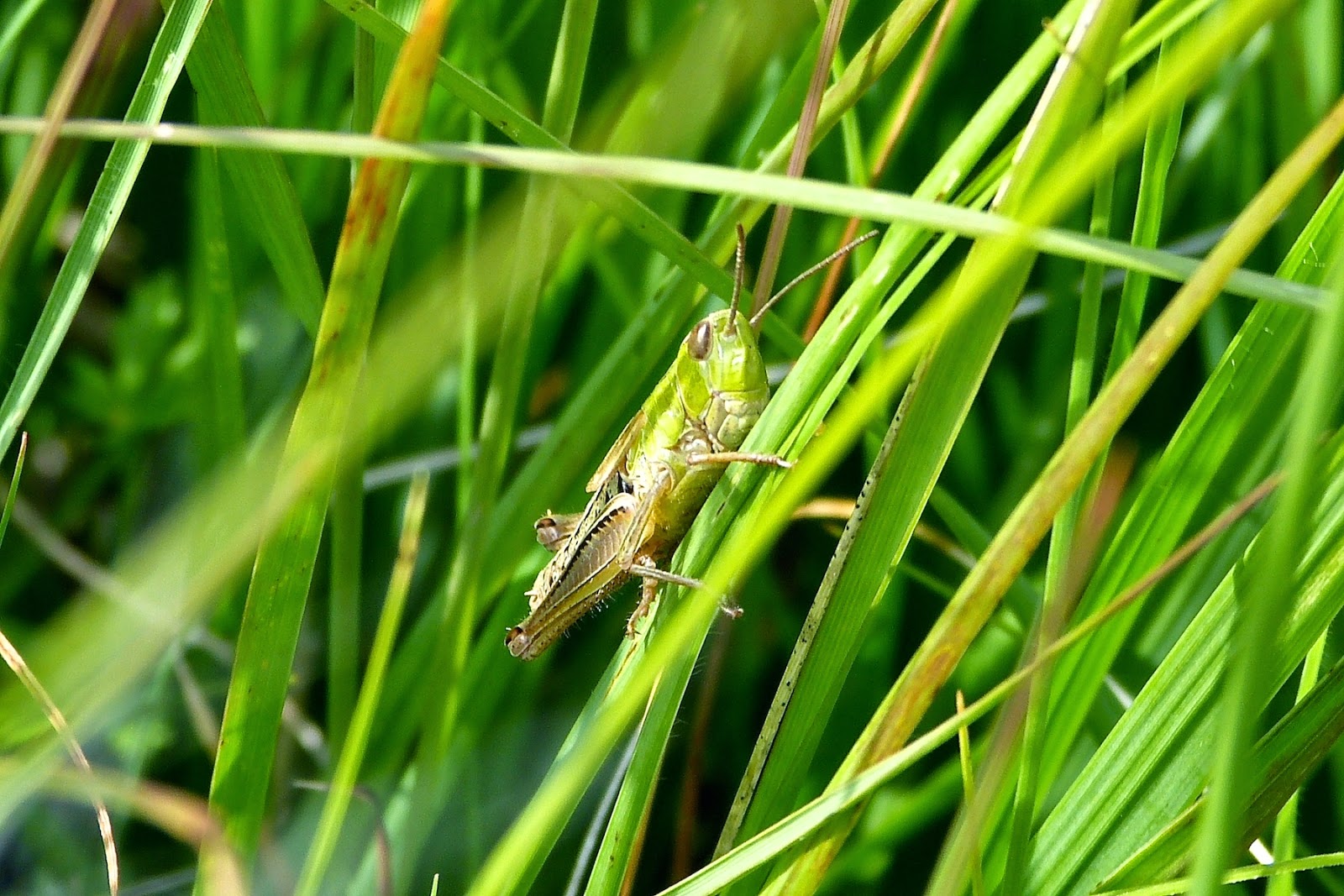 Another insect group which was fun to photograph was the grasshoppers.  The ones in the meadow were all green and seemed to be from one species, possibly - appropriately - meadow grasshoppers.  Like the bee, they wouldn't stay still, flicking themselves into the air and crashing where they landed before finding a stalk to cling to. 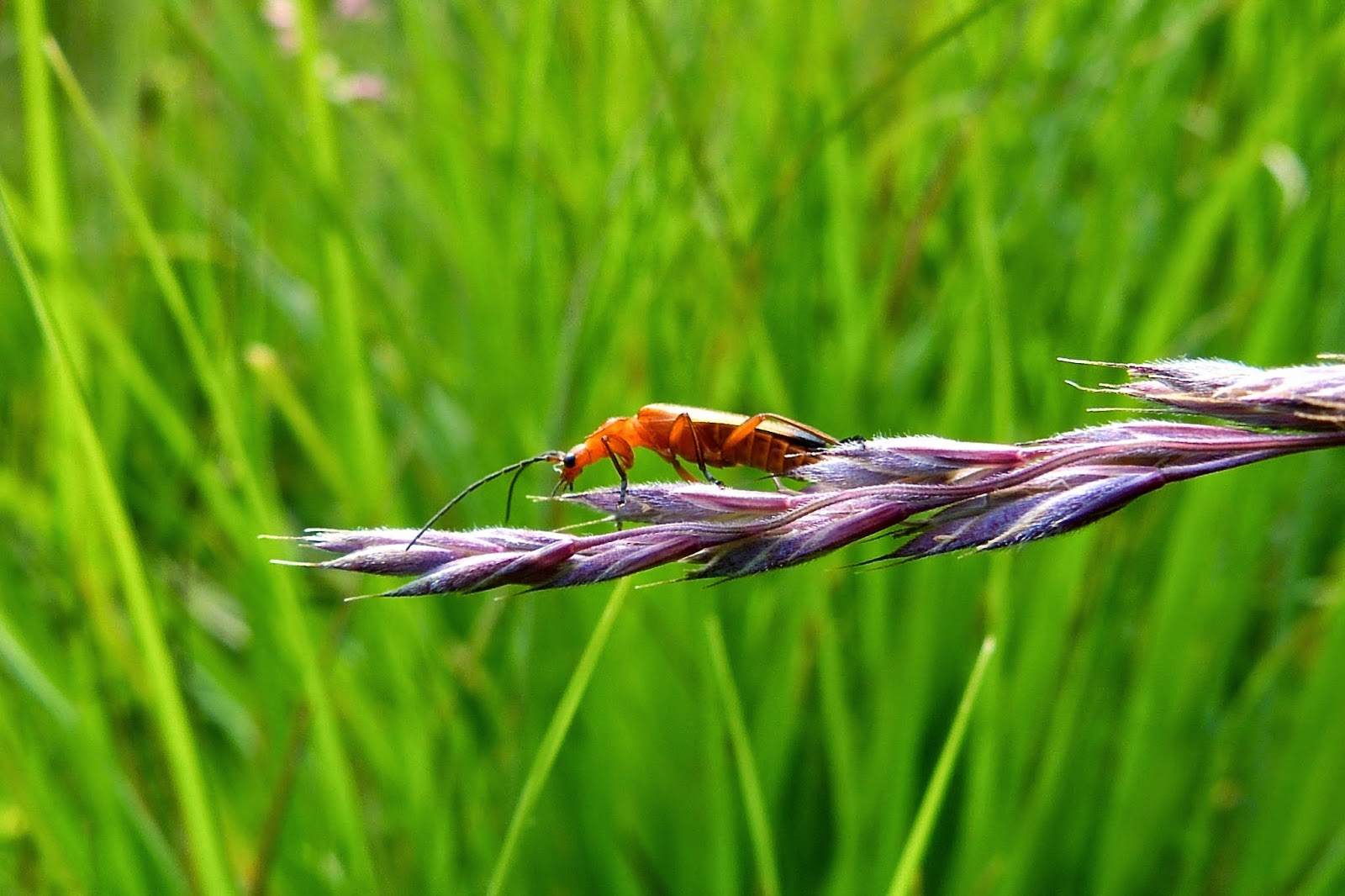 There were also plenty of these very busy little ginger beetles.  They may be the soldier beetle, Rhagonycha fulva. 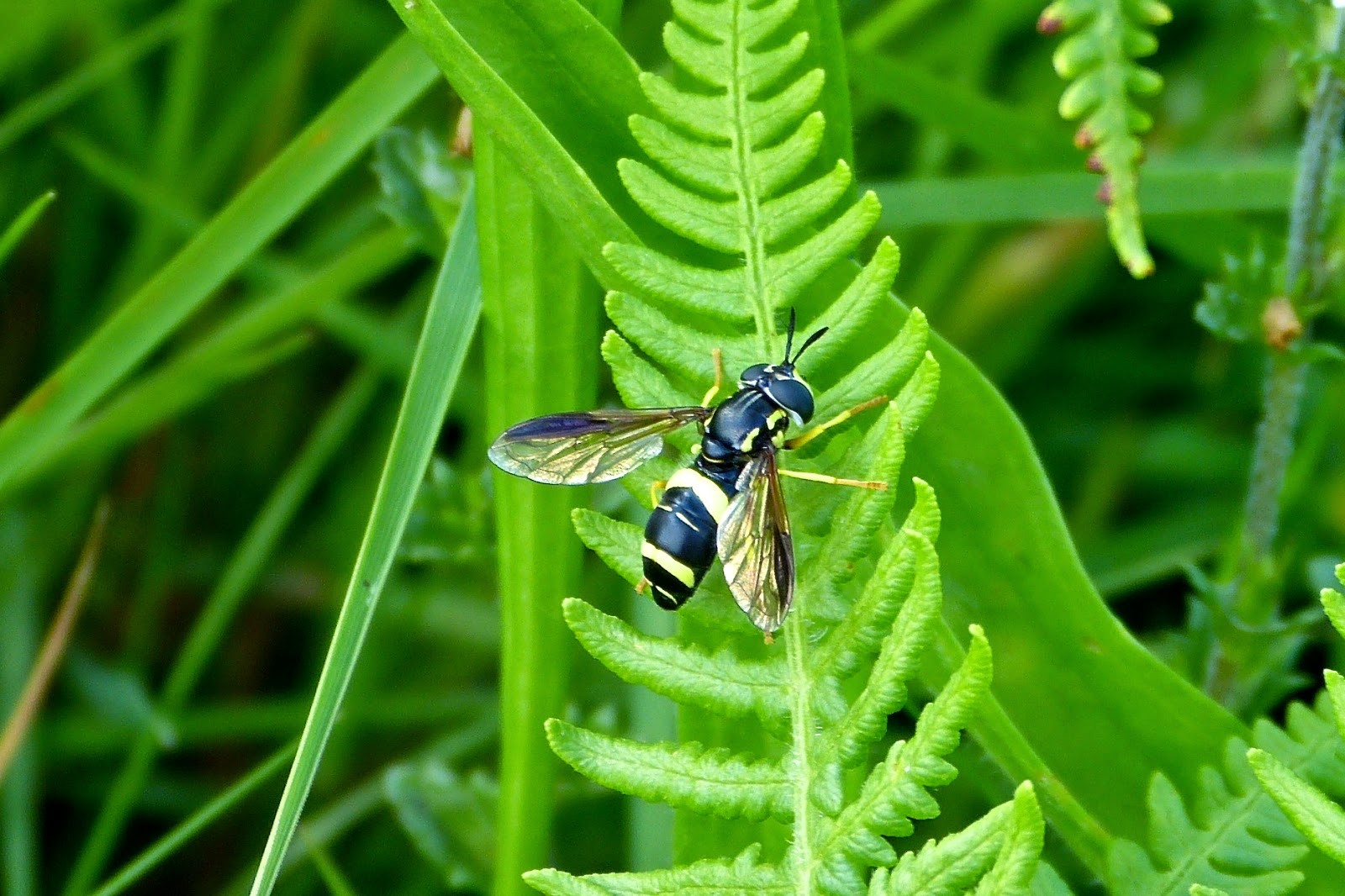 Much more uncommon was this delicate little hoverfly.  There are some 250 species of hoverfly in Britain, but this one looked distinctive enough, with the two broad yellow stripes on his abdomen, to be easily found.  No such luck - he was hard to find, but he's probably Chrysotoxum bicinctum. Many thanks to the Insects of Scotland website - here.
Posted by Jon at 09:53