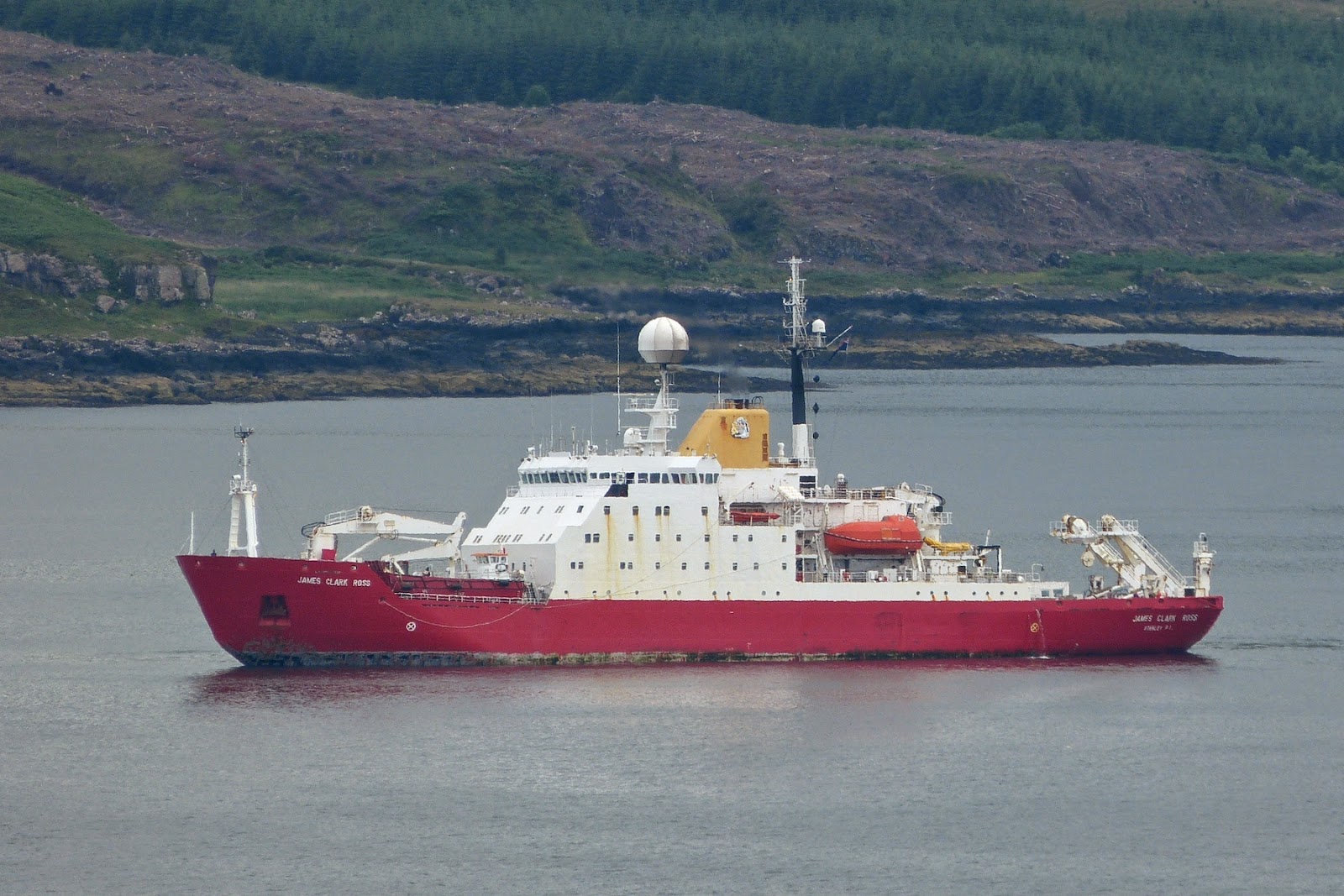 The polar research ship James Clark Ross came into the Sound at around four yesterday afternoon and hove to for a while off Ardmore Point, but then.... 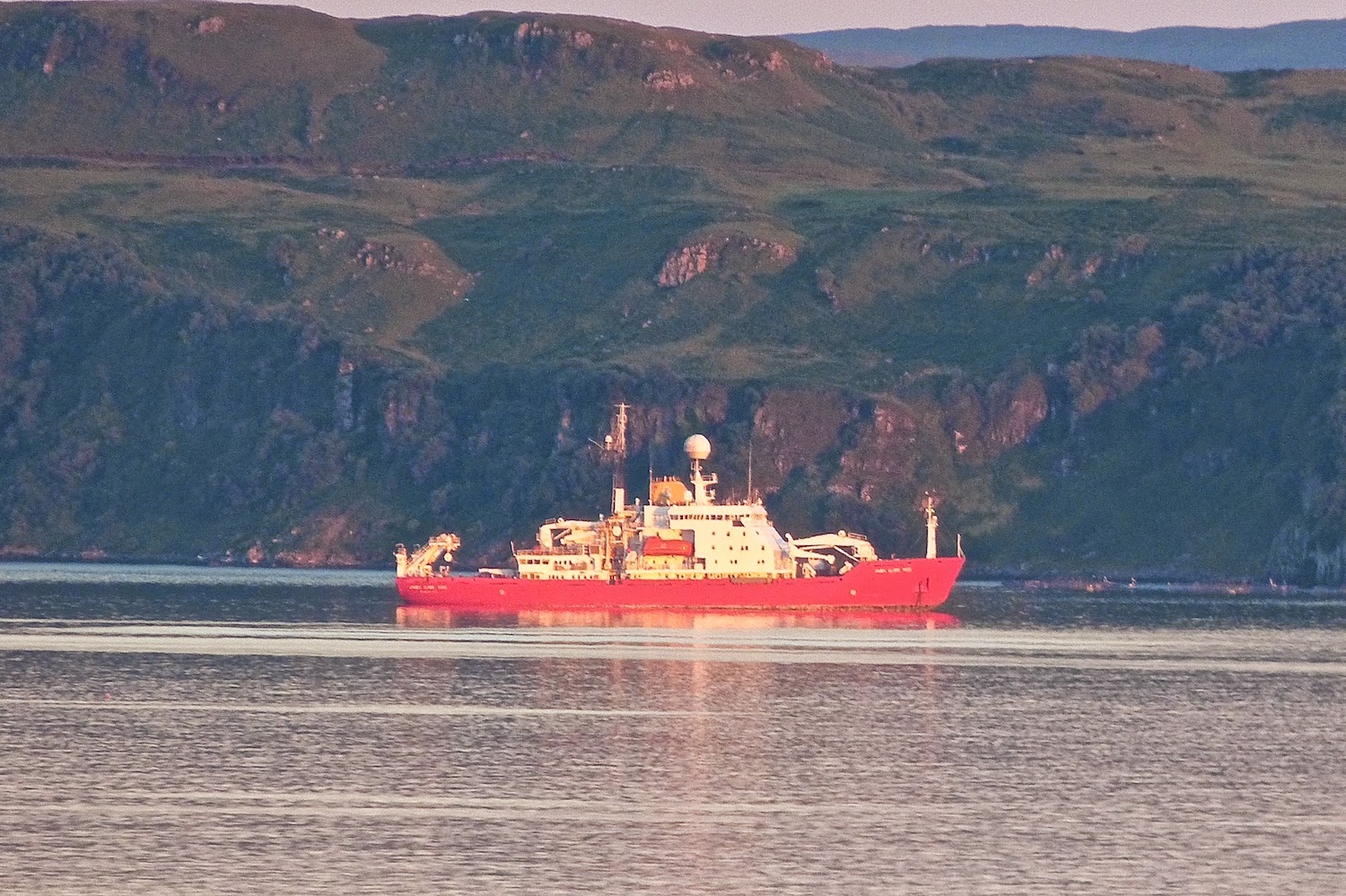 ....moved to anchor in Bloody Bay, where her crew would have been treated to.... 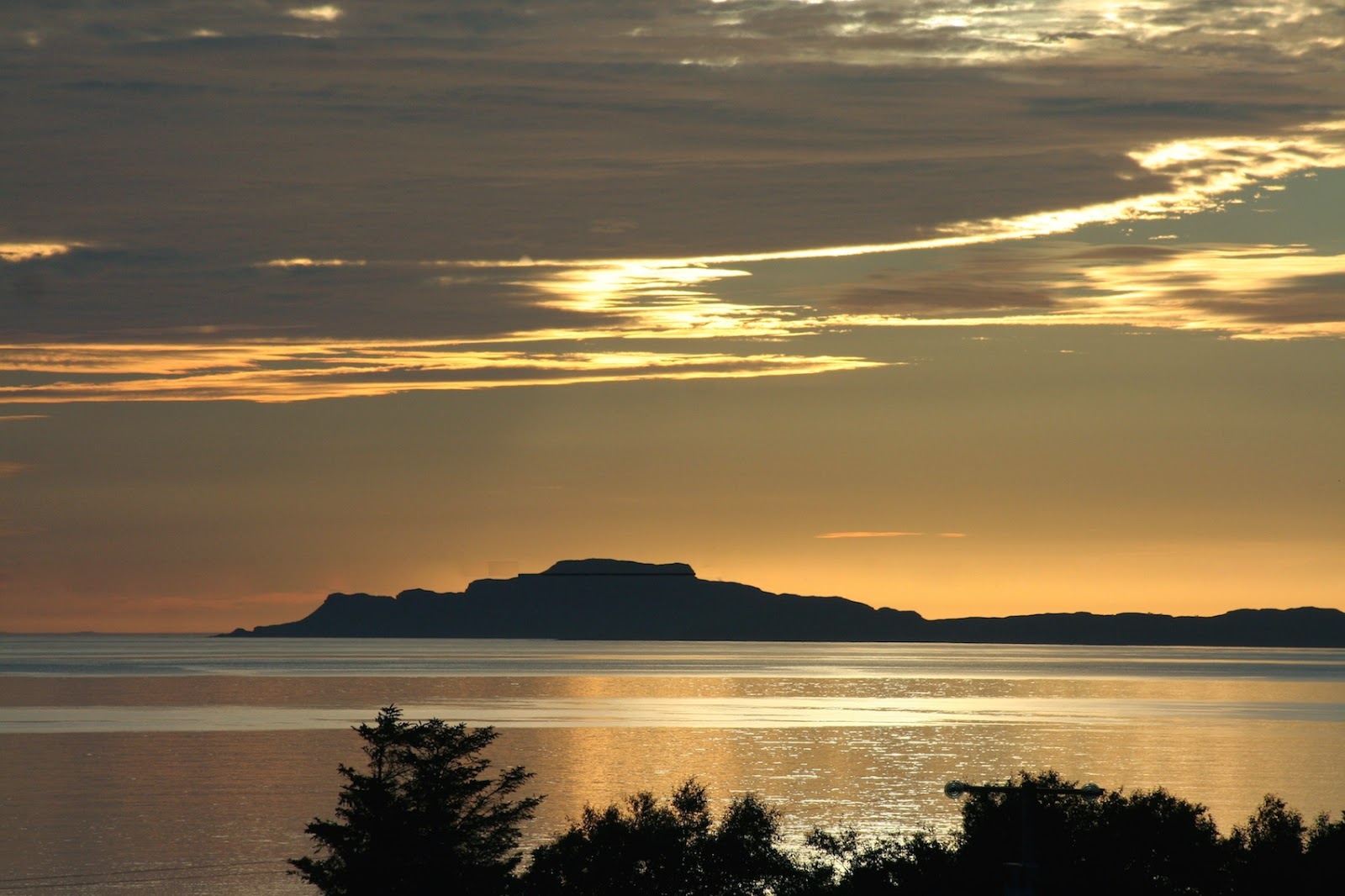 ....views of the spectacular sunset enjoyed by those who live on Ardnamurchan's north coast.  These super pictures of the sun setting over Muck are from Ritchie Dinnes.... 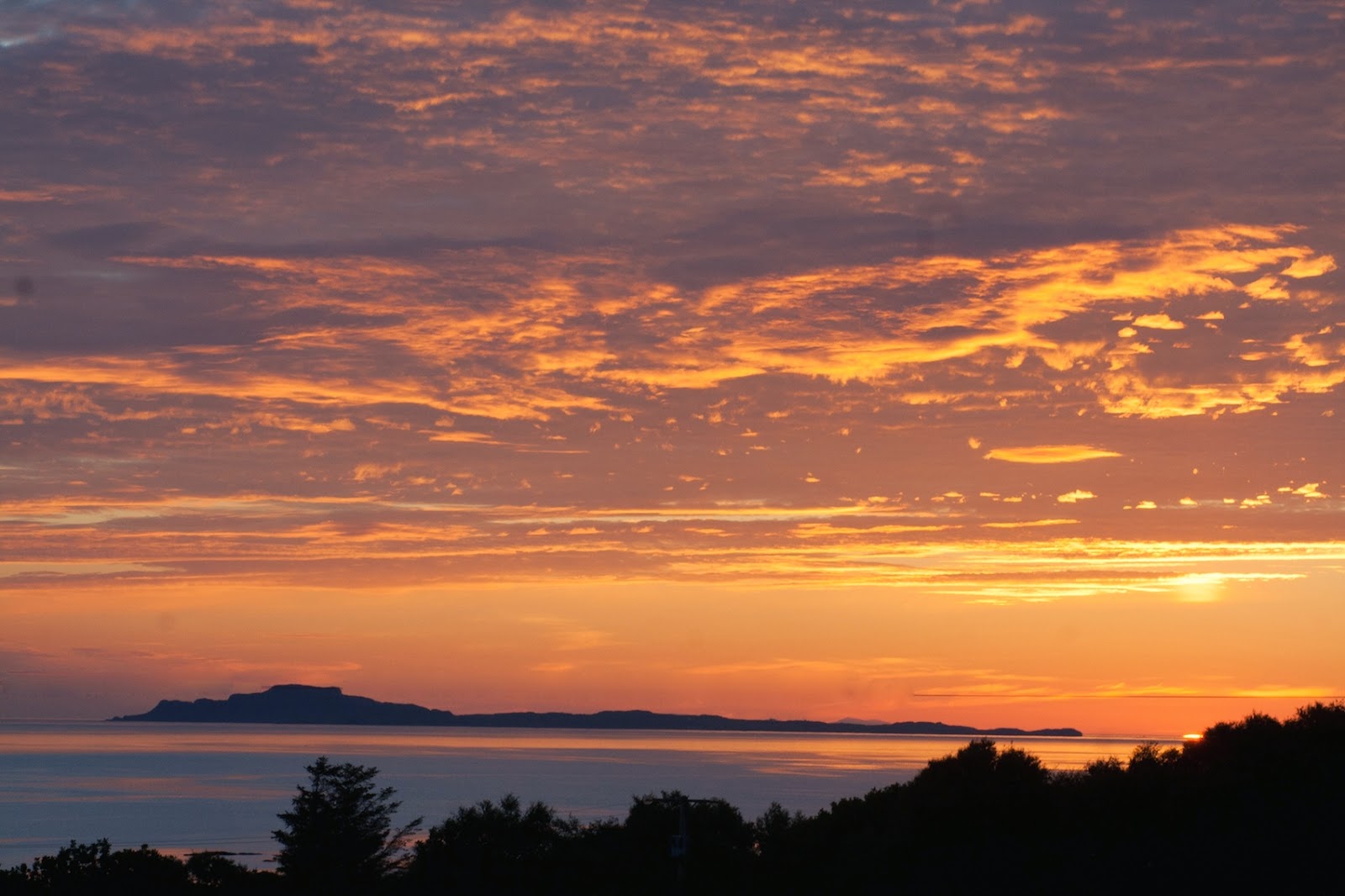 ....who took them from Kilmory.

The James Clark Ross is on her way to Immingham from the Antarctic.  To quote her on-line itinerary, to "Demob, Discharge Antarctic cargo/waste, depart for refit".


There's more about the James Clark Ross here, and the ship has a webcam, here.
Many thanks to Ritchie for the sunset pictures.
Posted by Jon at 08:35