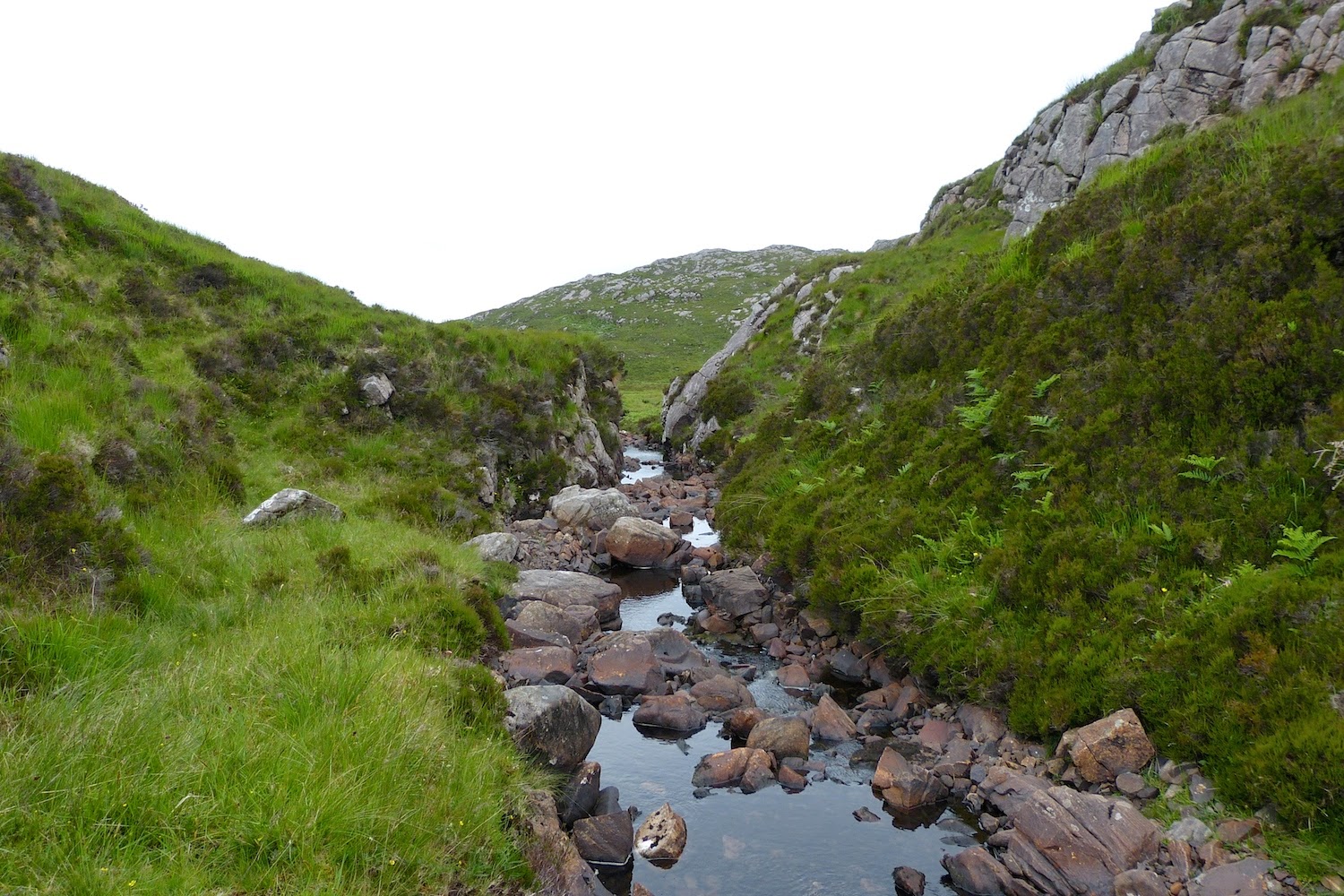 The burn we were following towards Ockle was becoming more substantial and, as it descended increasingly quickly, it began to cut a small gorge.  Despite this, we stuck as close to its banks as possible, hoping to see more of its wildlife. 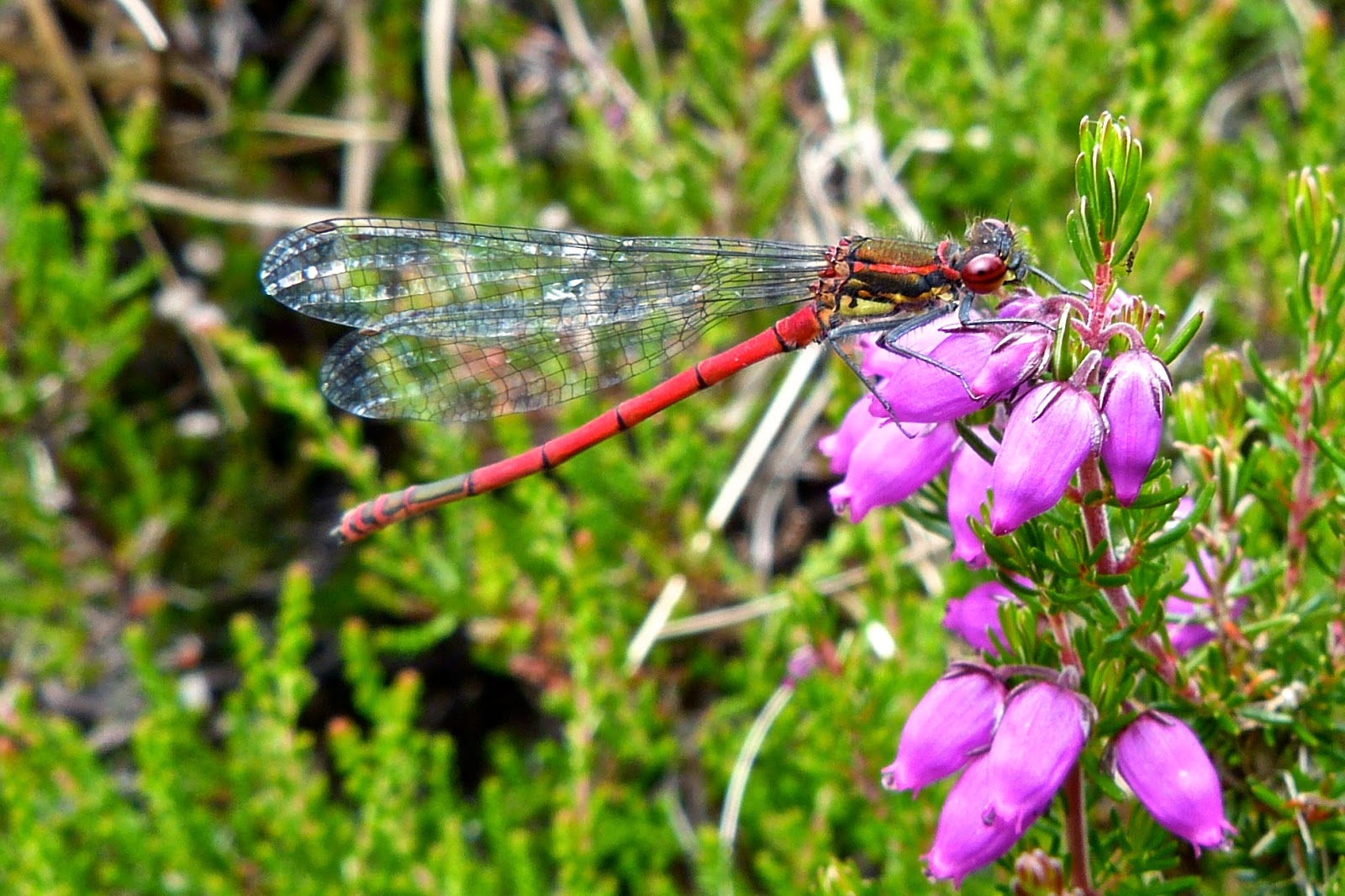 We weren't to be disappointed.  This smart beast is a large red damselfly pretending to be a heather flower, and.... 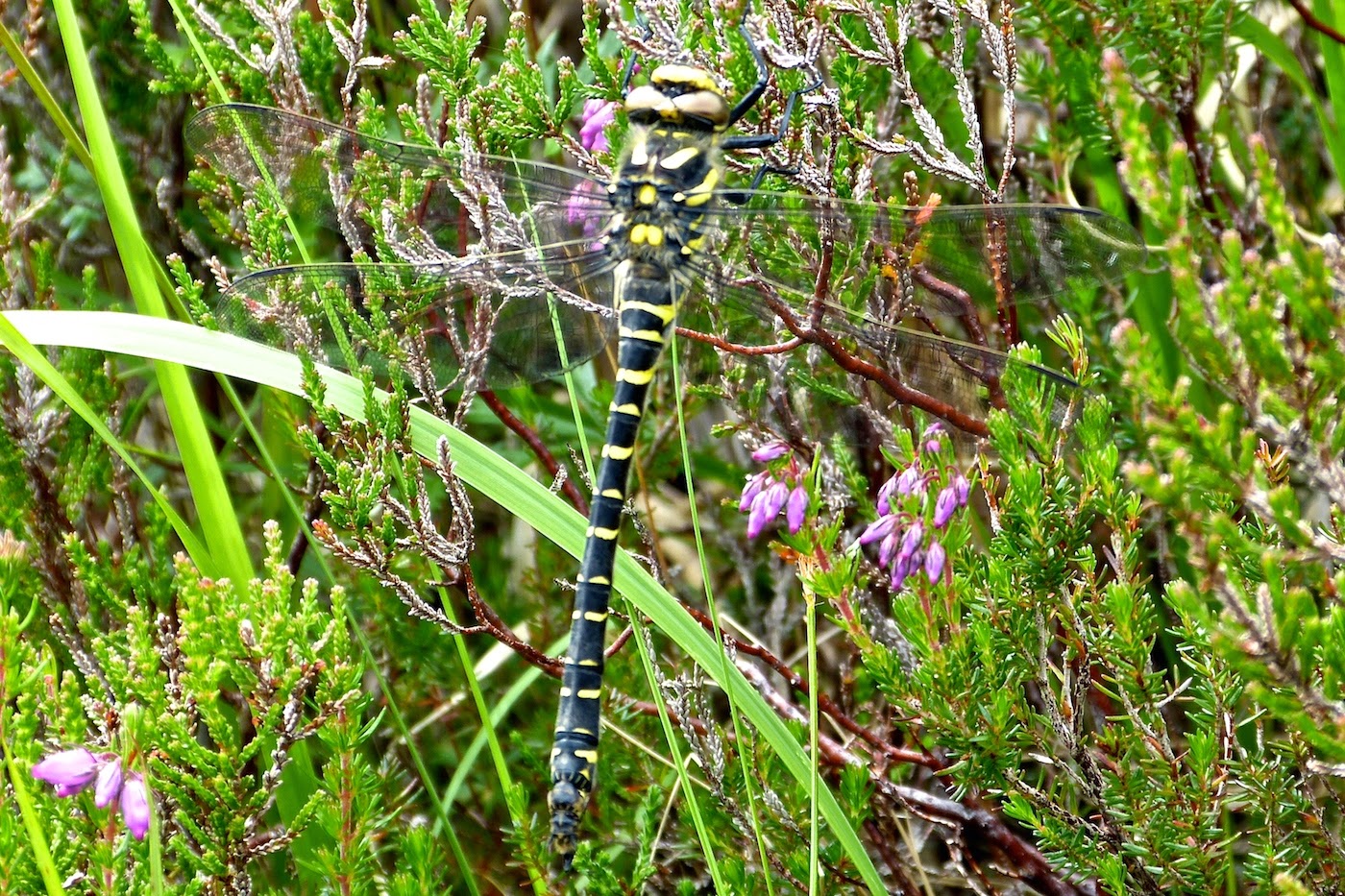 ....this is the golden ringed dragonfly.  We had stopped to eat lunch when he appeared, and he seemed almost threatening: perhaps we'd chosen to sit on his favourite vantage point from which he could overlook the burn. 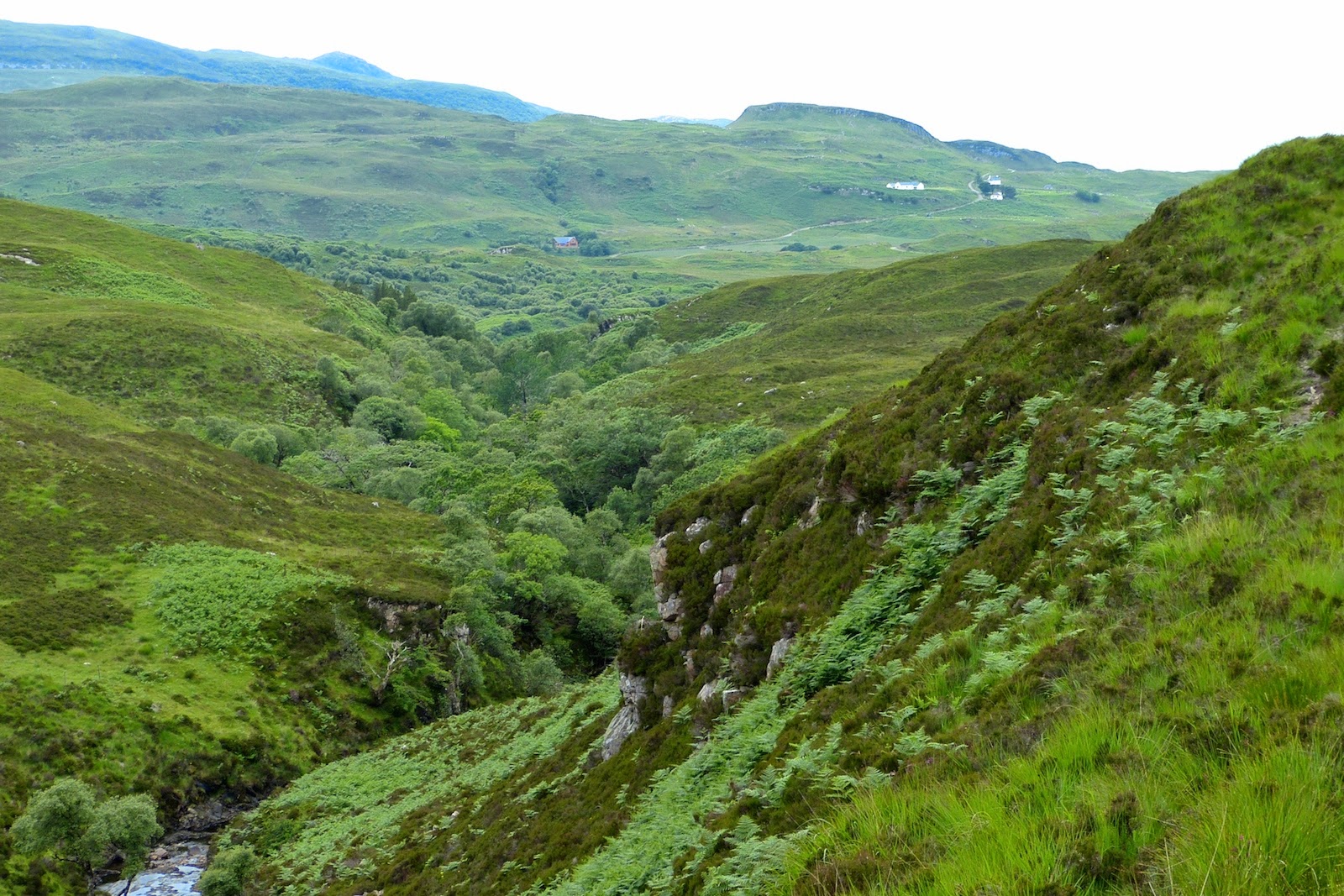 The burn, by now with a name on the OS map, Allt Eas 'a Ghaidheil, the burn of the Gael's waterfall, was busy cutting down into the steep-sided glen which contains the waterfall after which it's named, so we followed a sheep track above it. 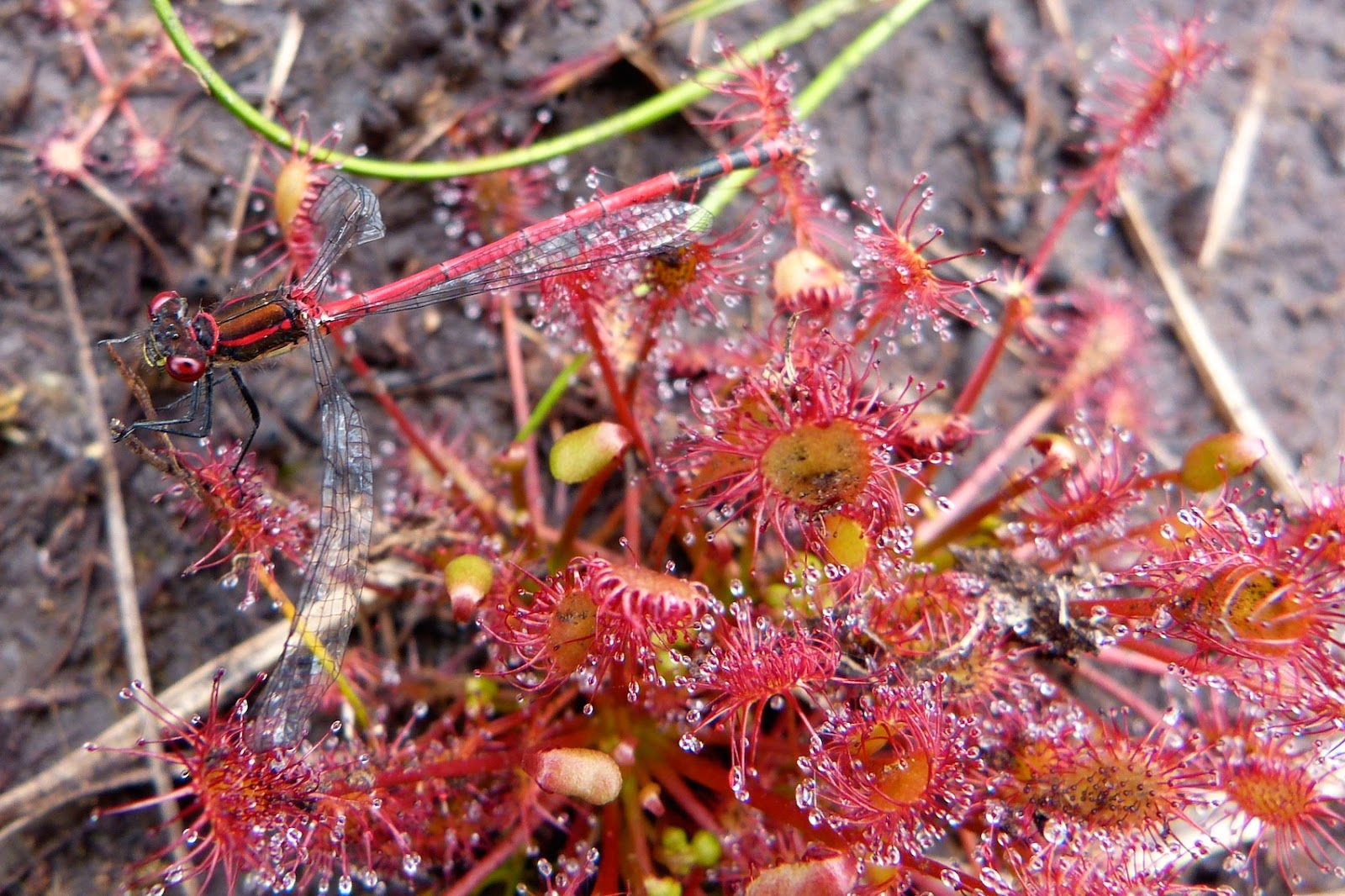 We had almost walked past yet more of the sundew Drosera anglica when we saw it had caught a much larger insect than we'd seen before, a large red damselfly, which blended in with the colour of the plant. 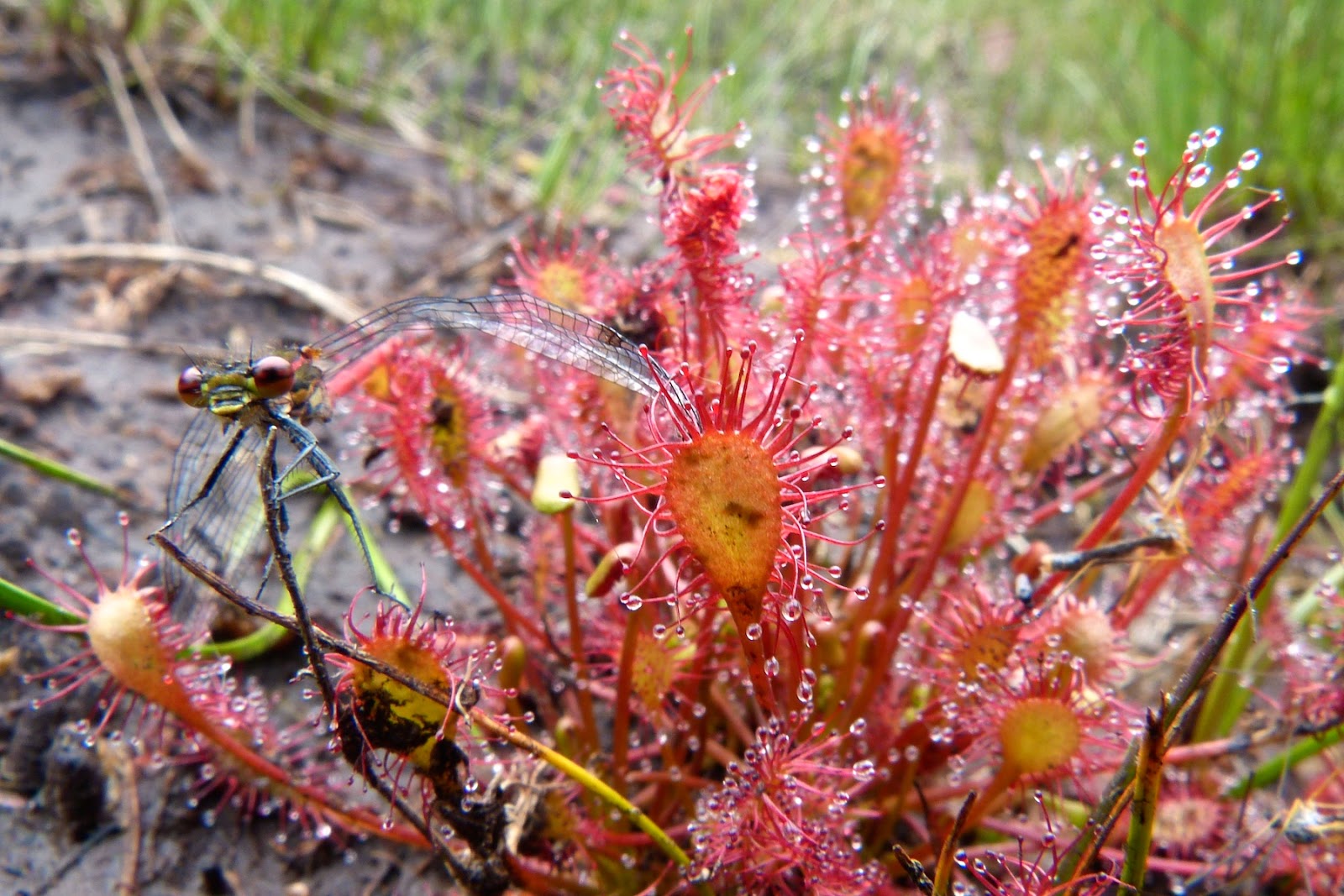 But on looking closer we noticed that it had neither the rounded leaves of D. rotundifolia, nor the tall and very upright leaves of D. anglica.  There are three species of sundew in this country.  Is this the third species, D. intermedia, or is it a hybrid of the first two? 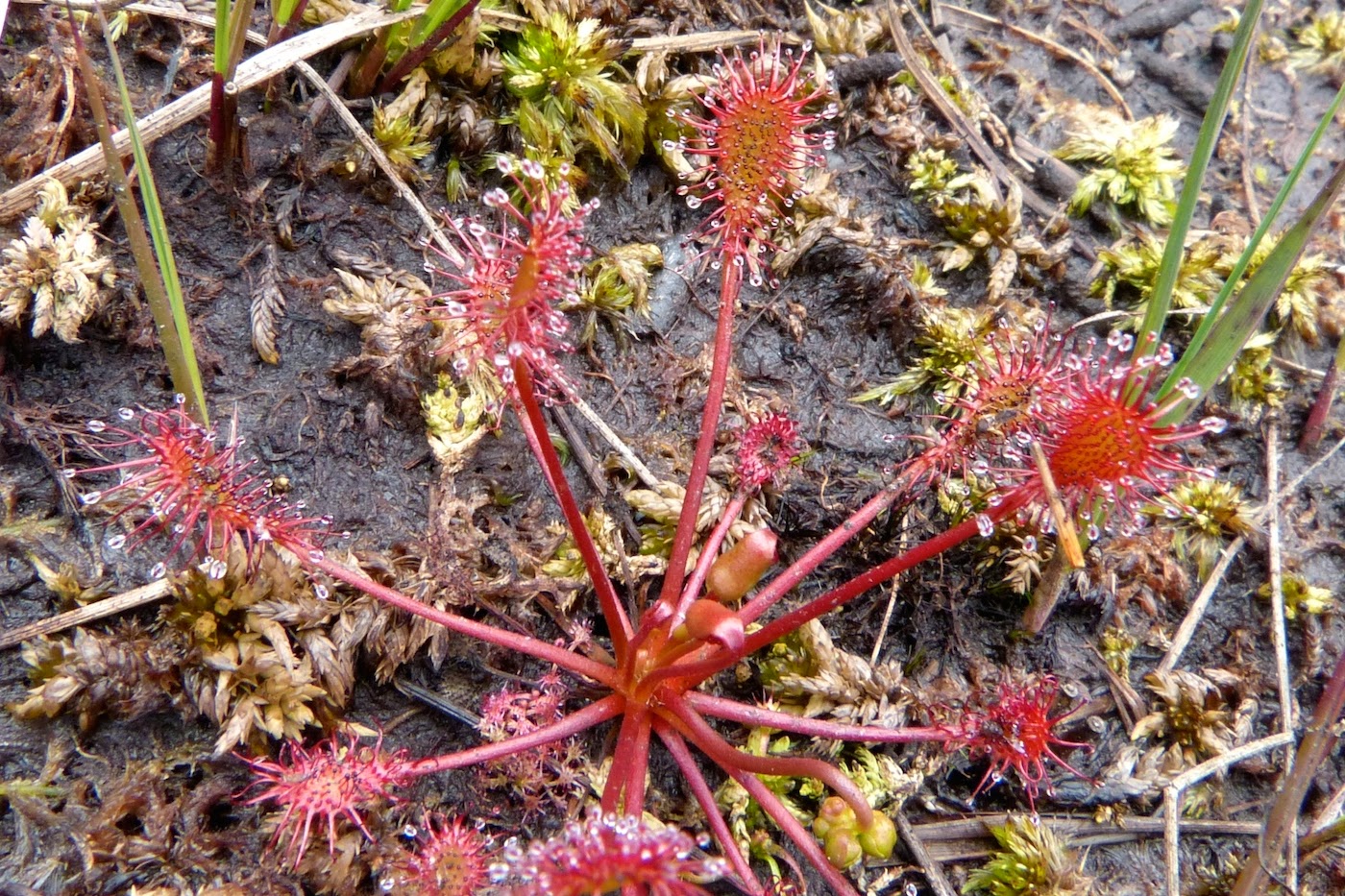 If it helps anyone who knows their sundews, here is a photo of another specimen.  There's a site which tries to explain the main differences here but, sadly, the photos aren't very clear. 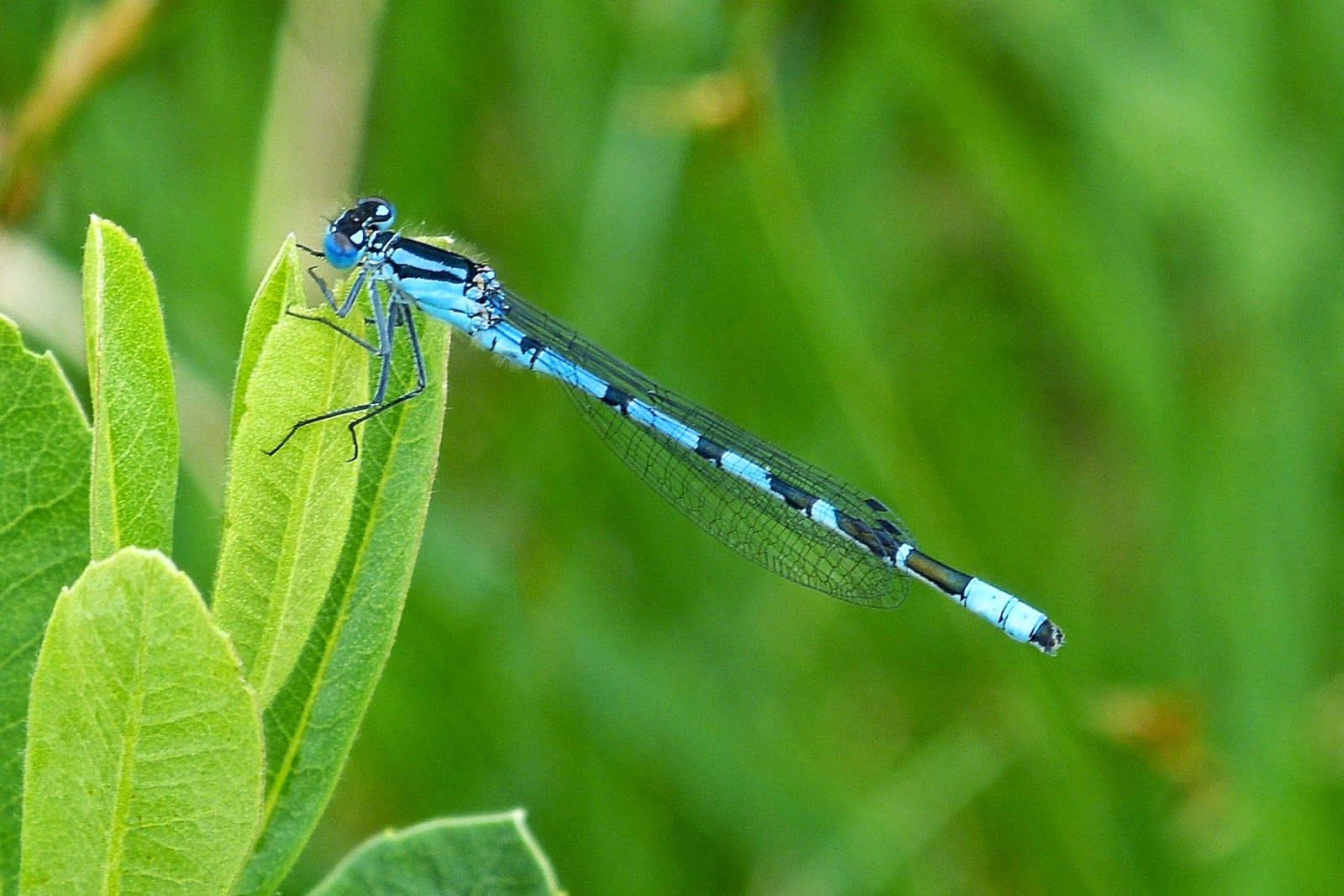 By now, as well as possibly three species of sundew, we'd seen two species of damselfly - but we weren't finished.  As we approached Ockle, we saw this azure damselfly.


Ockle Holidays has holiday cottages at Ockle.
Posted by Jon at 06:00