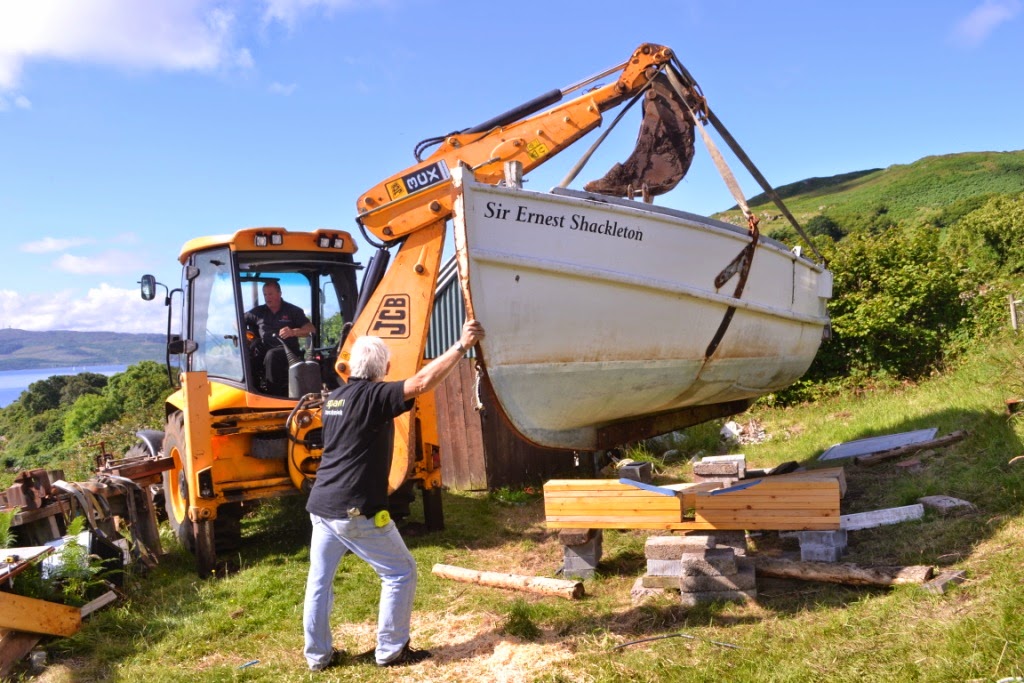 Those of you who are keen observers of what is happening in and around Kilchoan will have noticed that Sir Ernest Shackleton, which has been beside the Ardnamurchan Campsite for some time, has now been moved to a secret location (Ardnamurchan Estate big shed) ready for Graeme Stafford to paint it. Graeme is currently nursing a hangover in a peat bog somewhere near Birmingham with some other Faeries. 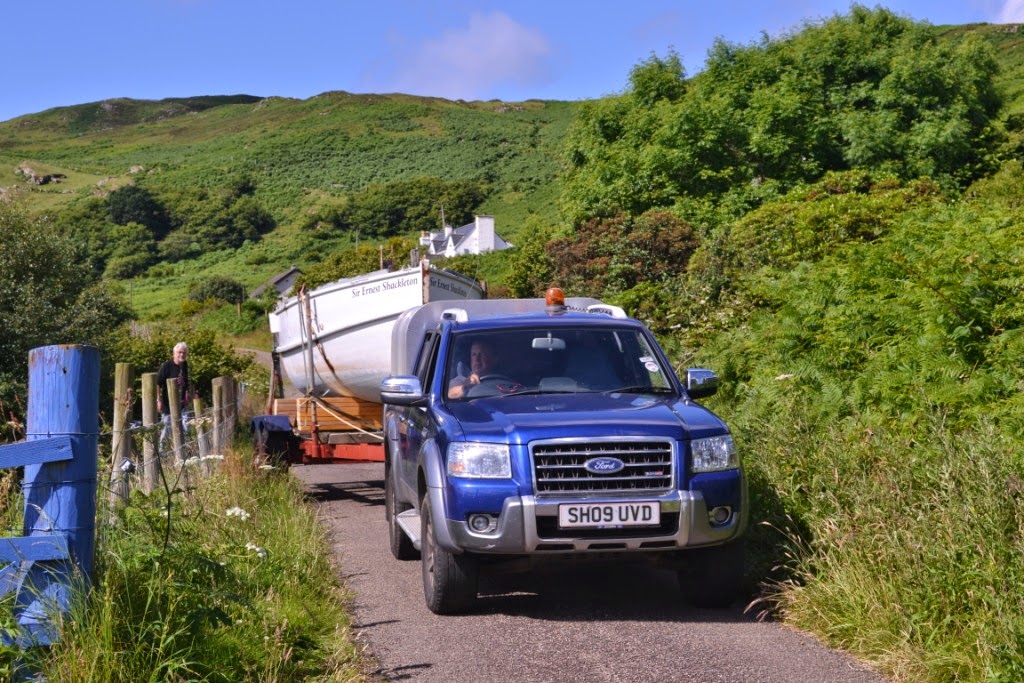 On his return he will be hard at work getting the boat ready for its presentation to the Polar Museum at the Scott Polar Research Institute in Cambridge where it will be on permanent display under a canopy next to the entrance to the Institute. 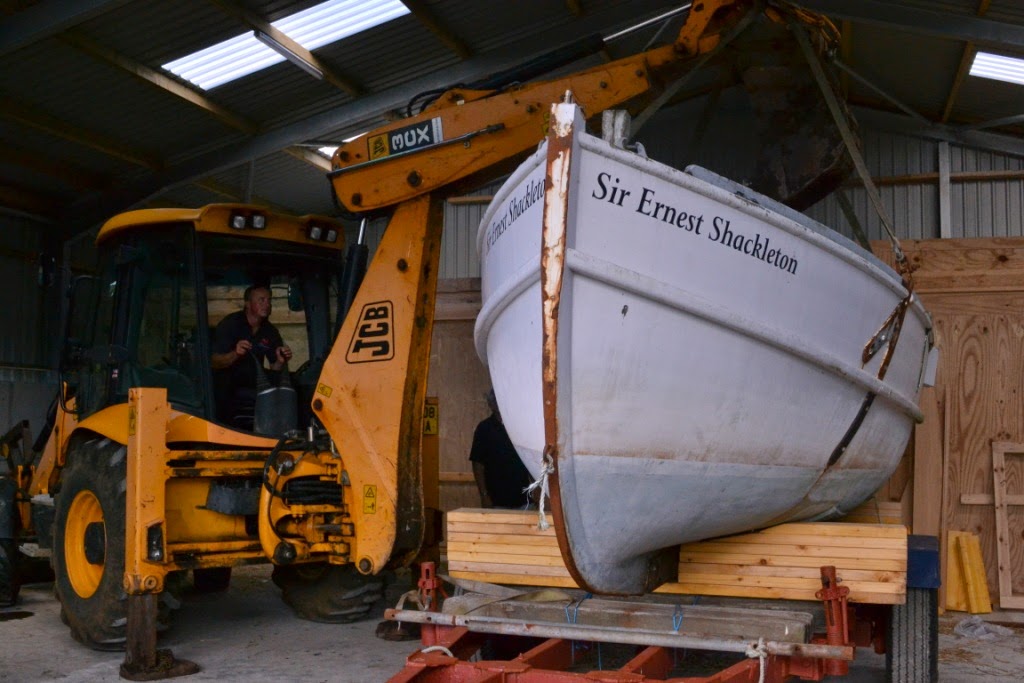 It is fitting that it is going this year, 100 years since Sir Ernest Shackleton set off on his ill fated mission to cross Antarctica from the Weddell Sea to the Ross Sea. 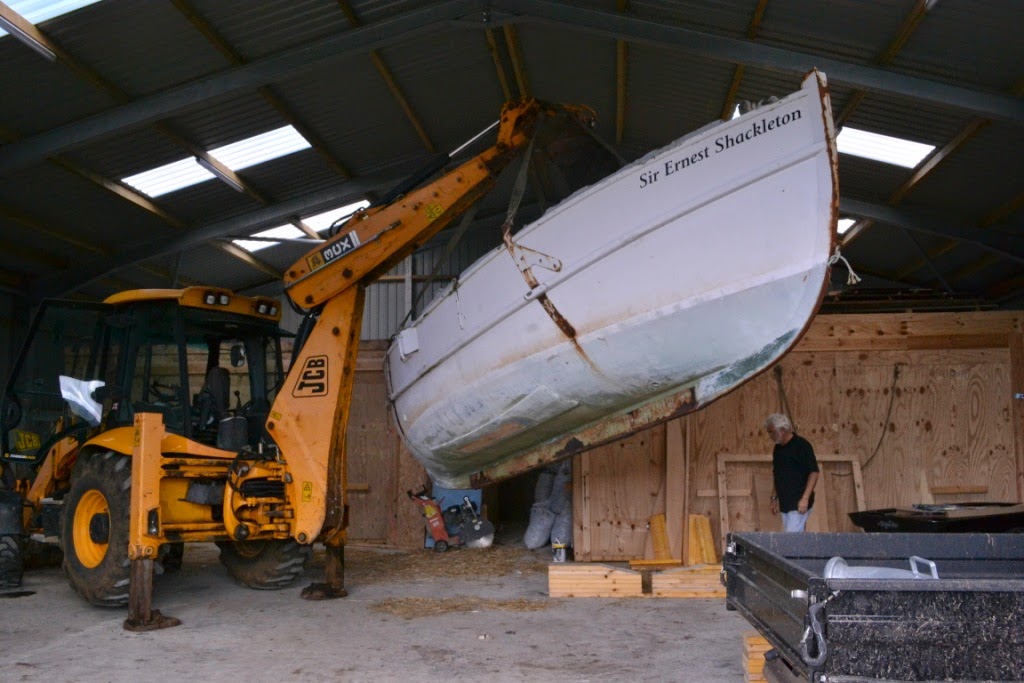 The Sir Ernest Shackleton was built for me in 1993 as an exact replica, in size and shape, of the James Caird which Shackleton used in 1916 to sail 800 miles from Elephant Island to South Georgia to get help for his stranded comrades. I successfully re-enacted that journey at Christmas 1993 with Rob Egelstaff, Vic Brown and Chris Smith. 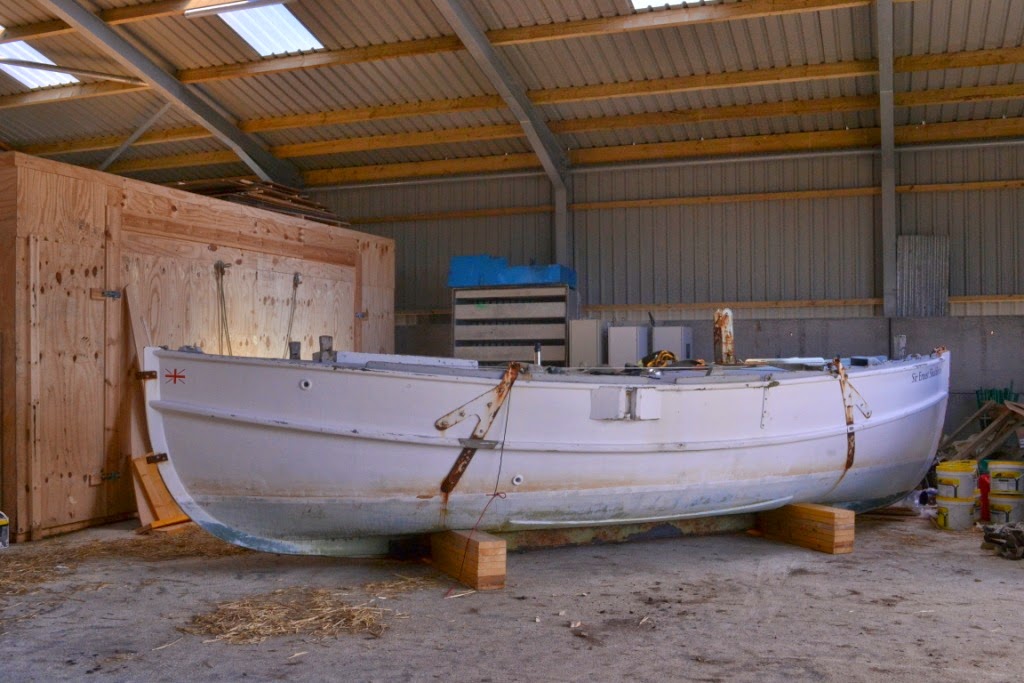 Hughie MacLachlan and Rob Bolton did a great job getting the boat on and and off the trailer and up to the big shed. Dochie Cameron loaned me his big trailer, Ricky Clarke smoothed the way at the Ardnamurchan Estate office, and Donald Houston kindly agreed to me putting the boat under cover in his big shed. Many thanks to all concerned. Anyone heading down south to the Cambridge area in September in a truck please get in touch.


Many thanks to Trevor for report and pictures.
Posted by Jon at 06:30