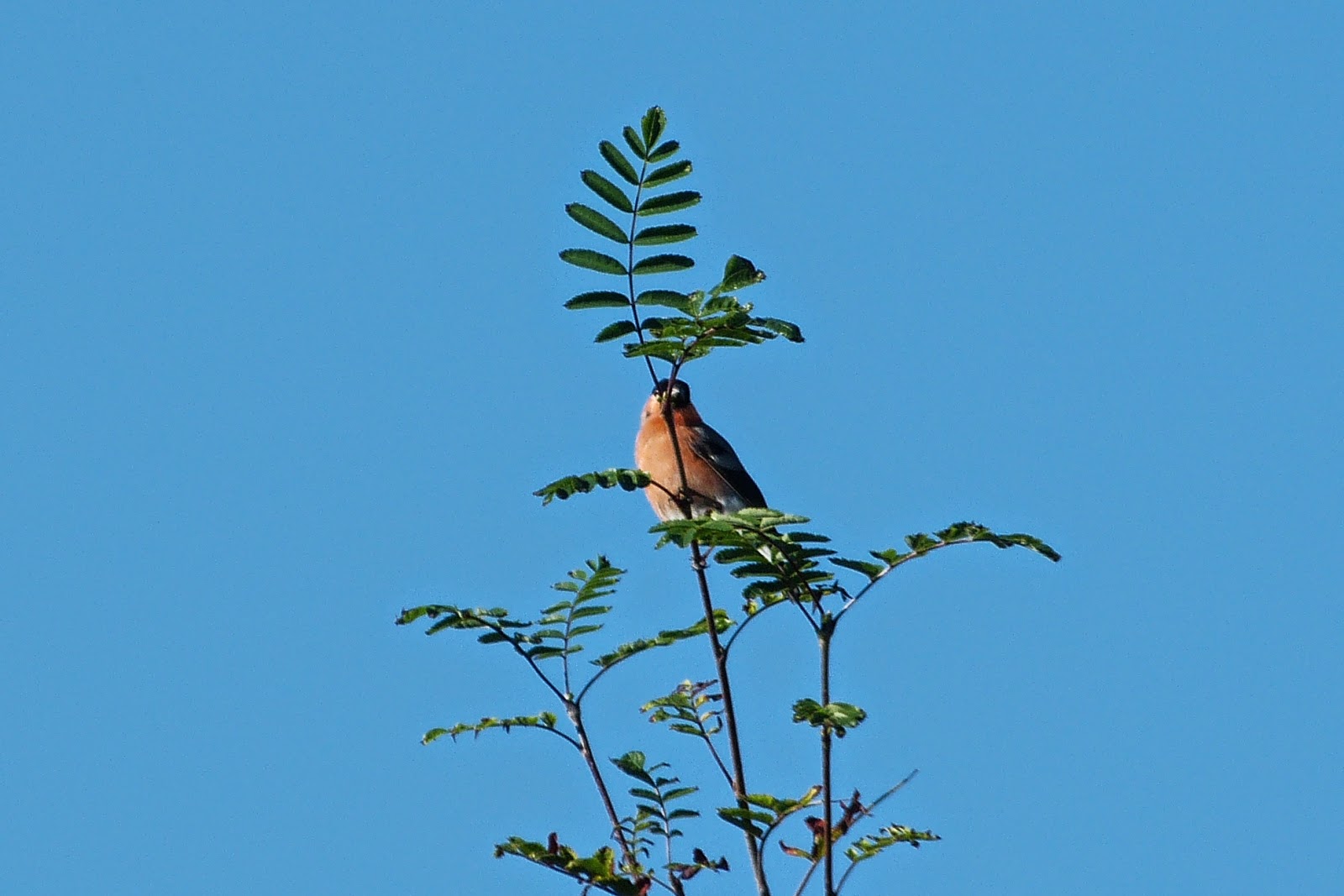 There are no bullfinches on West Ardnamurchan.  The Raptor has, on several occasions, maintained that he's seen them, and even produced a couple of photos of bullfinches which, one suspected, were probably taken on one of his trips to the eastern side of Scotland. 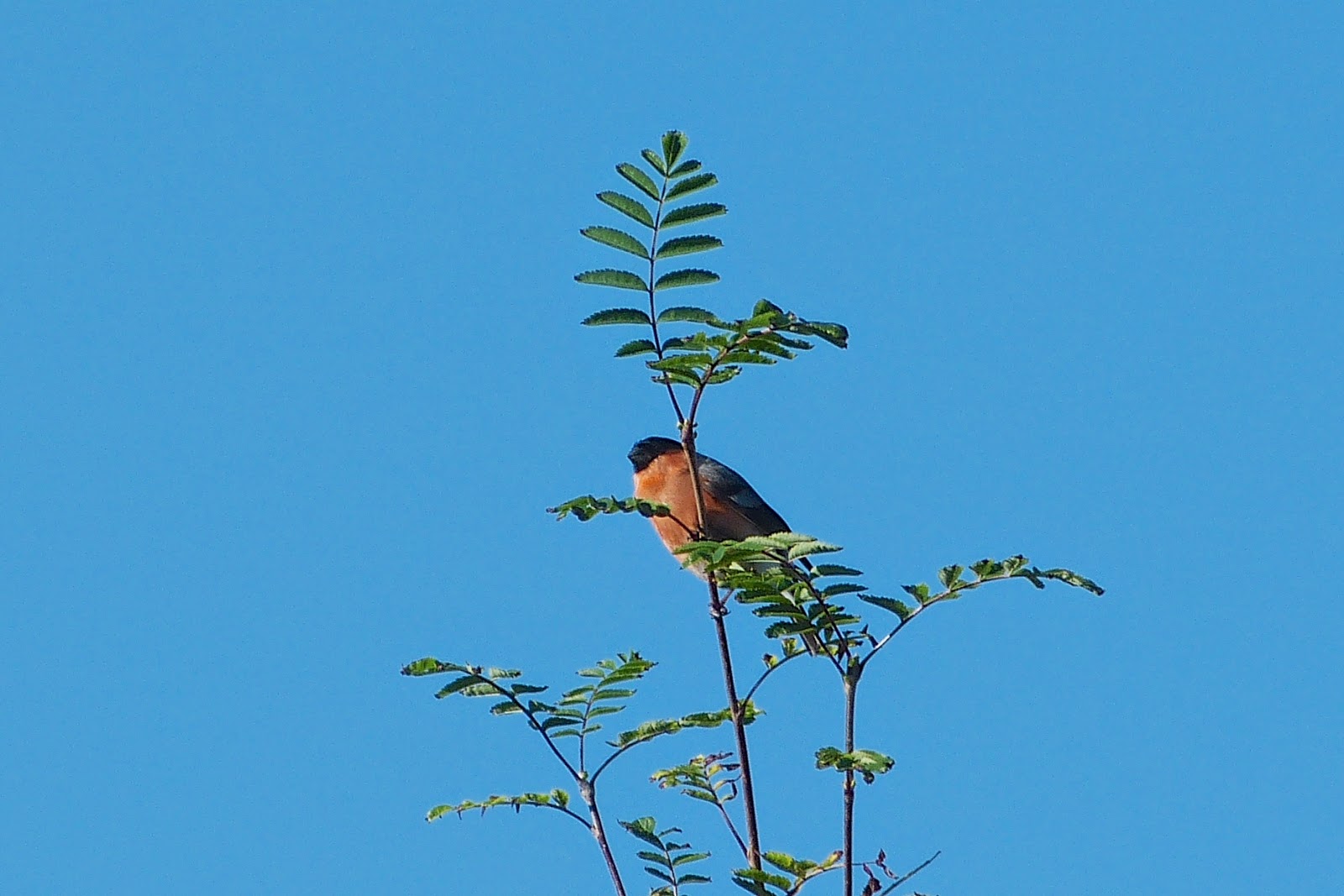 So the Diary was left having to eat some very humble pie when, yesterday evening, a very big, very smart male bullfinch landed on a rowan tree not fifty metres away.  It didn't look very settled, flying away quickly, so it may well be an east Scottish bullfinch which had lost his way and is, at this moment, hurrying back home.  But no longer can it be maintained that bullfinches can't be seen on West Ardnamurchan.
Posted by Jon at 06:30