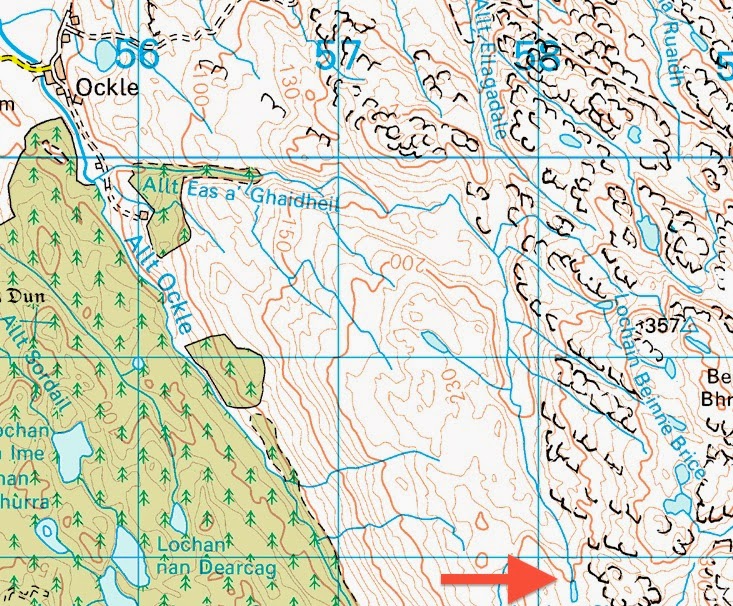 With the forecast good, we set out last Sunday for a walk in one of the most wild and spectacular parts of West Ardnamurchan, the high land to the southeast of Ockle.  As usual, we had an objective in mind, the small, un-named lochan marked with the arrow.  All the land here is underlain by one-billion year old Moine Schists yet, as can be seen from the map, the topography changes sharply along a north-south line that follows the Allt Eilagadale and the upper reaches of the Allt Eas a' Ghairdheil. 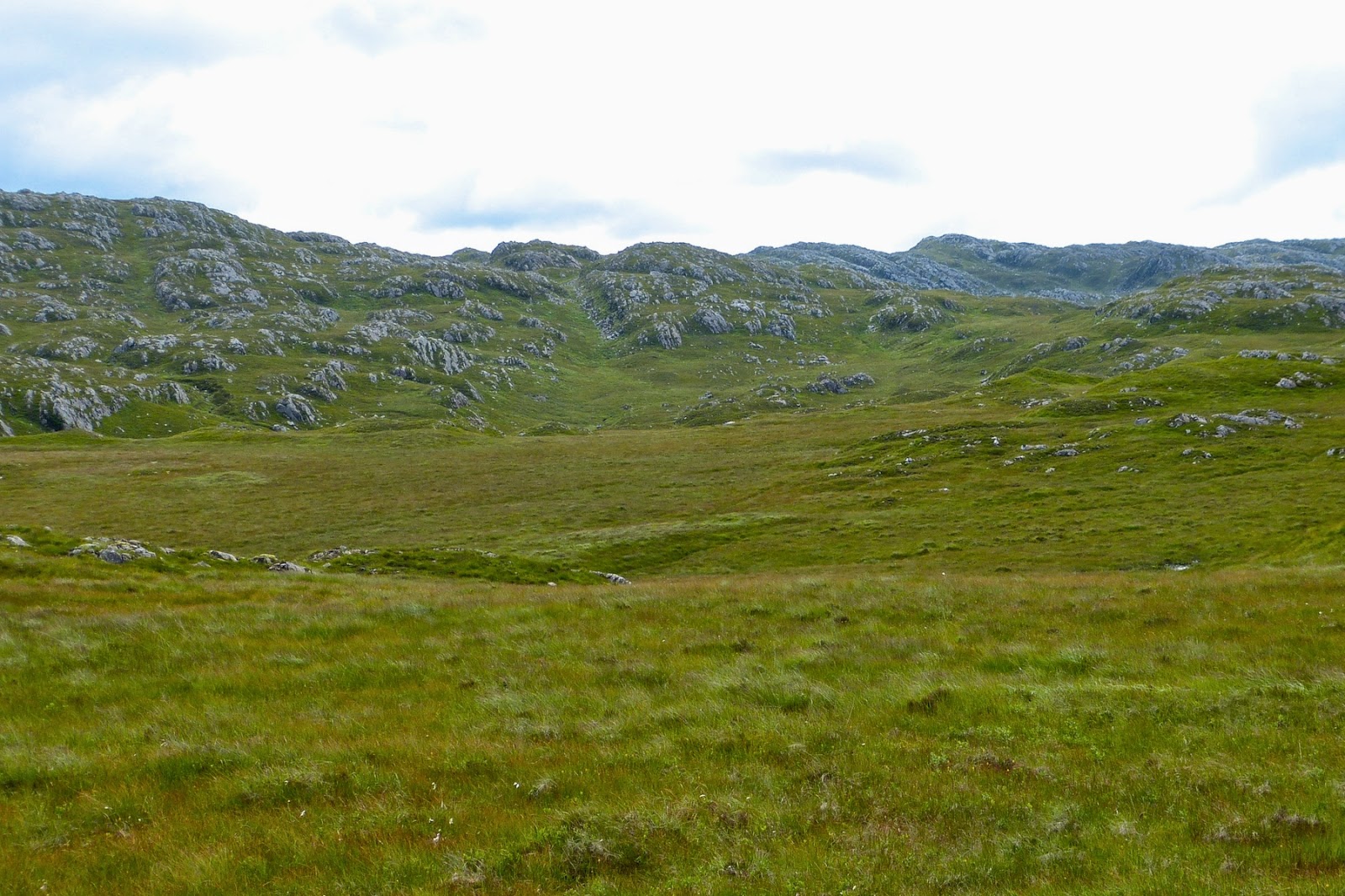 This picture shows the divide clearly with, in the distance, the higher, barer and wilder land that forms the ridge that peaks in Beinn Bhreac.  The lochan we were aiming for is hidden on the edge of the barer land at the centre of the picture. 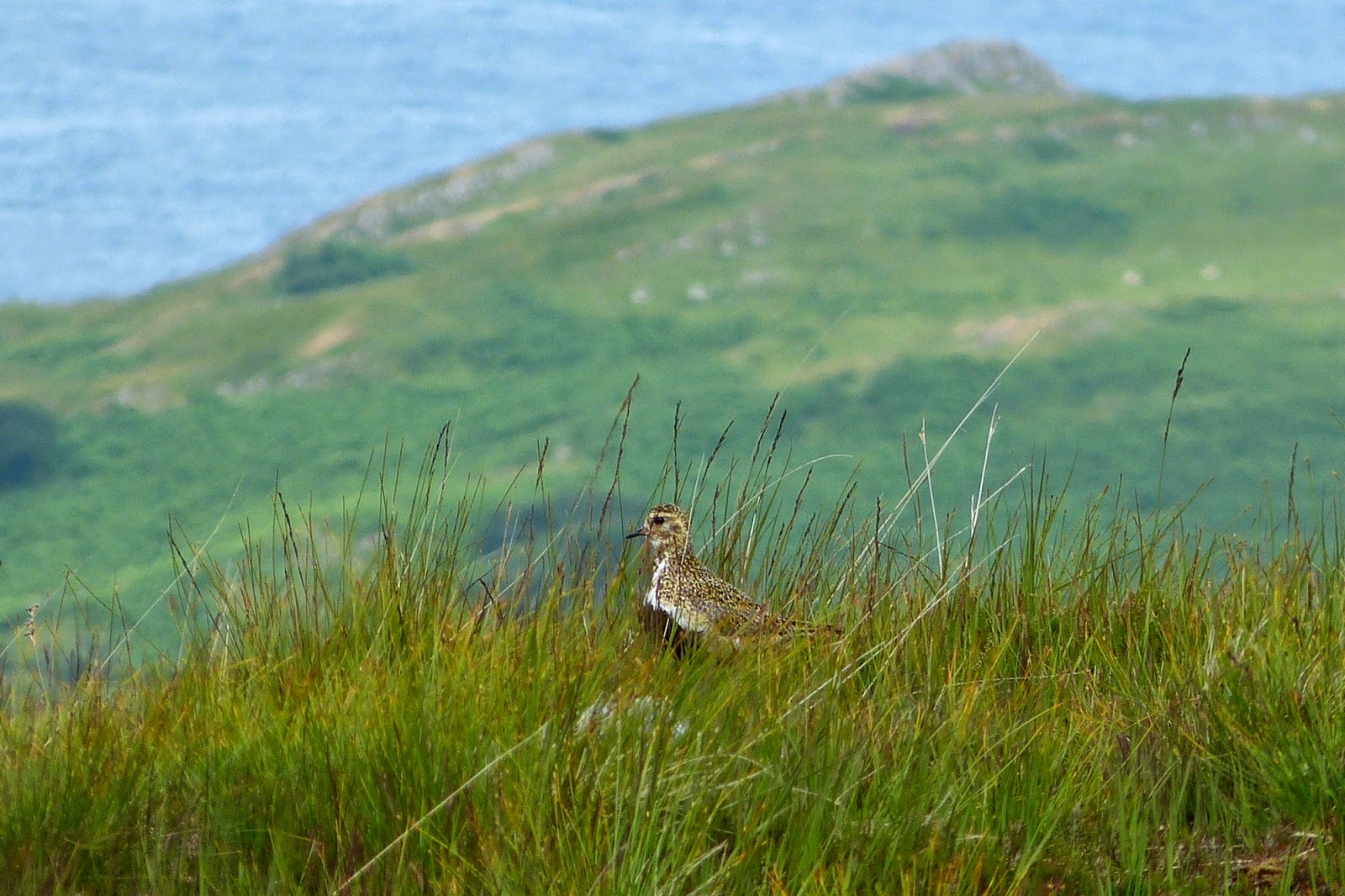 This is an area which is left to the wildlife.  One wonders, in any year, how many people venture into it, other than Dougie Cameron, the farmer who lives at Ockle and runs his sheep in these hills.  So there's plenty to see, even on a grey day.  This is a very worried golden plover who, with his mate, scolded our intrusion for some time as we passed. 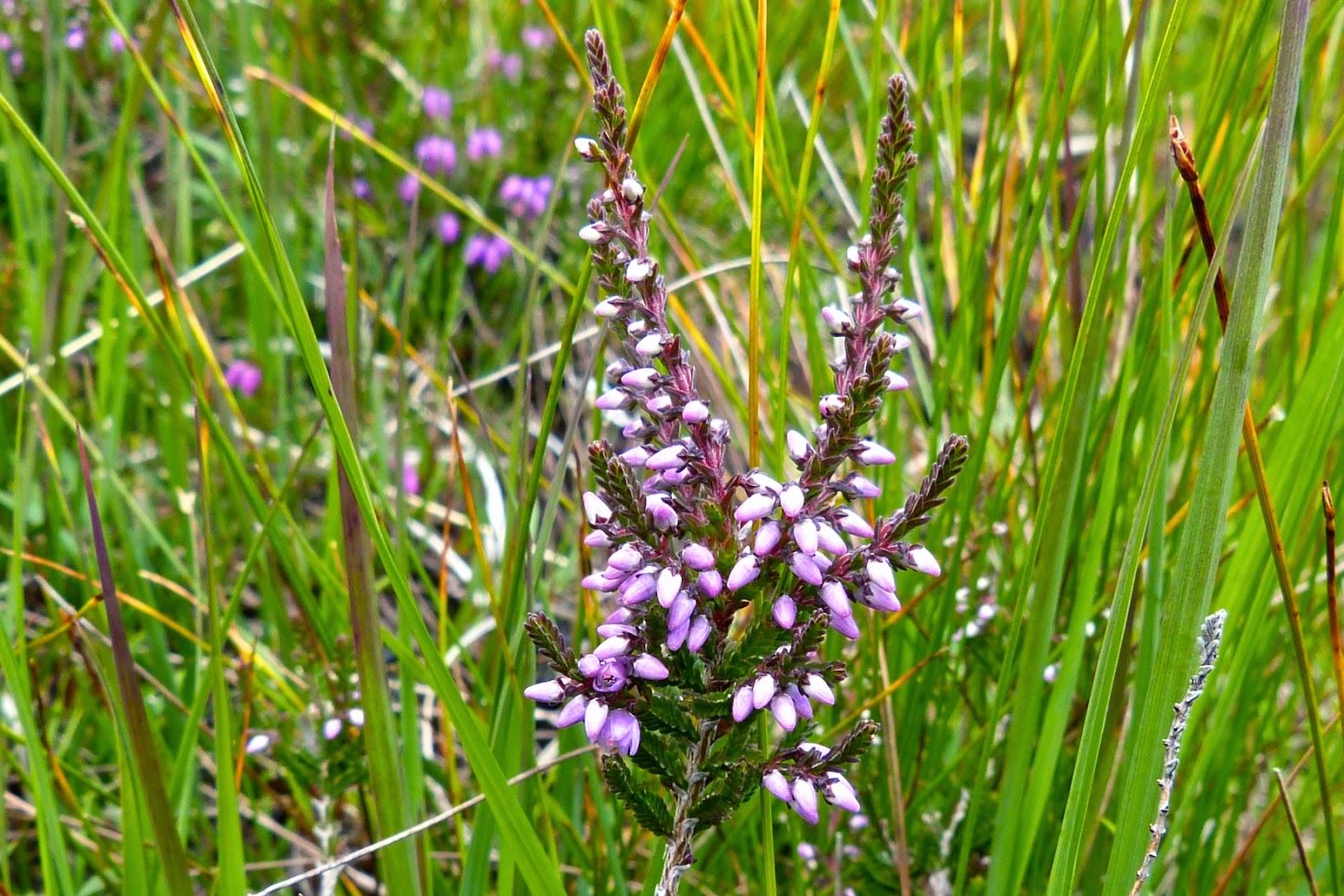 The bell heather and cross-leaved heath have been out for some time, but we found the first of the ling in flower.... 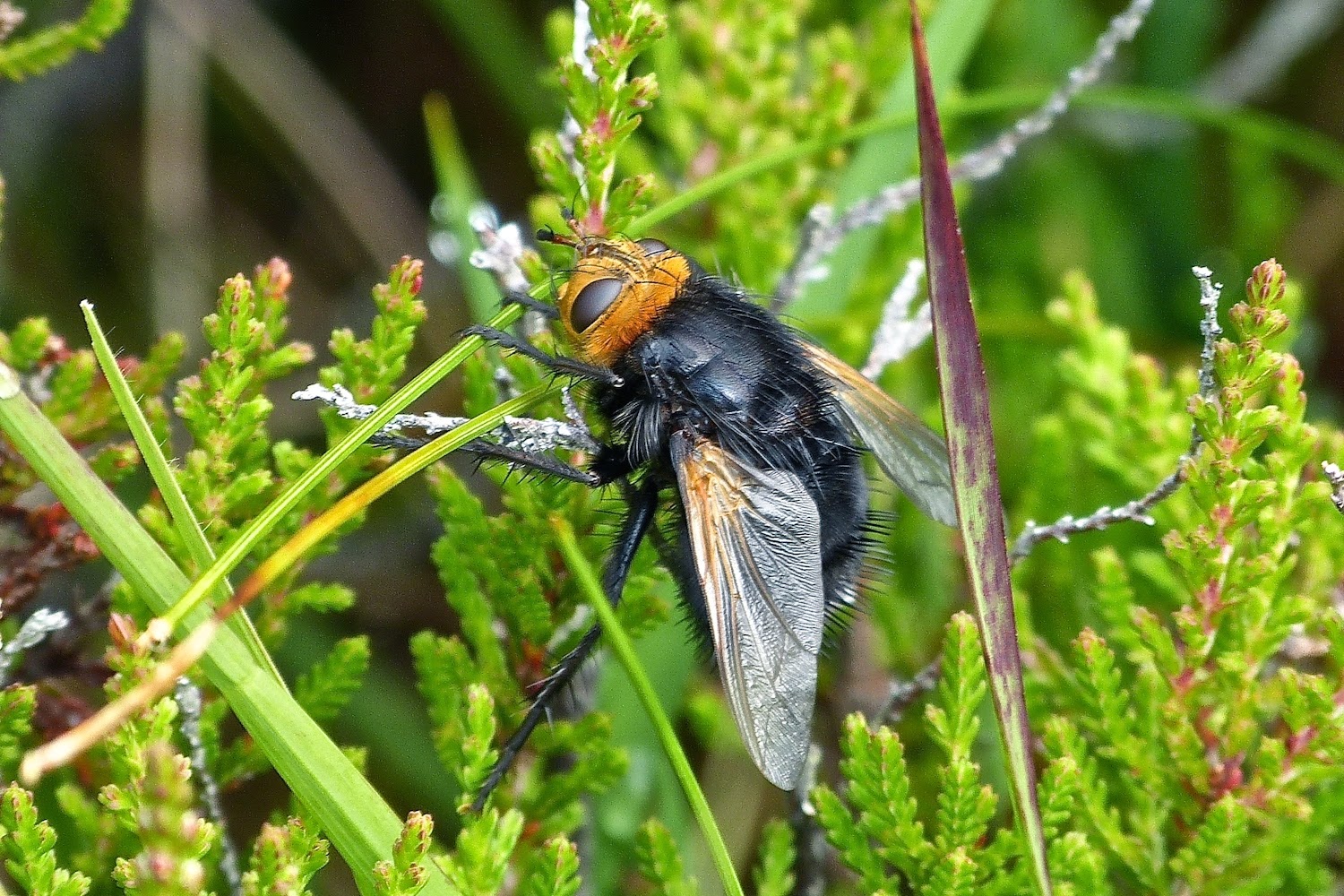 ....and this beastie, which we took to be a bee but, on closer inspection, might be anything from a hoverfly to a bee to a fly.  'Orange headed fly' should have produced something on Google but didn't and, despite a long attempt to find him, we still don't know what he is. 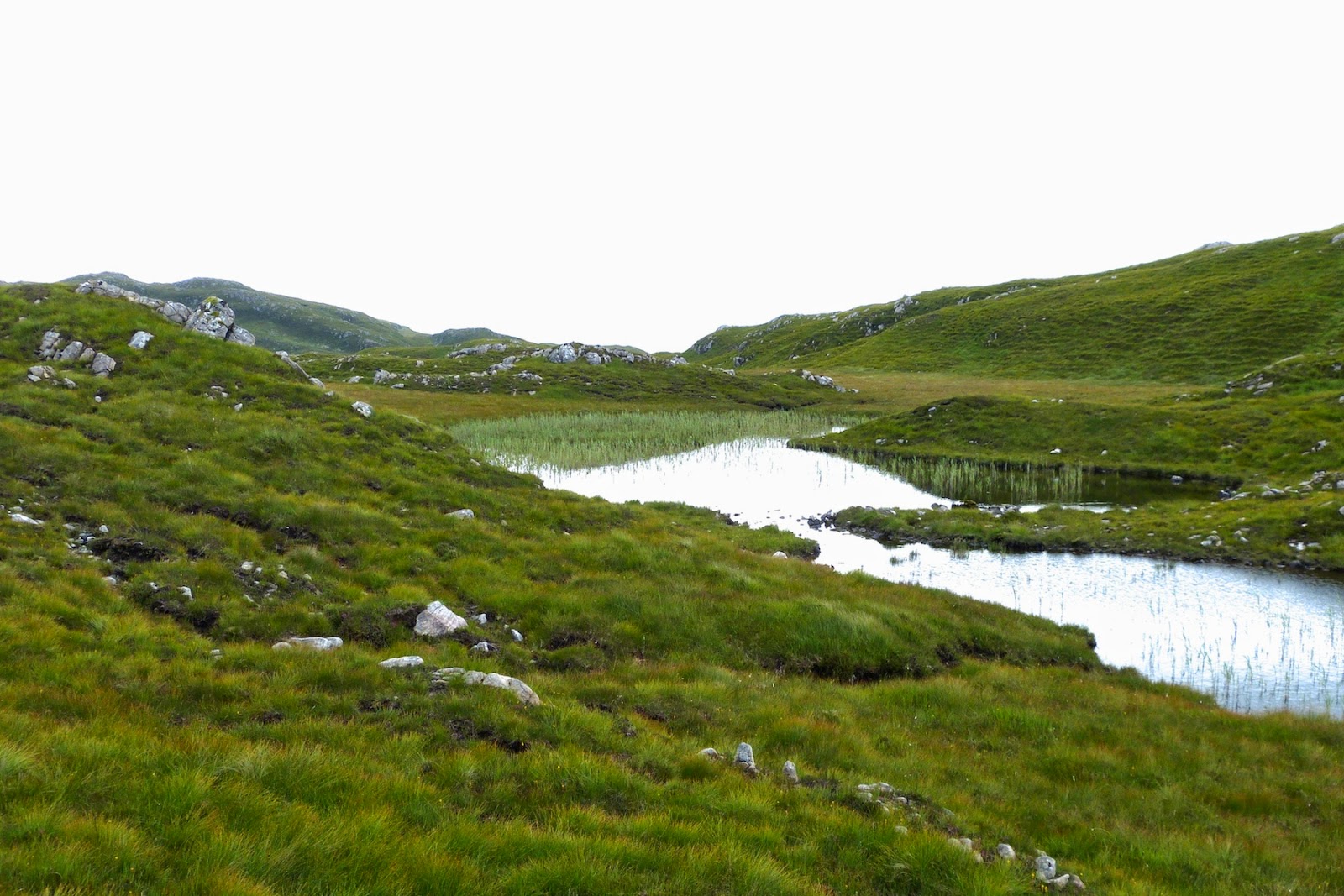 The lochan, once we found it tucked, as it is, into a fold of the land, is a wonderfully peaceful place, and we should have been contented, sitting beside it and enjoying the stillness.  But we're restless animals, we humans, and there's always something else over the next hill.... 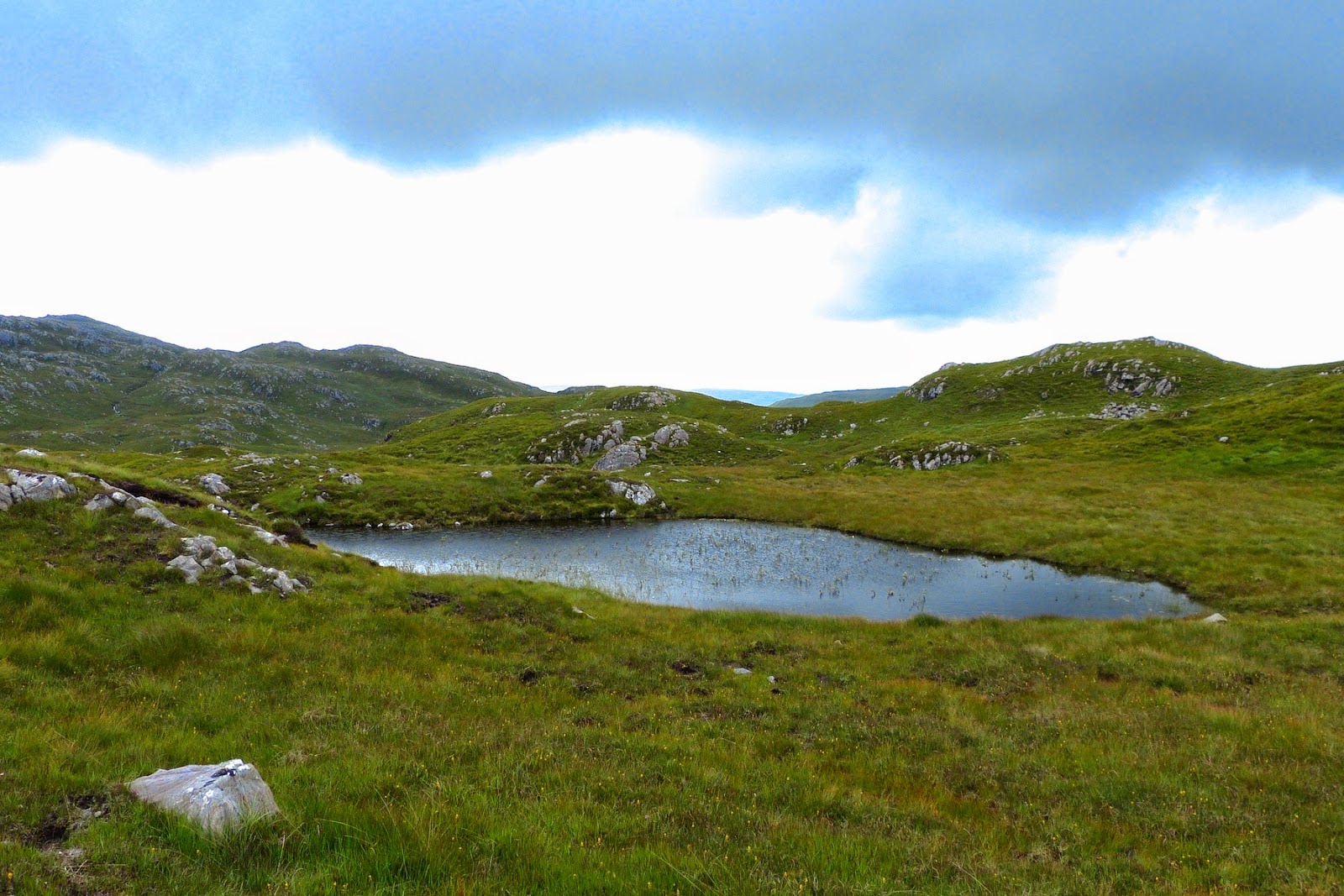 ....like this little lochan, just to the south of the first and off the map at the top of this entry.  In it we recognised bog bean and.... 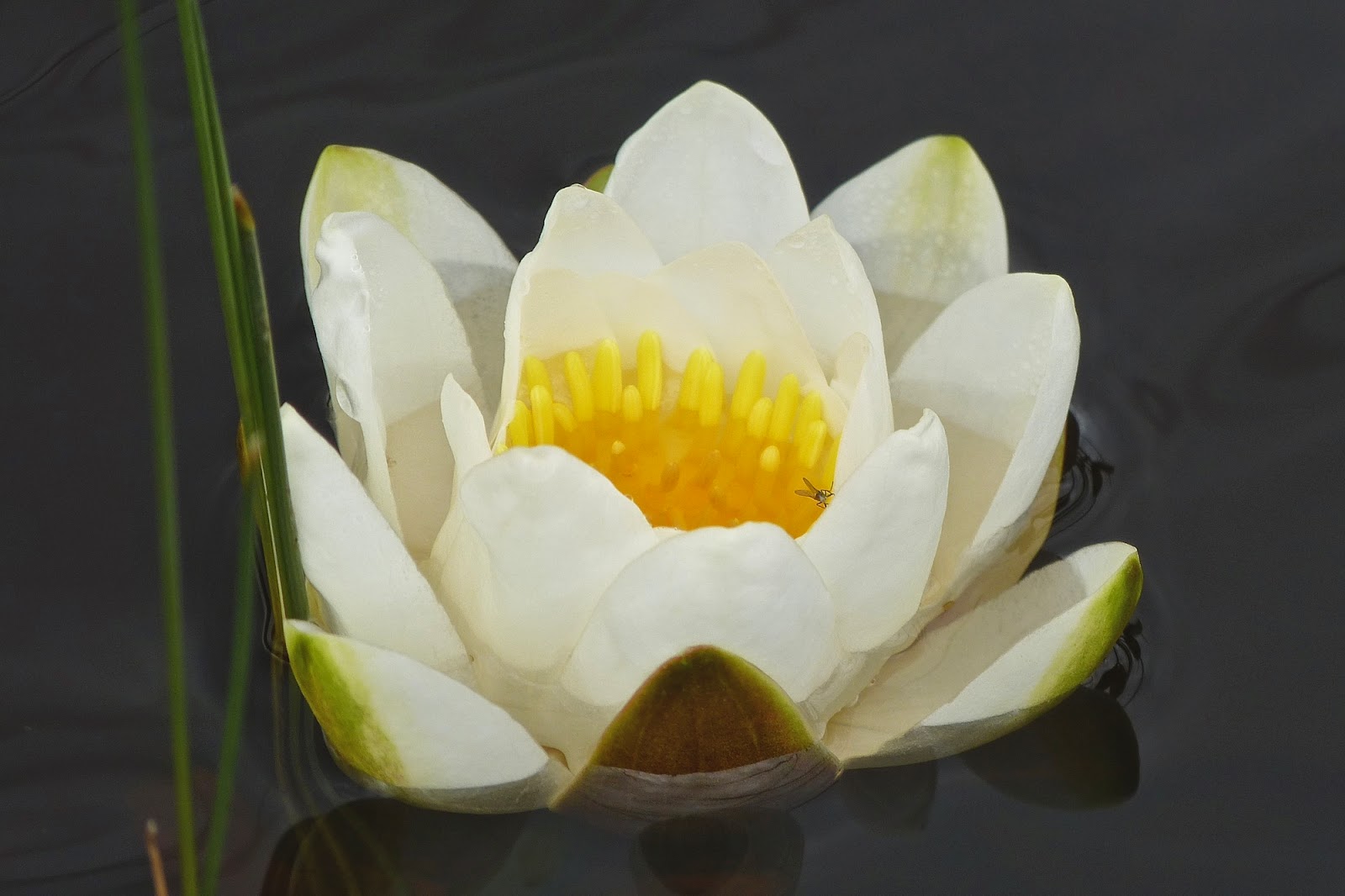 ....a small patch of lilies in flower, this one being visited by a tiny fly.  Such a peaceful place, but a glance at the map showed yet another lochan just away to the east so.... so it had to be visited.
Posted by Jon at 15:36