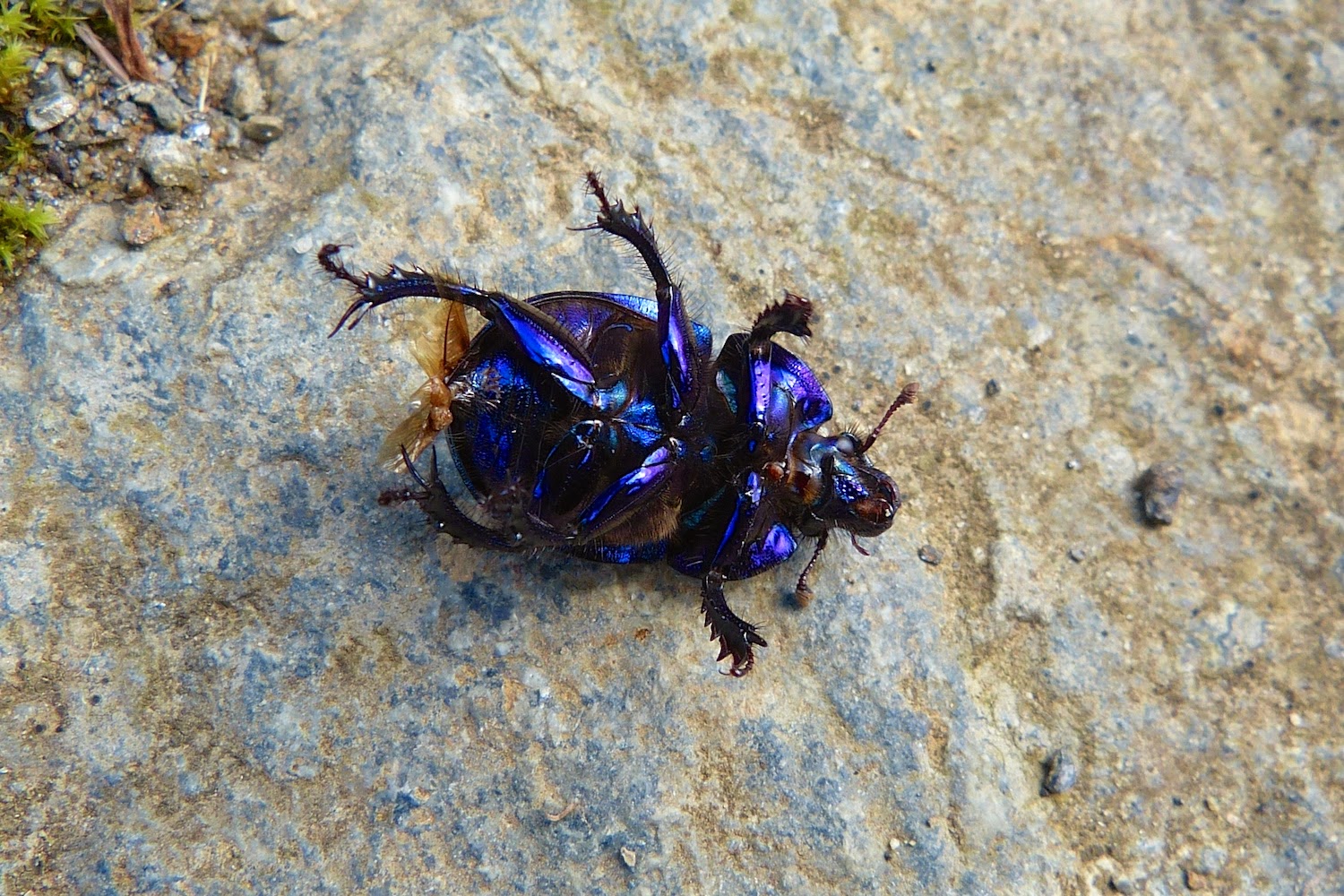 We were walking along a track the other day when we came across this beetle lying on his back on a rock in one of the ruts.  He had a stunningly blue tummy, and was obviously alive as his legs were waggling around in the air.  So, being nice people, we turned him right-side-up. 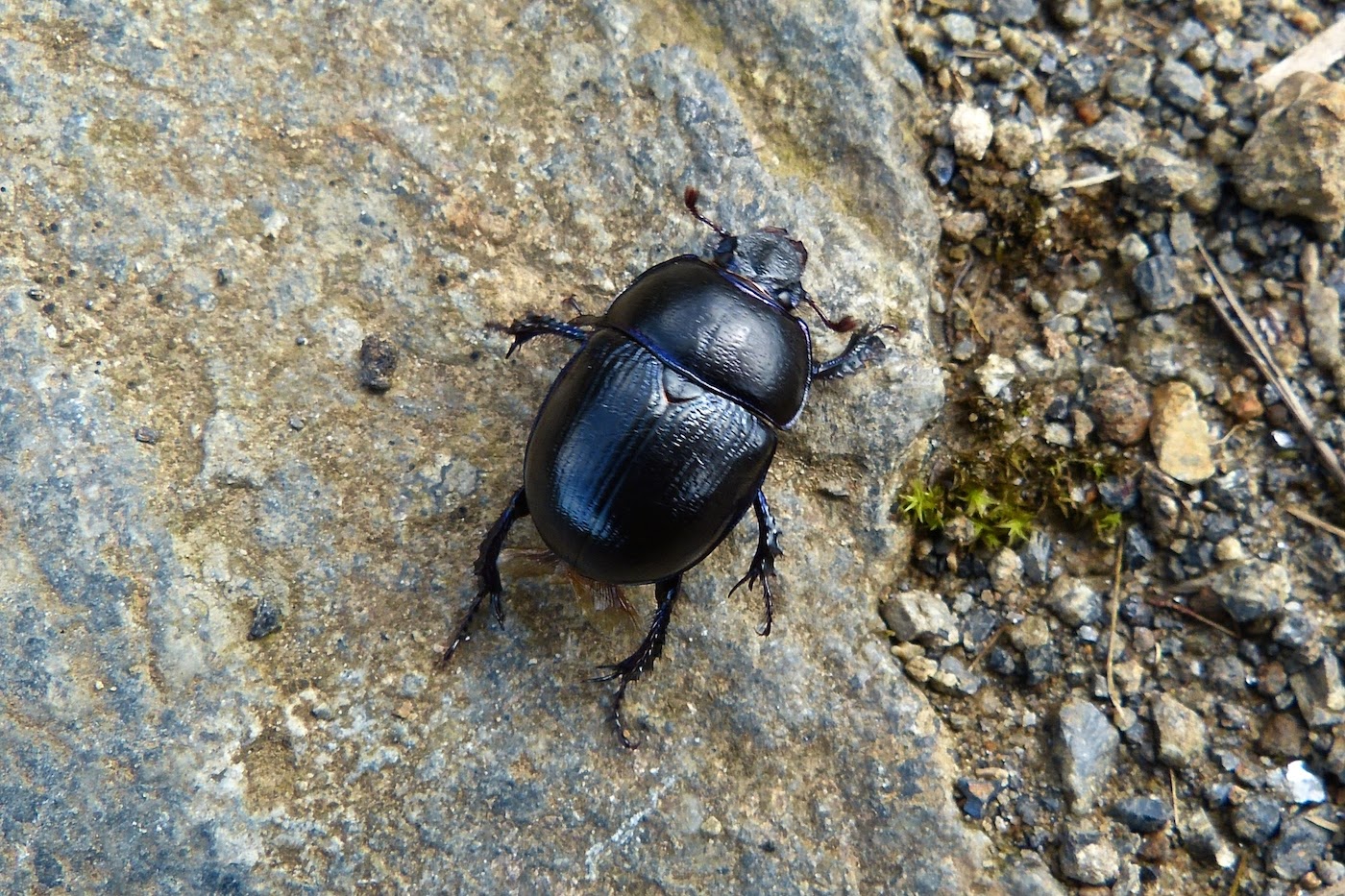 He set off, very unsteadily, but we noticed that his wings were partly showing.  In our experience, beetles are usually very neat about stowing their wings under their wing cases, so we began to suspect that something was wrong. 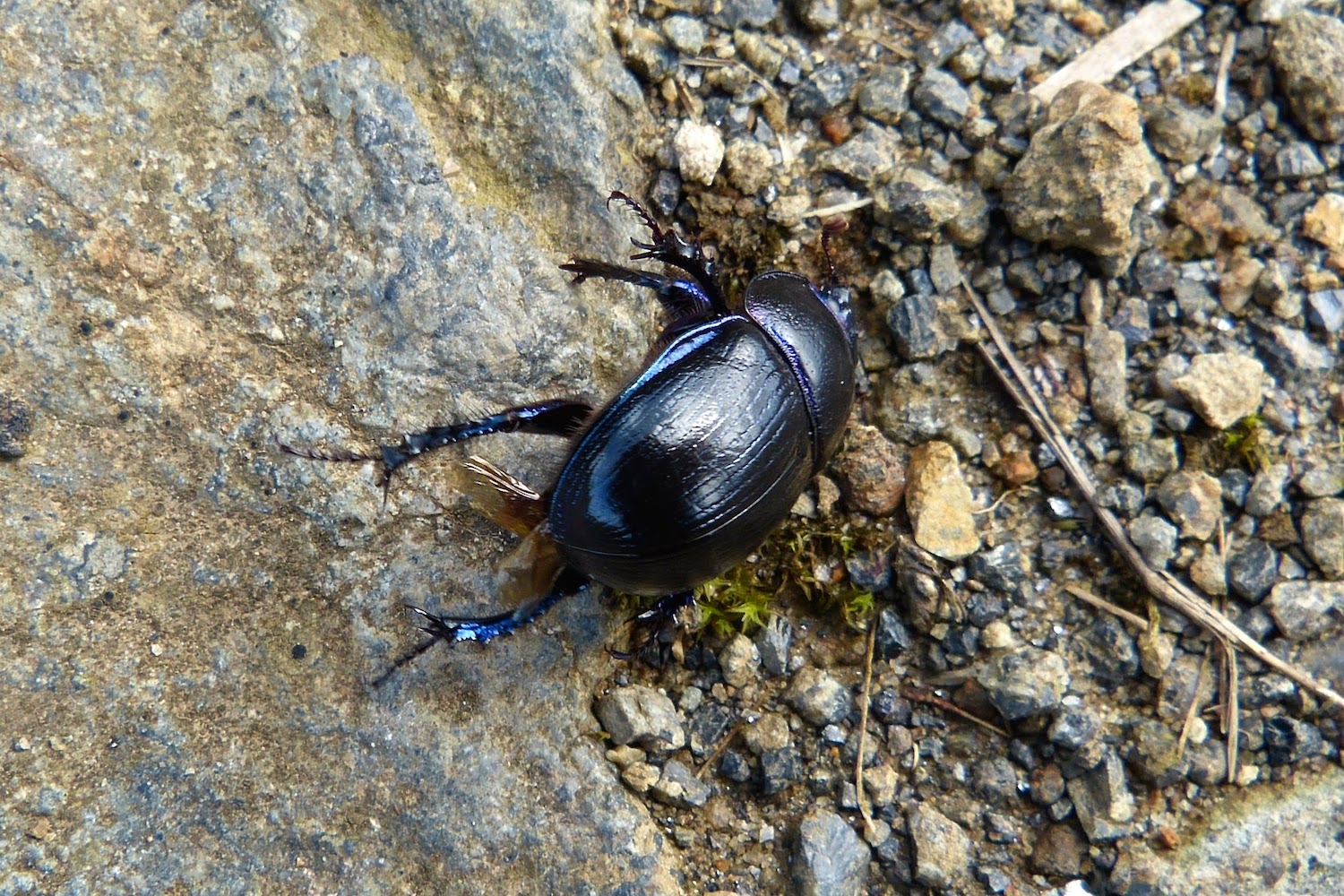 The beetle - we think he was a dor beetle, a type of dung beetle - staggered a few more steps and then, very slowly, began to fall over.  The Diary has seen a few drunks in its time, and this was something very typical of that subspecies of the human species. 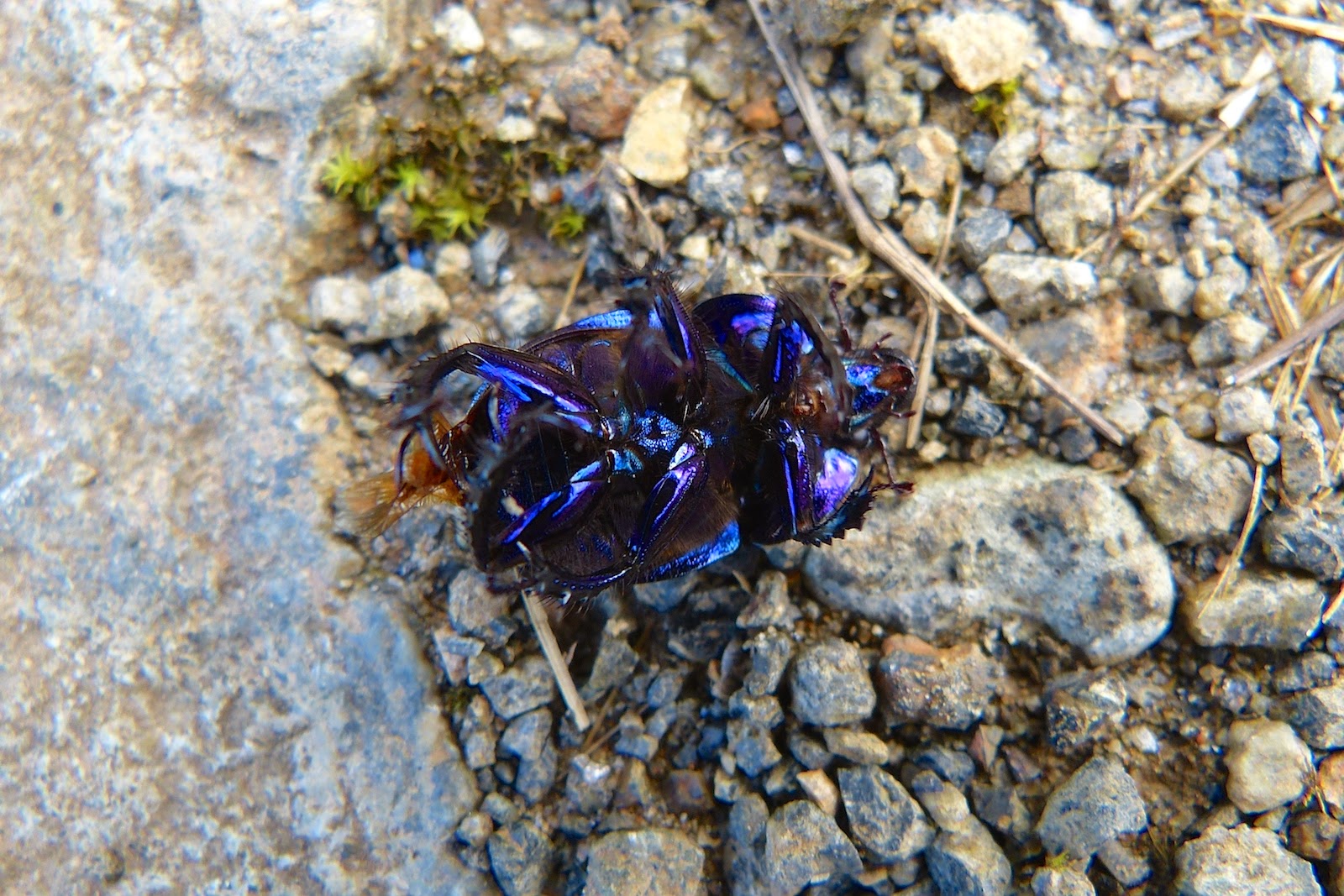 The beetle was back to square one, lying on his back waving his legs in the air.  We tried righting him a couple more times, but the same thing happened.  In the end we lifted him gently off the track and lay him on the grassy verge so he wouldn't get run over.

Further along the track we found half-a-dozen more dor beetles, some apparently drunk, some lying dead on their backs, and some already squashed flat by passing cars.  We wonder what sort of nectar they'd been on and, on a slightly more serious note, worry that they may have been poisoned by an insecticide or something similar.
Posted by Jon at 06:00