I loved the photos from Marietta Hughes, here, especially because we didn’t get up to Ardnamurchan this year as Mull called.

The sunsets in the North at this time of year are fantastic and I can vouch for the days of clear skies - not wanting to sleep for the dawns at 4:00 and the dusks at 11:00.

We have had several holidays in your area before, in Glenbay on Loch Sunart and for many years on Loch Teacuis (where the boat kept the family happy and mackerel-fed).

The North side of Ardnamurchan looked a bit forbidding on the map, but being free of school holidays and looking up the angles of sunsets in June we went to Achateny in 2011 and then Fascadale Cottage in 2012 and again in 2013.

In 2012 we travelled up a day early and stayed in Craignure before Tobermory and the ferry over.

In the harbour we noticed what I thought was the coolest boat with a Blue Ensign I think it has escaped your gaze, Jon, and I cannot find it in the records. 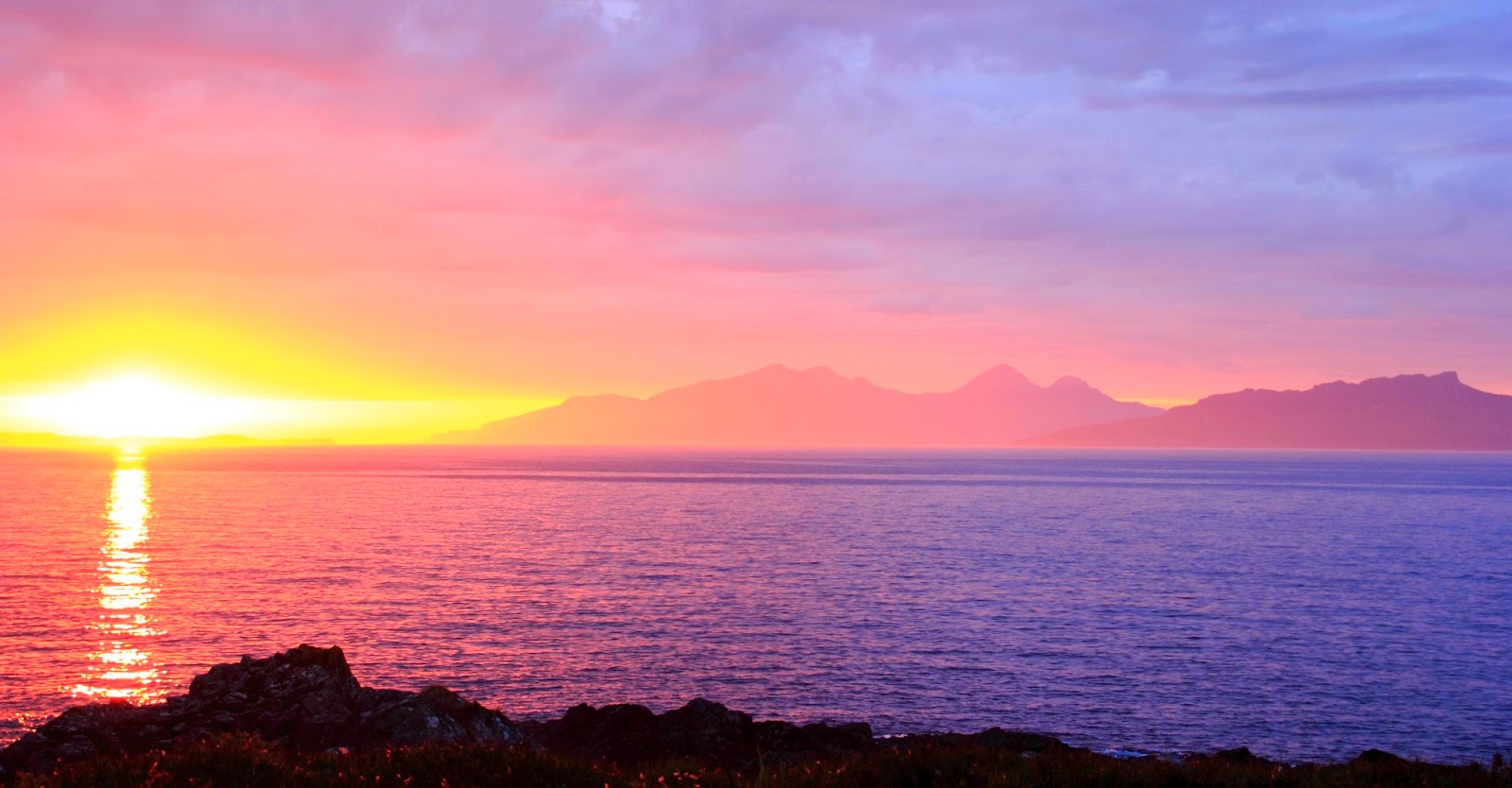 The first night at Fascadale gave us a light show that lasted for over an hour, after the high cloud gave way to the sunset. 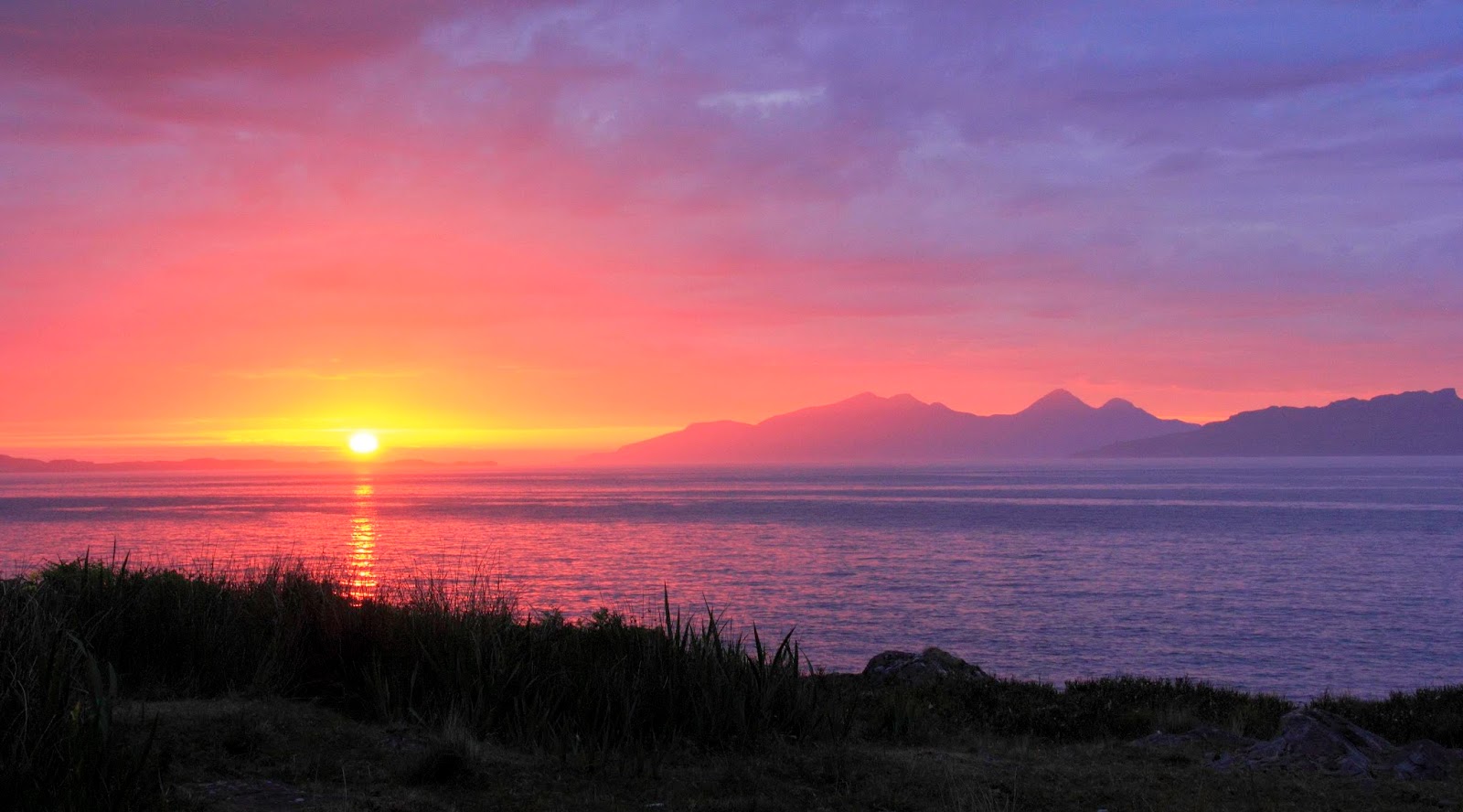 In fact we noticed that although the western part of Ardnamurchan would be in the sun, a glance to the east would see a dark mass of cloud toward Fort William. 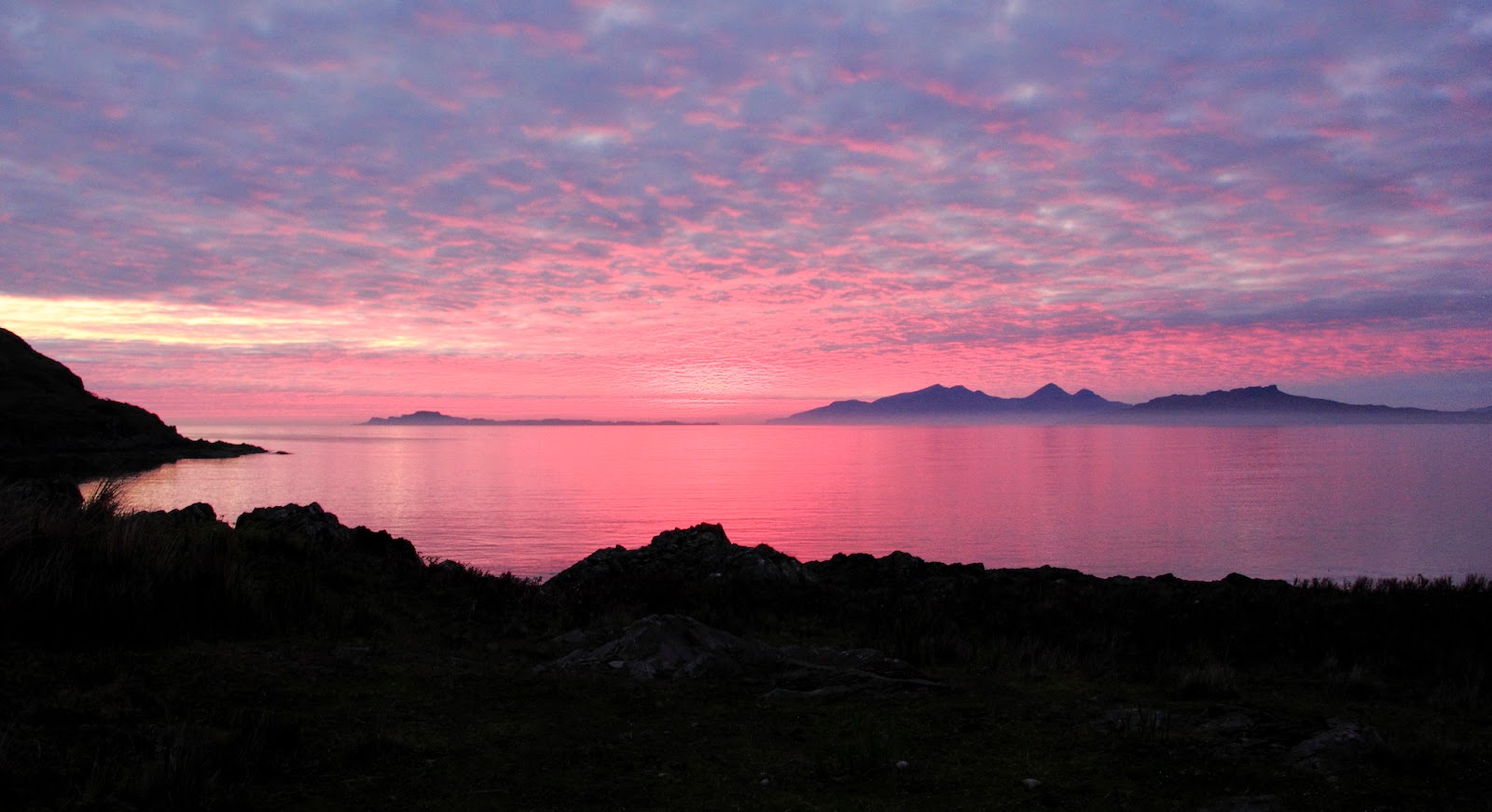 Sunsets became the norm for our holidays in the north in June. 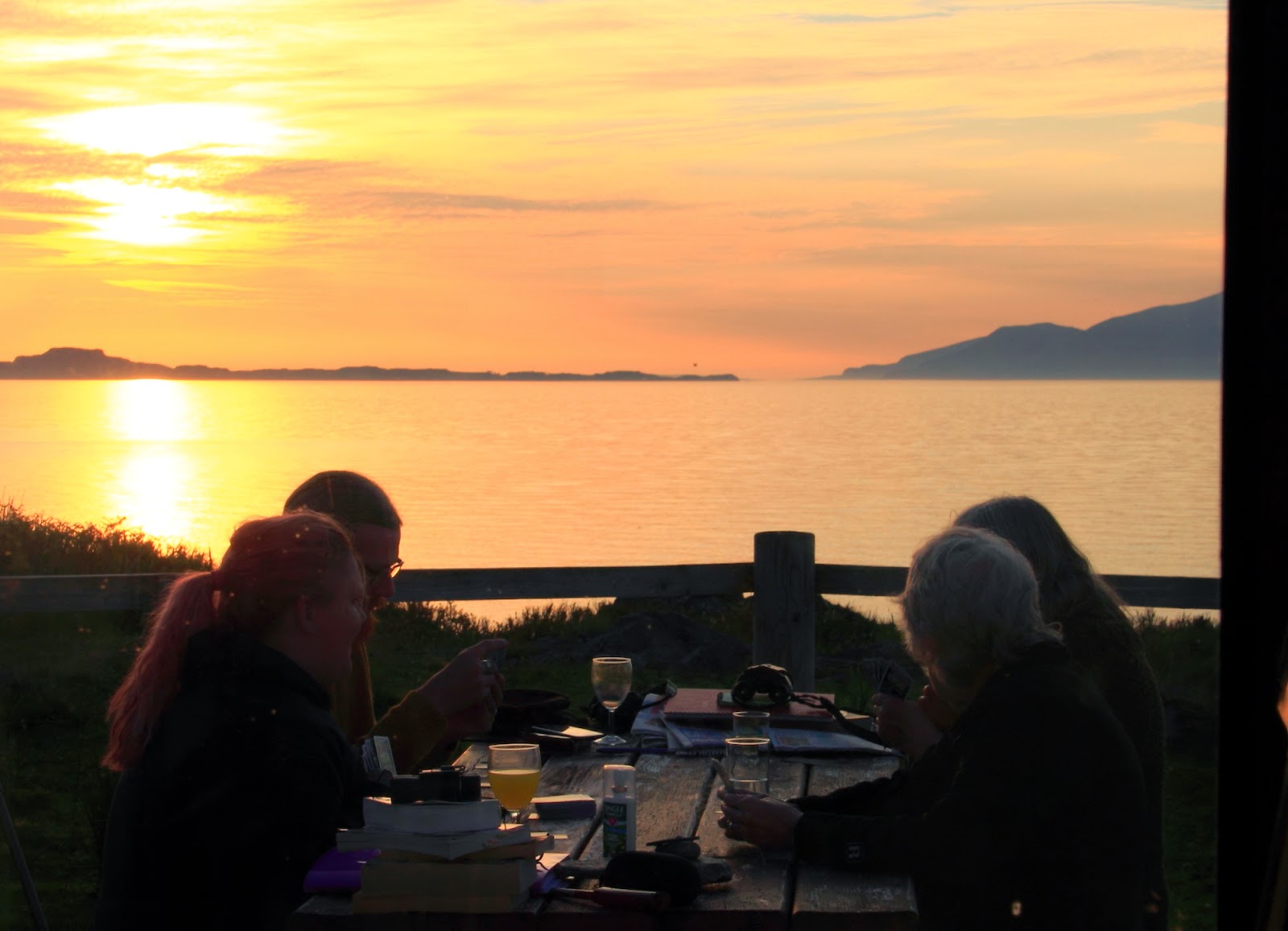 For those living on the south side of the peninsula, you must console yourself with the sunrises in winter (when at least it is at a civilised hour) and the fact that you can walk to the shop.

As I said, Mull beckoned this year but we hope to be back soon. There were consolations though: this picture of a sea eagle was taken on a Mull Charters trip from Ulva Ferry - highly recommended.


Many thanks to Ian for pictures and words.
Posted by Jon at 06:00