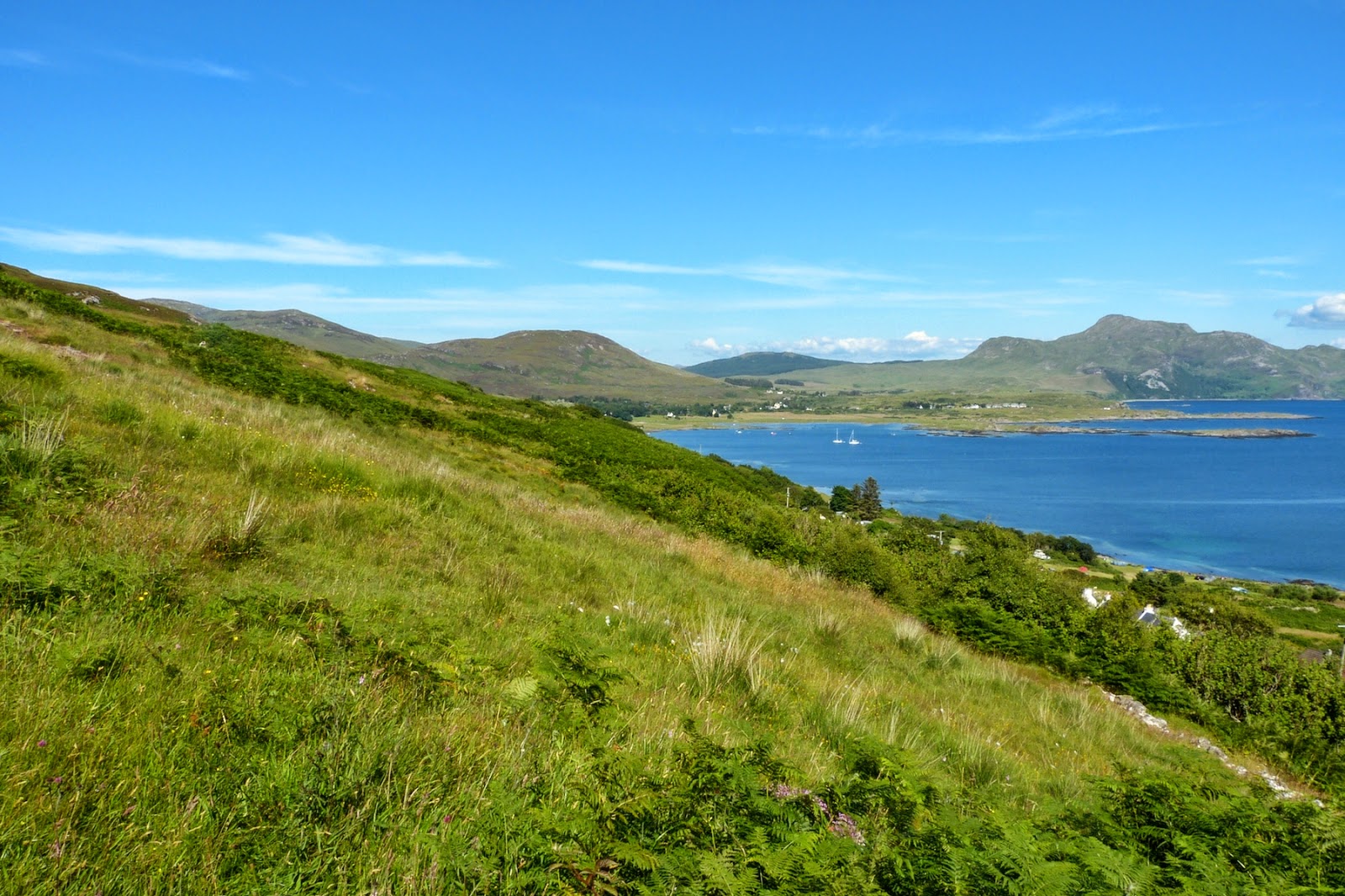 Each Ormsaigbeg croft runs in a strip from the shoreline up to the area of open land, held in common by the crofters, called the common grazings.  On the crofts near our house, the higher land close to the common grazings is little used and has yet to be invaded by the bracken and brambles which consume much of the lower land near the road, so it remains as open meadow. 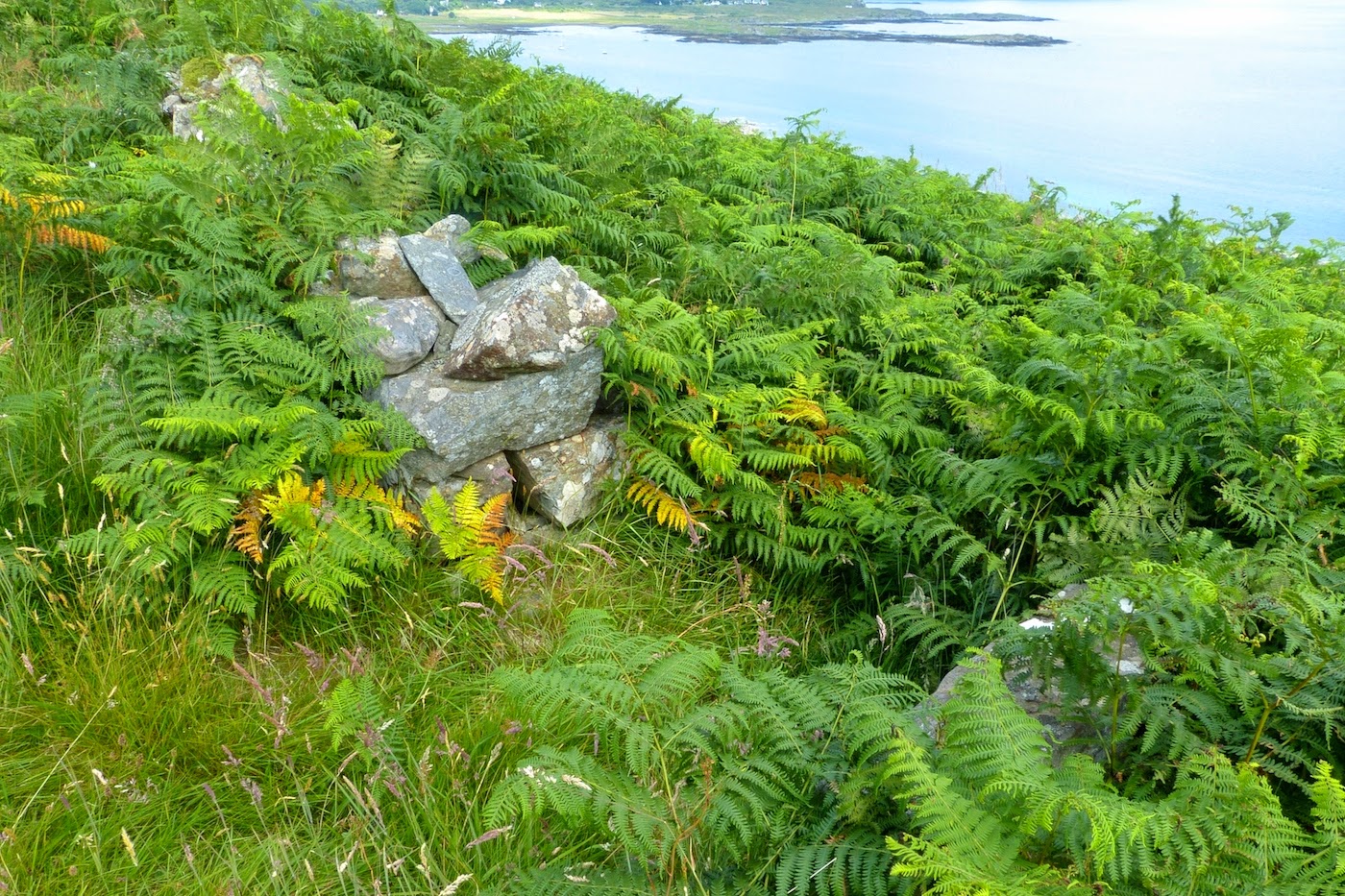 When the crofts were first apportioned after the clachan of Ormsaigbeg was cleared some time after 1828, the new croft owners had to build a stone wall to separate their crofts from the common grazings.  Some of that stone wall has collapsed, and it varies in quality along its length - presumably depending on the skill of each crofter in wall-building.  In this picture, a small gap in the wall is visible, once closed by a gate. 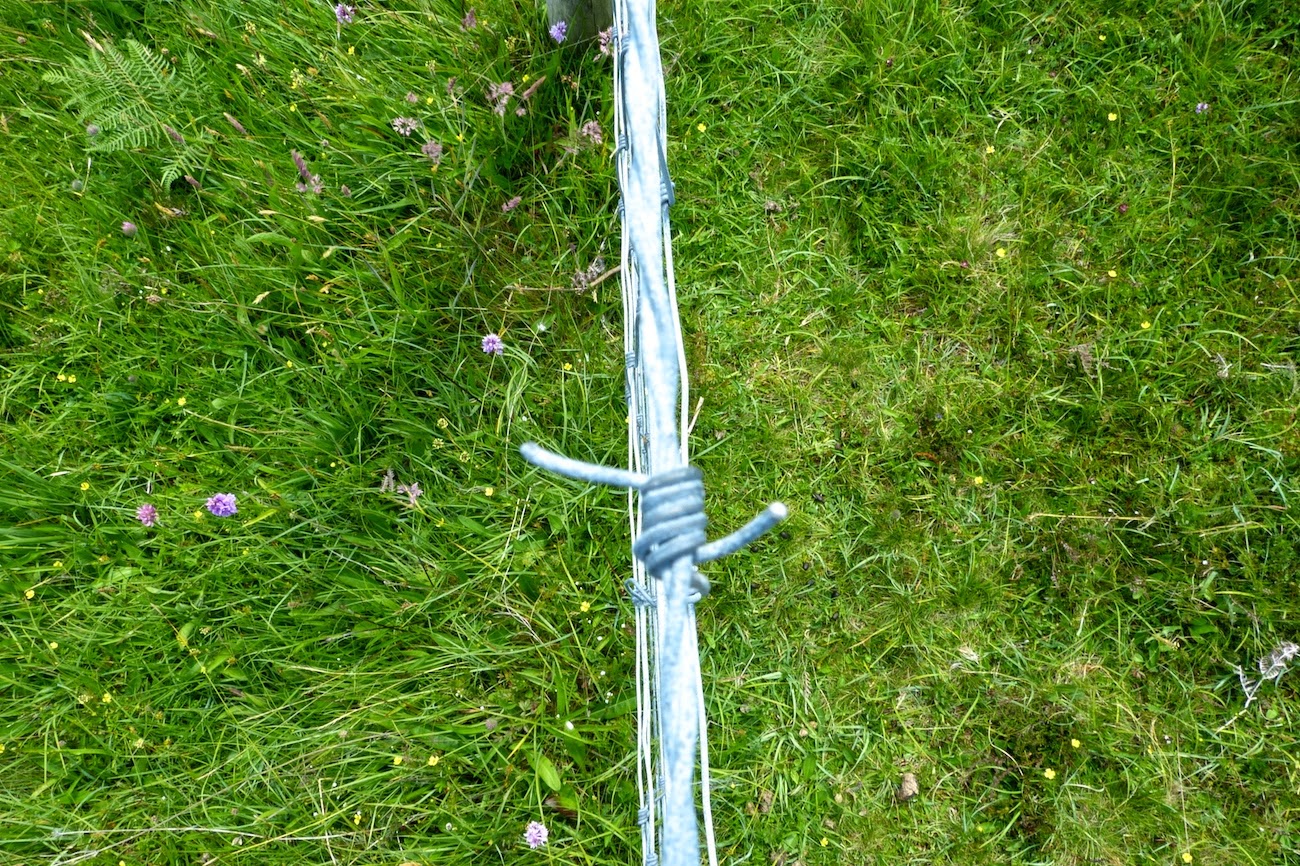 Not many years ago, the crofters of Ormsaigbeg replaced the wall with a fence which runs on the hill side of the wall.  Where the meadow, on the left, now largely clear of sheep, meets the common grazings, the effect of sheep grazing can be vividly seen.  The land on the croft side is rich with wildflowers, insects and small birds, and is, therefore, a wonderful place to spend an hour or two on a warm, sunny day. 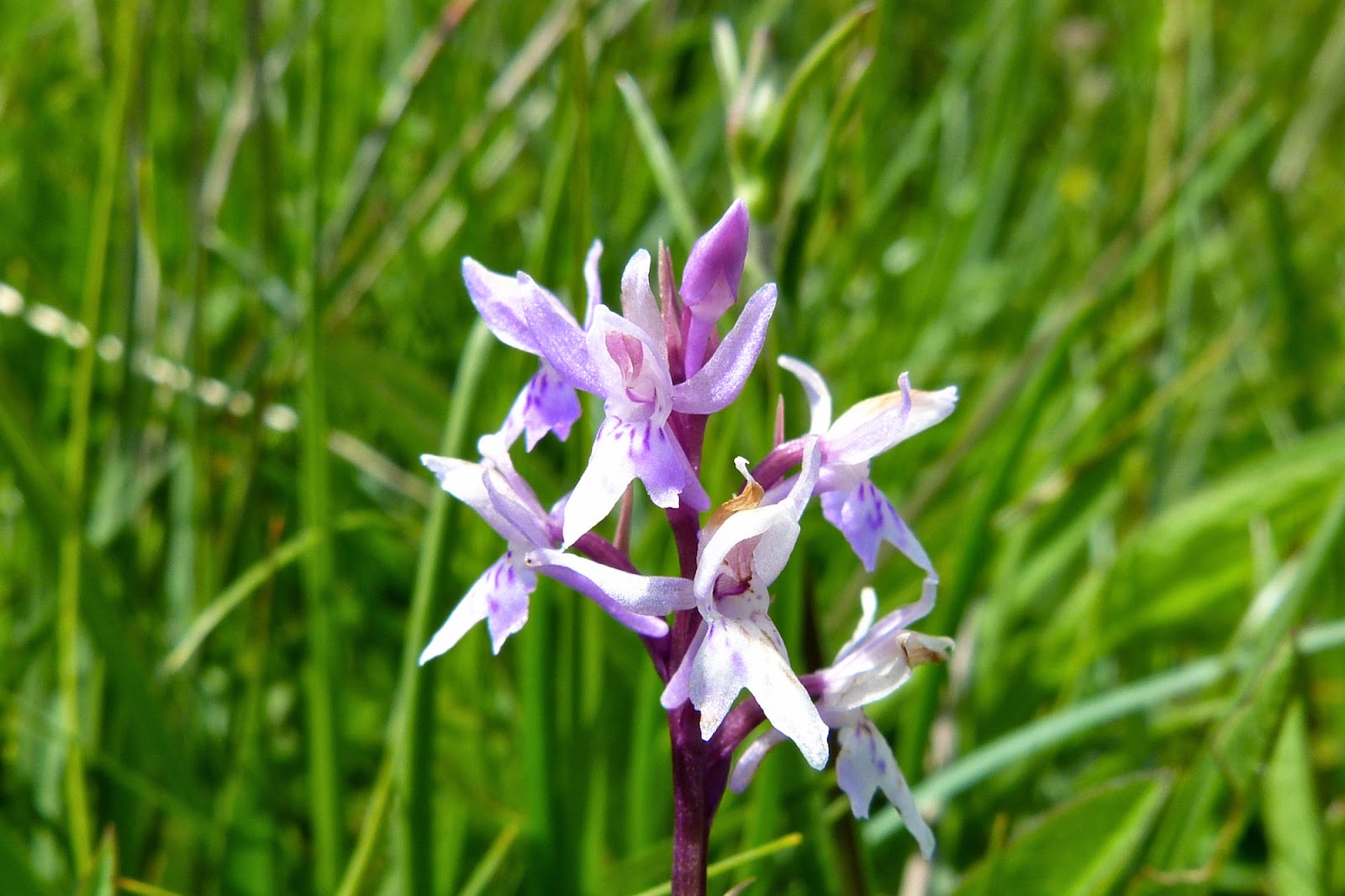 The area is home to at least four species of wild orchid, the heath fragrant, northern marsh, heath spotted and this one, which is most likely to be a common spotted although it's smaller and more delicate than most. 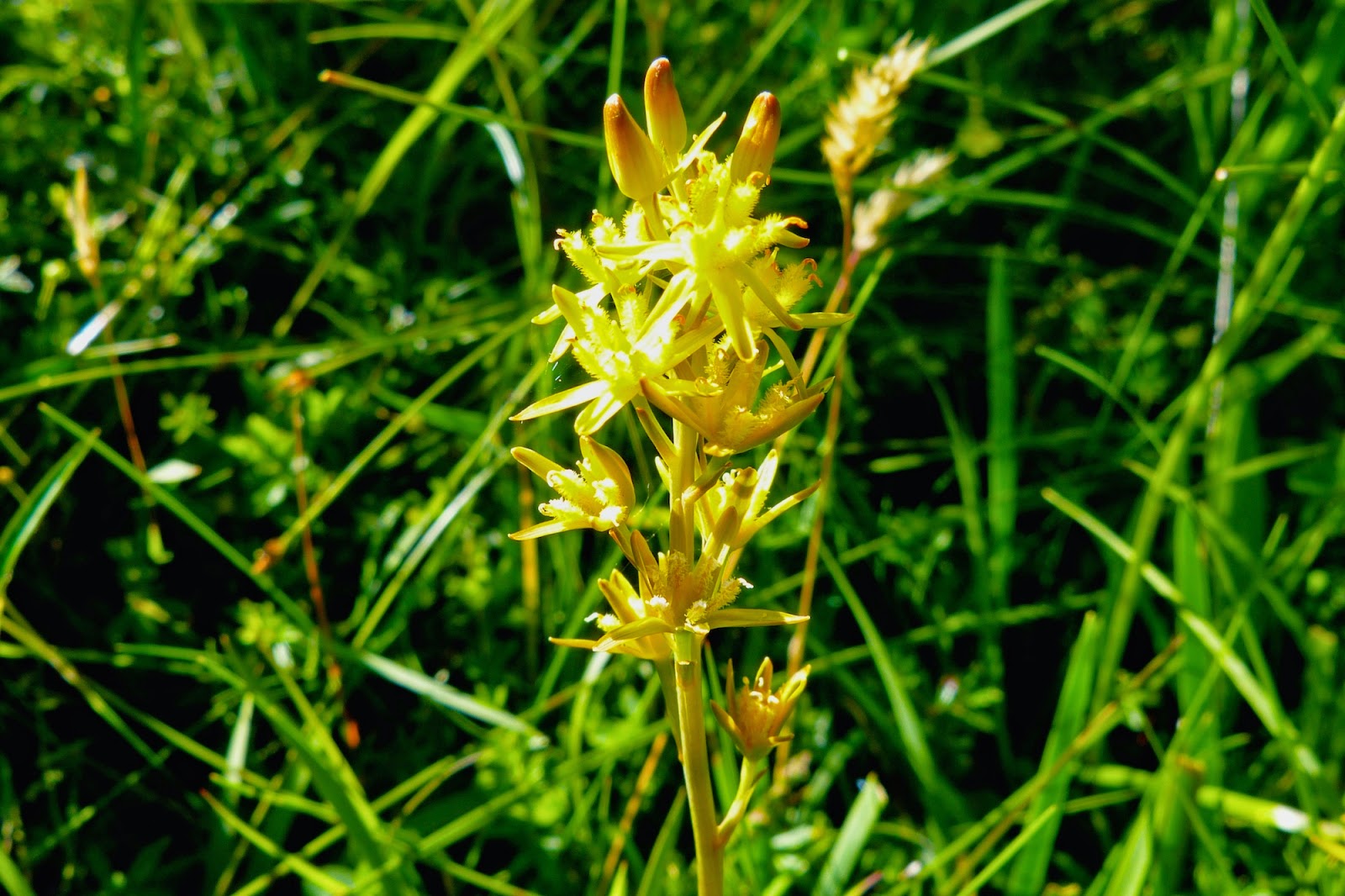 At this time of year, bog asphodel is in full flower in the damper areas.  It's supposed to be poisonous for sheep, but the sheep on the Ormsaigbeg common grazings seem to eat it happily as there are few blooming beyond the fence. 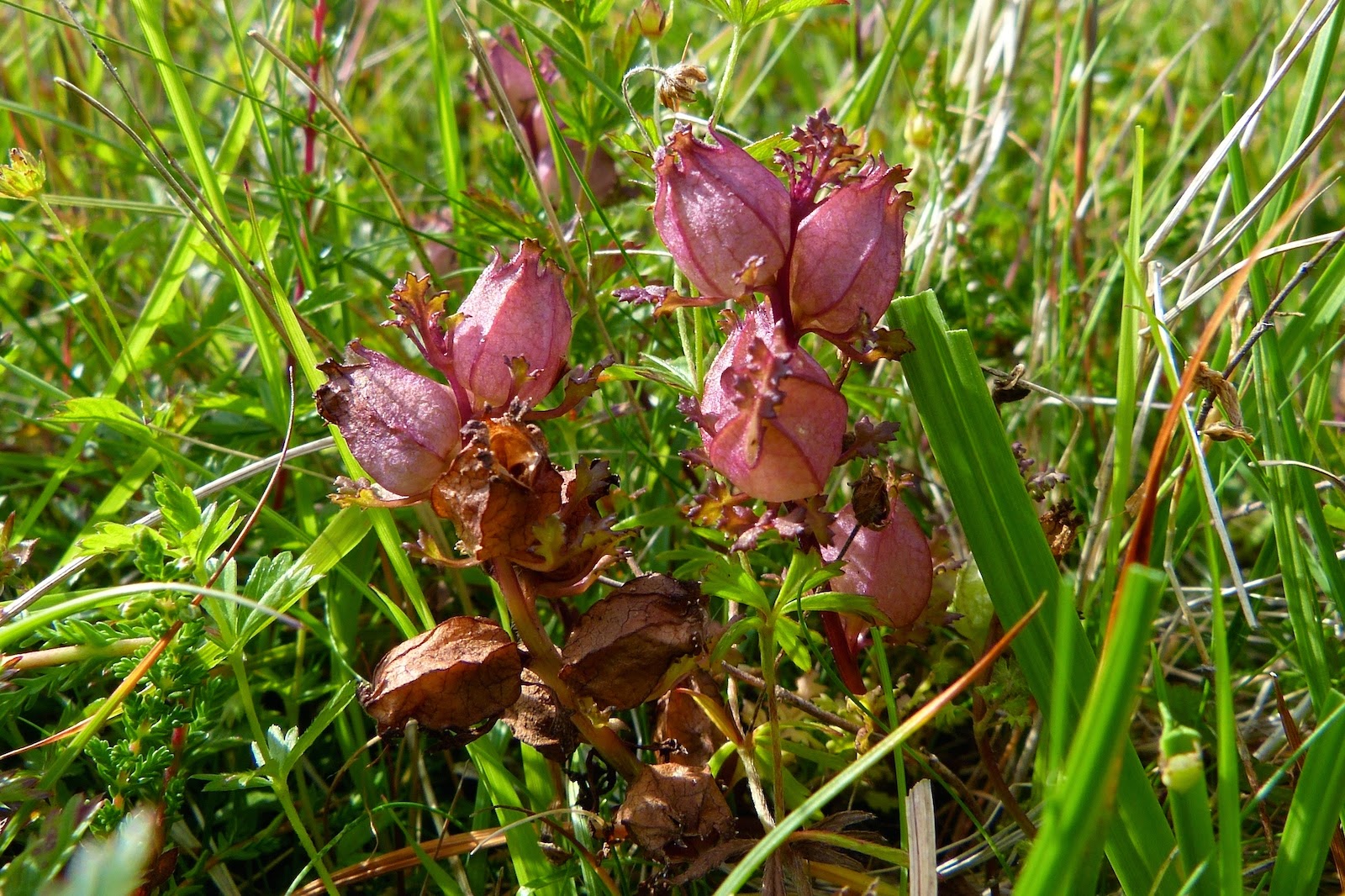 The greatest pleasure of exploring this meadow is through getting down to the level of the life that populates it, when the macro setting on the camera becomes a joy to use.  These are the seeds of lousewort, Pedicularis sylvatica, a species which seems to have done well this year.

The Diary plans to spend time this summer up in this meadow land.
Posted by Jon at 16:16