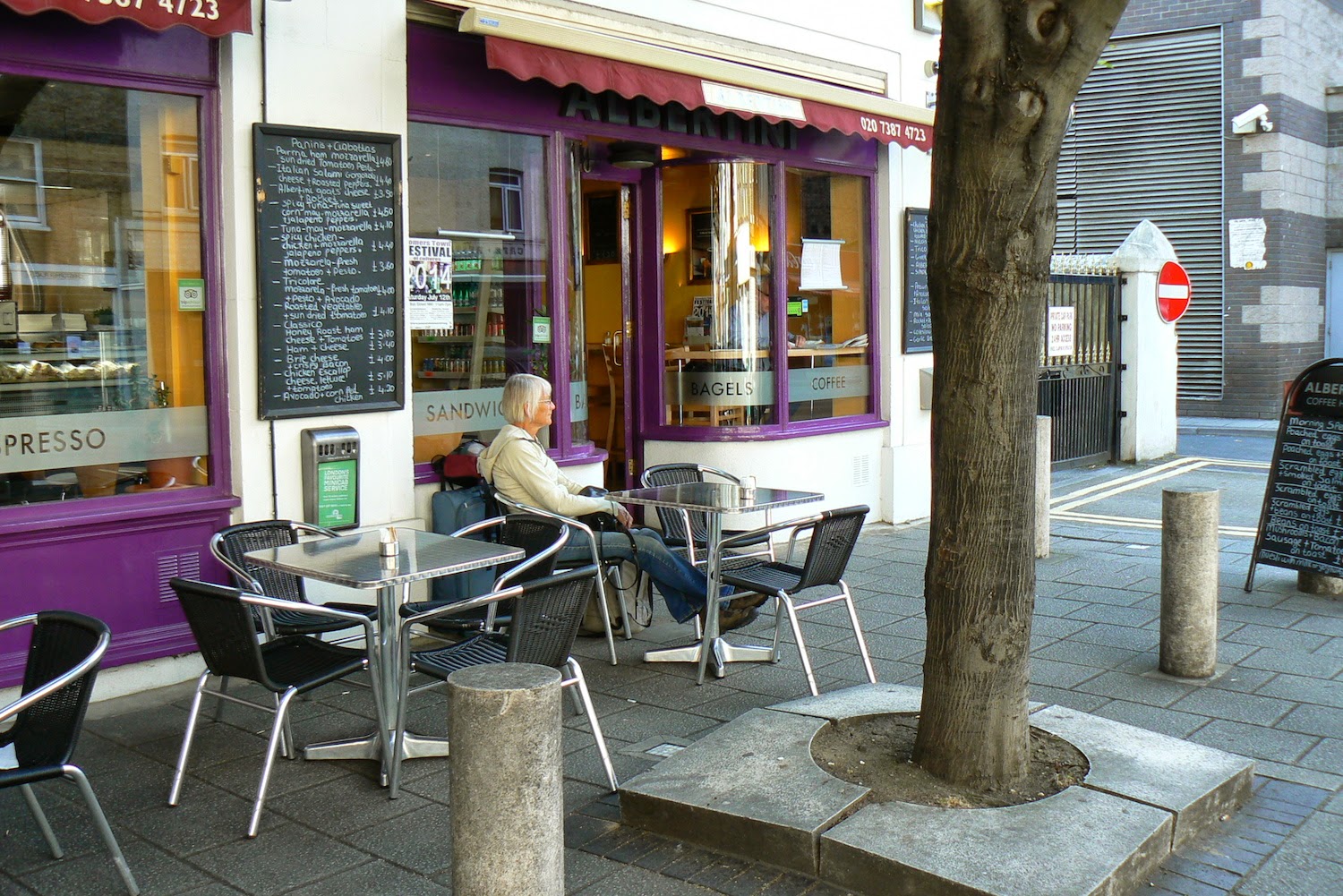 We've been away for a few days, visiting England.  As we have done many times in the past, we travelled down on the Caledonian sleeper service from Fort William, which arrived on time in Euston at 7.45.  As a service to the Highlands it has huge potential - we head straight for a pavement cafe for breakfast, after which we're ready to face the world - but it's still a sad shadow of what it used to be.  The outsourcing company Serco has recently been awarded the £100 million contract to bring the sleeper into the 21st century - see the announcement on their site here.  If they do it right, the idea of departing Euston at nine in the evening, enjoying a comfortable night's sleep, and then waking up to the splendours of Rannoch Moor, with connections on to Mallaig and Skye, should appeal to visitors from all over the world. 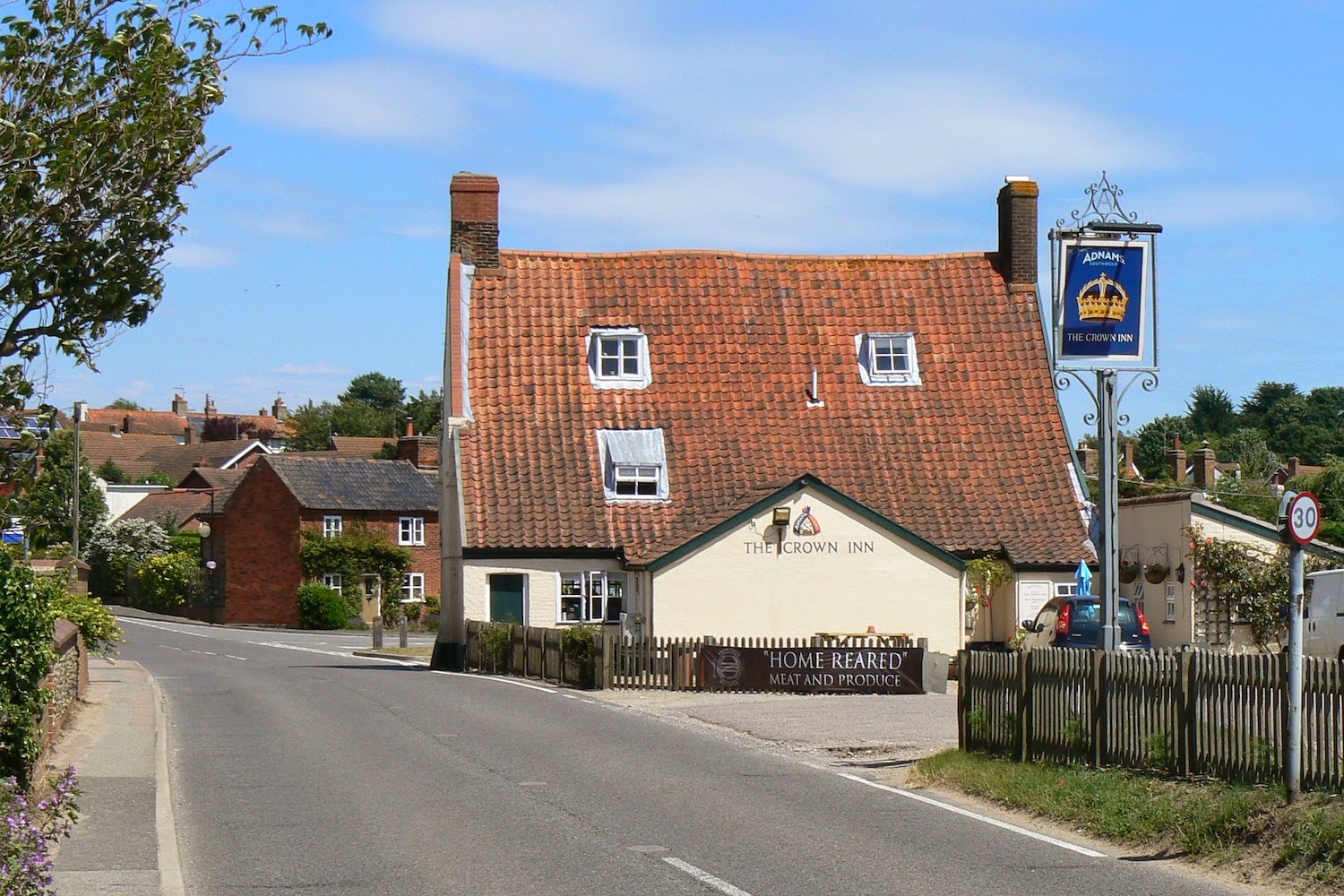 The visit was to see the family, but the Diary has a deep love of East Anglian ales, and made a point of stopping off in any many of Suffolk and Essex's pubs as was decently possible.  This is an Adnams pub, the Crown at Snape, which offered a warm welcome, good food and superb beer.  If there's one thing Scotland is short of, it's pubs like this one - though my favourite was the Vulcan Arms, a tiny pub in the shadow of Sizewell nuclear power station on the Suffolk coast. 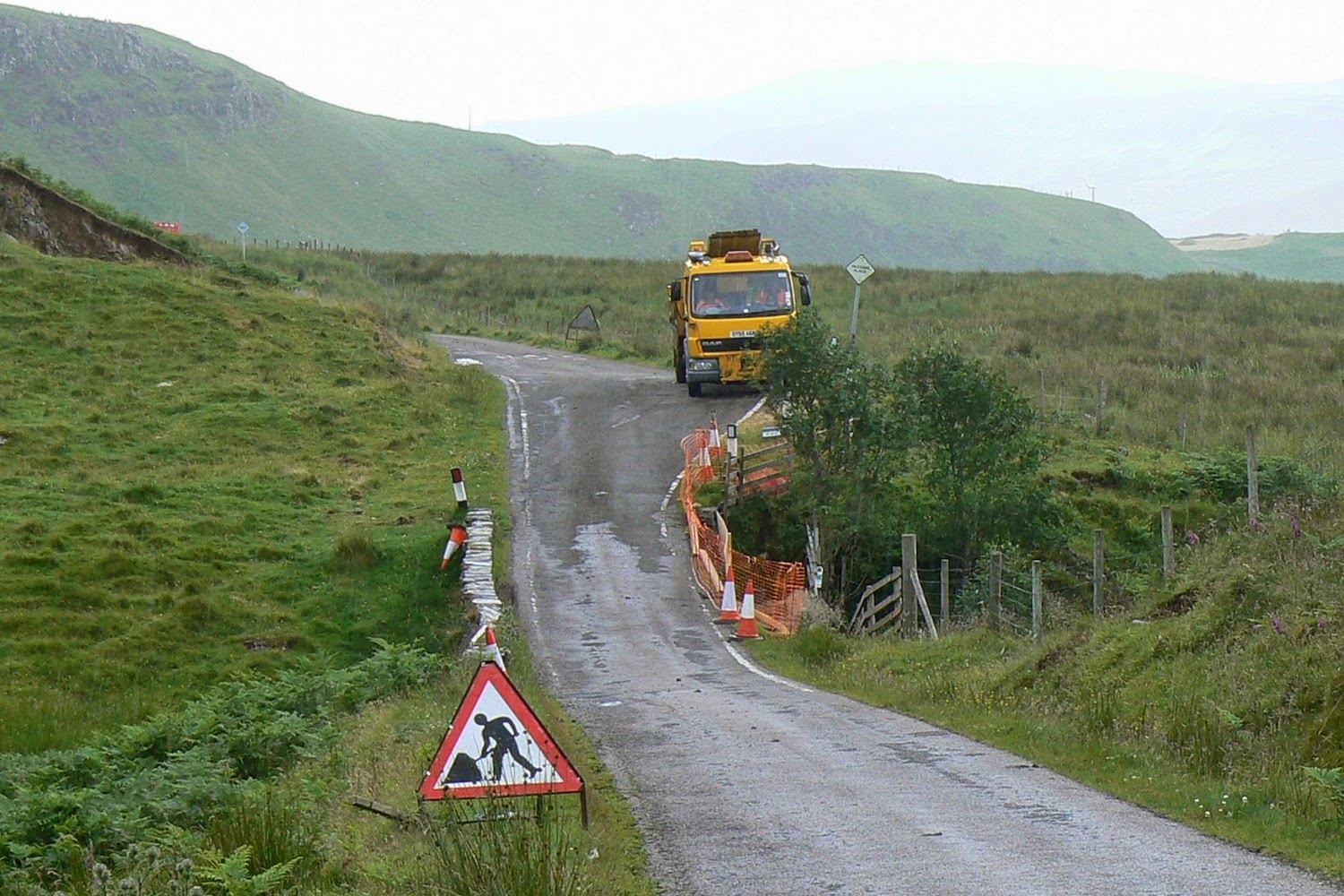 It's good to go wandering but even better to be back home, particularly when so much is happening in this community.  We came back to a day of sunshine and showers - England alternated between sunshine and heavy thunderstorms.  The bridge near Camas nan Geall is at last being repaired, though there was no sign of anything being done about the landslip at Ardslignish Brae, but the most rapid progress has been made.... 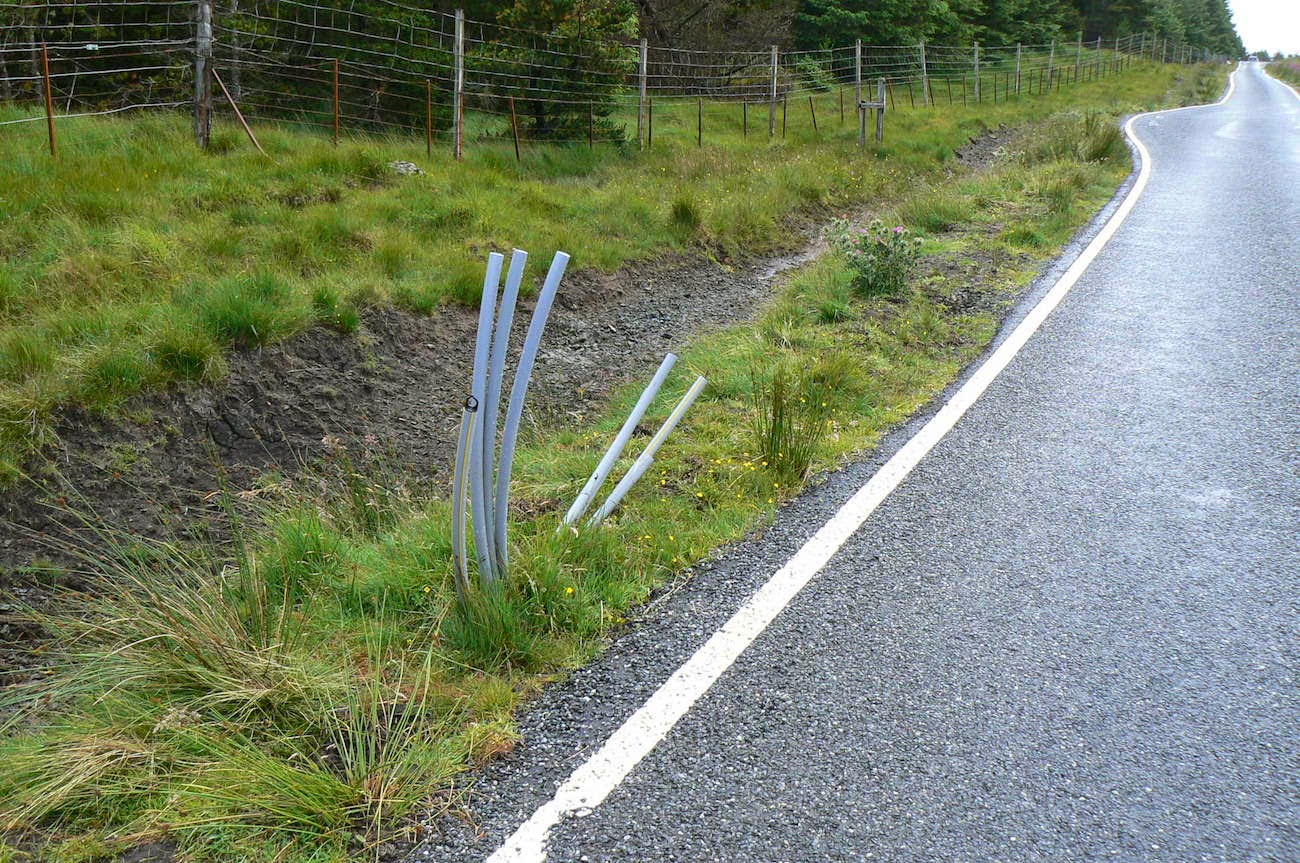 ....in the installation of the cables for our superfast broadband.  It's going to be wonderful to have the service but, as always, we're beginning to discover the snags - like, for example, that the upgrade isn't going to reach everyone.  At Community Council last night, we heard that it's not only the outlying villages such as Kilmory that won't benefit: even though the cable runs right past their doors, we understand that Glenborrodale residents won't get the service.

Community Council also had an update on the situation with our doctors.  NHS Highland looks as if it will now seek to appoint salaried GPs to serve Ardnamurchan and the Small Isles who, while they will be expected to do out-of-hours calls, will be supported by a system of nurse practitioners and paramedics, something the Community Council suggested when it first started talking to NHS Highland back in 2010. 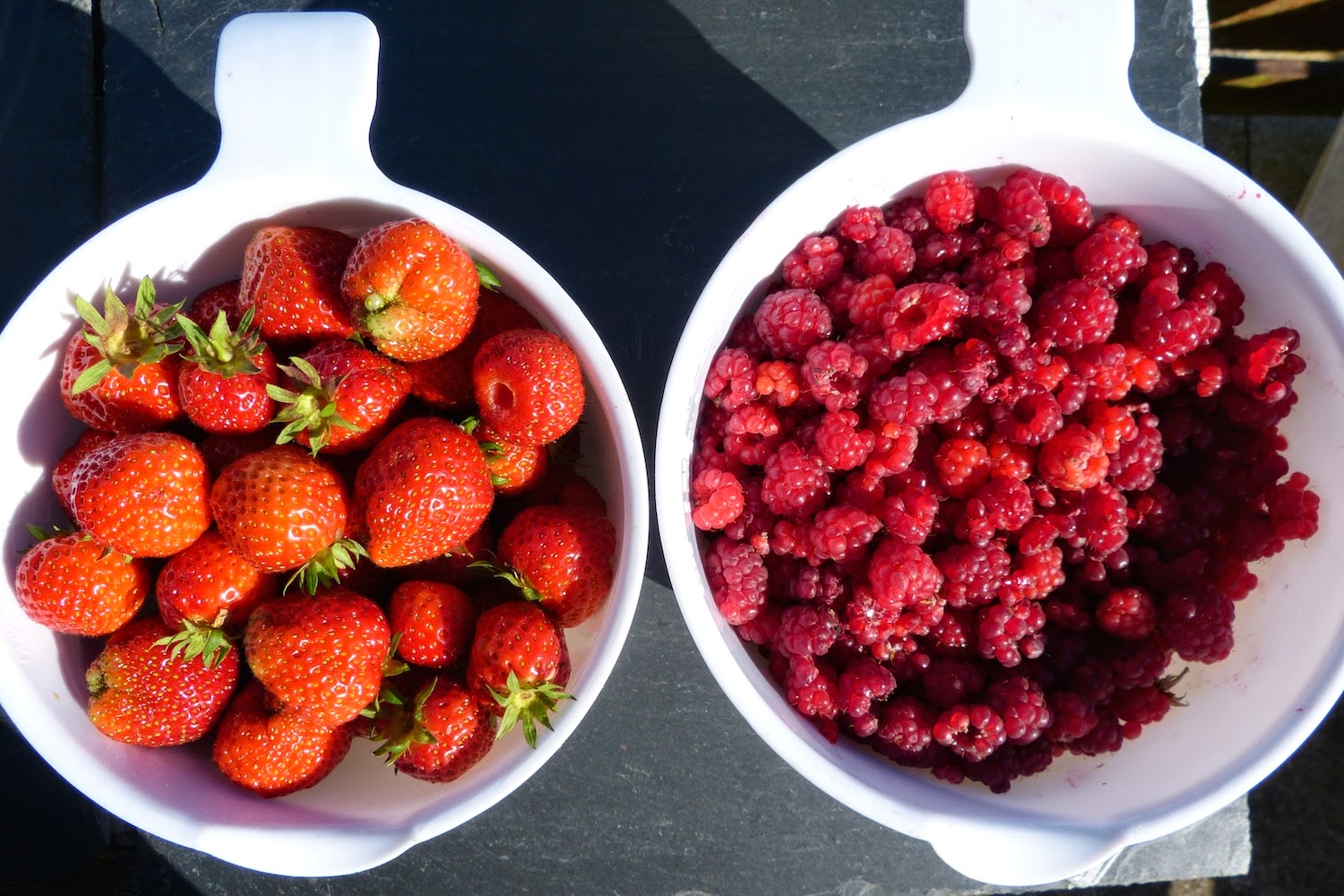 Yes, it's good to go wandering and see how the rest of the world lives, but it's even better to come home to today's sunshine and the beginnings of a bumper harvest of soft fruit.  The strawberries are for dessert this evening, and the raspberries will go into jam tomorrow - and this is only half of what we picked.


Many thanks to Rachael for running the Diary while we were away.
Posted by Jon at 18:34