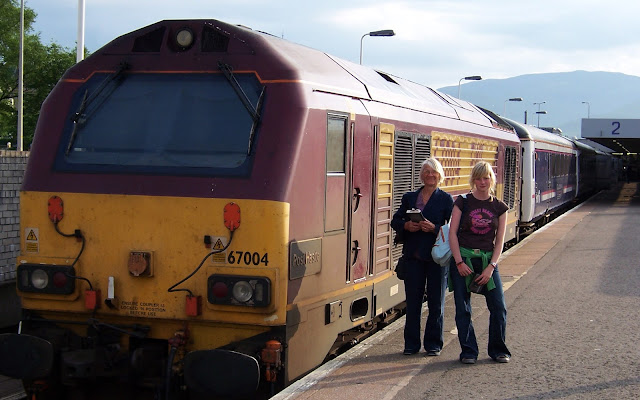 Some of our most exciting travelling adventures over the last few years have started at Fort William station when we boarded the overnight sleeper for London Euston.  That the rolling stock was ancient, the line so precarious that the train has to crawl over some sections of it, dinner a microwaved tinned haggis, and the breakfast non-existent - all really didn't matter.  The bar stays open late, the other passengers are friendly, and it's good falling asleep to the clickety-clack of the wheels along the rails. 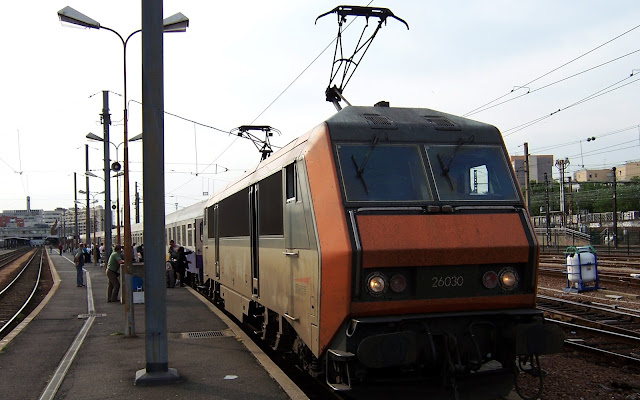 There are worse sleeper services: this is one, the Paris-Rome, pictured here about to leave Paris Bercy station.  At least the staff on the Caledonian Sleeper are cheerful and helpful, and the toilet isn't swimming in urine. 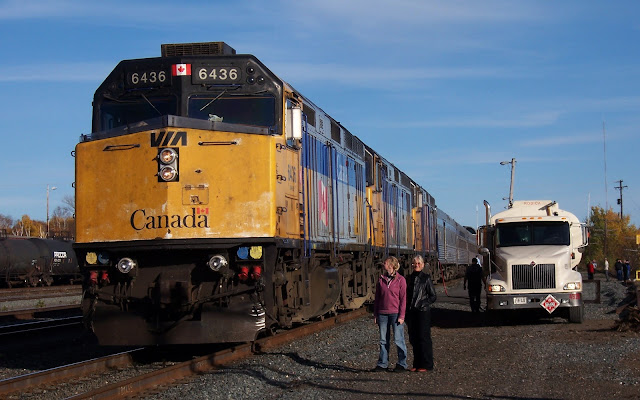 For us, the king of sleeper trains is The Canadian, which runs from Toronto to Vancouver, a four-day journey.  The cabins are comfortable, the food four-star, the service impeccable, the scale of everything enormous.... 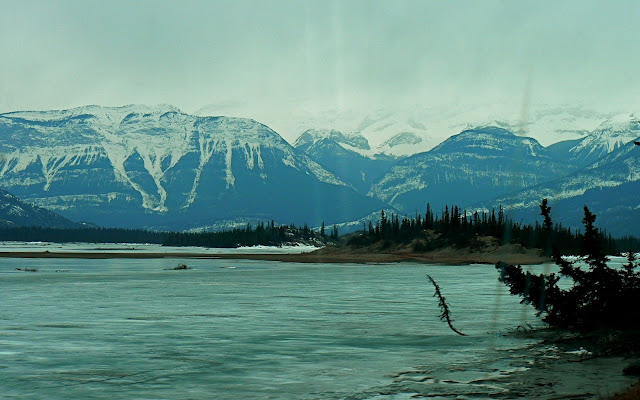 ....and the scenery magnificent, particularly as the train has viewing domes on top of some of the carriages where, if you can squeeze past the sleeping Japanese tourists, you can sit all day watching the world go by, while enjoying a glass or two of champagne. 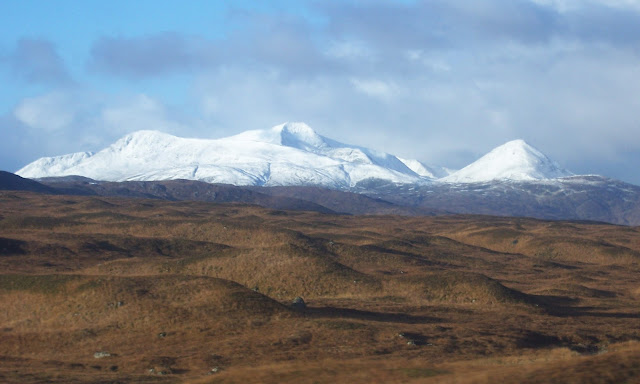 Not that the Caledonian sleeper doesn't have its scenery, which is almost as spectacular.  This is the view across Rannoch Moor, and the section down the gorge cut by the Spean River below Tulloch rivals Canadian grandeur.

The trouble with the Scotrail's Caledonian sleeper service (website here) is that it's almost impossible to book on it.  In January we wanted to book down to England in June, but they said they only released the 'slots' in mid-March.  How on earth can anyone plan their journeys when bookings are held until such short notice - and, if you do leave it until nearer the time, the tickets will probably have gone?  After several 'phone calls in March, we were finally able to book the train - but we had to book the outward and return journeys separately.

The Scottish and UK governments are about to pour some £100m into the sleeper services from London to Edinburgh, Glasgow, Inverness, Aberdeen and Fort William.  If they can be brought up to the sort of standard The Canadian boasts, we'll be thrilled - though we probably won't be able to travel because they'll be full of Americans and Japanese.  But please, please would First Scotrail kindly spend a little of that sum on a booking system fit for the 21st century.
Posted by Jon at 06:00