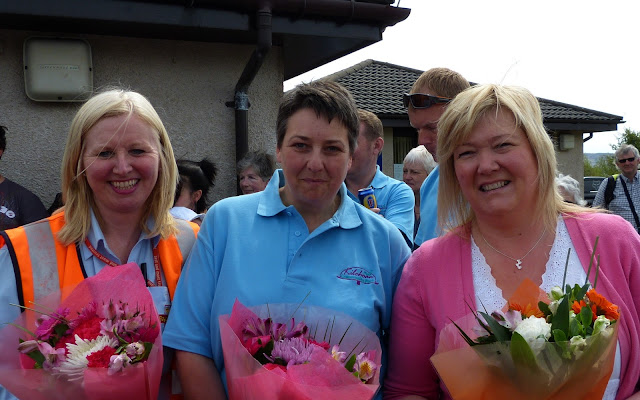 It was, said Rosie Curtis, chairman of West Ardnamurchan Community Council, in her speech which opened Kilchoan's magnificent new playpark,"the day we thought we'd never see!"  It's taken eleven years, from the time that Highland Council closed the village's playground, to raise the money and build, not a replacement, but something very much bigger and very special indeed.

Along the way, Rosie continued, many people had contributed in so many ways.  Marie, Sharon and Lynda (above) were three of the original committee who set the process rolling; others joined in as the effort was taken over by the West Ardnamurchan Community Development Company.  Others became involved in fundraising - long-term readers of the Diary will recall that a group of nine fathers and friends raised over £25,000 by walking the West Highland Way.  Others helped by giving of their time and effort in the building - builder Kenneth MacDonald from Acharacle, John and Jacqui Chapple of Steading Holidays among many others -  while Donald Houston of Ardnamurchan Estate gave the children the land.  Support came from outside bodies once the money started to accumulate - the Scottish Government and the European Community through Highland LEADER 2007-13, the Landfill Communities' Fund, the Hugh Fraser Foundation, to name a few. 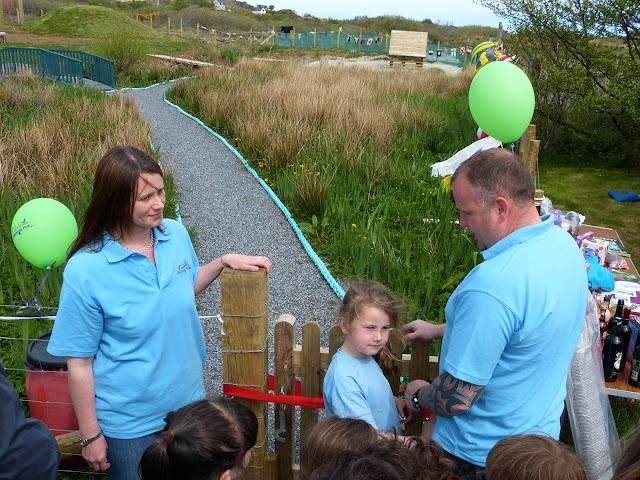 The event was opened by Holly Cameron, who cut the ribbon on the gate and allowed a flood of children to run up the path into the park.  Holly's little brother Caleb, who died in a tragic accident in 2009, is commemorated by a plaque in the park, and her dad, Bert, and his partner in their company MAP Ltd, did the groundwork and a lot else besides. 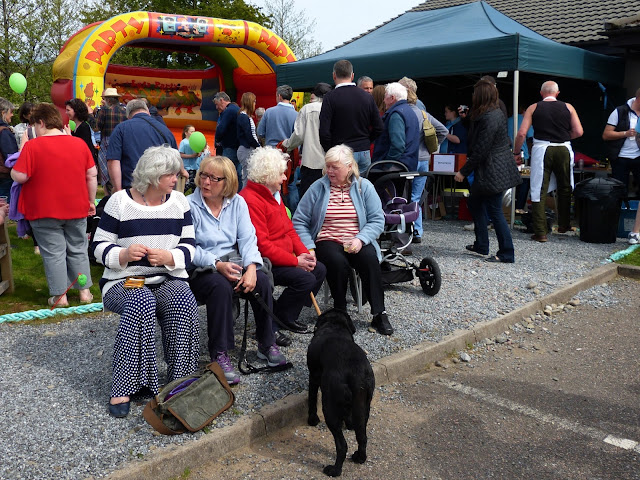 Around 300 people attended the event, and it's perhaps a reflection of how wide the effort was to raise the money that one person flew in from Saudi Arabia specially to be there. 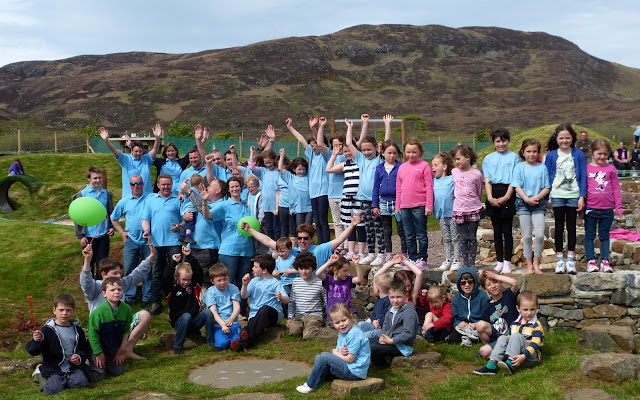 This group photograph brought together some of those who worked so hard to complete the project and those who are the main beneficiaries - the children.  But there is one thing that is different about this playpark, and it was noticeable that people were already beginning to talk about it as the Kilchoan 'Park': it's just as welcoming for adults as it is for children, with places to sit, paths to stroll along, marshy areas to encourage wildlife, and a small burn running through it. 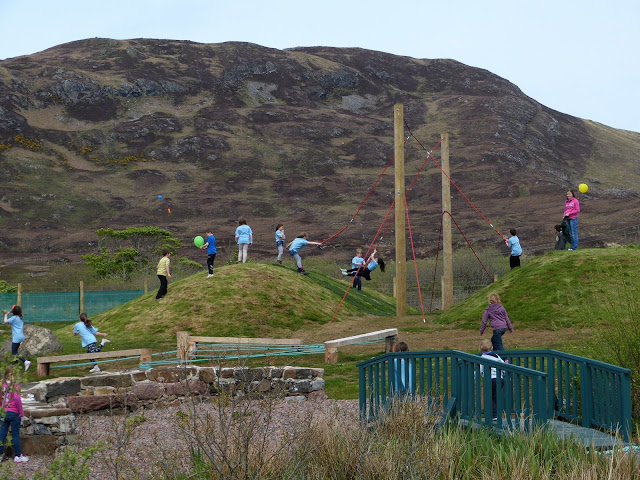 The proof of all puddings is, of course, in the eating, and from the way the children disappeared into the park and played happily all afternoon - while the adults were engaged in other forms of celebration - demonstrated what a tremendous success this enterprise has been.

The total cost of the Park was in excess of £100,000.  When one considers that the resident population of this remote community is around 250, the size of the mountain that had been scaled can be appreciated.

The Diary understands that the members of the West Ardnamurchan Community Development Company are afraid they may now get bored with nothing to do, so they have an AGM on 24th June at which the community is cordially invited to come along and give them a few ideas - invitation here.
Posted by Jon at 14:27