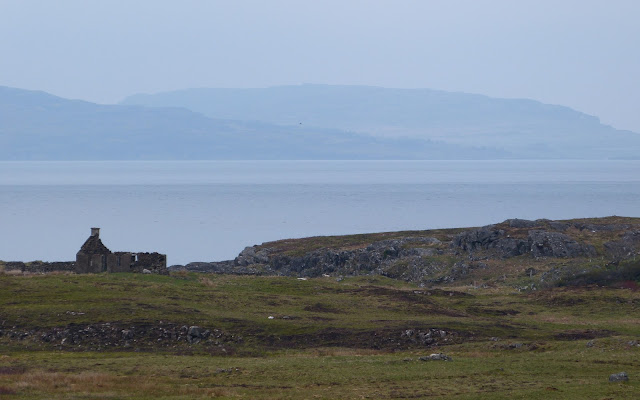 The day dawned grey in Kilchoan on Sunday so we drove six miles to the other side side of the peninsula in the hope that the sun was shining there - it happens - but it wasn't.  From the road dropping down into Sanna we looked towards the abandoned village of Plocaig and across a wind-patterned sea to the island of Eigg. 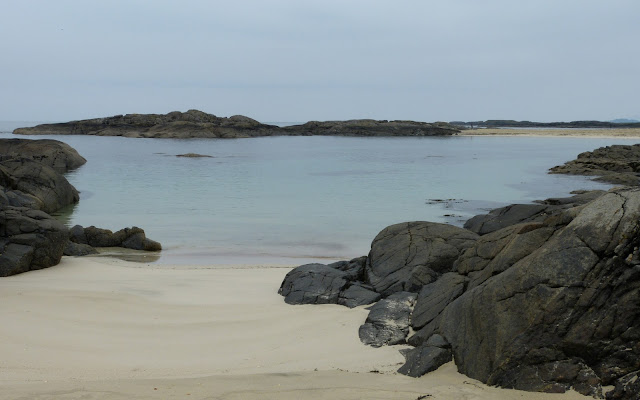 Our walk started along Sanna's beaches, the sand smoothed by the night tide, the water like oil in the bay.  We passed one other person.  The place was so peaceful the birds didn't want to move, allowing us close before they reluctantly flew away. 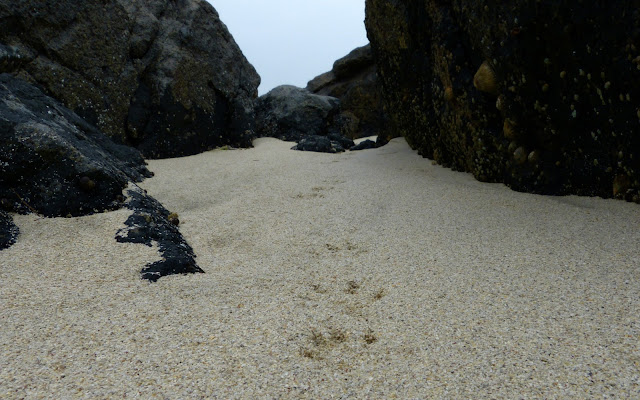 Printed across the pristine sand in one of Sanna's many little bays were the tracks of an otter.  With the tide falling and the tracks running almost down to the water, he must have passed only moments before, but we didn't see him. 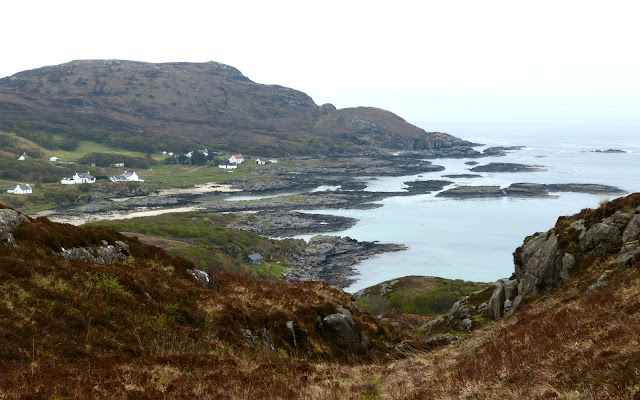 At the southern end of the beaches we climbed over the hill along the track that leads to Portuairk, as misty as anywhere else - though, with its reputation as the centre of the universe, it wouldn't have surprised us in the slightest to find it in bright sunshine.  Looking at this picture, there's little wonder that it's famous as a place for families to holiday, and a place in which to muck around in small boats. 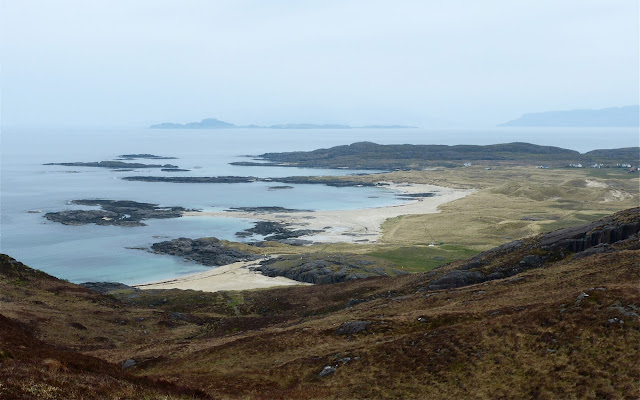 We then turned west, climbing further, up steep slopes that led us into the broken peaks of the volcanic ring dyke that forms the backdrop to Sanna township.  From them we had views across the settlement.  Look very carefully and you might spot one family with their dog playing on the sands.  The island just visible in the left distance is Muck, the one to the right is Rum.

The yellowish-green grass area is underlain by dunes formed of shell-sand blown in from the beach by the persistent westerlies, the brighter green is land cropped by generations of crofters' sheep. 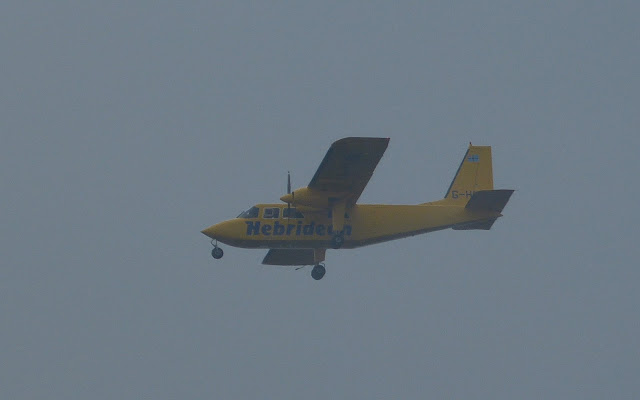 As we sat for a moment near the summit of Meall Sanna a 'plane came over, worryingly low considering the conditions.  It kept appearing and disappearing as it went in and out of low cloud.  The aircraft is operated by Hebridean Air Services who fly from Oban to Coll, Tiree and Colonsay, so it can't be one of their scheduled services, so it must be a charter - or lost.

This is the first time we've taken a serious walk in the hills since returning from holiday in Canada and, by the time we returned to the car after three hours of heavy going, our legs were complaining.  But we weren't.  Grey as it may have been, a walk around Sanna is always a pleasure.