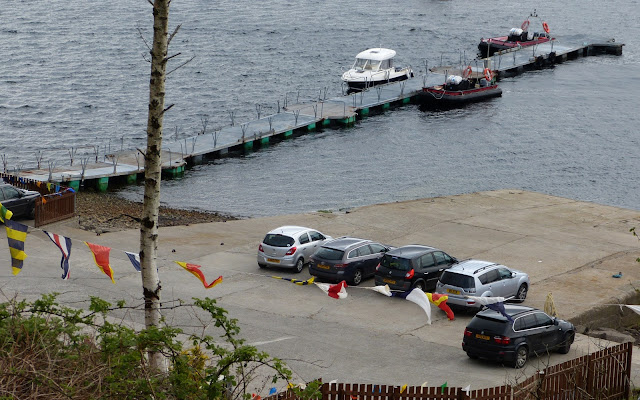 The team at Marine Harvest's Camas Glas salmon farm, located in the small community of Laga Bay, just along Loch Sunart from Kilchoan, held an open day on Saturday to which locals and visitors were cordially invited.  Several people from West Ardnamurchan, including manager Rosie Curtis and assistant manager Calum MacPhail, work at the farm, so it is an important local employer - see earlier posts here and here. 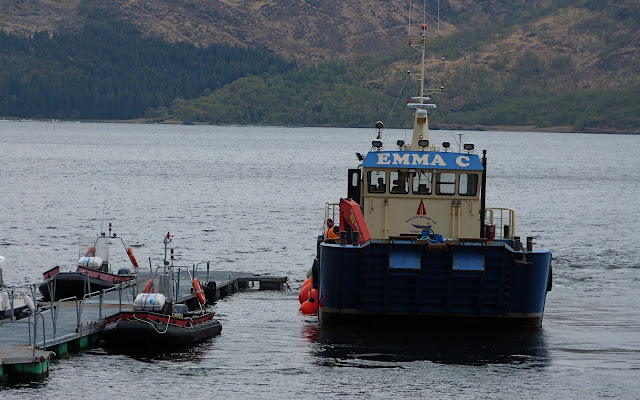 As we arrived, the support ship Emma C was coming alongside the pontoon.  At the same time, the first visitors were embarking on RIBs to be taken out to the salmon nets - just visible in the left distance.

At the shore base, we were shown CCTV pictures of the salmon swimming around in the cages, beamed live by wi-fi from the other side of the loch.  A display of photographs illustrated the history and work of the facility, and included some cheerful pictures of past members of the team.  Team members were on hand to talk to visitors and then help them dress in protective gear ready for the journey out to the cages. 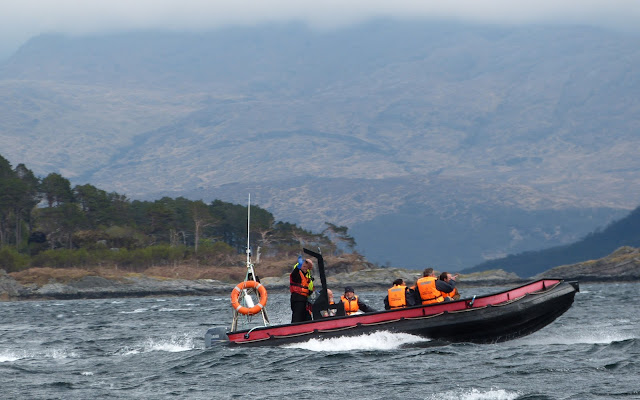 The nets are a ten-minute journey away across the loch from the shore base.  There was a stiff northerly wind blowing and a chop on the water, but the boats made light work of the conditions, giving visitors time to enjoy the stunning scenery along the banks of Loch Sunart. 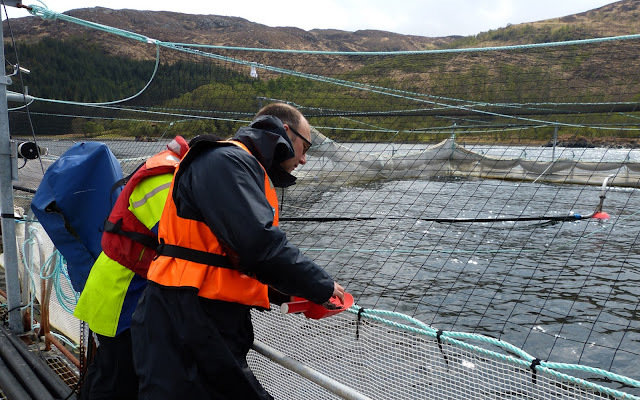 Once on the cages, visitors were encouraged to feed the fish.  One local restauranteur even tasted the fish food, and pronounced it both pleasant and highly nutritious.  The fish seemed to agree, coming to the surface and even leaping high out of the water.

It's three months since the Diary was last on these cages to see the first of the almost 1 million young salmon that are now there arrive.  The average weight of the salmon then was 43g; they now weigh some 149g, and have grown in length by about 50%. 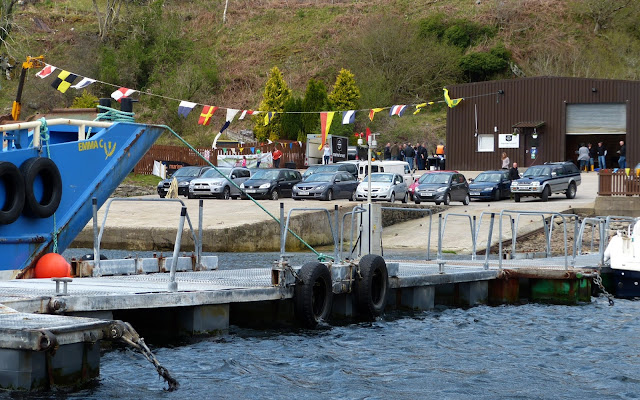 By the time we returned to shore a crowd of people had arrived and the reception was in full swing.  As might be expected, barbequed salmon was the main item on the menu, and first class it was, as well as a range of cakes and biscuits, much enjoyed by the children, who also had a bouncy castle to keep them amused.

Many thanks indeed to the Camas Glas team for a very pleasant and much-enjoyed day out, and to Marine Harvest for their hospitality.
Posted by Jon at 15:16