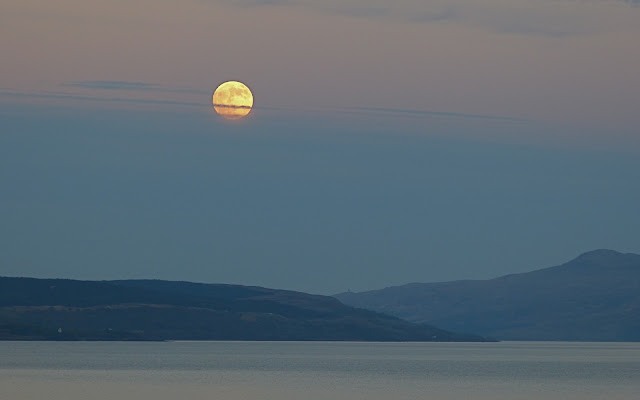 Last night's moon was a day off full, but it made a spectacular arrival at the end of a wonderfully sunny day.  Picture shows it a few minutes after it rose over Morvern. 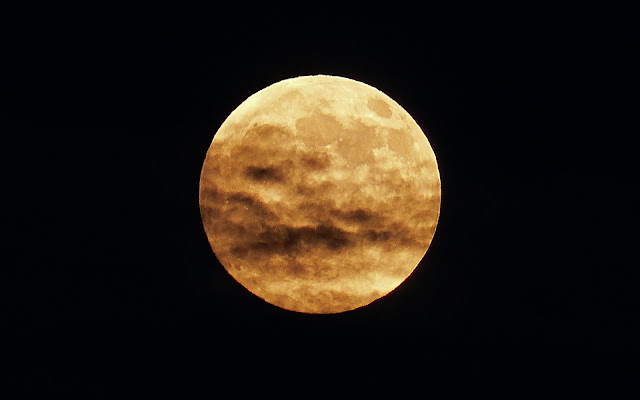 A supermoon is described as a moon which is at or very close to its perigee, its closest point to Earth - so, presumably, it looks a bit larger than usual.  This picture is from The Raptor - for which many thanks - and there's another picture, and more details, on the EarthSky site, here. 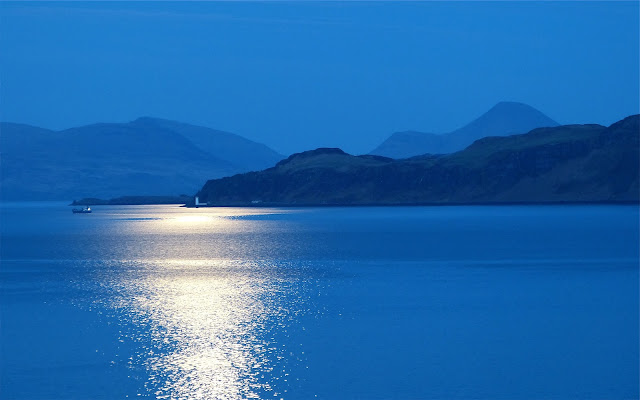 Later, the moon stood over the Sound of Mull, bathing it in light.  That's Tobermory lighthouse in the left distance, with the cargo ship Burhou I passing.
Posted by Jon at 17:21